This is my review for one of the most sadist and violent series of games ever made. 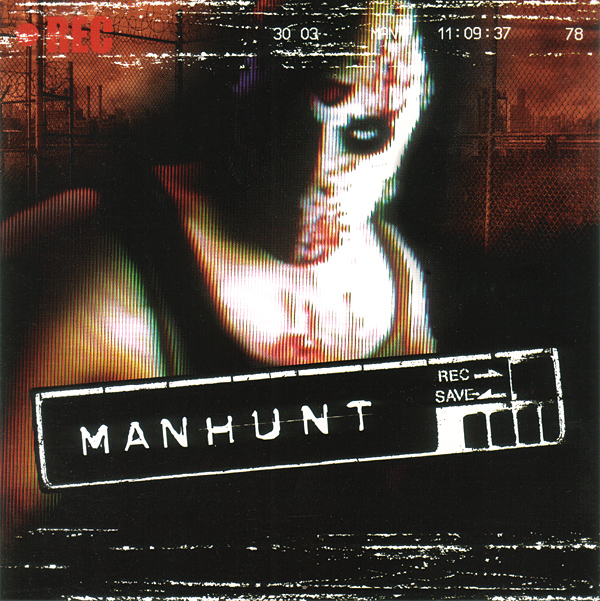 Everybody knows that as the videogame industry grows up, everything takes a next step, the graphical quality for example, stands as one of primal that evoluted in the videogames. They tend to stay more and more realistic each day, but to be more realistic, more than graphics, there has to have violence.

But in 2003, a game released by Rockstar Games brought a new sense to violence in the videogames, it is Manhunt, developed by Rockstar with versions to the PS2, Xbox and PC. 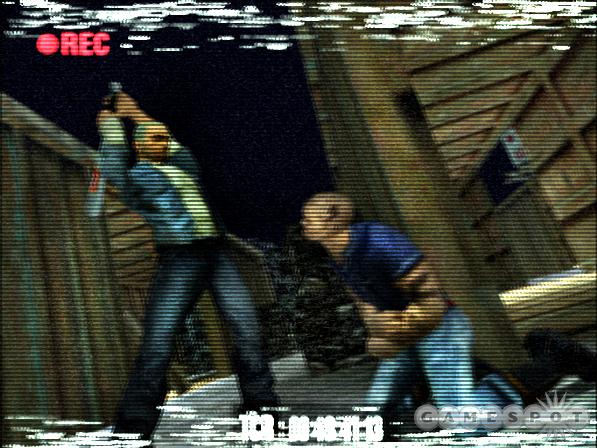 The story of Manhunt starts when James Earl Cash, a serial killer, is sentenced to death by lethal injection, it was all going like normally would happen, if he hasn't survived, because someone have made the executioners give him sedatives. He wakes up and hears the voice of his savior, Lionel Starkweather, a director of snuff movies . He (the director) decides to make a deal with him, in change for rescuing James, James had to be the principal actor in one of his movies, what he had to do? Kill.

Starkweather will watch every step of yours by using many cameras spread along the map, also he makes you use an communicator earphone so he can give you hints what to do next, or just scream of happiness by watching you kill. 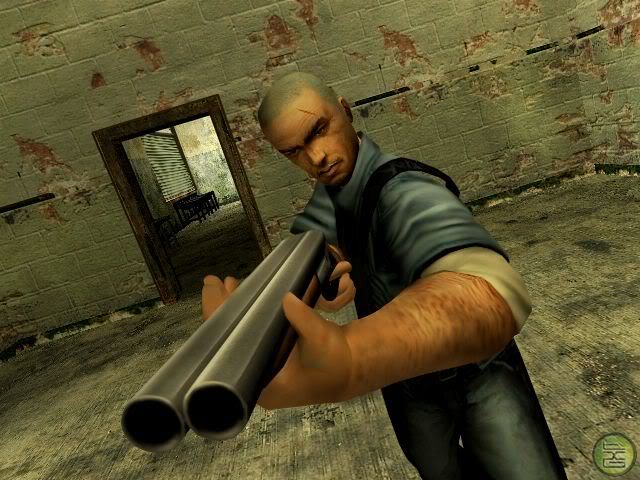 The gameplay of Manhunt consists in performing an execution, within three levels of violence, those are Green (hasty), Yellow (Violent) and Red (Gruesome). The longer you hold the execution button, the more terrible will be the execution. To perform the executions, you have to be behind the person you will kill, that can be a little hard since in some parts of the game, there are many of them, sometimes armed with a fireweapon. 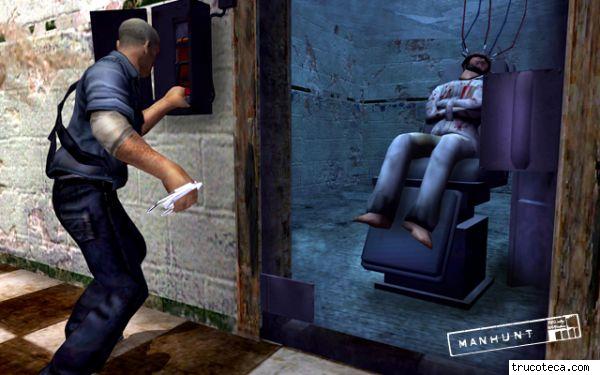 But there is the fun part, you have to trigger them to move, you can do that by simply throwing bricks or any other objects (even a head!) on the wall or the ground and make them come to you. "Oh, but if they see you?". They won't, since there are many dark spots all over the map where you can hide and wait for your prey.

You can see you score at the end of each level, and, depending on how violent were you kills and if someone sees you (difficulty also counts). 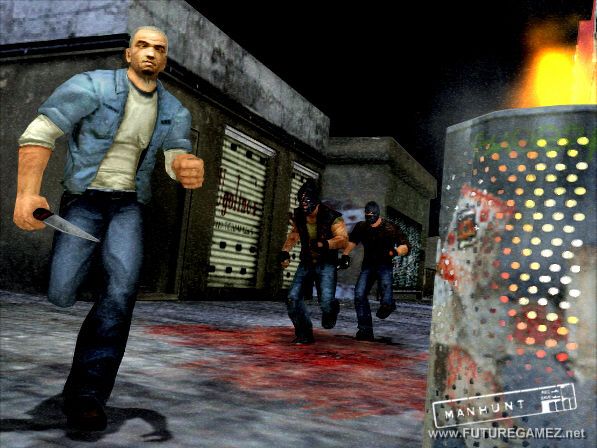 The game takes place in "Carcer City", a fictional city somewhere in US. The environments are very dark and the predisposition of the elements like destroyed cars, blood everywhere and destroyed buildings, also full of gangs, makes it feel that the city has been abandoned and now is in control of these gangs, of course controlled by Starkweather. 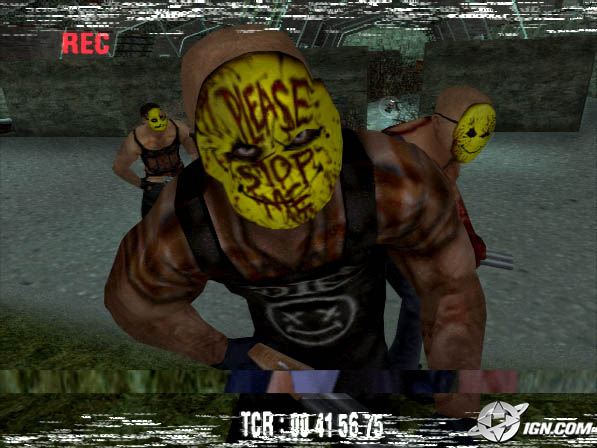 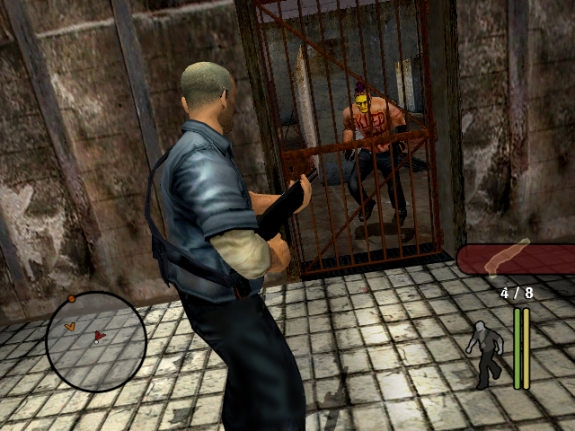 Manhunt was well received by the critics, although being very violent, and has been polemic to the point of being banned in over 30 countries, including U.S. In a level of the game, you have to kill Starkweather's "workers" in order to rescue your family members, kidnapped by the own director in order to make more scenes for his sickly movie. If you didn't make it, they die, and that doesn't mean "Game Over", they die and you continue playing knowing James's family members are dead.

And as Rockstar Games likes to be polemic, they've done a second game, named Manhunt 2, it was released in 2007 for the PS2, Wii and PC. Differently from the first one, it is not a direct sequel to it.

It starts when Daniel Lamb, an ex-cientist working in a company named "The Project", was working in a research called "The Bridge",which consists in putting someoneelse's personality in any person's brain. It all go wrong when he tests in himself, and he is put in an Asylum for 7 years. When a blackout happened to the systems of the Asylum, opening all the doors of the internals, he escapes with his friend, Leo, also an internal. But before Daniel escaped, Dr. White injects a medicament and he forgets who he is and why he was there, he starts a violent and gory pursuit to remember who he is and punish those who put him there. 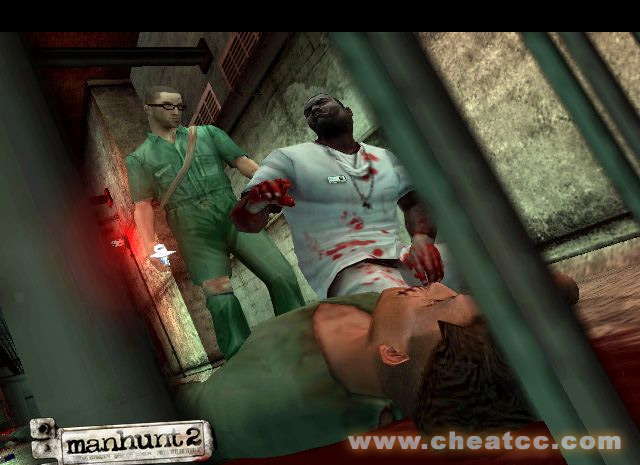 Differently from the first one, Manhunt 2 has a psycological violent themed story, that makes you play it again and again. It's story is so complex, that you will have to end the game at least 3 times to understand what Manhunt 2 really brings to the player, and who Leo really is.

Just like in Manhunt, this second game consists in the same thing, execute, but now there are more weapons to use, and the exections were changed for different animations, due to be a completely different character with another personality. There are some upgrades did to this version, now there is environmental executions, where you can hang somebody with a hook or either throwing him in a Ironmaden (species of coffins full of thorns inside) to kill in a more gruesome way. There is also a Jumping execution, where, in a higher height, you can perform a gruesome execution using any weapon. The guns can now be used to execute. 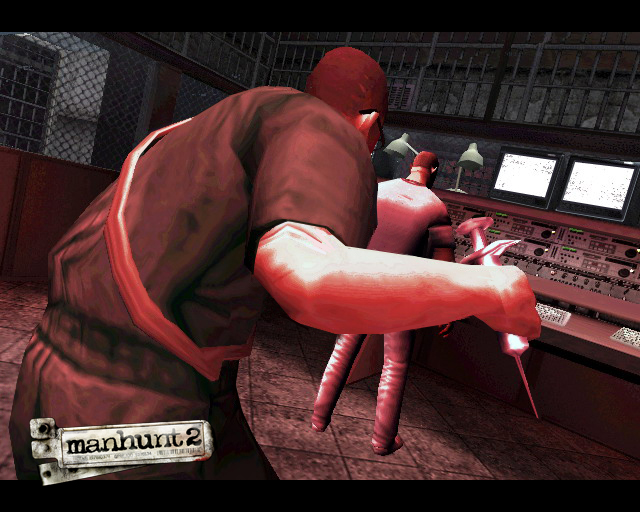 This version of Manhunt, not only more violent than the first one, has an exclusive edition to all Wii owners of it, where you can use your WiiMote to perform the executions, in a sort of animation, if you do every move the correct way, you will have your execution with a different "taste", you could simulate
you were the killer, bringing even more polemic and realism to the game. The Wii version also has 2 exclusive weapons, the Katana and the Mace. 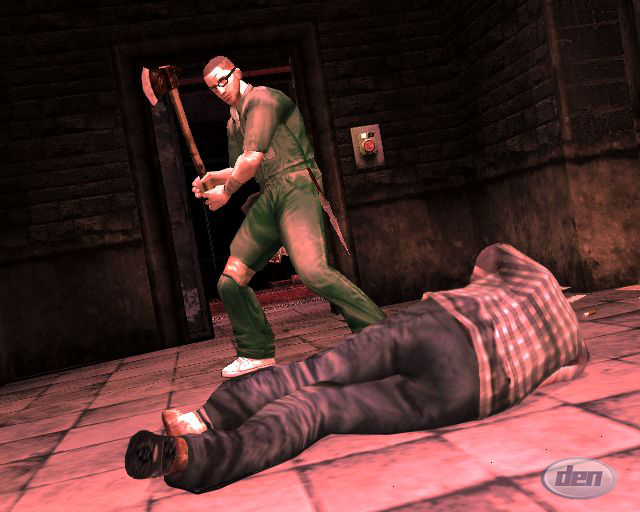 The environments of Manhunt 2, like in the original, are very dark and obscure, but this time, it shows more obscure details, with graphical violent environments full of torture machines and there is also more "urban" maps, in which you can see the neighborhoods and also kill them. 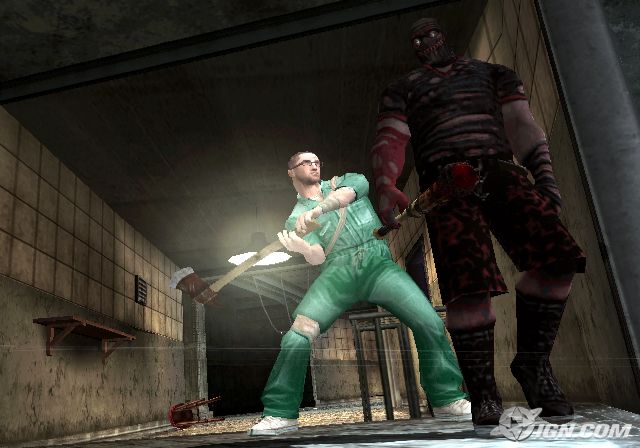 The enemies in Manhunt not so much different from the others, but they are smarter and they will try to track you down in th dark spots, so then you will either stand inside a animatede circle with the mouse or the WiiMote or make a combination depending on which version you have.

Manhunt 2 also has had different reviews, but it is way more polemic due to use of more violent and gory executions, sexual themes and a psycological thriller the first didn't had. It has been banned from over 100 countries. Rockstar made many modifications to the game to make it be released in UK, but, unfortunately, the british will have to make use of piracy since the government didn't allowed Manhunt 2 be released there. 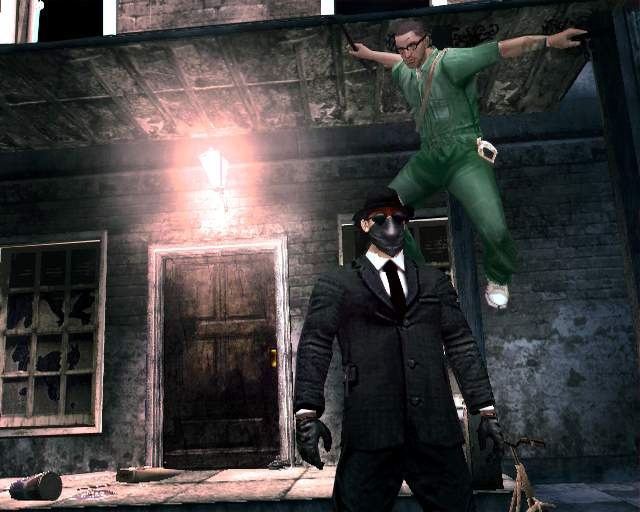 For me, Manhunt proves not only to be a violent game and having a scary and sadistic gameplay,but also has a different and thrilling story, that called the attention of the world, and has a legion of fans. It is what I call a "Bloody Miracle". It wll always be remembered and I doubt that Rockstar isn't going to make a third game, since they like to be polemic. 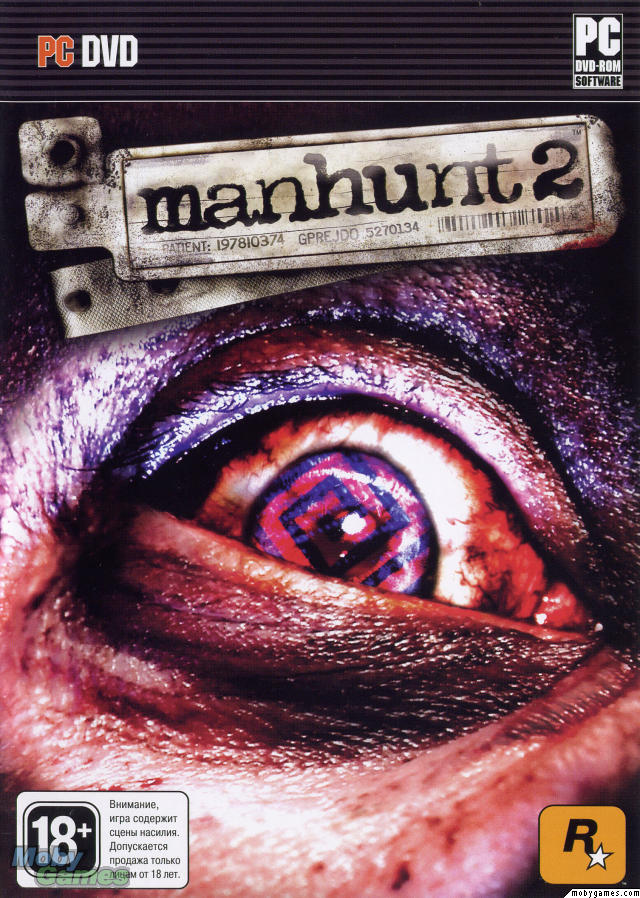