A start for us and small presentation of our works and ideas.

A few of you guys heard about us, we have been working hardly for 3 month, but today we are proud to announce our first preview.
The Revenge of the Turul is a add-on for Red Orchestra Ostfront 41-45 that focuses on the battles of the Royal Hungarian Army during the Second World War on the Axis side from battle on the Don river (summer of 1942) to the Defense of Budapest (1944-1945).

I. Is the First phase you have opportunity to meet the Hungarian Tankers, to fight with the germans against the Mother Russia. With tanks such Toldi I, Toldi II, Turan I, Turan II,Zrinyi II, PzKpfW 38(t), Jagdpanzer 38(t) "Hetzer". But not just the Hungarian army have there tanks, but russian are equiped with SU100 Tank Destroyer too.

II. In the second phase we want to equipe the Royal Hungarian Army with an arsenal. From small arms to large static or mounted AT guns, like Frommer 37M Pistol, Kiraly 39M and 43M SMG, 31M Solothurm MG, the standard Pak 40 and Flak 36.

Maps:
First Battle of Uryw 1942 summer, on the morning of 18 July the first Rendezvous with the russian forces. At the end of the day they pushed the Russian to the Don river. The Hungarian were equiped with Panzer 4 Ausf.F1, Panzer 3 Ausf.M, Toldi I, and Csaba 39M, and the Soviets were equiped with T60, KV1, T34/76, and supported by Zis-3 AT guns. 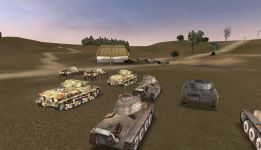 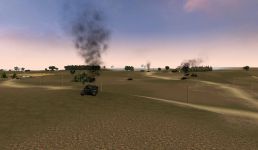 Arad
The 3rd Hungarian Army started offensive from Alföld to Arad-Temesvár on 13 September 1944, and the same day they captured Arad, but the offensive was stopped by the Soviet forces and at the end of September the Hungarians were forces back to the Trianon border. The Hungarians were equiped mainly with Hungarian manufactured tanks.

And many other maps.

Positions are still available for mappers, texture artists, coders, and animators.
Here are some work in progress images. 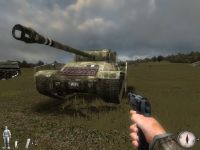 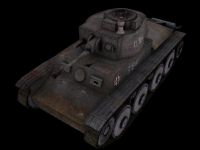 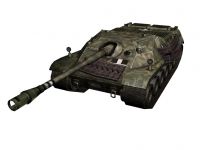 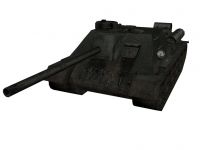 Damn really intressting guys. But what i would suggest you to do is to contact the now dead CC team and try to get their stuff+also contacting MN to get their italian equipment... Basicly gathering up the minor axis allies in one mod. Since what i think people have to remember is that Germany wasn't the only country fighting the Soviets.