A newly released psychological-horror/sci-fi mod. While it has some flaws, it prevails in many, many other areas.

Return, released Jan. 3 2011, is our latest science fiction mod for source. In all the time that source mods have been around, we've had a bit of a curse with the futuristic sci-fi mods. They always seem to end up as these small projects that have dozens and dozens of well-made models and excellently crafted textures and maps, yet only have a gameplay of around 20 minutes. While "Return" only reaches about 25-30, it appears that the creator may be extending the series and finally make some more excellent episodes. But while we wait to see if he does, lets go into a review of "Return". 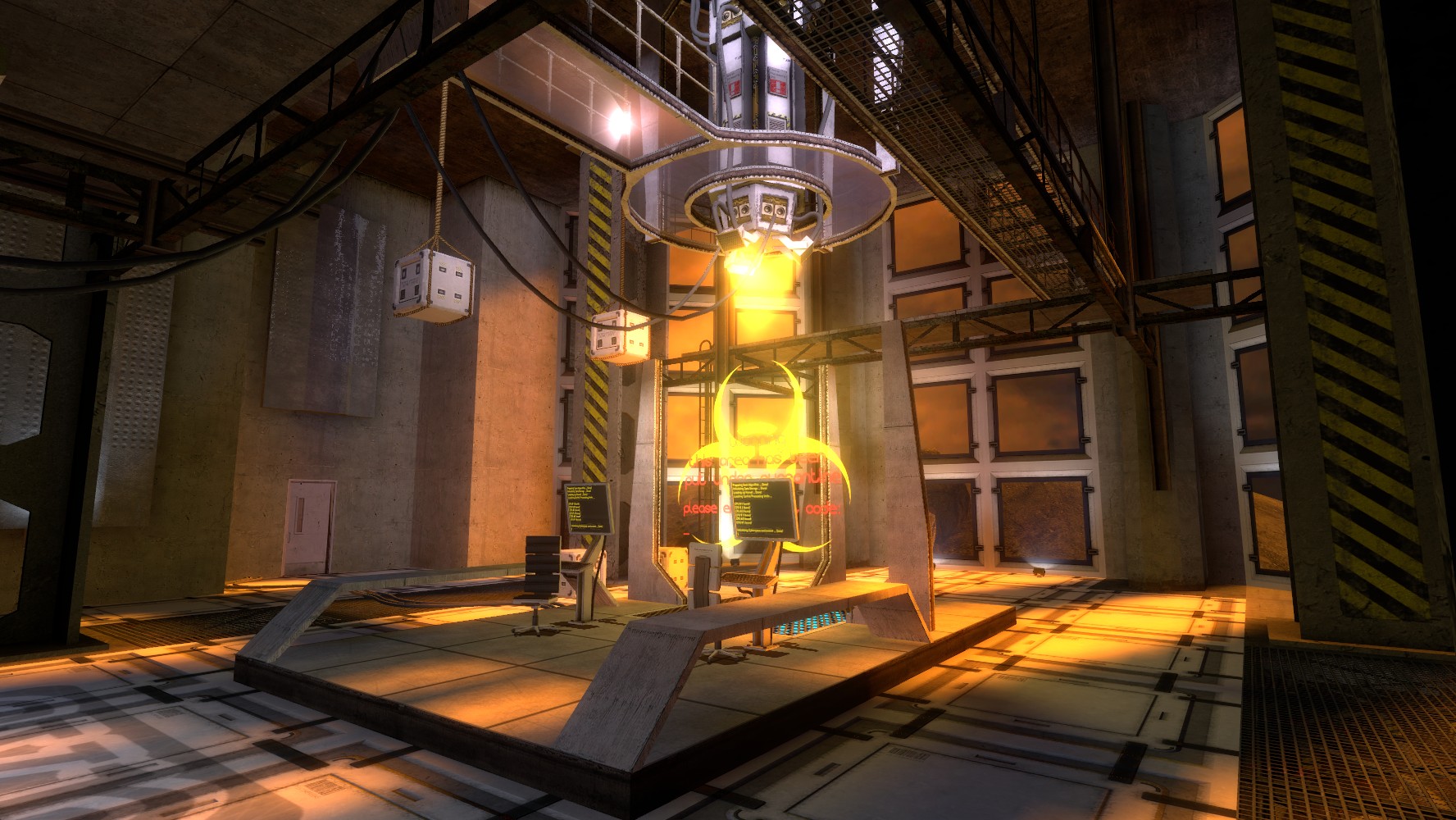 The mapping in this mod is fantastic on many levels. Probably a good bit more than half of the textures are custom, and they fit the mood well. There are many, many custom models, which also fit the mood, and are very well done and extremely creative. This mod reinforces that type of more gritty cyberpunk feeling, going for both a sleek and futuristic world, but a complex and mechanical one at the same time. The lighting is simply excellent, giving off very "warm" feelings, but still keeping a modern feel to it. There are several vistas across the mod that fit very nicely, and the layouts of the maps are well thought out. Models are used to enhance the theme, and usually function seamlessly with the maps. 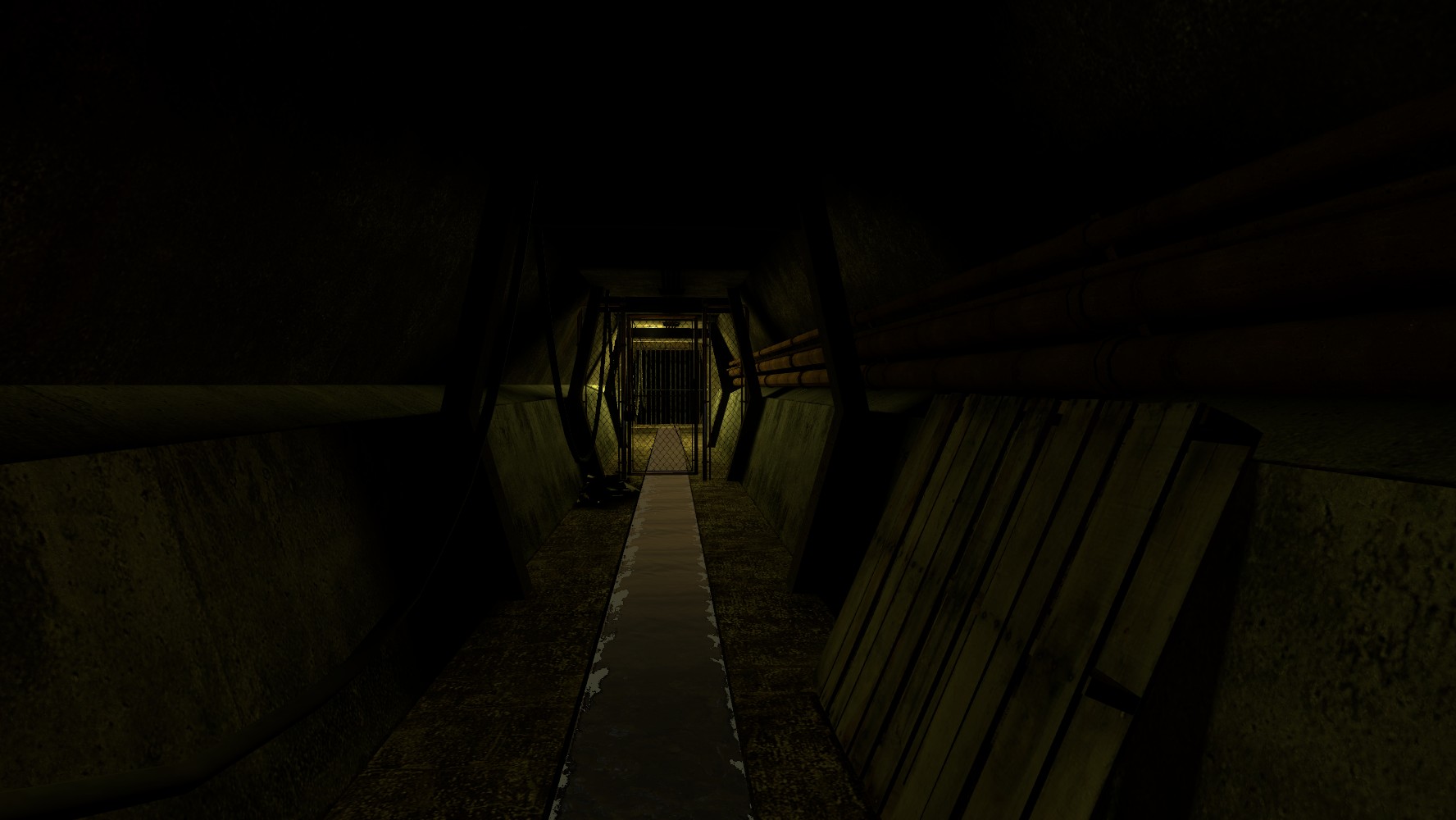 The basic run-down for the storyline of "Return" is that a single corporation, Synco, rules the world because of ecenomic problems and wars in past times. The leader of this corporation believes that he can create intelligent life. For some reason, you are one of Synco's test subjects, who escaped and wreaked havoc on the facilitiy. You awake to find yourself with little memory of past events in a half-wrecked complex where experiments appear to have been going on.

While the storyline works, it does feel a tad bit generic from what I can see right now. The whole "Evil corporation or government starts to mess with human genetics" has been done many, many times. I'm also not quite sure why the facility is in such a bad condition; multipule places have leaking water, sparking electrical machinery, broken walls, and dead bodies. I know that you broke free from the experiments, but hell, did you drive a missile into the building or something? When you awake, water is pouring from the ceiling, and a huge shake goes through the map, rubble pouring down from above. The "Waking up with little memory and slowly recovering bits and peices" has also been beaten to death, though that might've been necessary for this sort of mod.

I also didnt quite understand Synco Corporation without reading the mod description; yet that may be intentional, to create a sense of mystery. Also keep in mind that this is a very short mod, or section of a larger mod, and for its length, the storyline worked well enough. I can only hope that a bit more is revealed in the future. 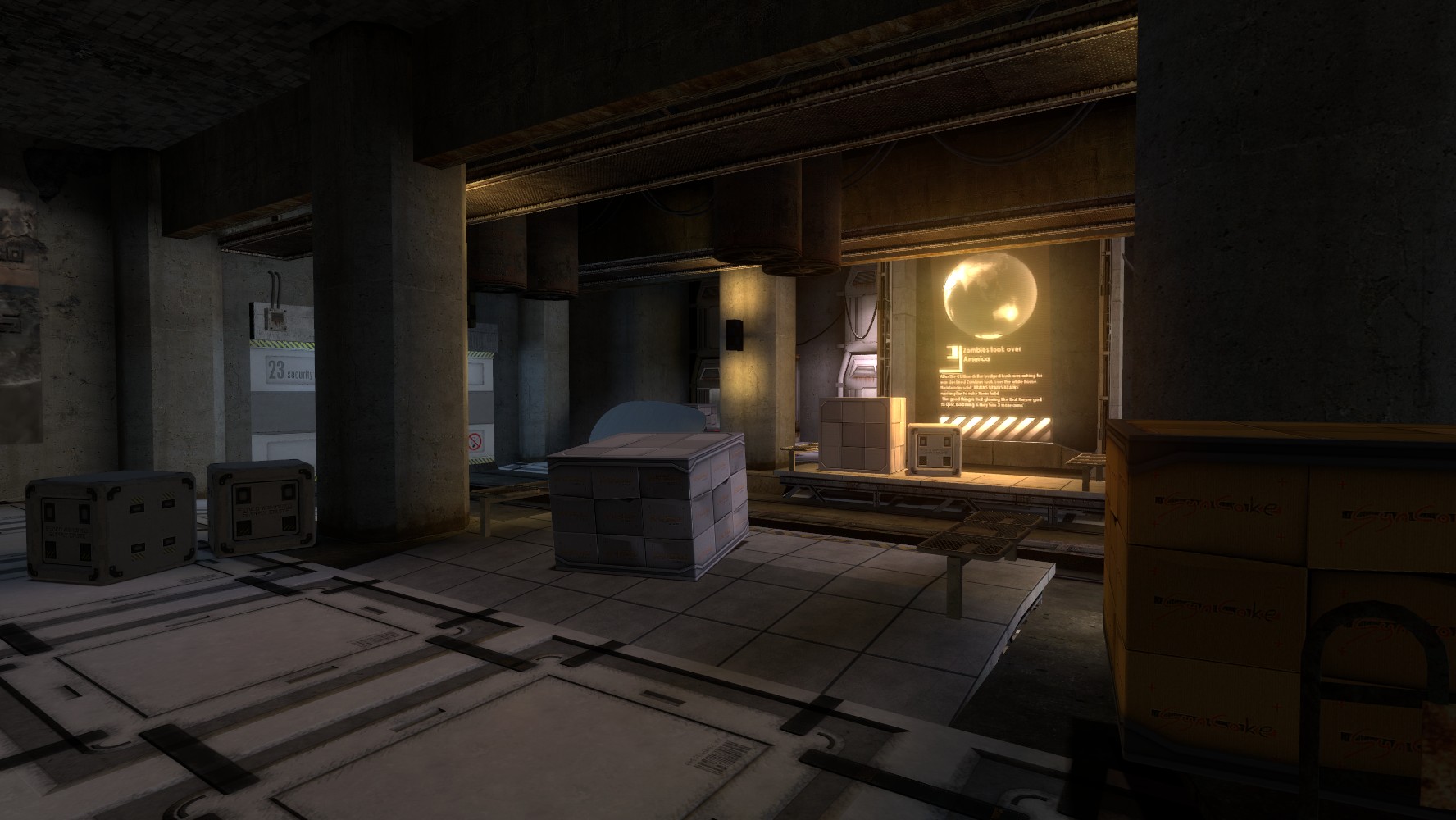 The gameplay is probably one of the best areas in the mod. Playing this mod is definately a whole ton of fun; the custom weapons and NPC's and well-balanced level of difficulty worked well in combat. Better, the mod involved many puzzles, all of them challenging. Occassionally, a bit too challenging for my taste. The placement of certain items and tools got rather complicated eventually, and I believe a slightly more straightforward approach could've been taken with some of the puzzles presented. But for the most part, they are new and interesting and lots and lots of fun.

The problem I had with the mod was that I didnt quite feel the "psychological-horror" peice of it, or at least not after the first room. While the mod did take place in a very eerie and strange facility, I sometimes felt that it was inconsistent; for instance, in the first room, a few crates and other items randomly fly across the room. This doesnt happen once more, and it makes very little sense with the ideas put down in the mod. The rest of it involves flashes to an operation room and some other areas, and while thats generic, it works.

The thing I liked the best was the sense of unknowing; I often wondered about my surroundings, and what had happened there (And yes, this does somewhat contradict my storyline section in the review). It was very mysterious and interesting to slowly progress through, giving a drive to all the puzzles you have to complete. 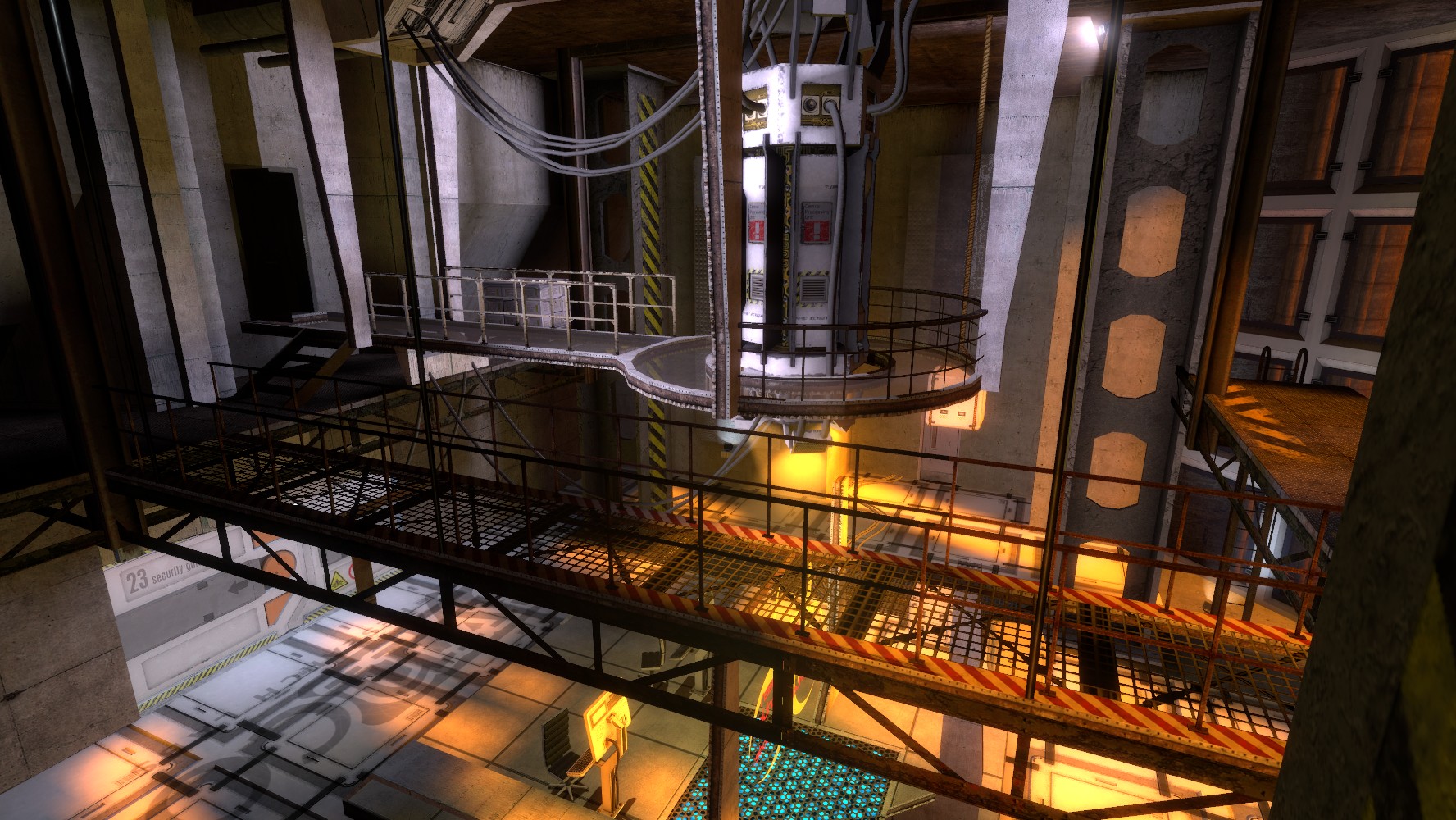 "Revenge" is one of the best science fiction mods released in my opinion. Its a joy to play, stuffed with good mapping, fun combat, well though out puzzles and kickass custom models. If you like sci fi or cyberpunk, play this mod. If you dont, I still highly suggest this modification to you.

P.S.- ultradr3mer, I thouroughly hope you continue the series. Best of luck in the future! And to those who want to download this mod, here is the link: