Return of Shadow December Update with more news on Balance, updates to the War Upgrades, Specialisations and some game play footage of the upcoming Imladris changes.

A week into December and a few days into the Mod of the Year awards and work is continuing on Return of Shadow.
More new stuff to update on.

Also don't forget to vote for Return of Shadow for Mod of the Year I've been trying to break the top 100 for like 9 years now with your help I can achieve a goal that's long eluded me and to hopefully be the first BFME mod to break the top 100 since TEA back in 2006 I believe (yes, that's 1 mod in 10 years).

Once again I've looked at the mod and did some more rebalancing I've reverted the Horde changes from 0.25 and scaled back the hordes 5 units each in most cases and I'm in the process of rebalancing everything to work in this new system as well as the Unit balance scheme and in anticipation for upcoming changes.
So the new balance scheme in a nut shell.

All this of course factors in the other announced changes to balance with the 3 Tiers of Balancing.

On top of this I've improved the movement speed for Dunland units to be 10% faster making them tied with Mirkwood Elves as the fastest infantry in the game.
Mirkwood Elves are in the process of being reviewed for the new balancing scheme and the Initiative changes and the way Mirkwood will be balanced is that they will focus on fast moving units and agile heroes to suit the image of them portrayed in the movies.

The Final part of this new Balancing is the Command Point System changes.
You now start with 300 CPL instead of 500 this isn't as big of a reduction as it seems though since the overall CP cost of units has been reduced (like Gondor Soldiers were 30 now 20, Archers were 45 now 30, Elites were 70 or so now 50).
Instead of a 250 CP bonus for each Expansion you get 150 up to 1200 CPL Maximum (from 2000).
The hope is to better balance the game and to cut down on performance a bit since some people have had some performance issues at high CPL.

As a general umbrella term for the new Faction systems the Specialisation, Industry Expansion and Reinforcement systems will be grouped as the Expansion System and every faction will have some kind of system in place.
Since some mechanics are being reworked I want to go over them briefly.

Specialisations:
The Specialisation System is being tweaked for some factions and now works more like the Erebor version of the system than the current Fiefdoms version.
You choose a Specialisation and in time the units will become available the time it takes for these units will vary but as a rule the further the "subfaction" for lack of a better term is the longer they take.

Harad:
Harad also gets a new Specialisation system allowing you to choose from Umbar units and Harqa (Far Harad) units.
Choosing Harqa will unlock Tahar a Witch Doctor type hero and the Harqa Tribesmen (strong infantry) and the Harqa Stalkers (stealthy champions).
Whereas the Umbar Specialisation will recruit Angamir the leader of the Corsairs and the Umbar Corsairs (strong infantry) and Umbar Arsonists (ranged anti machine-structure unit).

Rohan:
Rohan's Specialisation system remains the same choosing between West-Mark and East-Mark although a couple units have changed the Wold Sparthmen now use a Spread formation to increase their speed and the Wold Chargers can switch to a block formation increasing their defence also they don't count as Elite Cavalry like the Royal Guards so they're a 10 unit horde as I'm hoping to separate out the Elite Cavalry and Heavy Cavalry units.

Mordor's Tribalism system remains mostly the same except for the Switch from Grishnakh to Snuffler as the head of the Gorgoroth Tribe.

Dunland:
Dunland use a reinforcement system with 2 waves the first is Ulric and the War Hounds.

The second wave is Halbar and the Wildmen.
Talbor is taking Ulric's place in the War Upgrade system with Wolf of Dunland being replaced with Warrior Chief.

The Dor-en-Ernil Specialisation is being traded for the Lossarnach specialisation.
Replacing Imrahil with Forlong and the Knights of Dol Amroth with the Lossarnach Axemen.
Prince Imrahil and the Knights of Dol Amroth are being moved to the a new spell called Dor-en-Ernil functioning as the standard spell to unlock the "Leader" of the faction Imrahil will now take that role fo Fiefdoms and will be getting some improvements soon to match the position.
Because the Rock-Paper-Scissors element of the Specialisation has now changed it will be possibly scrapped so the secondary benefit/penalty system will be gone.
Instead each Specialisation will unlock 2 units instead of one (Defenders and Axemen for Lossarnach the others will be announced later).

Morgul will be getting a Reinforcement system to unlock new units over time hailing from the ruins of Angmar in the north.
Starting with the Carn Dum Recruits and building to more powerful units.

The Other Factions:
Freeps, Gondor, Isengard, Strongholds and Imladris' systems will remain as was last updated.
Mirkwood, Dale and Rhun are still being worked on but I have a pretty good idea of how their new Systems will work.

A new Universal War Upgrade will be added the Favour Upgrade.

For evil factions this upgrade is the Morgoth's Favour.
For Erebor it is Aule's Favour.
For other factions it is the Valar's Favour.
This new upgrade is taking the place of the Fortitude and Tenacity spells and be made for each faction.
This War Upgrade will improve certain spells for each faction.
At the moment I'm aiming for 4 Spell Upgrades per faction but in general it will upgrade earlier spells like Heal to provide an additional armour boost for a time and the same for Repair.

Another War Upgrade will be added I'm calling it the Specialty Upgrade for now but every faction will get an upgrade that will improve units according to the specialty of the faction.
For instance - Rohan units gain a damage bonus to Infantry, Lothlorien to Monsters.

I still have some new features yet to announce 2 big ones that are currently being worked on that I'm hoping to reveal soon.

Plus I've still got some stuff in the works for Rhun, Mirkwood, Dale and some of the other factions. 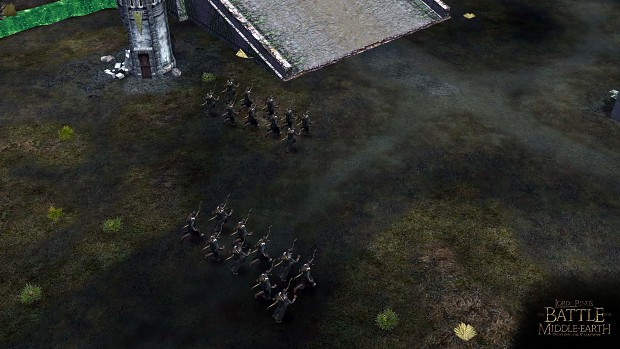 Also I recorded a gameplay showcase of the Imladris faction.

Oh men that rebalance will be the end of the OP cav charges xD, okey maybe they were a bit too powerfull with that huge numbers but cav like the citadel or the dolamroth one was so fun, and they did cost a lot so. Lets see how it affects the gameplay.

true! remember when i used to get a lot of cav to feel safe xD

Suggestion: use Mahal in place of Aule. The Dwarves call Aule Mahal in their tongue.