Well well well, as you all know we have had the Open Beta out for a short time now. The feed back has been outstanding. We are getting positive feed back on what we have done with the mod. Constructive Criticism with what we can do to improve the mod. Not all of which we can implement but we do look at all suggestions. But what I really want to thank you the fans for is the Bug reports.

Posted by WinstonChurchill on May 22nd, 2010

As you all know, we have had the Open Beta out for a short time now. The feedback has been outstanding. We appreciate all of the positive feedback and constructive criticisms that have been given. Not everything said can be implemented, but we do read and listen to all of the suggestions. However, what we would really like to thank you, the fans, for are the bug reports. We have- with your help- found and fixed more bugs in one week of Open Beta testing than in months of closed testing. Don't get us wrong, the previous Beta testers helped out a lot, but we are thoroughly pleased with your responses to the Open Beta.

To reward all of your hard work, I am proud to give you the first Open Beta patch. This patch focuses on fixing many of the issues that were brought up. Use any one of these links to get the upgrade for RnL Open Beta 1.1.

The second addition is the map rnl_eglise. Just like last time, below are some screenshots and the changelog to keep you preoccupied while the file downloads. 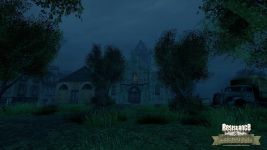 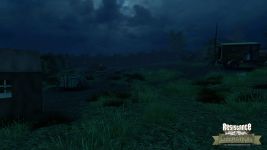 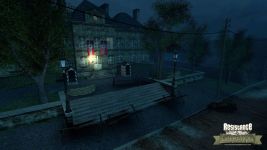 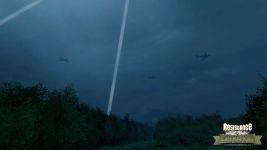 Here is the colossal change log our staff has been working on.

Updated many sounds including:

umpa lumpa lumpa teeeday you just made me a happy happy day ! :D

I love this mod so much but for some reason like all the animations get screwed up for me. Occasionally when I'm spectating there will be no run animations playing, just people hovering around, when sprinting the animations will flip between walking and sprinting and a whole bunch of animation twitching. I remember aiming at an proned enemy and when they went to stand up their model got disfigured and I completely missed my shot in the confusion >.< I was told on the servers that it was something to do with SourceSDK Base 2007 but others were telling me they were not having such issues. Either way, I love the new additions, very awesome guys keep up the great work :)

Yea, that has to do with Source SDK 2007 which this mod is built upon. We're waiting for a fix from Valve.

Ah good to know. Thanks

great update! although after playing for a couple mins i crashed but don't know the reason but i know it was seconds after i spawned. will be playing later tonight!

This is a must-have for everyone who owns Source SDK Base.

Thank you for this quick update .)

I really have to say that RnL´s PR is just outstanding!

Its still quite glitchy, but I'm sure you guy's will fix that stuff soon.

finally have a computer that can play this with detail. Look forward to seeing everyone on the servers

"Assistance in Lubrication" is the mod I really want to play. Good job on your project, though! Amazing how it grew and grew... and now we can play it :)=

I think I'm speaking for everyone when I say, this mod looks very awesome, made with a high amount of detail, however, there are many bugs in the beta, but you'll fix it and then, everybody who knows what's good will be playing this mod!

Are there no servers? None are listing for me.

oh... well then someone made the exact same one as you =P


There are at least 9 servers.

If you see none, make sure your game folder is called "RnLBeta"

mod is OK... Very nice looking... BUt lags and animations error are anoying... im sure that after fixing this things, that mod will KICK *** :) Nice job and keep it up!

You can see how awesome it is without that problem by running a listen server. (Click "Create Server" on the main menu)

youtube blackfootstudios for a quick glimpse of their character models. follow that proportion. cause your current models look absolutely awful. i say this with very little exaggeration. they are the worst i've seen. don't come at me with stuff about texture and poly count. please look at the proportions of the models. the ratios are all wrong. please hire a new modeler or have the current one revise it. it's getting ridiculous.

Lol I think this was the guy complaining about the size of the boots a while ago.

Don't like how you guys responded to his criticism. He was not being rude, even if his criticism wasn't very specific.

He does make a good point. The character models in RnL have always looked a little off for some reason.

I asked a question...

I didn't respond to his criticism, I pointed out a fact.

this mod has alot of similarities with the new red orchestra game coming out. One of the features id like to see in RnL thats also in RO: heroes of stalingrad is first person weapon collision
Youtube.com
go to 2:53

I don't even play the game. I just love your updates.
Your designer kicks ***

Great mod! the immersion of it Is semi realistic, except I had to configure the head bob in game to all the way up in stiffness, because it was making me a bit dizzy, overall I recommend downloading it. It's worth your time.

-the only downside for me is I got kicked and banned with no reason from 504th-pir.org server