Apparently, there is no confirmation if you accidentally click on "delete article" so the previous announcement got removed by accident. My apologies. Here is the unedited article again:

First of all, my greatest appreciation for the feedback I've received regarding the prospect of an early partial release. I'm hereby therefore pleased to now officially announce Part One of the Mafia Titanic Mod. To be released in the second quarter of 2021!

So! What's included in Part One?

For starters, everything scene in the trailer will be included. As for the interiors, see the map below: 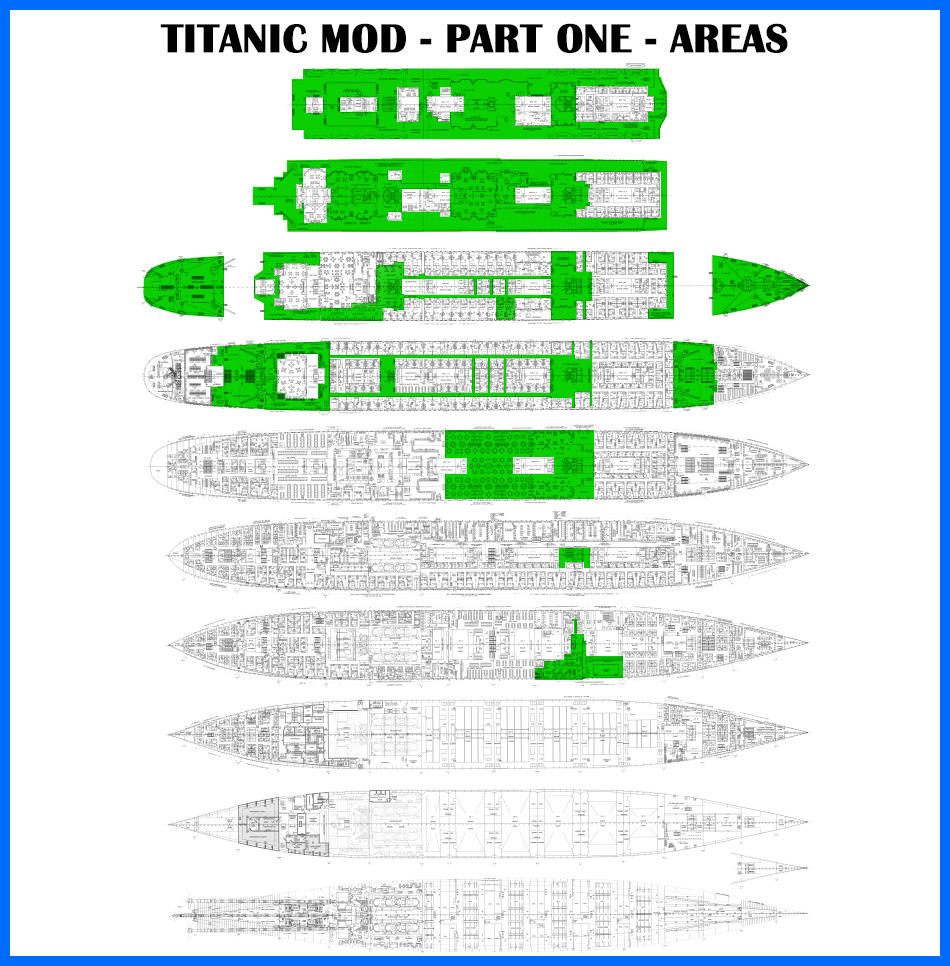 -EDIT March 11th, 2021-
All areas marked blue on the progress chart will be included in Part One, plus the C deck aft Grand Staircase and its connecting corridor towards the forward staircase. More areas may be added if time allows it.

Additionally, the first sequence of the storyline can also be played.

All freeroam options will be available regardless of the story.

Just to be clear, there will be NO sinking yet. The complexity involved is a whole part in and of itself and will be released later.

More progress will be shown as Part One will near its release.

Please do keep in mind, that although I strive for this release date, and deem this a reasonable deadline, I am a hobbyist modder, and so is the rest of the team, and there is always a chance something unexpected in our personal life's will interfere. Regardless, I'll try not to Cyberpunk its release.

I don't know why but every time I hear that music piece and getting that it was from "Raise the Titanic" movie, it shrugs me off?