Post news RSS Remako is cancelled, and here's why...

It is with great sadness that I have to tell you that I have decided to cancel Remako 2.0 and cease development of the mod entirely. I am pulling the plug on this project for various reasons, which I will detail in the rest of this blog post. For those wondering what will happen to everything I made for the Remako 2.0 patch, please see the end of this post.

Why am I cancelling the mod?

While I finally decided about a week ago that I wanted to do this, I've been think about quitting Remako for a while now. This mod hasn't given me real joy in a long time. When I was working on it, it got frustrating very quickly and during the long stretches when I wasn't working on it due to demotivation, the prospect of having to finish this mod loomed over me.

A mod is never something you should torture yourself or feel unhappy about. And I don't want to lead you guys on forever, hoping that someday I will feel better about it and finish it. So by cancelling it I'm hoping to set you guys and myself free, so that we can move onto other/better things. No one is served by making this never-ending vaporware.

Developing and maintaining a mod like this requires a passion and dedication to the game, that I never had. That's why I recommend a mod like the Satsuki Yatoshi Mod. Their creator breathes Final Fantasy 7 and has created a complete and very impressive mod.

On January 28th, 2019 I released the Remako beta. Things were exciting and manageable back then. I hadn't necessarily committed to redoing all graphics. I just wanted to do the pre-rendered backgrounds and maybe the world, battle textures and the FMVs. Remako had gone viral, it was getting a lot of attention and I was one of the first people to make a mod like this. I was at the top of the game.

After the release of 1.0 in May 2019 I got burned out on Remako for a bit. So I looked at other games. I developed WIP versions of a Half-Life: Source upscale (this turned into Half-Life: ReSrced), a Half-Life 2 upscale mod and looked a lot of other games too.

I'd always looked back at Remako from time to time as fans wanted more and I thought I wanted to provide that too them. That's how Remako 2.0 got announced. That was a mistake. The textures I had upscaled up to that point were relatively easy (definitely due to the 4xCut tool by Satsuki). After that came more complex magic textures, HUD textures, etc.

When I announced all the features for 2.0, I never imagined how much work those would be. Redoing the HUD basically means redoing everything by hand. That's not something that gave me energy. I should've just let it be the basic mod it started out as and let others do the other stuff.

So I got in a cycle of working on it for a few nights, releasing an update to let people know about that and then getting frustrated by something or another and then not working on it for months. I also lost files on multiple occasions (such as the magic textures, which I worked on for three separate occasions).

Combined with personal issues in the past 2 years/some on-going made development for Remako irritating and never-ending. That's why it's time to end it.

In dedication to my dad

One of the reasons why I had such a hard time ending the Remako project had to do with my father's death a year ago.

I finally told my dad about Remako in his final days. I've been pretty private about my mod/my YouTube channel but I didn't want him to go without knowing about that part of my life. I told him that I was going to dedicate my next update (2.0) to him. That promise is why I've been so hesitant to let go of Remako, even though it's given me little happy moments in the year since his death. I didn't want to break my promise and disappoint his memory.

Recently I realized that I had started to hate the Remako mod. The realization that all the frustration, stress, etc. over not getting close to finishing my mod is not something my dad would've wanted. He'd just want me to be happy, even if a promise didn't come to a fruition. Sometimes you just need to let something go.

Even though this memoriam is not the mod as intended, I am retroactively dedicating Remako to the memory of my father. Love you, Dad! 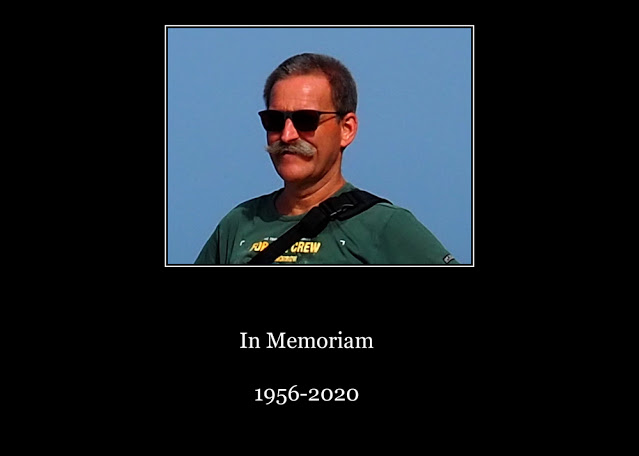 Even though this mod isn't finished and some files were lost over time and not recreated yet (magic textures), if someone could use (parts of) this mod it'd be a shame if they were gathering dust on my computer somewhere. So I'm releasing the source files that I could find.

Things like the FMVs were not changed from Remako 1.1 so you can just get those from the regular 1.1 download that's still up:Moddb.com

What's next for me

I can understand if you are disappointed with me for cancelling Remako. For me this however, this feels like a weight off my shoulders. It's giving me more peace of mind to do the things that do give me energy.

I don't think I will be making any mods anymore. This takes a lot of energy and they need to be maintained and I'm at a point in my life that I really can't find that energy/time (which is why Remako had to be cancelled)

I will however continue to make AI upscaling/sci-fi related videos on my YouTube channel. A video is a more self-contained thing, instead of a big project like a mod, with few if any expectations from the audience. While I do have plans for a regular schedule, if I feel like daily videos one week and no videos another week I can do that if I want to. That's the freedom I need from my creative outlet right now.

This blog really only existed for this mod and Half-Life ReSrced. So I'll let it stay up, but I don't think I'll be updating any more. The Moddb page will also stay up, but won't be maintained. If you want to follow my exploits, I recommend you subscribe to my YouTube channel.

Thank you for everything. Making Remako and the accompanying moment going viral is not something I will ever forget.

Completely understand your reasons for stepping away from modding, congrats though on all the fantastic work you've done and that has been enjoyed by so many!

I'm sorry to hear about your father passing, but I'm sure he'd be very proud of what you've accomplished <3 All the best!

Having subscribed to your channel a while back, I have to say I enjoy your upscaled star trek videos! Keep doing what you enjoy, thank you for all your work on this project and others.

Congrats on everything you accomplished and also on knowing when to call it done. I remember when you posted about your father passing; I'm sorry for your loss and I agree with others: I'm sure he'd be proud of what you've given to the world. Also that you have the courage to post this message. Your mod, your other upscaling work and your public persona are impressive all around. Good luck on your next projects, whatever they are!