Due to feedback of the old map's visuals + the realization that it simply wasn't balanced. We're happy to announce that the old map has been scrapped and the new map of Europe has been finished!

If you haven't noticed the new map has a more top down/toony visual look, which we felt fit better with the rest of the models. Also we've been trying giving each region a more unique flavour while still having gameplay as the main focus regarding the designs. You will notice there will be 3 different main biomes: Snow, Grass and Desert while there will still be a difference especially between the "grassy" parts. The southen mediterranean as an example will have a more light tone than the north european countries.
Also in the Europe map each region is a country making the geographic aspect more familiar to players, every European country is included expect: Luxembourg, Liechtenstein, San Marino, Andorra and Monaco, this is simply due to their small sizes.

In the middle east there will be a lot of fairly easy zones to take giving you a decent start if you succeed. This is also due to you being in a corner and therefor not having as many fronts to fight, beware though since if too many players get the same idea it can quickly become quite crammed and chaotic! 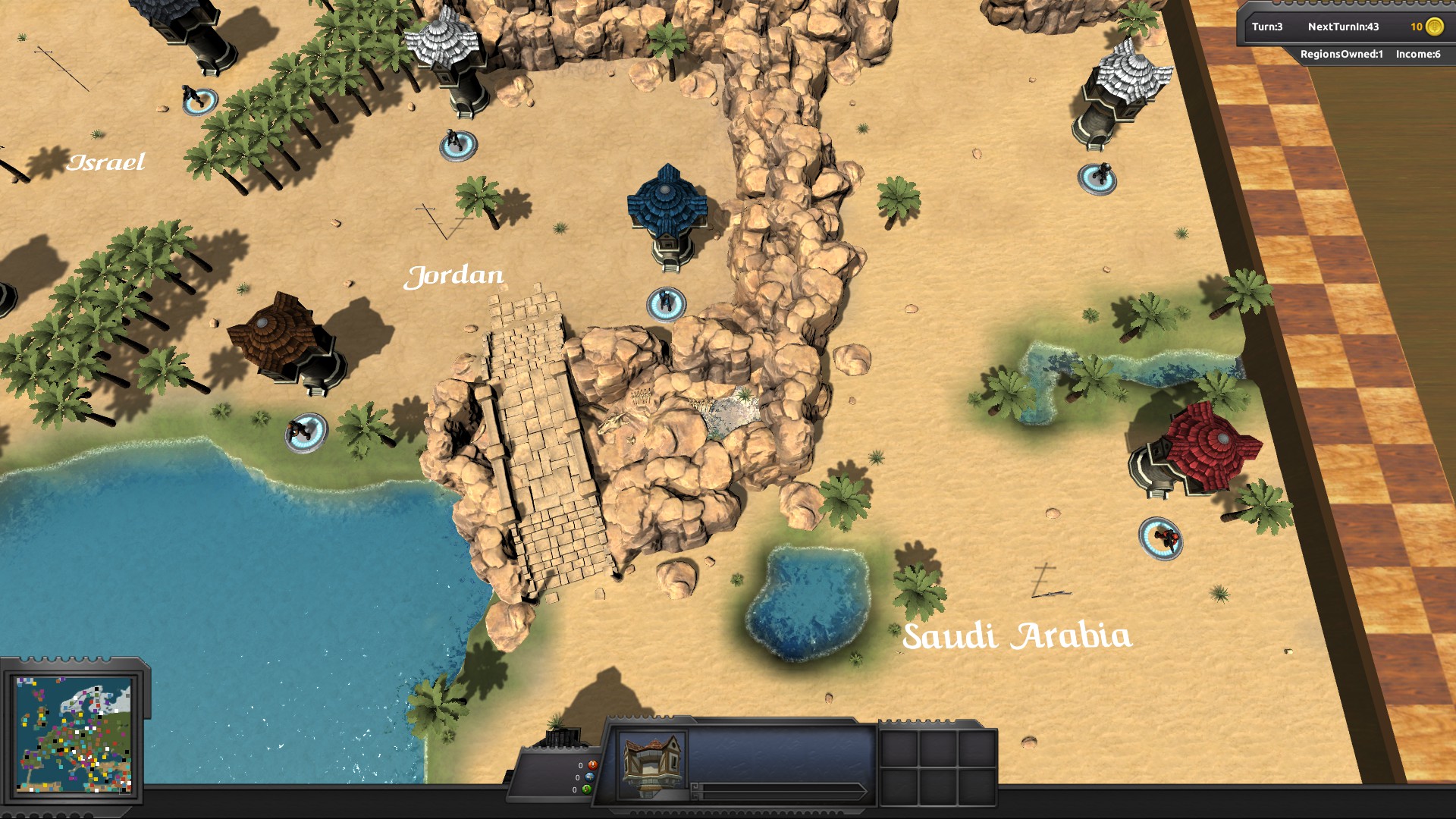 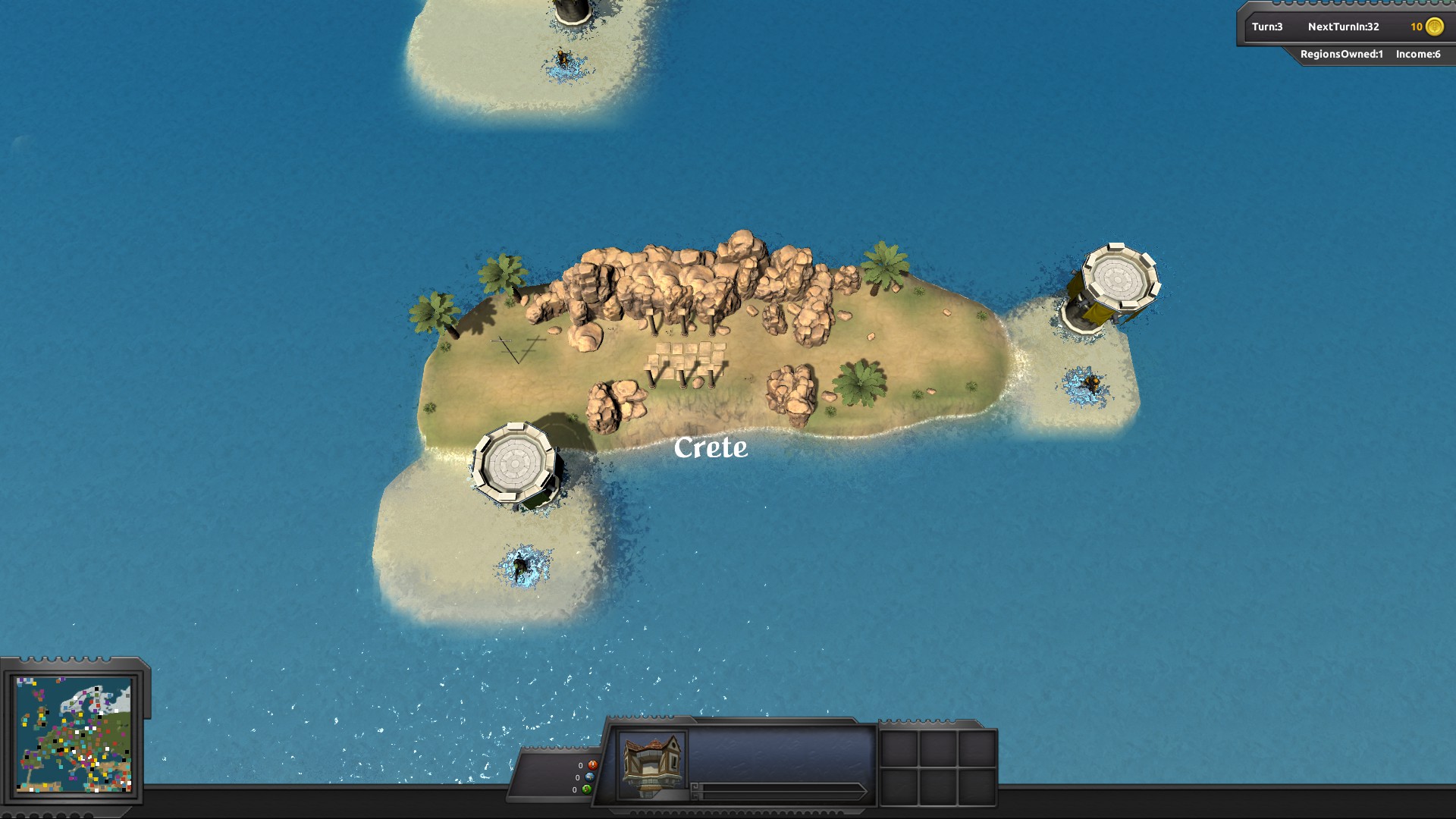 Most of Europe consist naturally of "grassy" temperate climate which also is reflected here. As mentioned earlier however there will be a wider variation between these areas to give a more unique feeling. As you can see in the Balkans they have a more light green visual and given the amount of 2 point countries they add for an attractive place to start your game as well! 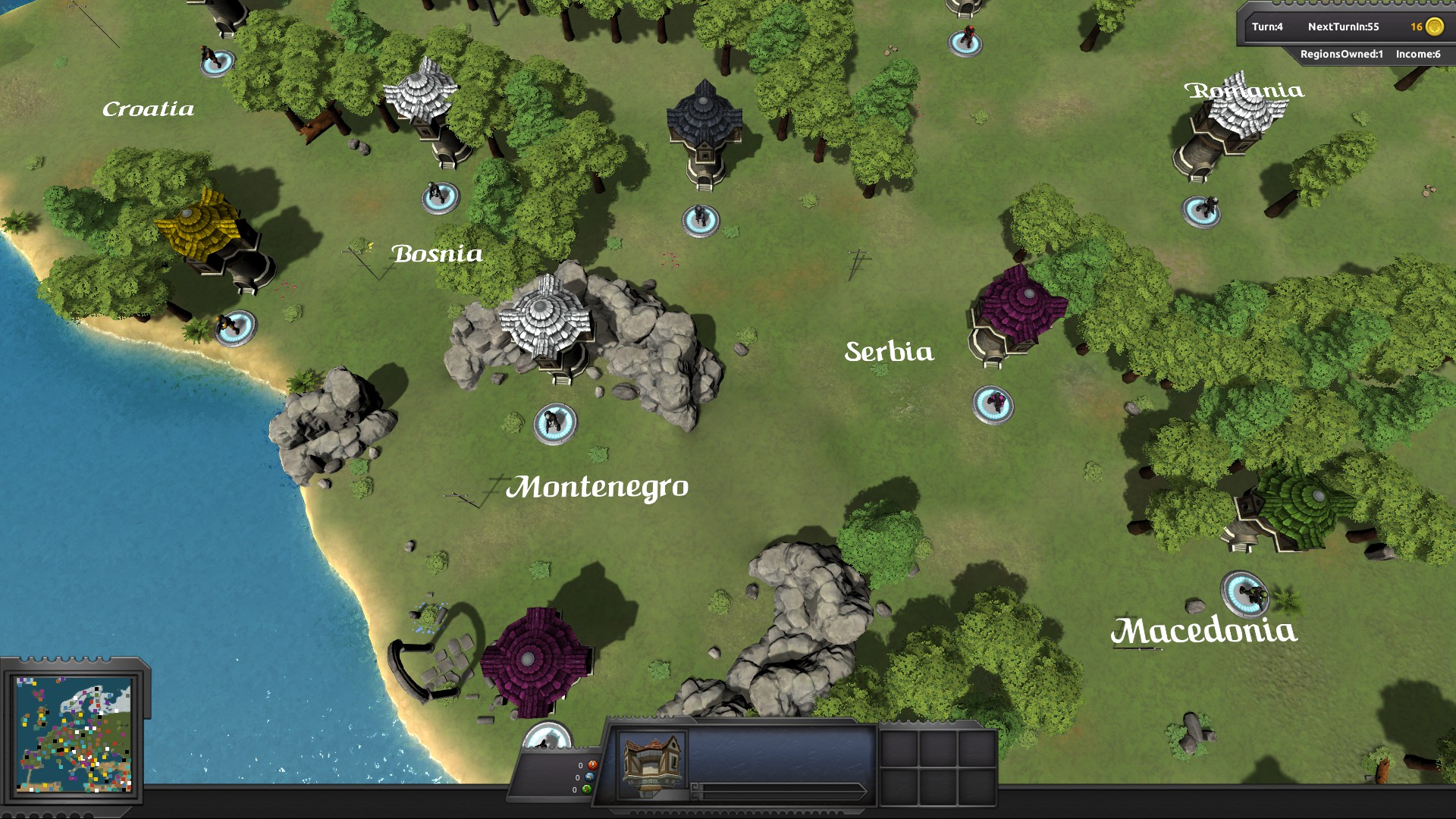 The next picture is of the Alps which naturally has a more "mountainous" look. The second picture is of southern Germany which can be seen in the top of the first picture. 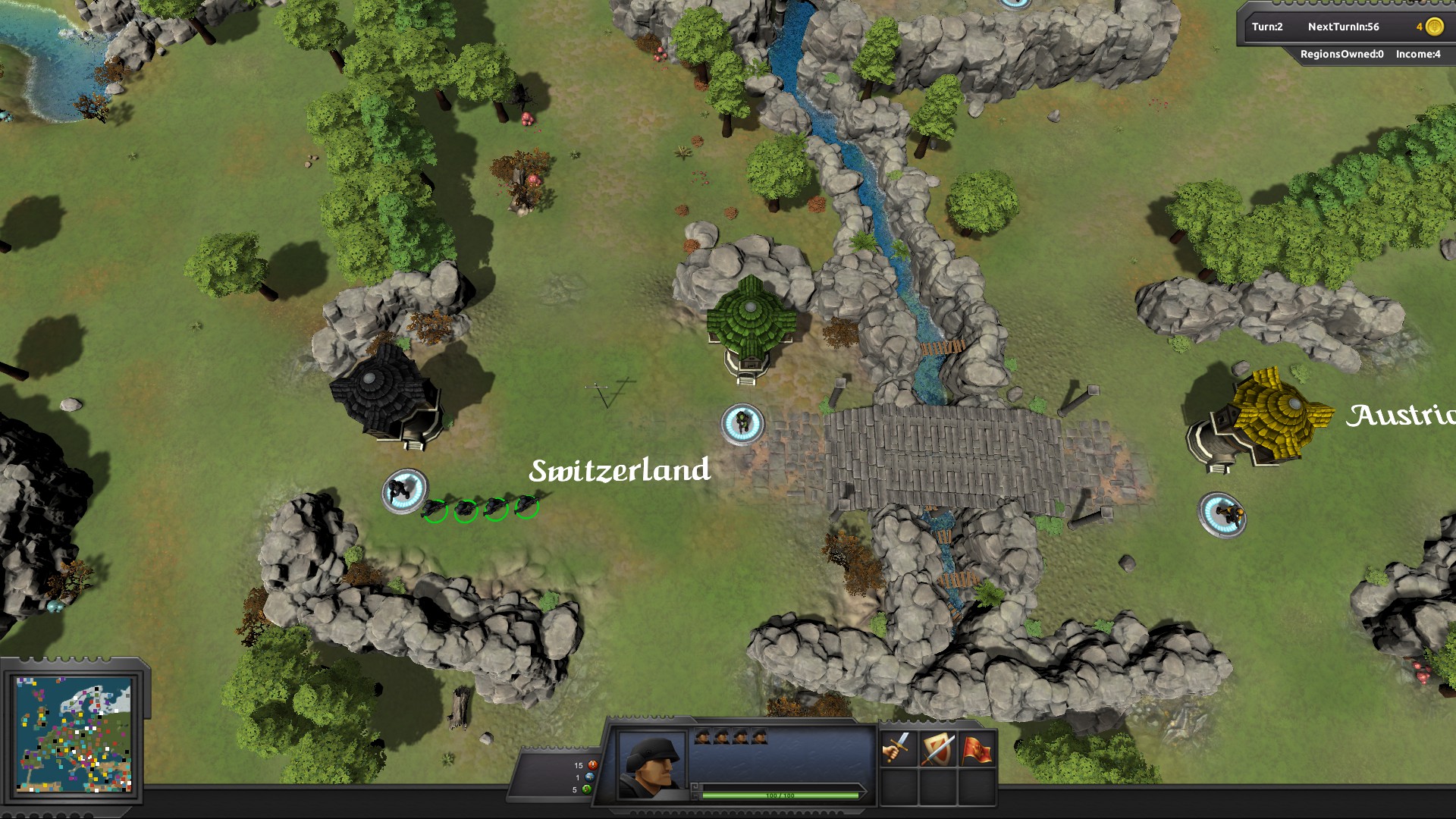 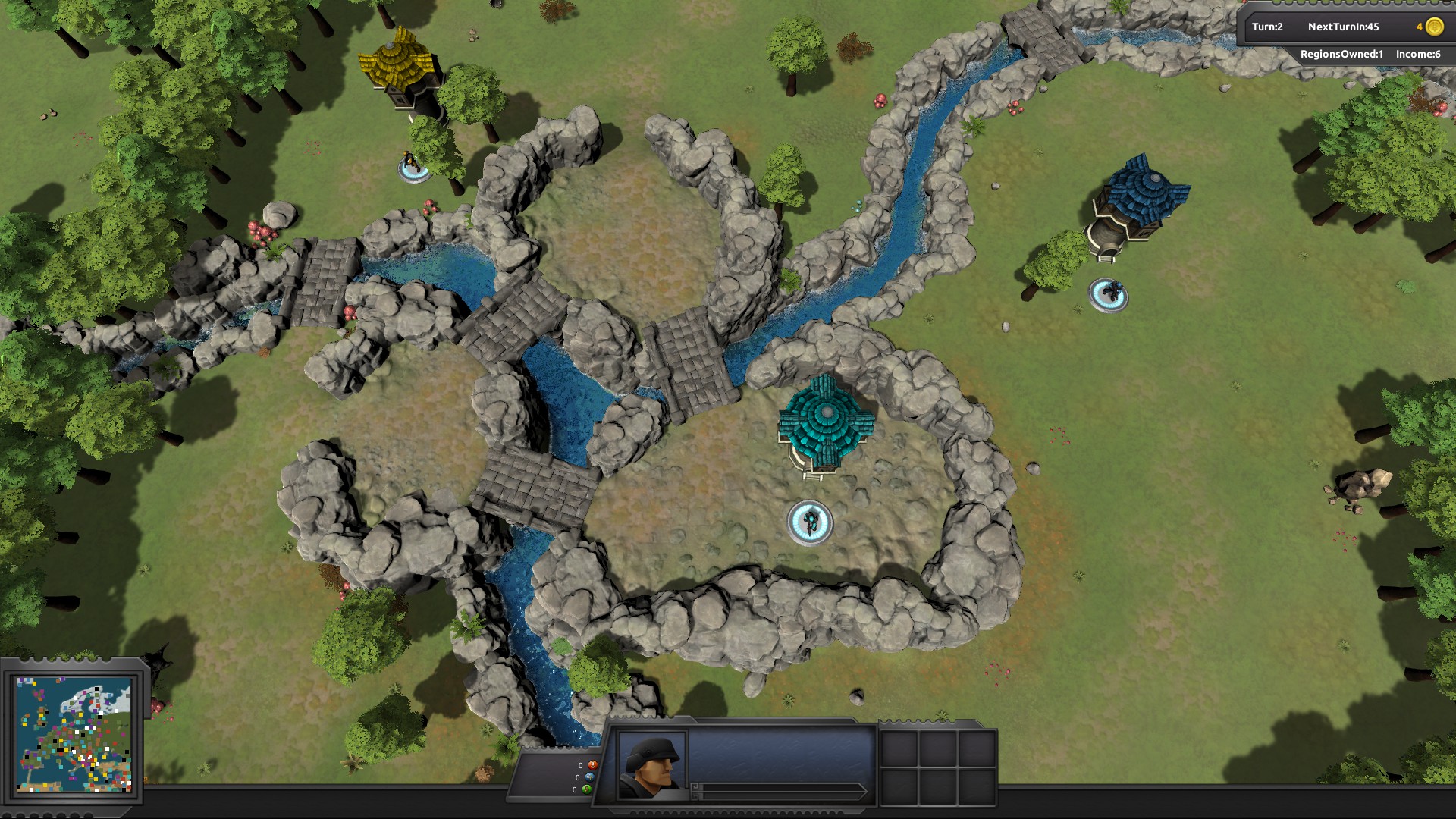 Iceland is one of the islands in the Top left corner adding the posibility for a more naval oriented gamestyle. As you probably noticed too we've got a new tower making a difference between the normal towers and the new coastal ones. First of all the coastal towers will shoot with canons instead of arrows but otherwise they will have the same stats. And yes you probably guessed it, you can build ships in the coastal towers as well. 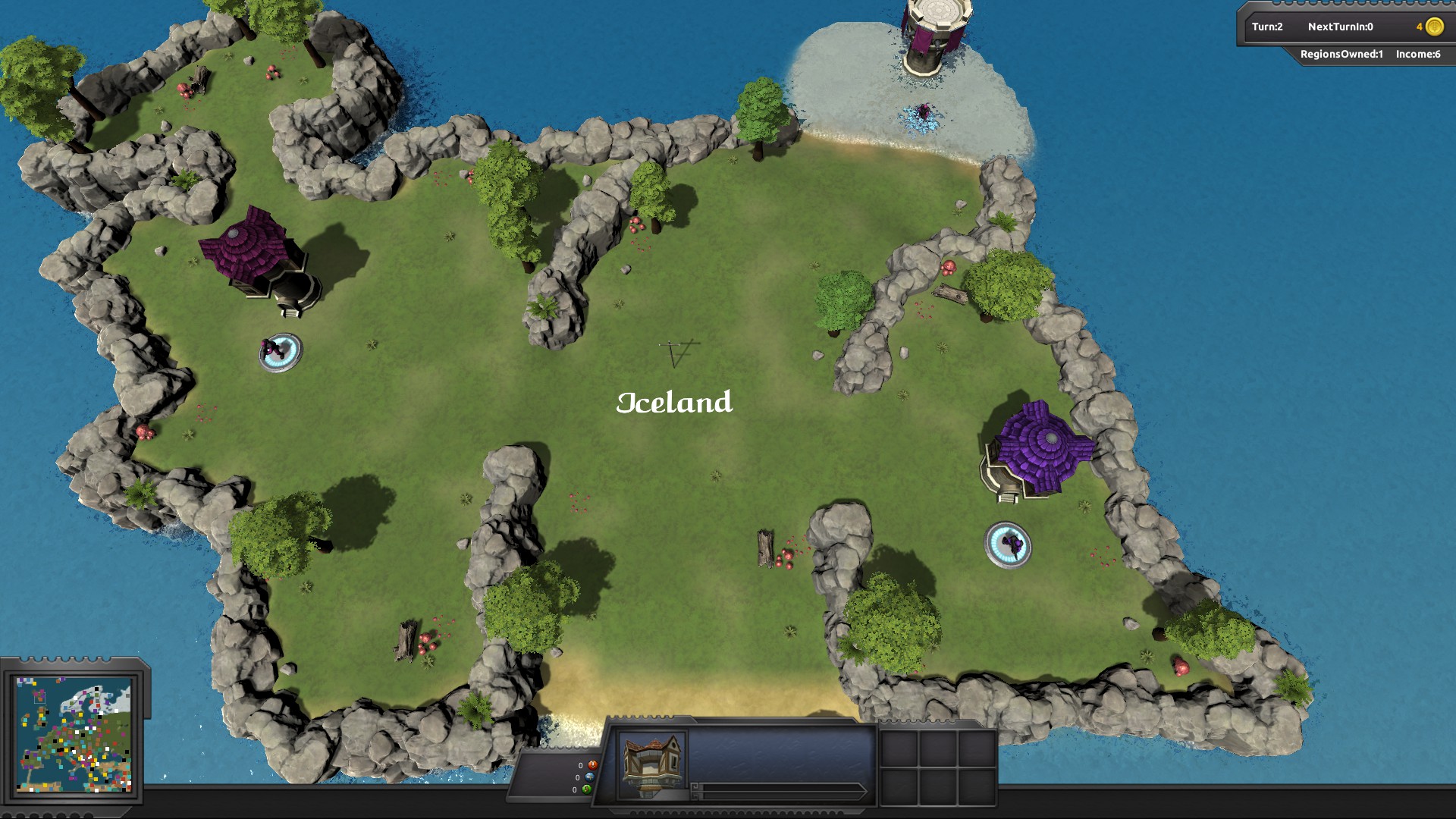 Ireland is a funny one, since the northern part will belong to the UK making it the only region/country where the points are not connected. This makes UK quite harder to take as well as defend but at the same time force you to take a point in Ireland making the rest of the island obvious to take control of. 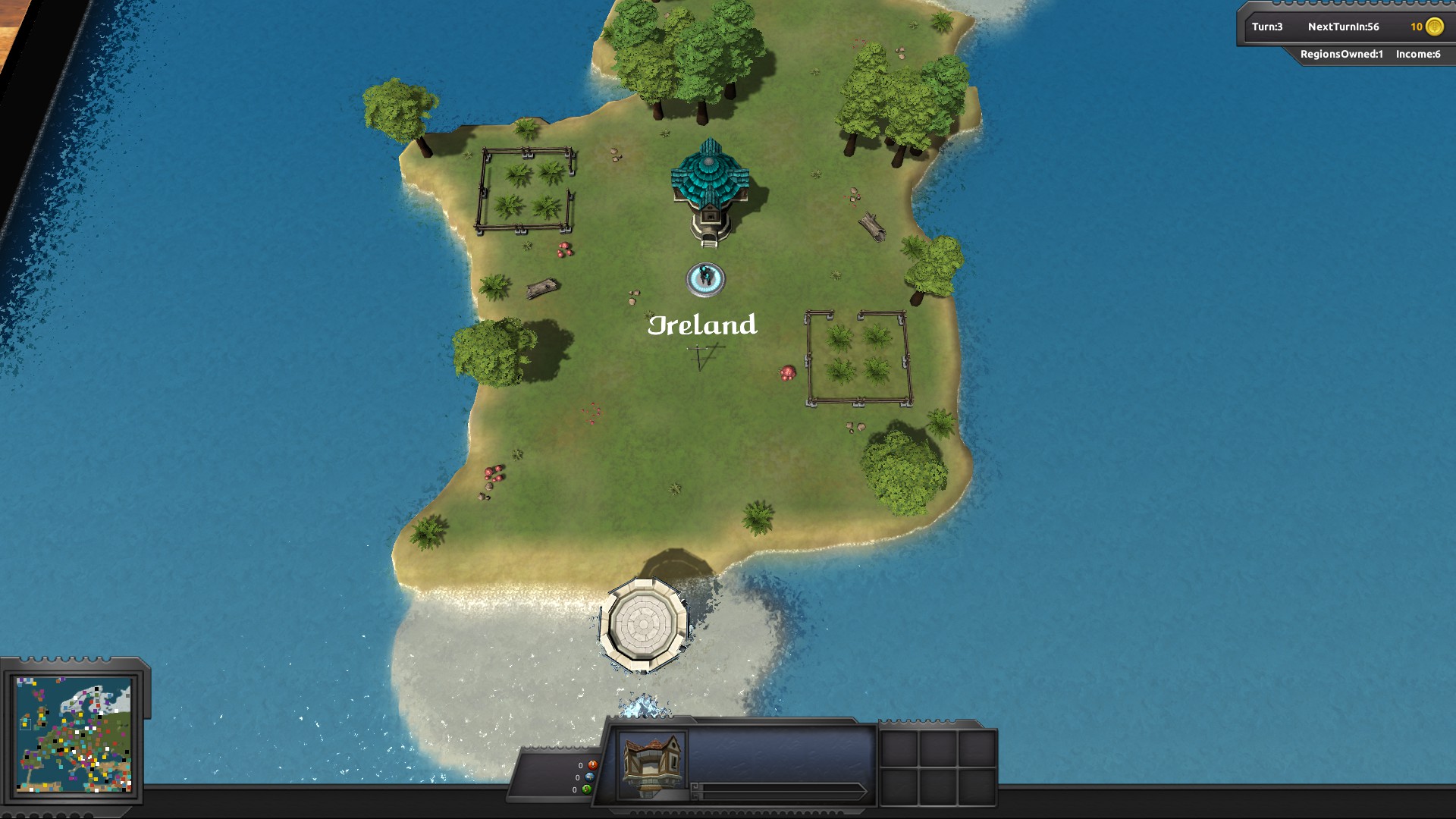 To emphasize on most countries having their own uniques i want to show you Romania. With Romania we thought it would be a cool addition giving the Transsylvanian part a sort of "horror" look. 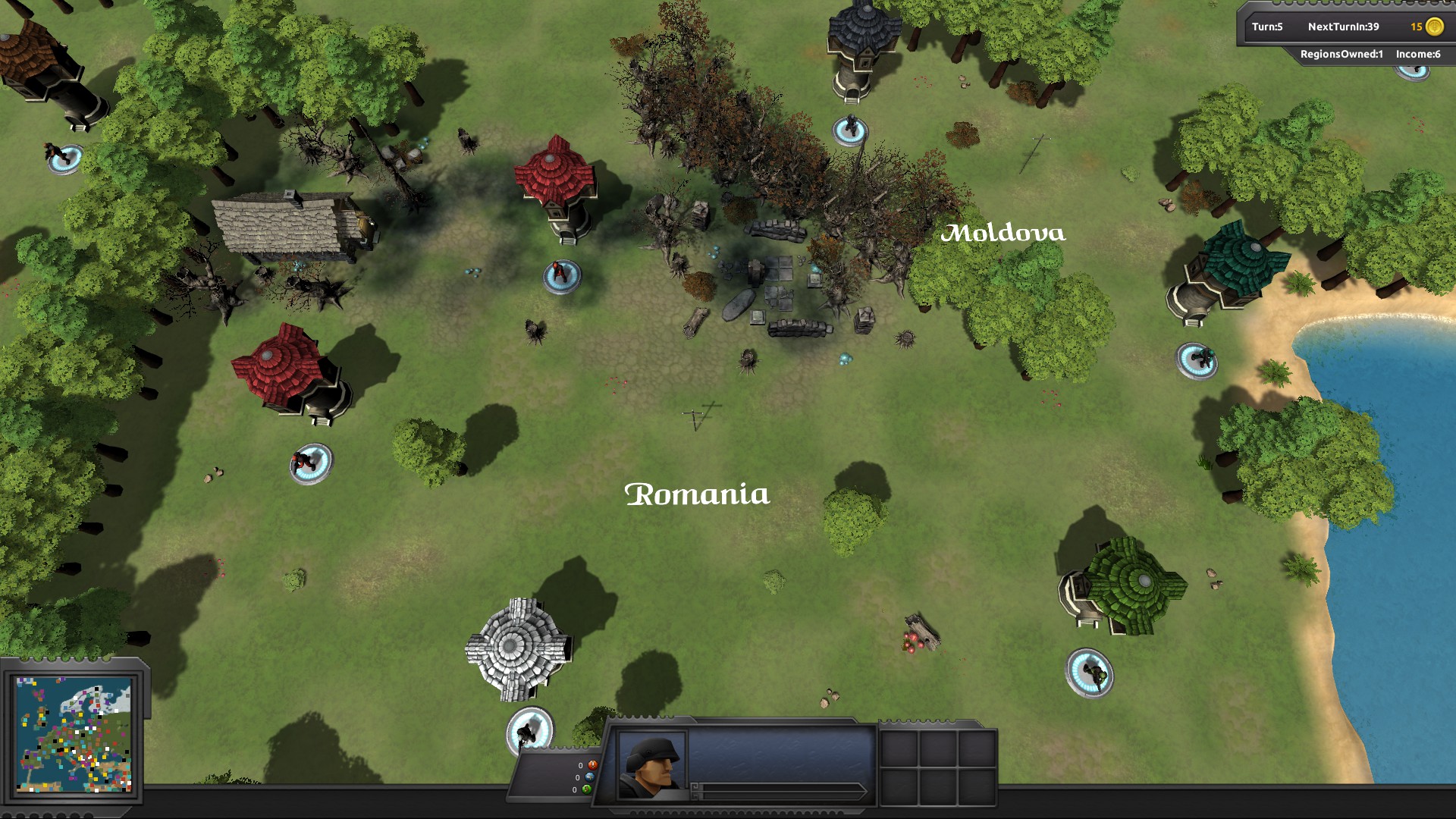 The snowy regions consist of Greenland, Sweden, Norway, Finland and the Northern part of Russia. These regions have the classic visuals you would expect from a snowy area. 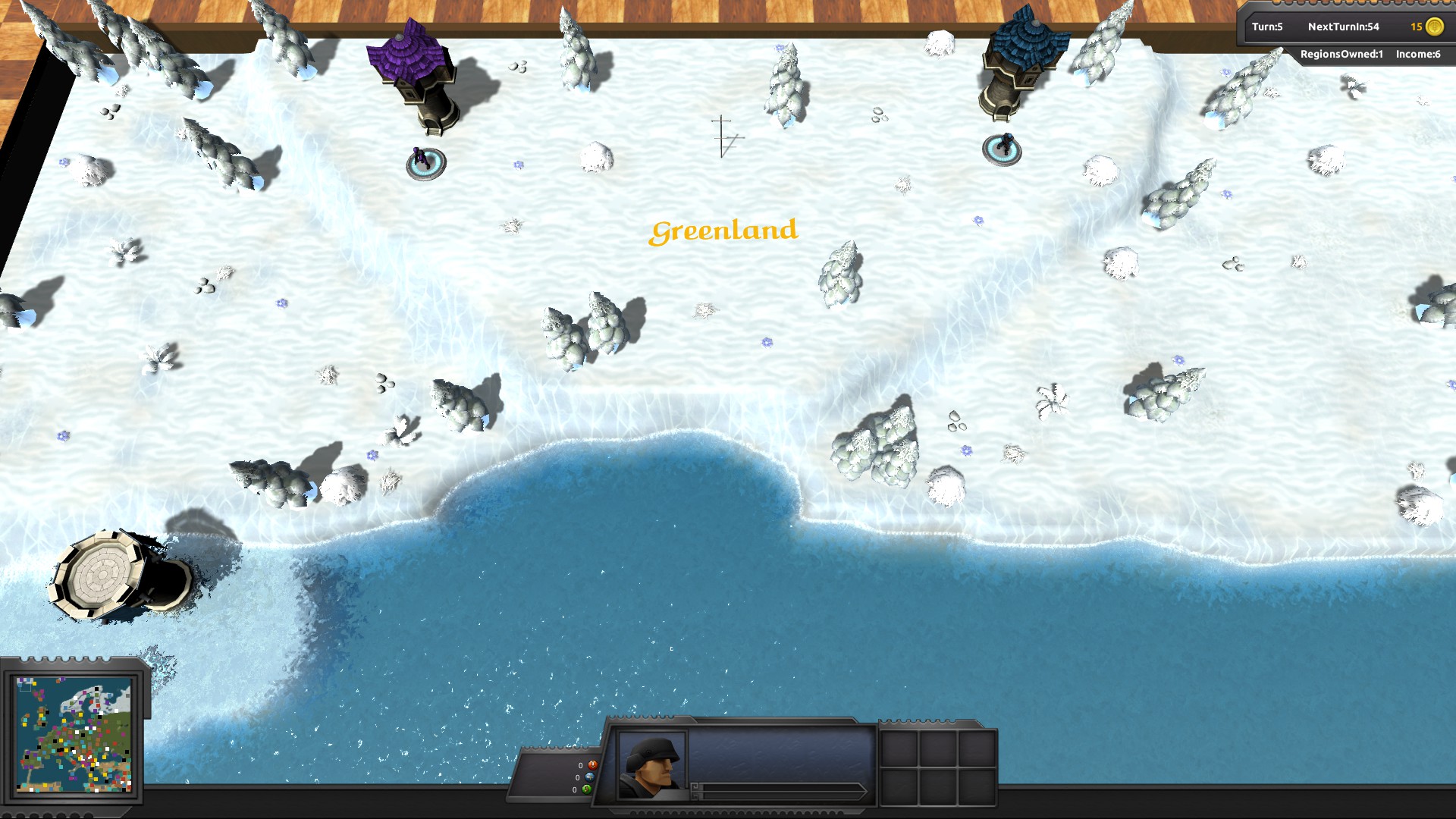 We've started adding ships to the game which will open up the map a lot more from a gameplay perspective. With the transport boat which is shown in the image you will actually see the men onboard of it! And yes they will also be able to shoot while loaded. However they're also a lot more vulnerable since if the ships gets destroyed so will all the men onboard it! Cavalry and tanks won't be posible to load on a ship. 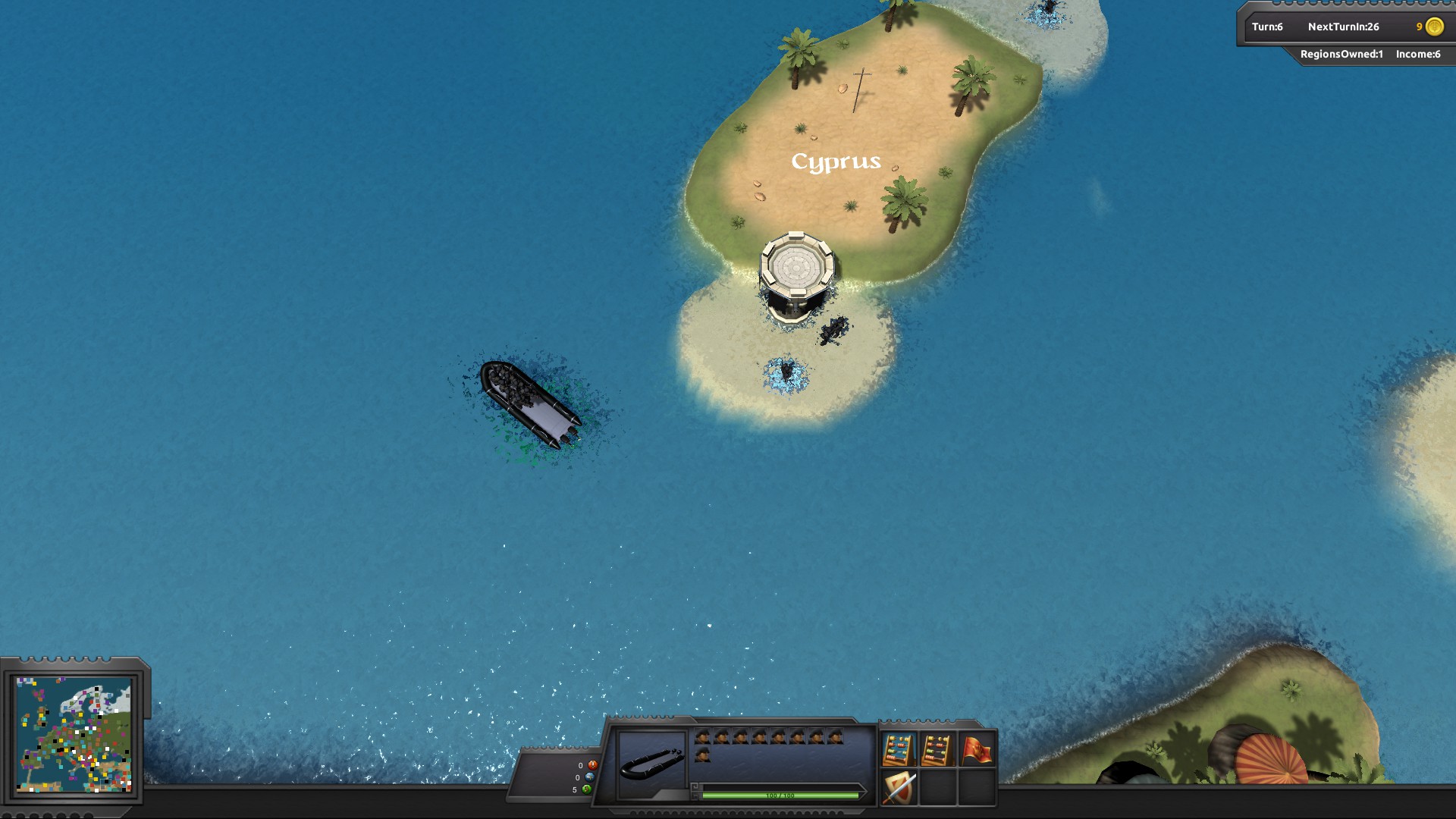 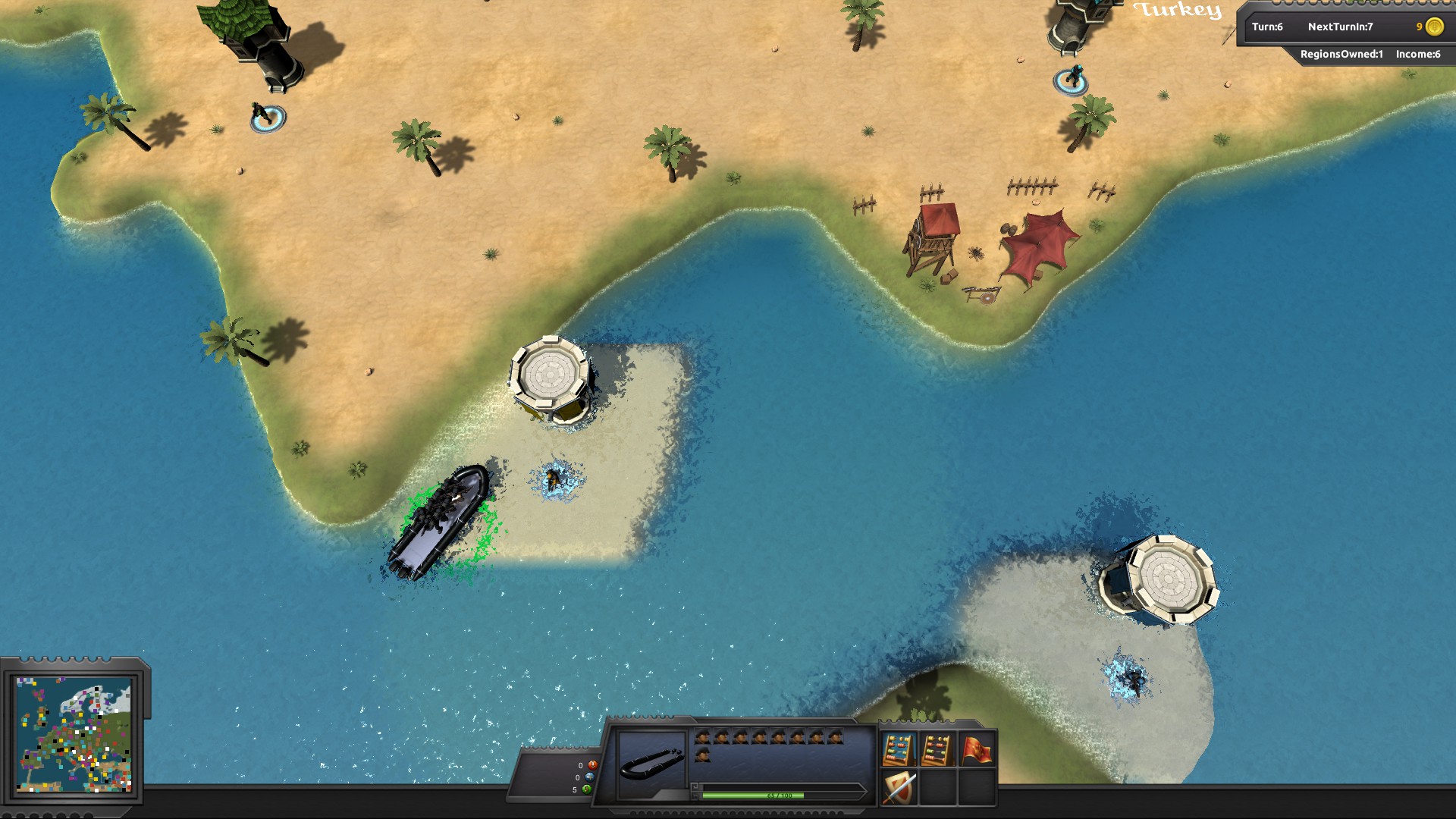 There's still no exact release date, but we still aim and believe Q2 2017 is posible. We still also want to give the in game UI a little upgrade/makeover so if you're a graphic artist up for the task feel free to contact us :)