Ladies and Gents. I'm proud to announce the release of Morrowind Rebirth 2.1! If you haven't tried the mod before, this is the time! If you didn't like previous versions, I'd say, try it again! In any case I hope you'll enjoy the hard work I've put into this patch. Be aware that this patch won't be save-game compatible! You'll need to start a new game. 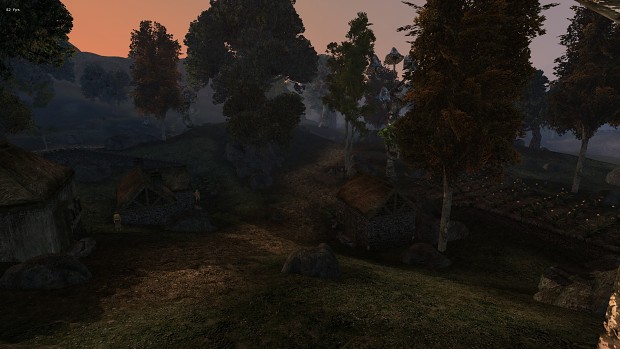 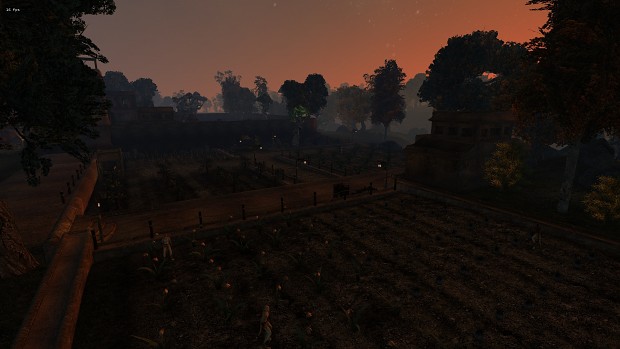 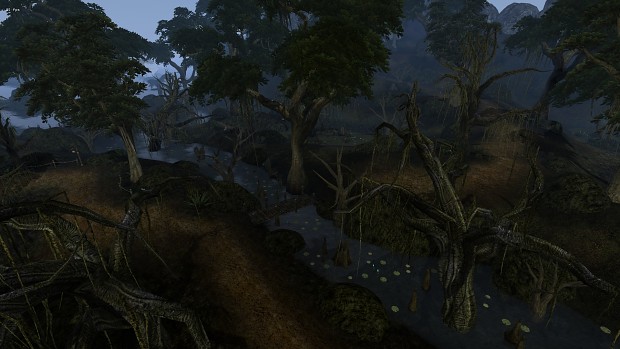 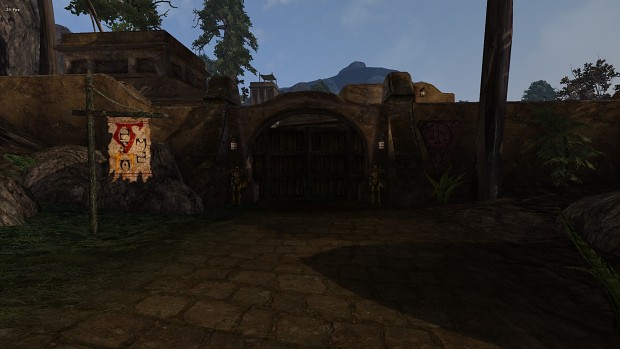 NOTE: Download link isn't working properly right now. Until I've recived an answer from moddb what might be causing this issue, you can get 2.1 from Morrowind Nexus. I'm sorry for any trouble that this might cause. I'll let you guys know when the moddb download is working again: Morrowind.nexusmods.com

* "Ex_co_ship_trapdoorb" in Frostmoth docs have been replaced with "Act_Ex_DE_ship_trapdoor". "Ex_co_ship_trapdoorb" is scripted colony door and a part of Bloodmoon's mainquest.
* "chargen_plank" is duplicated in Frostmoth, so when the script "CharGenClassNPC" runs, "chargen_plank" is randomly removed from either Seyda Neen or Fort Frostmoth docks.
* The "Five Fingers of Pain" spell used to "damage health". I've changed this to "drain health". Also raised the spellcost from 7 points to 20.
* Gondolier's Helm were marked as "medium armor". I don't know about you but since when did a straw-hat protect you from anything?
* goblin_shield_durgok_uni were incorrectly named "Goblin Shield", when it should have been "Durgok's Shield".
* Mornsu Omalor, a Dark Elf in the cave of Nammu carried 12 (!) bows, but only one arrow.
* Dolmesa Sarano, a Dark Elf in "Halit Mine" were incorrectly set as hostile.
* Zallit Assattadaishah, a Dark Elf at the Ghostgate should be an "Ashlander".
* Removed the smoke from Gorak Manor, there's no active fire inside.
* Removed several chimneys' in Pelagiad, some houses had no fireplaces.
* Changed the name of the small "Drum" to "Guarskin Drum" to fit with the other, larger drum.
* Some pieces of the Imperial Chain Armor set had the wrong AR value, fixed from 20 to 12.
* The Imperial Chain Armor Pauldrons had the wrong weight which made them count as "Heavy Armor".
* The Mace of Slurring didn't have "Igonores Normal Weapon Resistance" checked in the CS.
* Karpal's Friend didn't have "Igonores Normal Weapon Resistance" checked in the CS.
* Sword of Agustas didn't have "Igonores Normal Weapon Resistance" checked in the CS.
* Wind of Ahaz didn't have "Igonores Normal Weapon Resistance" checked in the CS.
* Removed Daedras' from "Kogoruhn" and replaced them with 6.th house encounters.
* Removed the shield from High Fane Ordinators, since they wield claymores.
* A few containers that should only hold clothes had gold in them.
* Steel Fire/Storm/Frost/Poison-sword used the wrong enchantments.
* Fixed over a 1000 items that had no "owner" or were floating.
* A stair in Ald-Ruhn, Guild of Mages were missplaced.
* The Adamantium Axe were misspelled as "Admantium".
* Large Dwemer Goblet were misspelled as "Dewmer".
* The Slavepods in Sadrith Mora wasn't locked.
* Added a shrine to Molag Mar, Temple.

* Removed a few items that didn't fit in very good with this game (wooden shield, wall of the eyeless, piano (wtf?) and some other small misc items.
* NPC's in Pelagiad, Guild of Mages, will now provide you with some services as enchanting and spellmaking.
* Fixed a rather serious bug I made when changing the setting value for unarmored skill.
* The Travel Agent in Seyda Neen will now let you travel to Pelagiad for a small fee.
* Removed a tree that were blocking the entrence in "Dissapla Mine".
* The Alchemist in Pelagiad were bugged and had no items for sale.
* Removed the enchantment from the Golden Saint helmet/cuirass.
* Fixed pathgrids in Vivec/Ebonheart (thanks "Fulgore!")
* Added a guild chest to the Mages' Guild, Pelagiad.
* Imperial Chain Gauntlet used the incorrect mesh.
* Lowered a floating stair piece in Gnaar Mok.

* Some Imperial Guards are now female. I'll add more diversity in the next update.
* Lots of small cosmetic changes, mainly improvments to old exteriors/interiors.
* Temple members will now wear "temple robes", based on rank.
* You can now buy portable bedrolls from various traders.
* A new grand entrence to the city of Vivec.
* Various improvements in Gnaar Mok.
* New creature, the Stone Crab.
* New Tavern in Suran.


Weapons/Armor
* The enchantments on "Trebonius' Staff" and the mace "Light of Day", were seriously overpowered, making the player able to cast the enchantment a 100 (!) times until you run out of charges. I've made changes so you can "only" cast the enchantment 20 times.
* Most enchanted weapons and armor had stats than were lower than their counterparts. In some cases they were also less valuable. Fixed so they share the same stats and are a bit more valueable (based on the enchantment).
- Example: The "Fireblade" worn by "Buoyant Armiger" is a steel shortblade, but its stats were actually much worse than the steel shortblade.
* Changed the name of a Nordic Silver Battle Axe to "Heartfang", as it was supposed to be an artifact, thus the change.
* The regular Bonemold shield were much more valueable than its "house" counterparts, value changed from 600 to 250.
* Raised the enchantment points a bit for glass/ebony/daedric staffs to make them more useful for mages.
* The Bonemold Long Bow were seriously overpowered with 400 enchantment points, changed it to 80.
* The dwarven mace "Clutterbane" had an error which made it impossible to use its enchantment.
* Stalhrim weapons had a weight that didn't made sense if you compared them to their armor counterparts.
- Stalhrim Dagger weight from 5 to 4
- Stalhrim War Axe weight from 34 to 10
- Stalhrim Mace weight from 65 to 12
- Stalhrim Longsword weight from 70 to 15
* Gave Volendrung an enchantment (It had no enchantment) similar to the one in Daggerfall.
* Stalhrim armor set were refered to as "Ice" in-game, changed to "Stalhrim"
* The Longbow were less valuable than the Shortbow, which made no sense.
* Made some changes to medium armor, should make medium more useful.
- Adamantium AR from 40 to 50
- Stalhrim AR from 50 to 55
* A massive value nerf to high-end weapons.

Exploits
* Removed the grand soulgem (filled, golden saint) from Balmora, Guild of Mages and replaced it with an empty counterpart. Also reduced the value of soulgems to make filled gems less valueable.
* You could find not only one, but two "sword of the white woe" in Balmora, I removed one of these. Also moved the remaining one to a more secure location where the guard can see it.
* You can no longer steal the Ebony cuirass in Dren's Villa by sneaking behind the pillar. It's not realistic anyway since Orvas Dren is just a few feet away.
* Replaced the patroling ordinator in the Redoran Vaults (lower level) with a stationary ordinator that won't leave the room while resting.
* Removed the Limeware platter from the Census Office, replaced with a redware platter.
* Reduced the amout of loot found at Ghostgate, Tower of Dusk/Dawn.

Misc
* Dwemer Cog weight changed from 50 to 20 (I mean the Dwemer Cuirass and Greaves had a combined weight of 50..)
* Rebalanced the cost of all apparatus. Weight will also be reduced based on the quality of the apperatus.

* Increased the time for vendors to resupply their gold, from 48 to 72 hours.
* Reduced the cost for Mages Guild Travel (nerfed from a previous patch).
* Changed the value of most keys from 300 to 25.
* Dwemer Coherer weight changed from 40 to 10

* Removed the graphics replacers. They will be included in an upcoming graphics pack.
* Cleaned the archive by removing unecessary textures/meshes/icons.

thanks you so much for your work dude ! you can be sure you're making one guy happy ^^

Np! I loved making it. Let me know how it goes!

Nice guys, i love your work and the fact that there are some modders working with passion on good old games ! Thanks you !

neat :D
i think it's time to start a new char

ok man, I tried the mod this morning on a fresh install of morrowind goty steam.

I tried your mod back then when it was in 1.0, and i got to say to work done till 2.1 is tremendous.

Your mod really brings "LIFE" to morrowind, all the attention to detail, more npcs walking around, the architecture overhaul, I mean you know, you've done it.

I really like is the towns are basically the same emplacements, but you created so much work in each town, modified them, changed the buildings, the details, added so much life to them, witheout getting lost in them, because architecturally they are about the same.

This is also a great mod for guy's who own a old laptop, or rig. I have to lower detail distance on my laptop, but that doesn't derange me at all. (god i sold a i5 laptop witheout thinking and i am now with an old centrino, 7600 go nvidia).

Anyway, great work man, and i say long life to your mod editing and creation.

I'm really glad you liked it! As you probably can see I put a lot of effort into the mod and what I've done from 1.0 to 2.1... well lets say it's another mod.

Hopefully it will continue to grow and improve as time goes on, I have a lot of ideas and things I'd like to add before I consider it a "finished product".

Let me know if there's anything else!

I can't see anything about aragorn in sadrith mora...