Duel'em Dave is an upcoming free indie game to be released on Saturday, July 3rd, 2021. You are an outlaw, winning duels to stay alive- quickly becoming the best gunman in the old west. However, being the best comes with its challenges. You must face off in 3 fast-paced and strategic levels against enemies who want to win your title, and get your glory, as you figure out the type of outlaw you will become.

After I released my previous Unity game in February, I decided to experiment with Clickteam fusion 2.5 to make my next project. After some time and developement I came up with Duel'em Dave- a 2D Western shooter game with 3 different levels in a partial point-and click style. That being said the full game is being released on July 3rd with a test build being released on June 26th. 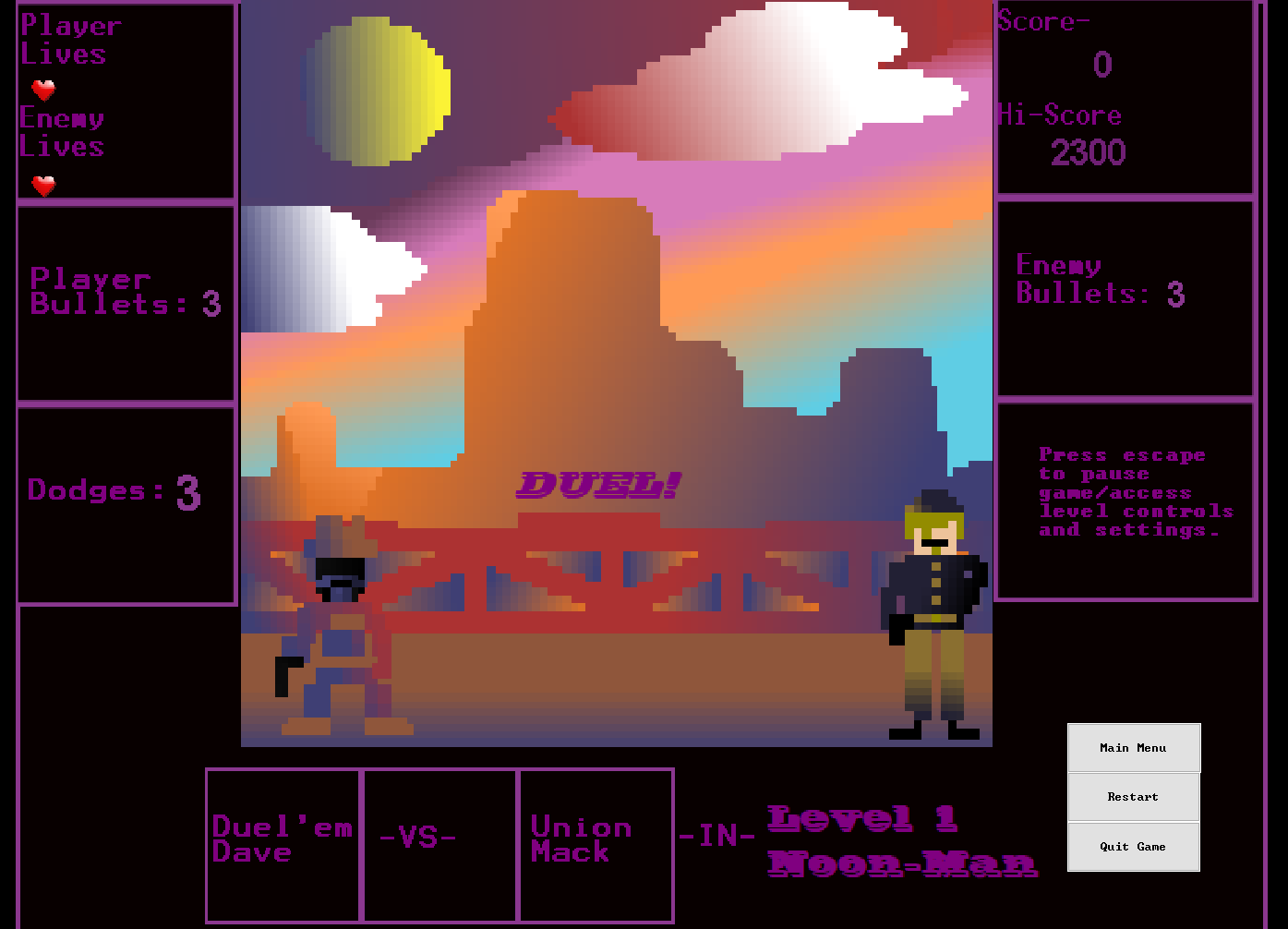 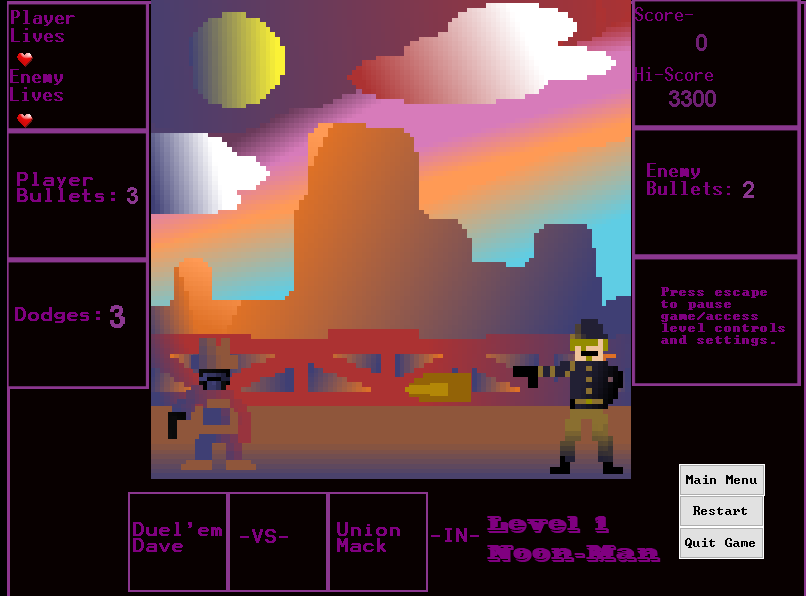 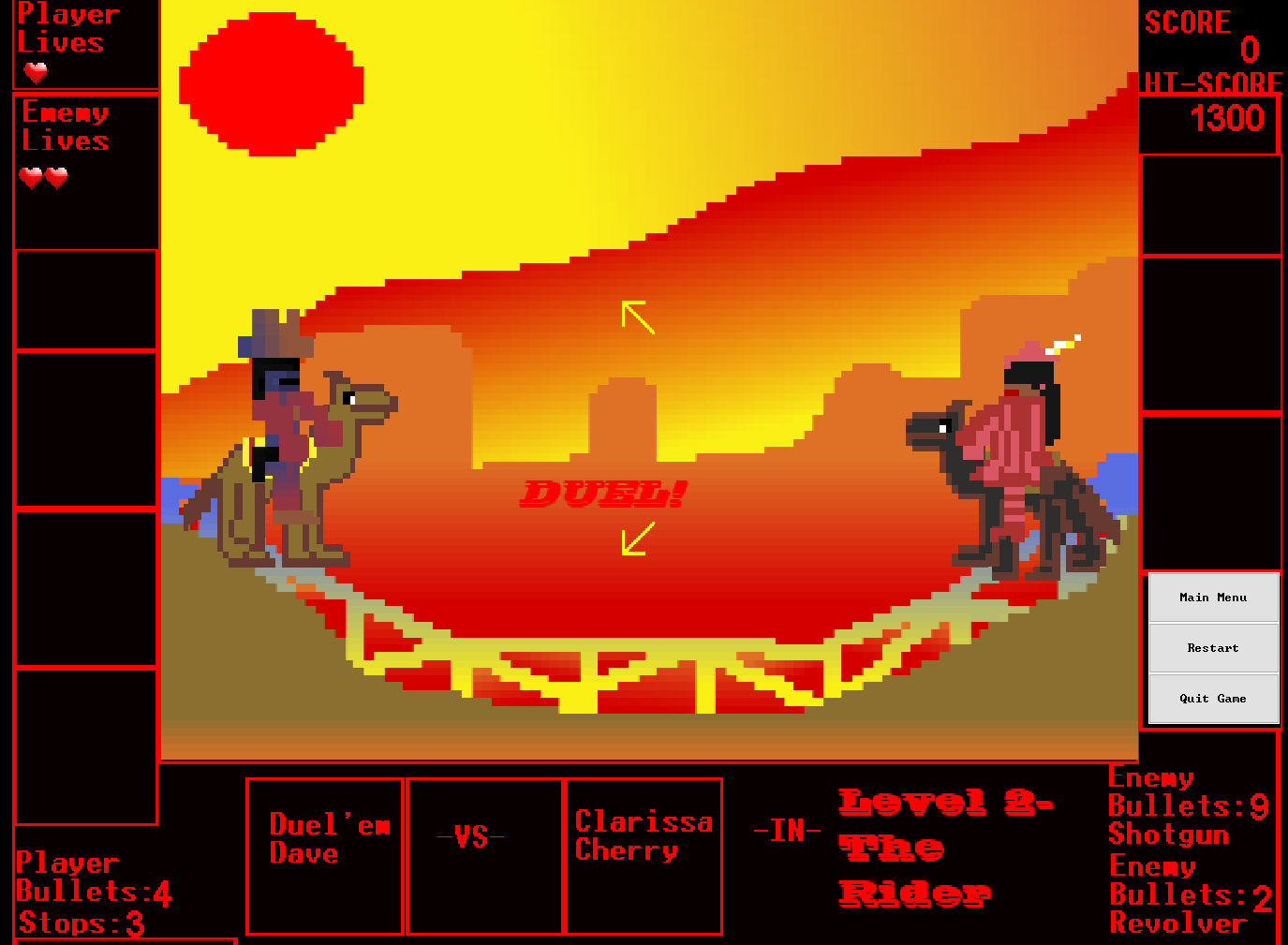 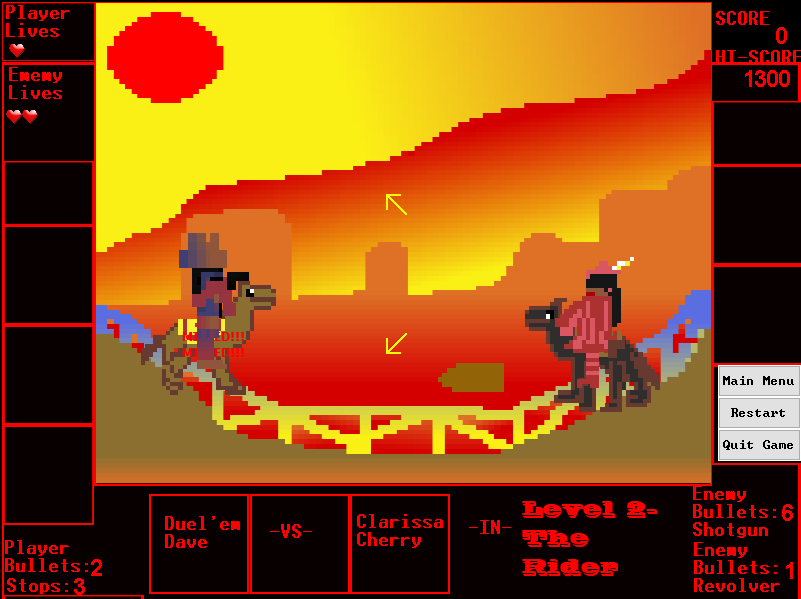 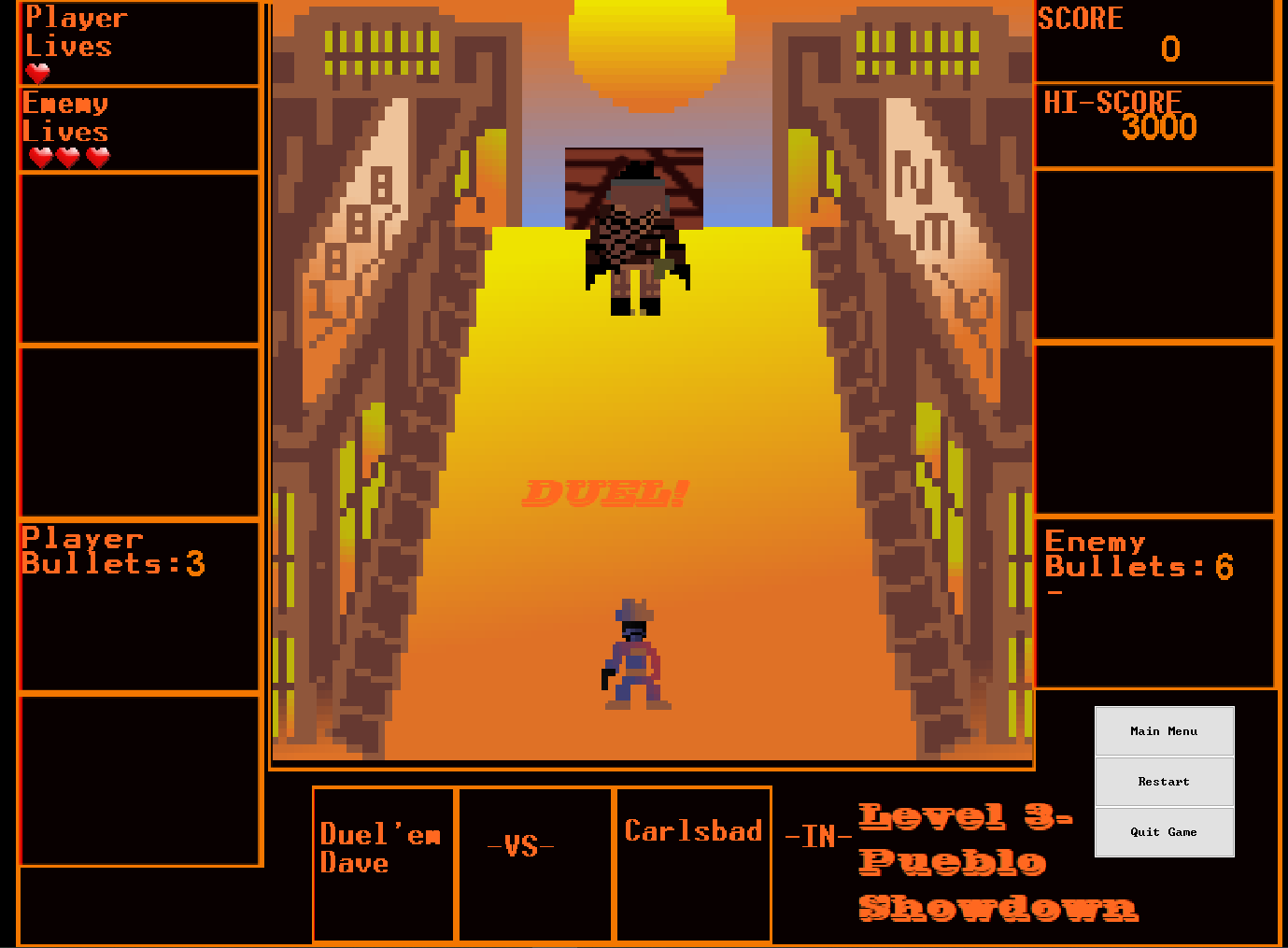 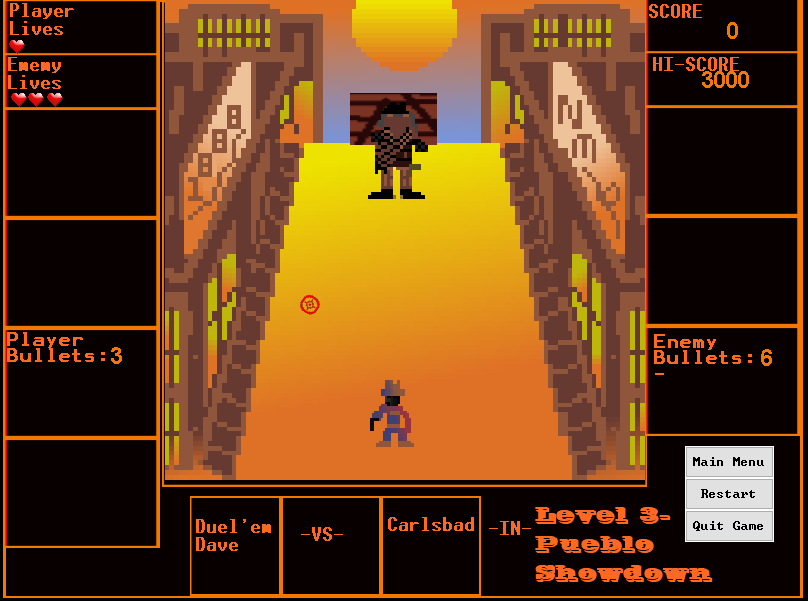 Ending Poster- There are 3 endings! 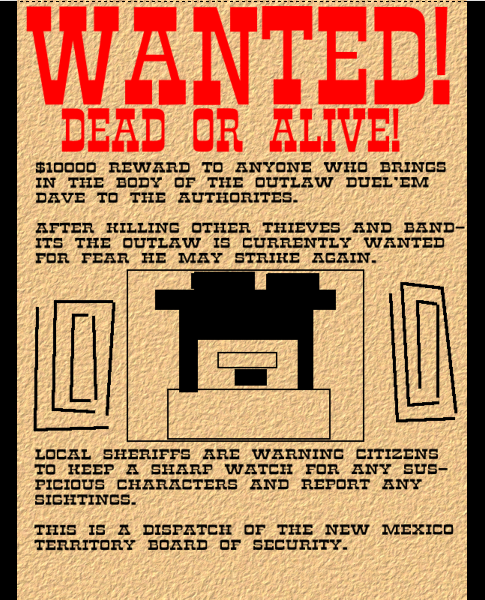 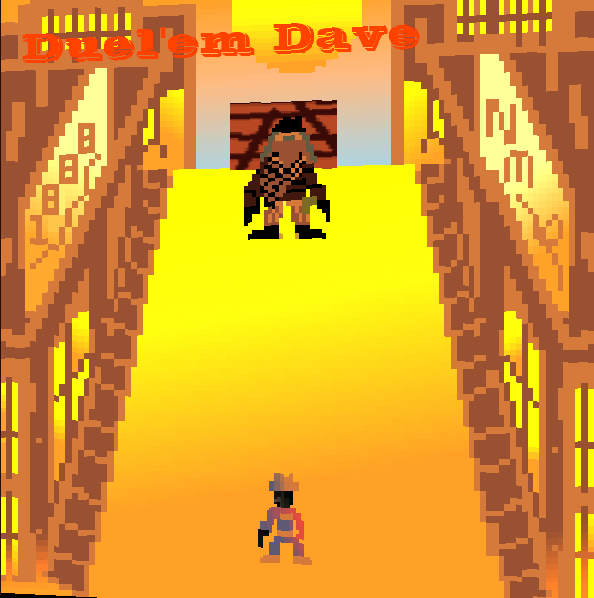