Wc3:WoW finally nears its release enough to the point where we feel we now have a confident grasp over its definite release date!

Years of development Wc3:WoW has struggled through at a sluggish pace, but now, after all the effort and time devoted to developing this immense project, Wc3:WoW has reached its milestone we've been trying so hard to achieve and we can declare its first official release date!

So when is it? May 9th around the afternoon most likely. Finally, a release date we can all anticipate for. The public release will include all features except for trading, guild creation, naming your own characters/pets, and boat transportation. Everything else will be included, the rest can be expected to be available in the next release afterwards, which we expect will take only a couple months to get done. 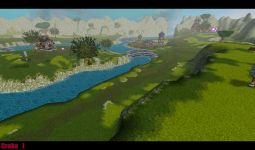 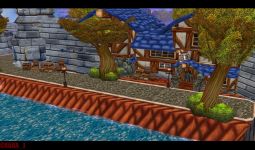 The initial release we're pushing for will also include a smaller version of Wc3:WoW which will be an MMORPG version. It's smaller in filesize because we try much harder to conserve filespace on low-end computers as well as the fact we want to try best as we can to keep the chances of FPS lag to a minimum. The program we're using to run the Wc3:WoW mod online is an exclusive yet early version of WarSoc. It has some minor bugs in it right now, but we expect to have a few of them fixed by May 9th.
We'll keep you posted! Keep an eye on the profile!

Nice! I want this!

OMG. Cant wait for this! :D

Its been a while since i quit WoW, but that pushes me back in line.
Cant wait for it!

Tight, looking forward to this! :D

I'm gonna try an get leveled quickly after its release so I can be on top later on :P