Halloween and the release of the next version of Clan Quest Mod is just around the corner!

Halloween is just around the corner and staying in the spirit of the spooky holiday, I am proud to announce that Clan Quest Mod 4.0 will arrive just in time. The release date for this ambitious next chapter of the game will be October 26th. 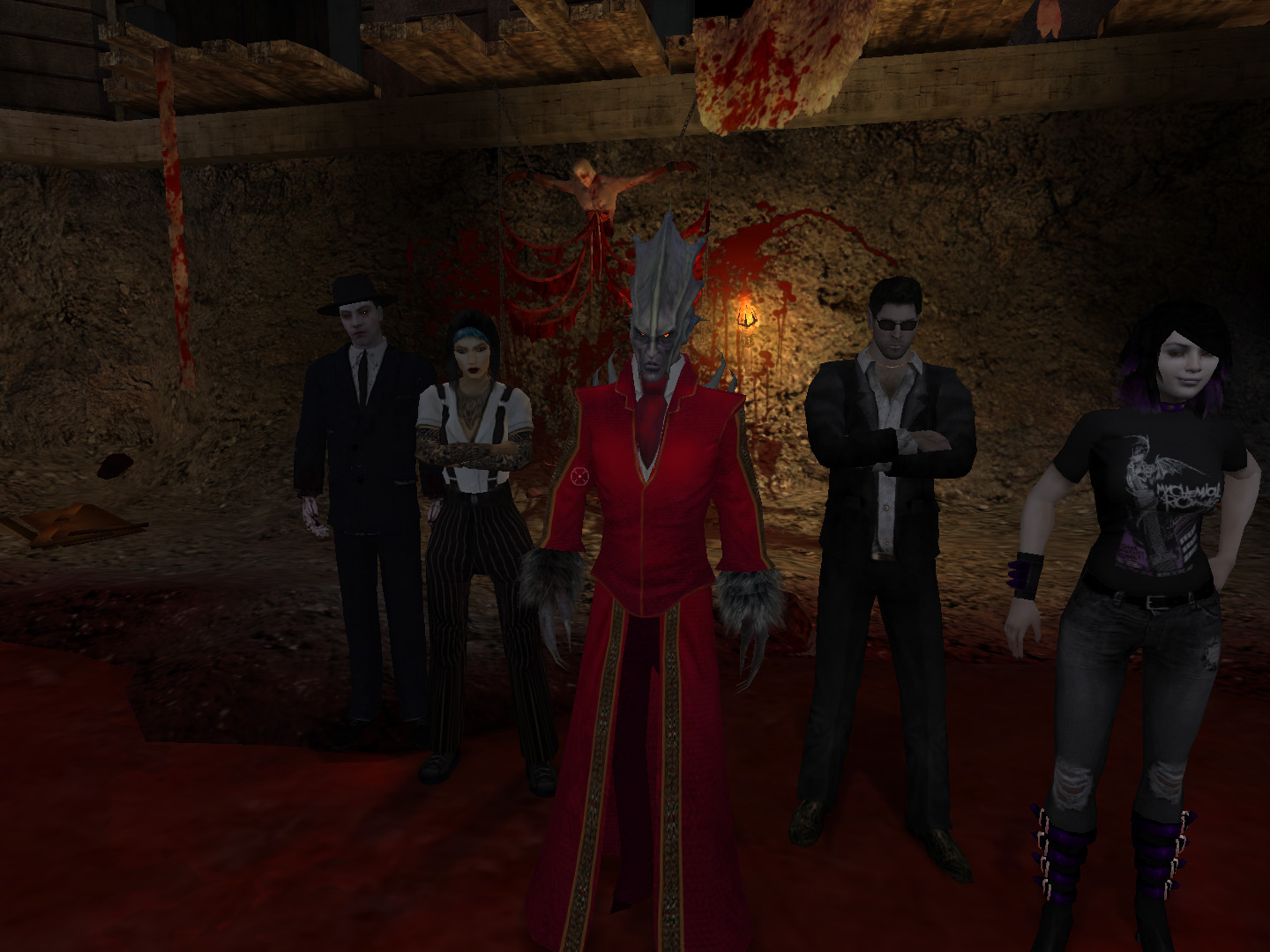 Let's take a quick stock of everything you'll get in CQM 4.0:

In addition to releasing the mod, I'll also be taking up the YouTube mantle once again to do a special Let's Play of the new content, which will include developer commentary so you can get additional information into what went into designing the characters and setting and making the mod.

A 4.1 release of the mod is also expected sometime in the future which will include some other enhancements, not withstanding, bringing the base version of UP included with the mod up to date.

Stay tuned here or on Twitter as All Hallows' Eve grows ever nearer and Bloodlines rises from torpor once again!

Can't wait for this update, your mods are kino

I've been checking this page for updates every day in September, I'm really excited for another playthrough of this game, your work is great

Why Lorenzo is not present in this pic? Is he the one who holds cellphone? :D

"Okay, everybody, look into the darkness of the Abyss and say 'cheeeeeeese'!"

Great picture. They look ready to start their own band.

One hope I've got is that you added some new radio dialogues with Andrei :P

Why use the Unofficial Patch (v 9.2) instead of the most current one? (v 10.1)
Forums.planetvampire.com

I'm curious as well why it's still using the 9.X patches? Like does the other mods included like Arsenal Mod not work on Unofficial Patch 10 and over?

I think I can answer you. Mods (unless it's skin mods) have to be built in top of the unofficial patch.

If one just updated the mod, while making it, on the new updated versions of Unofficial patch each time a new unofficial patch is released, you would never see mods being released. It would become a stress.

So you usually just update to the version currently released when you finish your own mod.

Pretty much what Sergio said! At some later date, I'll bring in the changes from 10.x but when I started working on this mod, v 9.2 was the newest thing, so that's what it's based on.

I have been waiting for this mod update for a good amount of time to fully commit to my first full playthrough. Can't wait!

Wait, is that girl wearing an MCR shirt? Freaking sweeeeeeeeeeeeeeeeeeeeeet!
I'm gonna need to add some mcr tracks to the game now, it MUST be done. That aside, killer choice :) Love it.

Please never ever add any MCR songs to this game

lol don't worry, I'm not actually a MCR fan, but the shirt/band fits the character

you can add the story section in the character creation?

No, it's not possible unfortunately.

Have to ask. Is Hazel Tomes' little low-resolution issue fixed?

Happy to say that it was fixed!

I just did a clean game install with this mod and the first computer's email in haven apartment is locked with hacking (5). Is this intended at start?