Finally, I'm happy to announce the Arx Insanity release date, after 6 years of development the mod is in a final state and it's getting solid, so the date is close and the mod will be released on OCTOBER 30TH 2020, starting with a beta release!.

Finally, I'm happy to announce the Arx Insanity release date, after 6 years of development the mod is in a final state and it's getting solid, so the date is close and the mod will be released on OCTOBER 30TH 2020, starting with a beta release!.

Development is intense and day to day the mod is being improved and approaching the conclusion, the long wait is almost over.

Plus, to commemorate the release date announcement, a first trailer for Arx Insanity is now released!, you can watch it in the link below:

If you live in Russia or some other country and can't access the site or send bug reports, you can also do so by sending private messages to my profile. Sorry for the inconvenience.

Bugs are added to the list and they are being worked on when they are received, if you want to report any bug don't hesitate to do so, have a nice day. You can check the list here: Bit.ly

You can join and help improve the game:

A massive hotfix for Arx is in process and with your help, we hope to find and solve all or at least most of the bugs found in the whole game, one of the goals of Arx Insanity and this "quest" is to fix all bugs as possible found in vanilla 1.21 and Arx Libertatis 1.2, to provide a stable game with the best functionality and bring quality to our beloved Arx, you can also send requests and suggestions for the mod. The Bug Hunting Quest is now online and you can submit all the reports you want in the link below, the hunt has already begun:

Edit: Don't worry about a progress update, the mod is in a very advanced state, currently working in the final levels for textures, and most of the work is now focused in audio, scripting, gameplay and item polishment, probably the final release date will be revealed along with a trailer in the next update :)

Some people were asking for details about how the development is going on, now I share with you approximate information and what is done and what is not about level remastering. "2nd and 3rd remake attempt" descriptions mean early versions already done, but not matching the new mod standards and quality or simply not good, so they need to be recreated once again:

In progress and pending locations:

Yesterday all the dwarf level was finished 100%, the hardest level to remaster ever to be honest, it has new lighting design and now it's more creepy, also it's improved in environments, visuals and sound effects. Gameplay design was changed here, from a persistent and more annoying black beast, it will be a new nightmare and nemesis for Am Shaegar, dwarven mines are absolutely dark, so you will need to find a torch before explore the last part, also there is a little surprise in the level. This has one of the best atmospheres in my opinion. Crypt level 5 received huge/radical changes and improvements from lighting, fog, textures, lore, level design, ambiances and music in addition with new gameplay to bring life and make this last level more interesting and interactive. I dropped a new sneak peek for the dwarf kingdom in the upper banner and below, so you will have an idea without too much spoiler about the looking, much effort was put on this level. Work this level brought me vision problems but it was worth it. Let me know what do you think about this new type of updates, do you want more?, thanks for your support and if you have read all this, have a nice day :)

Very happy to announce a brand new design for an updated Arx Insanity Moddb page, from now you'll find this new feature to stylize the look of the page: new dark colors and contrasts will fit with the dark atmosphere from Arx in addition to being a more intuitive design and facilitate reading and page elements visualization, also an improved new comments section is available to use.

We hope you like this new change to make the wait less heavy and give more personality to the project. New development updates will be uploaded in the future, have a nice day and as always, thanks for your support.

Hello everyone, perhaps you don't see activity in the site/moddb but the work in progress continues with strong intensity, these days development is long and intense. So now I want to keep you informed of the progress: I'm happy to say that 21 of 27 levels are finished and remastered with HD textures, lighting and style, but missing pending environment polishment, I think in 1-2 months a completed and polished remaster will be done, so the mod will be available maybe in this year if everything is all right. Thanks for all your support and for being pending of the project!.

I will not upload spoilers or more screenshots from the other levels, I want you to play the mod fresh and as a new experience, but I drop a little sneak peek about the work in progress, have a nice day. 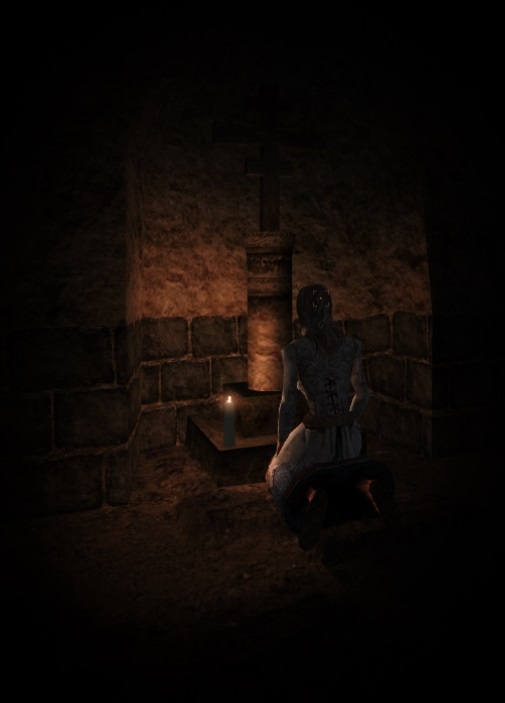 >Join the evil this time

You will have different endings in the game :)

Looking good there Pedro,keep up the good work! Waiting for the finished result!

Hey Kolto thank you very much for your support :)