Squad is now updated to Alpha 8.9, with more content, gameplay tweaks and updates!

Posted by OffworldIndustries on Dec 17th, 2016 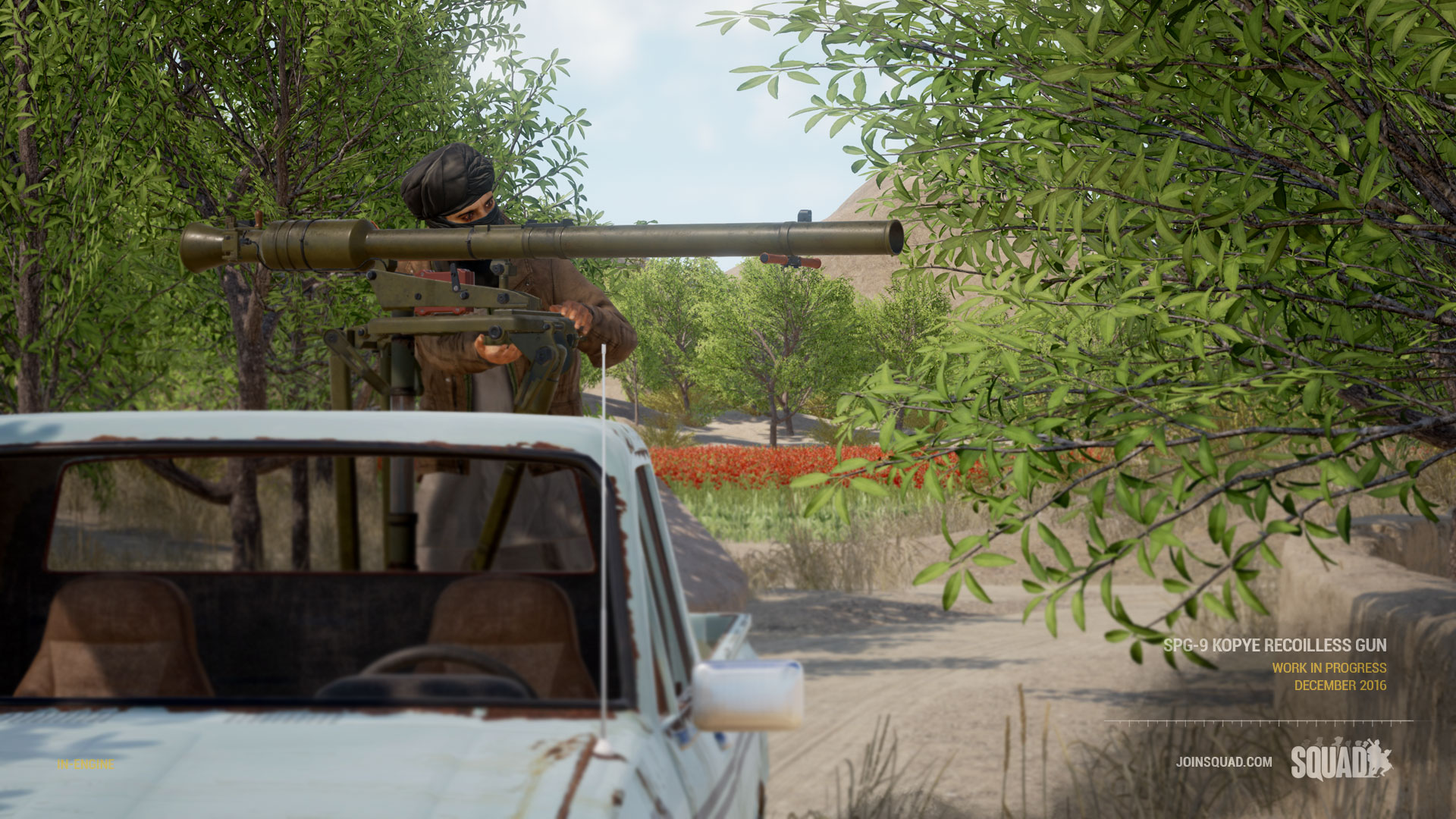 We're hoping everyone is enjoying the December holidays, and as an end of year present for everybody, we're doing a special Holiday Patch with a couple goodies and bug-fixes to keep you all entertained over the break. 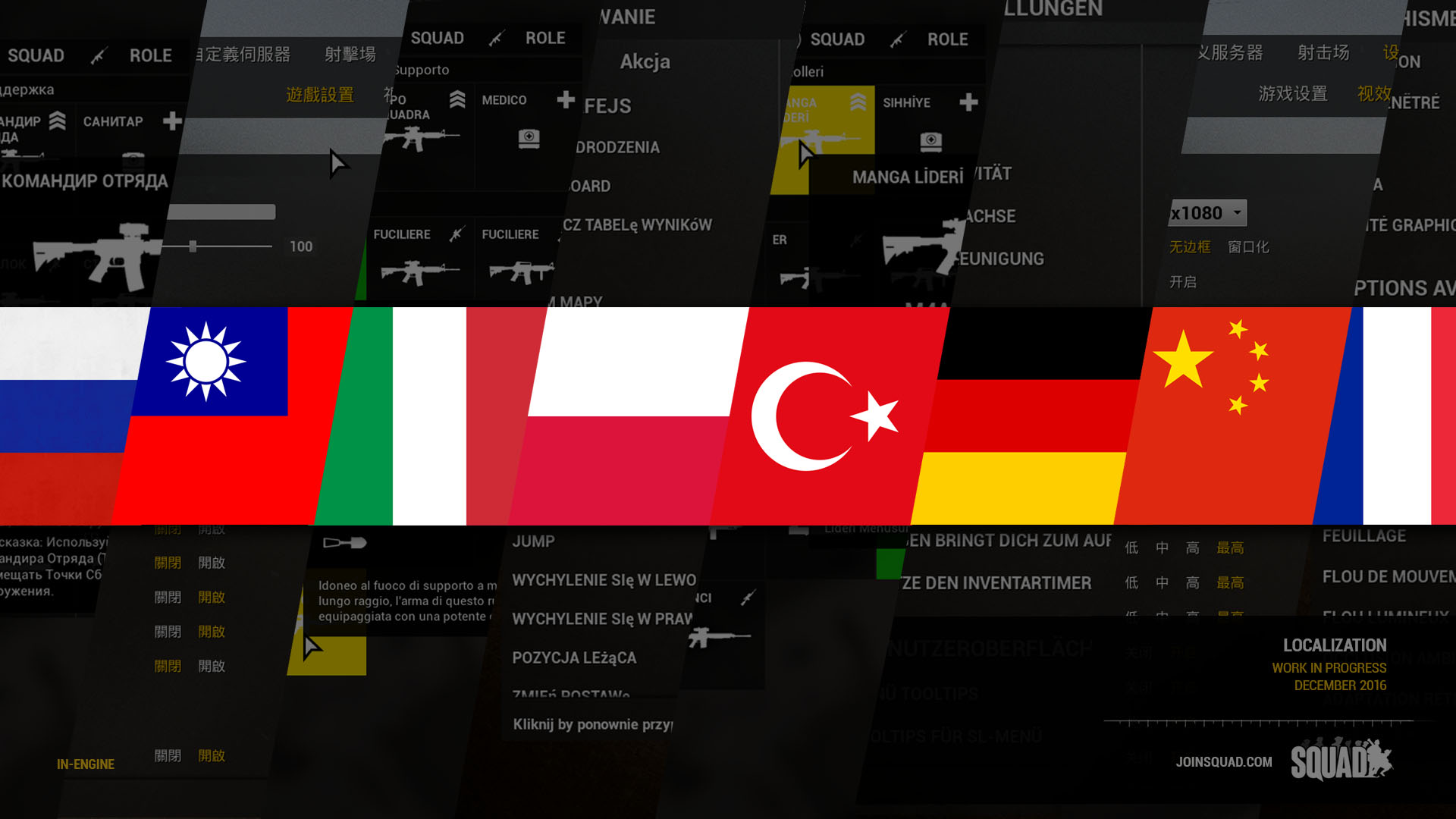 Squad is now available in a variety of languages! From this initial localization pass we have Russian, Traditional & Simplified Chinese, Italian, Polish, Turkish, German and French translations.

Big thanks to our community for coming together and helping to translate and input text for Squad in their native languages. Simply go into Properties when launching Squad from Steam and select the Language setting! 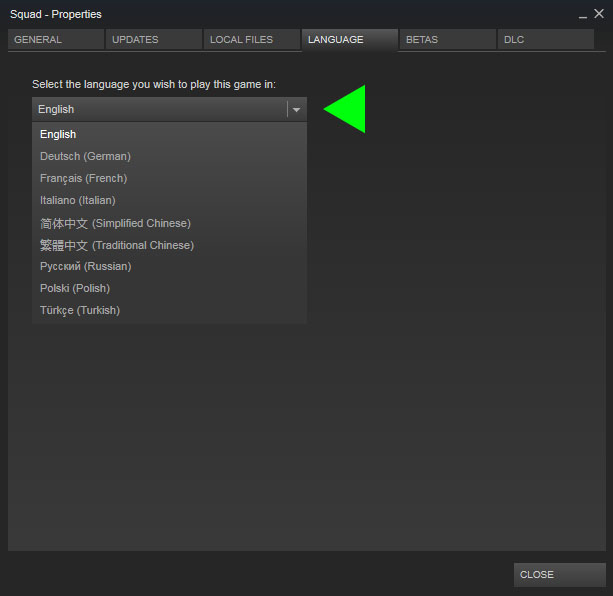 The SPG-9 is ready for action! Emplaced or mounted to a technical, it is capable of firing High Explosive Anti-Tank (HEAT) rounds at velocities faster and ranges further than the RPG-7. However the gunner and weapon are extremely exposed when engaging the enemy, making this kind of weapon unsuitable for head-on direct combat, and more suited for hit-and-run tactics. 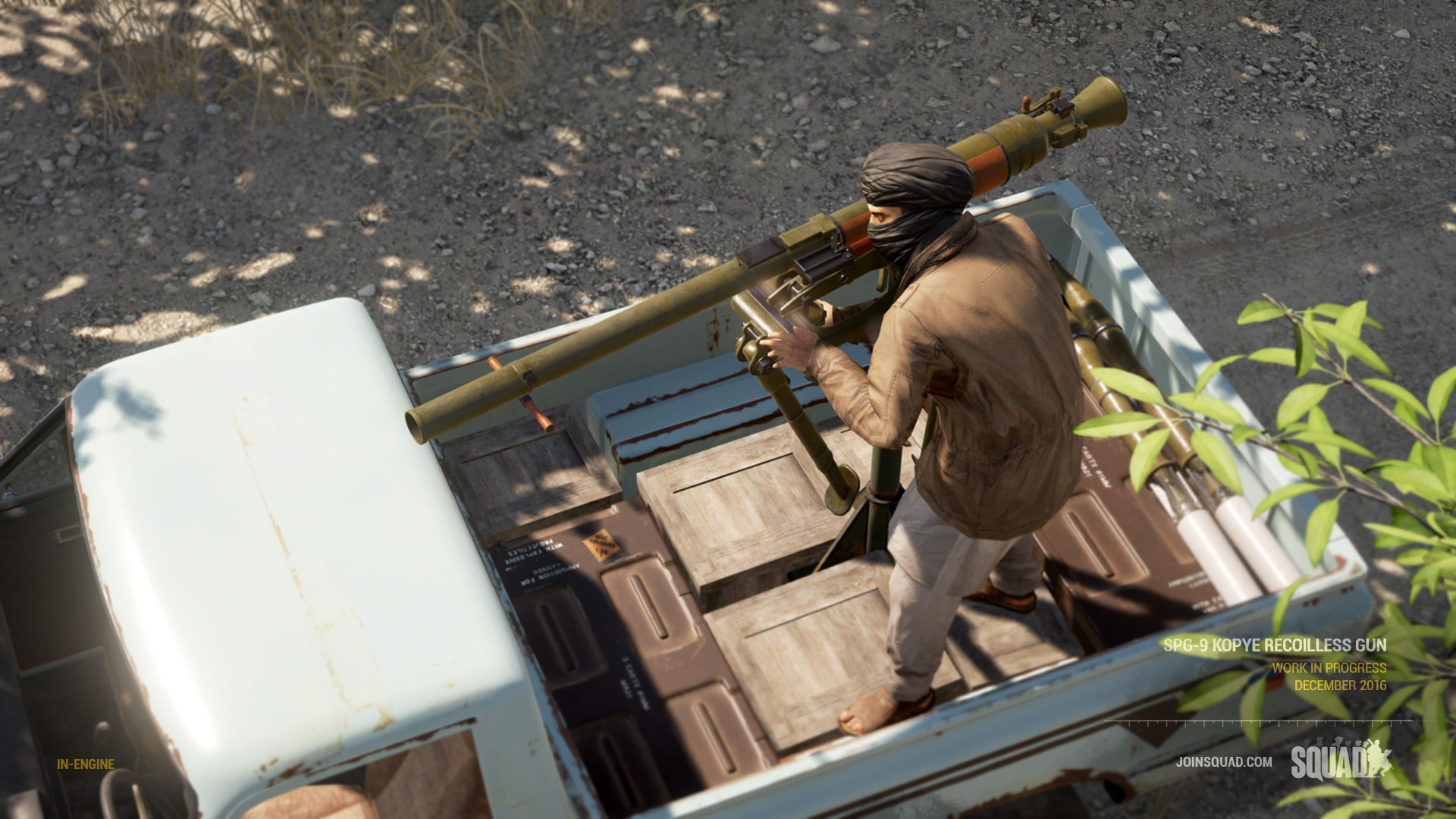 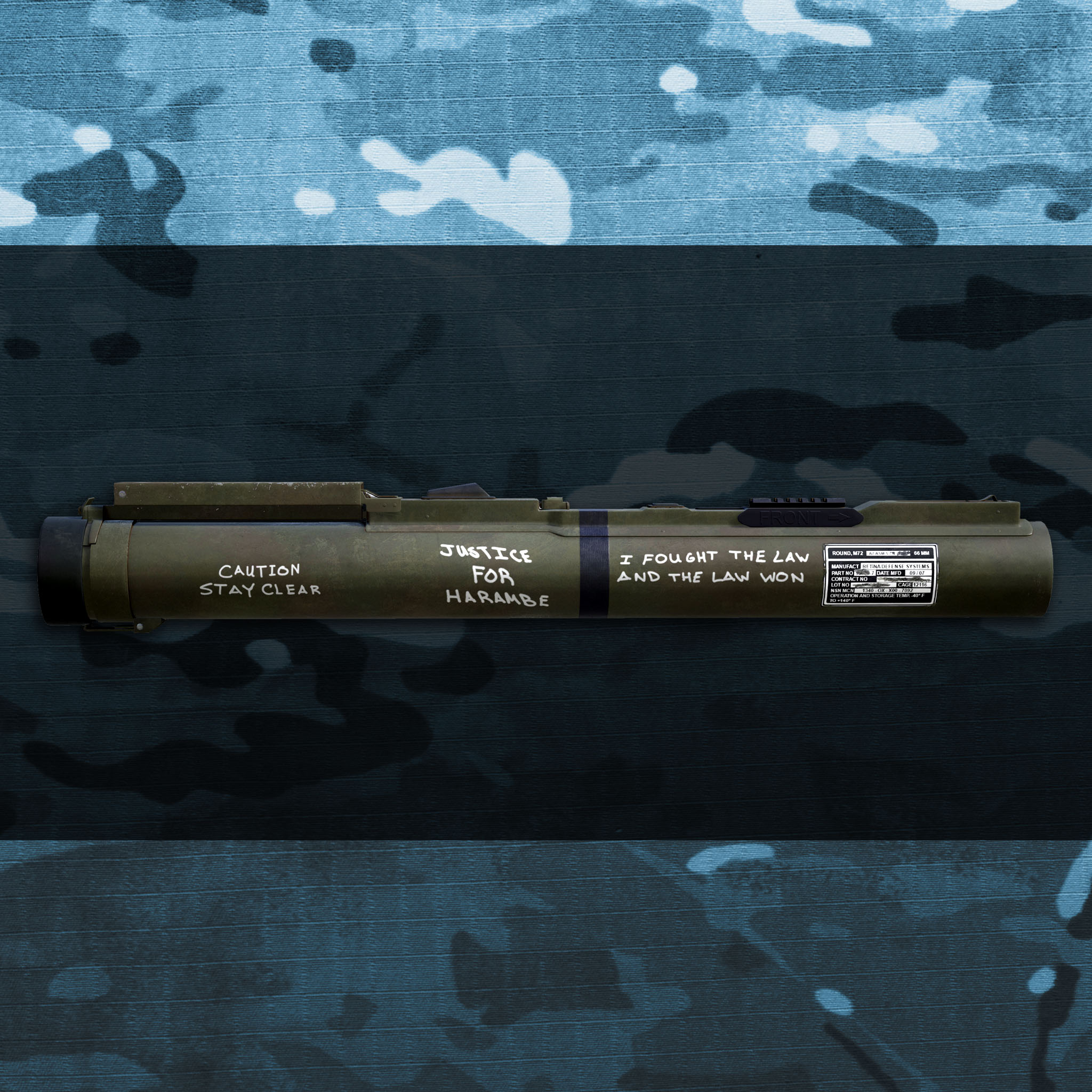 Due to technical difficulties, the Veterans Day event items did not drop as intended during the November 11th event. As compensation for that, we're running the drop event again for these items until January 2nd. So to get these all you gotta do is jump into Squad and play for an hour to get these special weapon skins! Note that these are non-transferable or tradable.

The hardcoded limit for maximum player count per game server has been lifted to 80 players. This is because there are many servers out there on powerful hardware that can very well handle 80 players.The minimum CPU clock speed for servers wanting to get licensed for 80 players is 4 Ghz base clock.

Servers not meeting this requirement will stay at 72 players or less depending on their hardware. Setting an inappropriately high player count on weak/old hardware may result in OWI revoking that license. 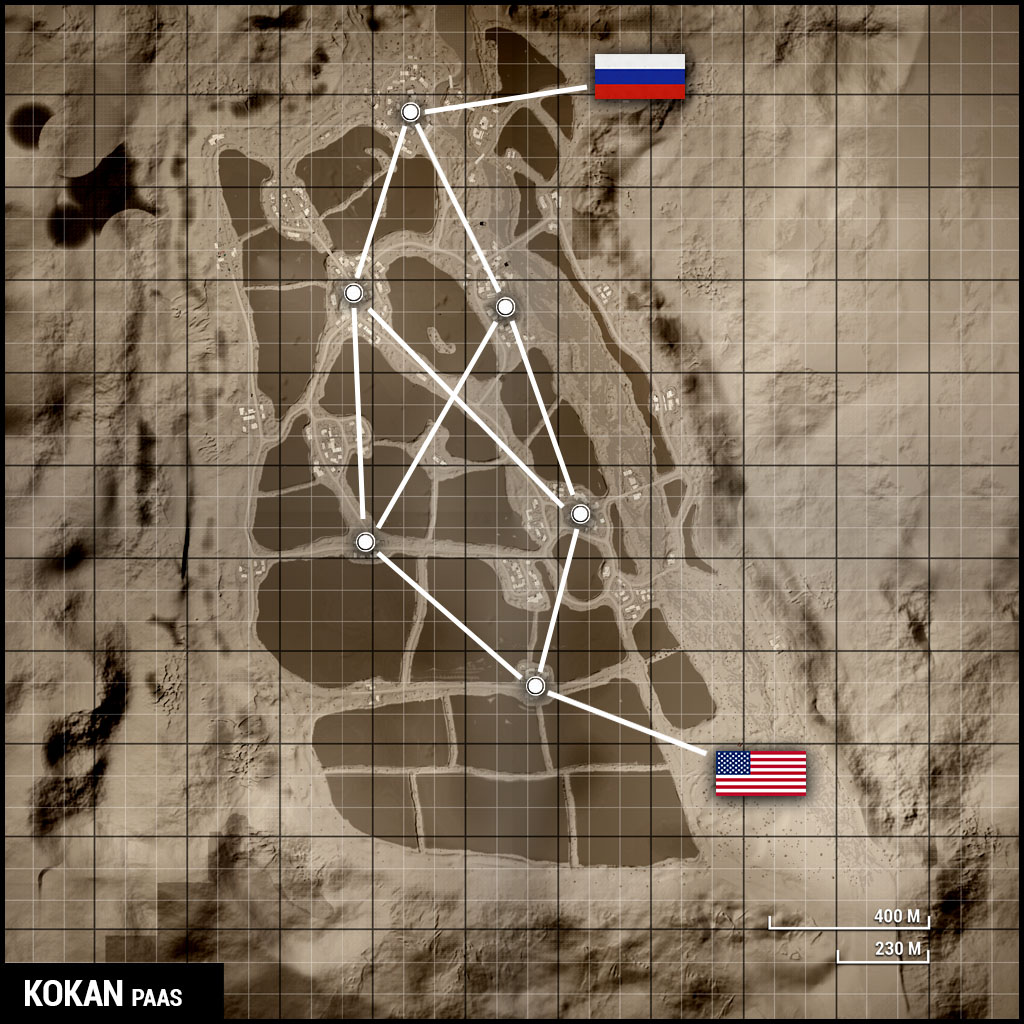 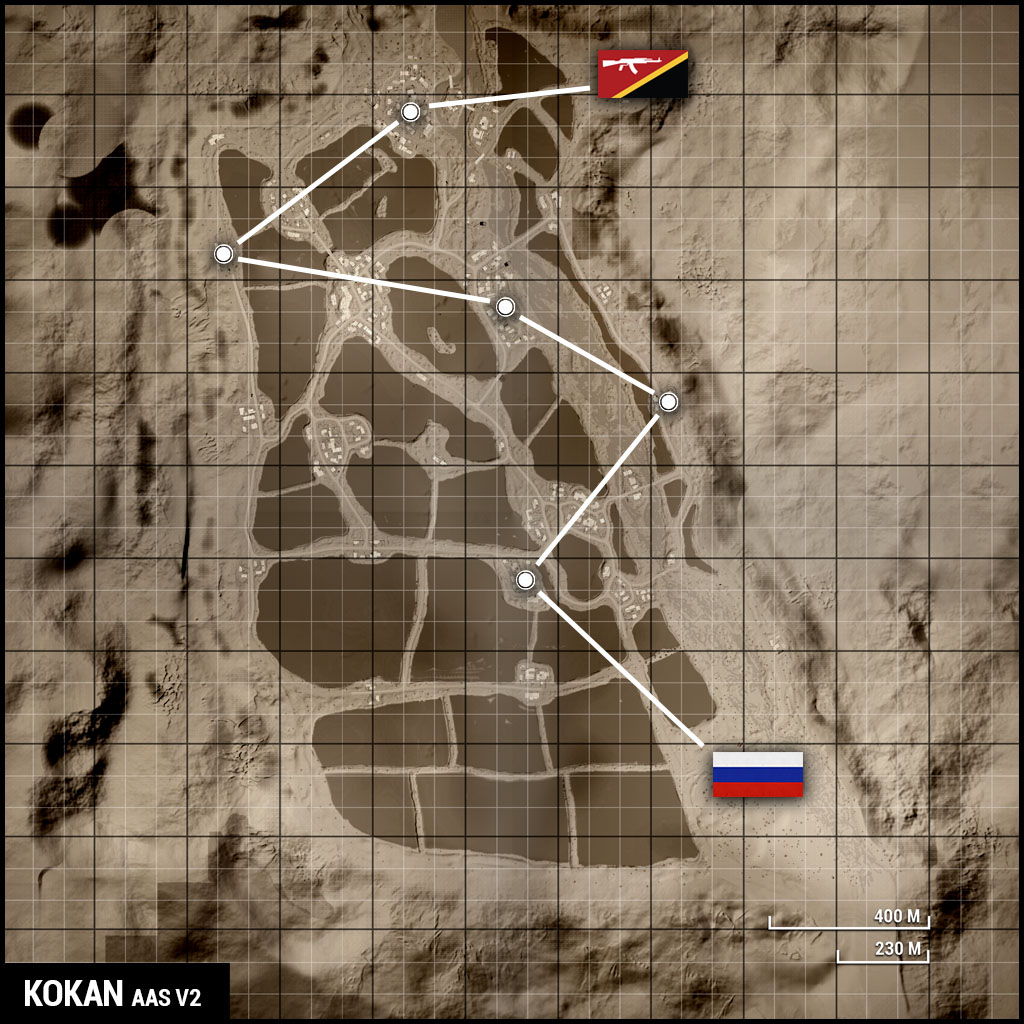 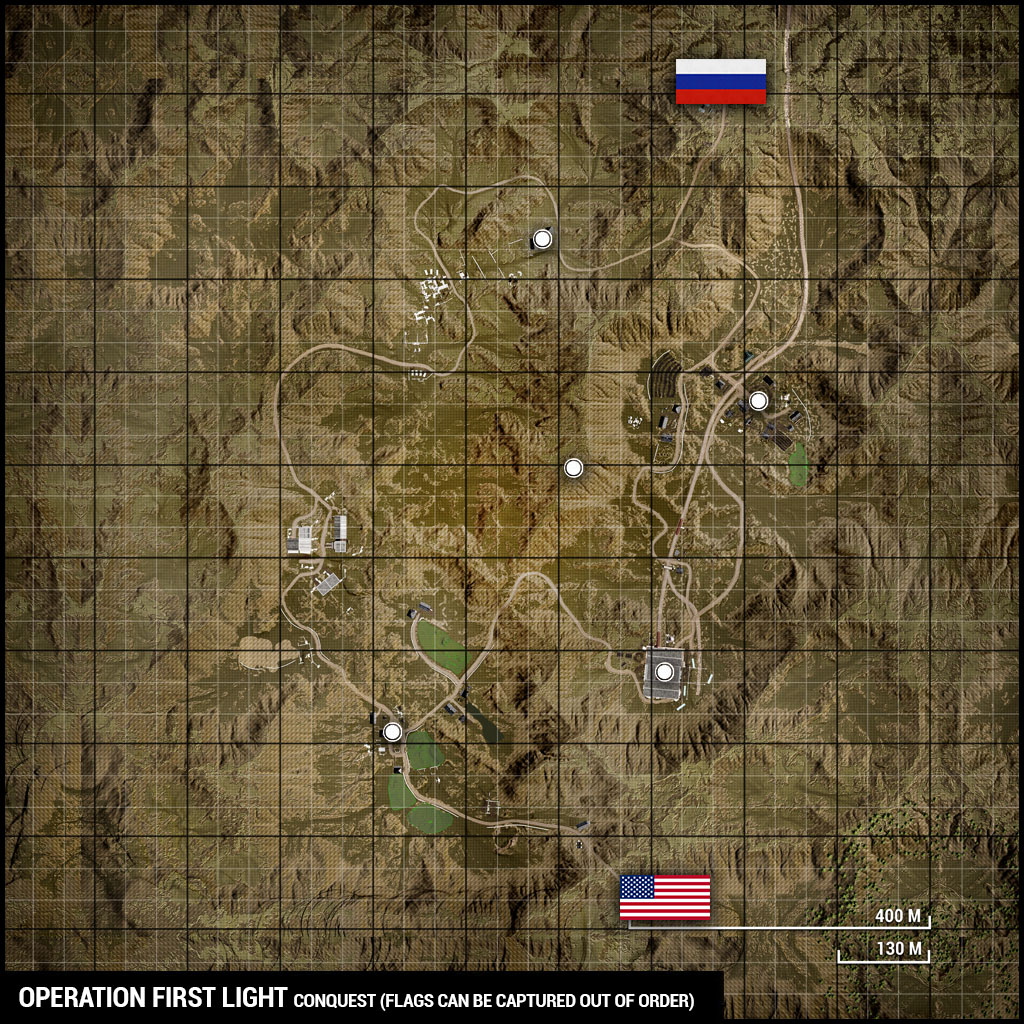