A lot of new UI Features for a better player experience.

Posted by scifanstudios on Sep 7th, 2021

Last iteration there were several play testers where i learned a lot how to improve the game. They all came with good feature requests what i wanted to add. I also added an Event Help so new players can interpret and deal with them better.

I saw playtests where players ignored the important warning panels. So i added a Help Panel to them when an event panel appears the first time. It's showing a help text next to it (with speech) with reasons and solutions.

Players accidentally dismantled buildings, due to they are used to double click. To make this less, i changed the behavior of the Time warp button. It now just needs a single click. When pressed, its turning to a stop button, due to players who clicked it by accident can just click again to stop it. I hope the old players are not too annoyed to use it, due to they learned to double click on them.

Ships gets bigger, crew increases. This caused a remake of the multi selection logic. Its now unfolding as much as possible, up to the maximum amount. Means, when e.g. 30 walkways are selected, 20 of them will be unfolded, and just the 21. item will be "10 Walkways" more that can be selected also. It has also a priority for less selected buildings, so non-walkways will be unfolded more likely. 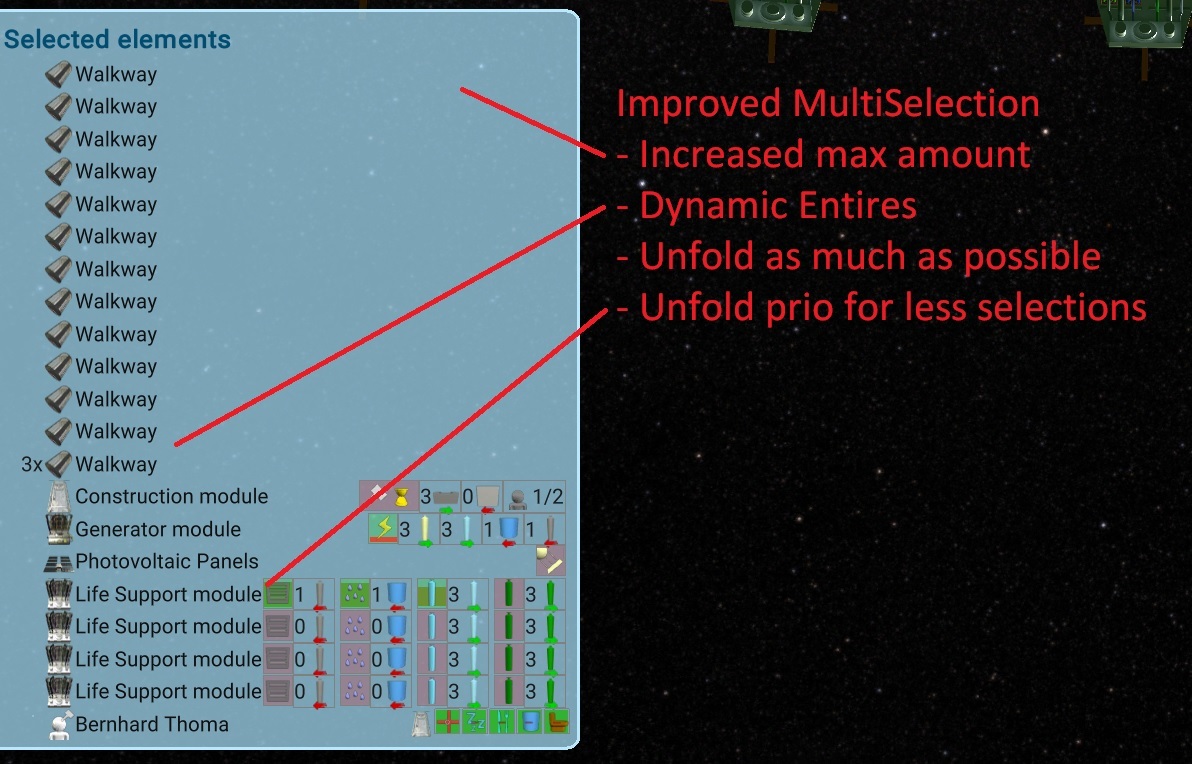 To cancel buildings, i added the cancel button to the multi selection view. But when a lot was planned, it was still annoying to cancel them. Thanks to a good idea from Melodie i added a shortcut to cancel the selected buidlings. Its showing a summary popup to prevent unwanted cancels.

When coming to the later game, it was a bit annoying, to transfer the water to the mass balancers, so i added a ctrl support to transfer multiple boxes. Its just possible for boxes of the same storage and just for the same resource type. I also changed the transfer to the left mouse key, due to this feels way more convenient. Thanks to Melodie and Hokay for the hint.

Till now, all air values had the optimum value calculated for 1 bar. This ment, that when the pressure is low/high e.g the Oxygen was not adjusted to 20% causing troubles for the crew. I update now the optima, so this value is updated and there should be no strange problems with that values anymore. 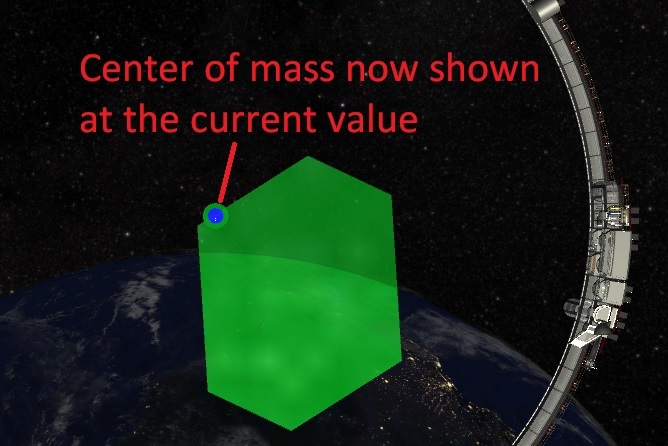 Its now easier at the startup to connect the storages.

So if the player presses CTRL and SHIFT, and just clicking on all Buildings, he can do that setup now in a very short time. Thanks to acidbeats for the hint. 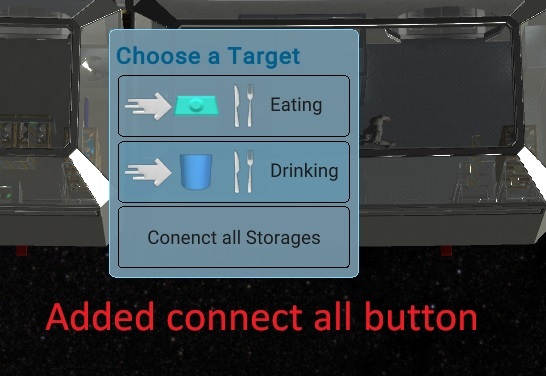 I also added a warning icon to the overlay for general storages, when they are full. Depending on the player usage, it might be a problem to be full. By default it's not shown and need to be enabled with the warnings overlay. 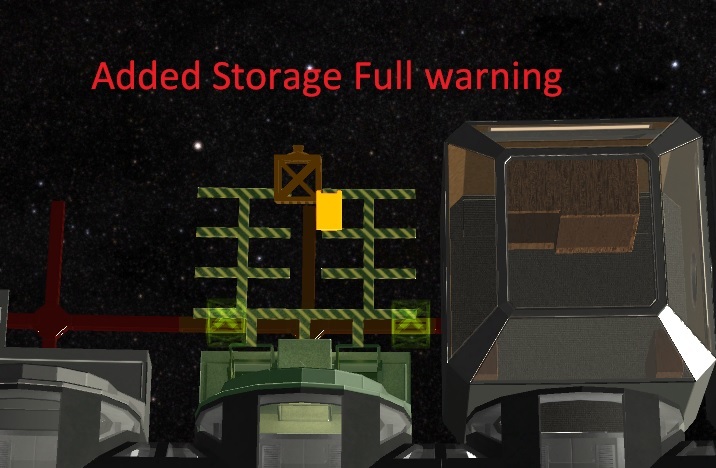 When using the choose feature it was just shown in one color. It is useful, to see more details there, so i make the highlight individual and action specific. So e.g. for Person Activities its differenciate the work and service buildings (and later the living quarter). For Maintenance it will show the current condition and for building a difference between dismantle and construction. 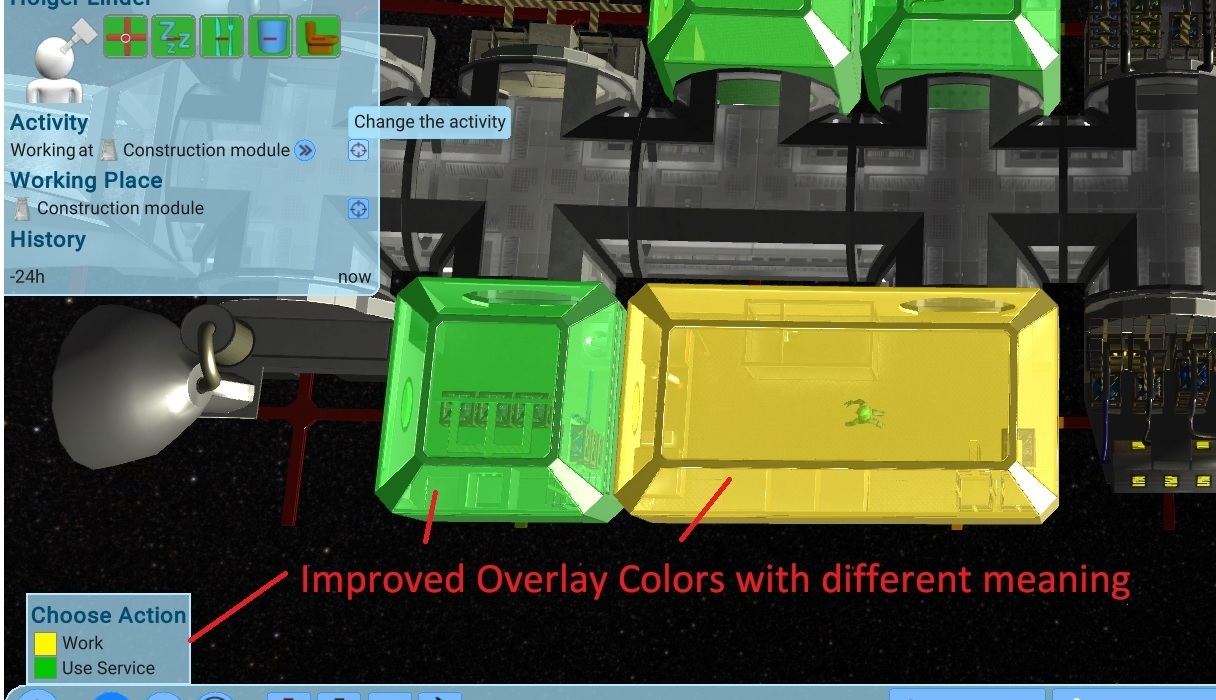 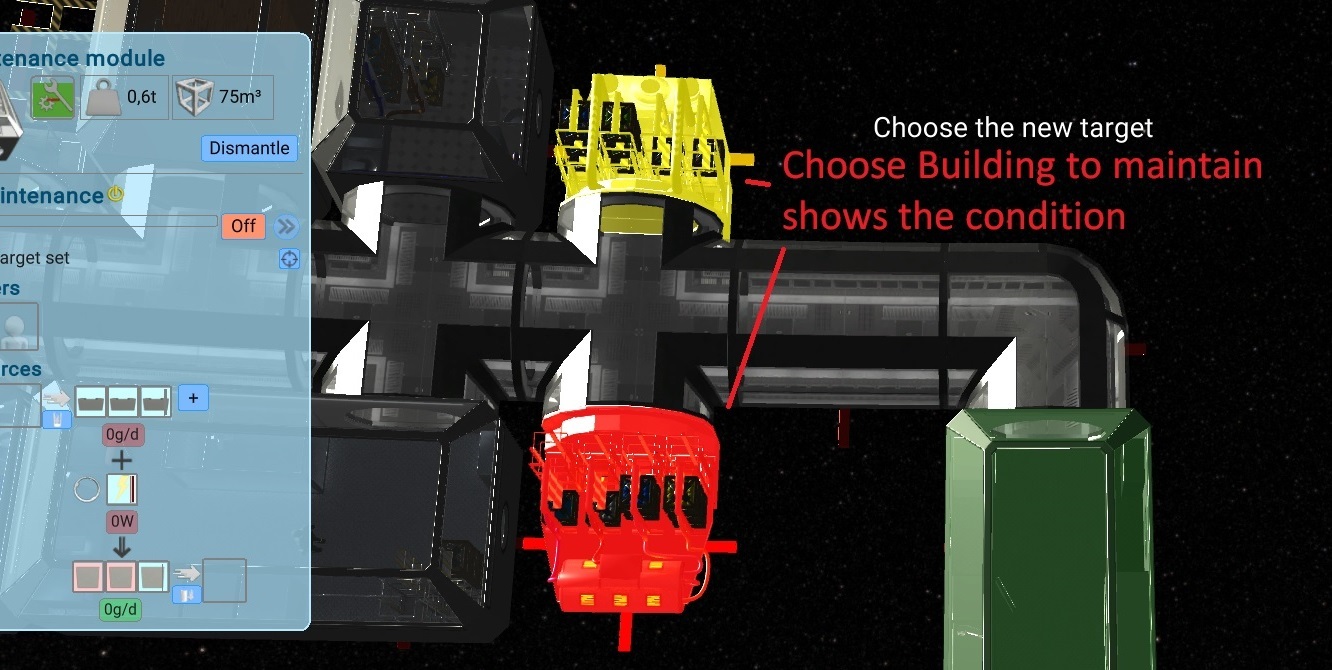 I created a custom Discord Bot for the Game. Its uploading the highscores now directly to discord. The bot is also checking roles of the members to connect from the game. I also added a license model, so all players are at default getting just a "Demo" License. This means, the game will stop at a specific point. To gain the full access, players can enter their discord id and the bot will verify, that they joined the discord server. 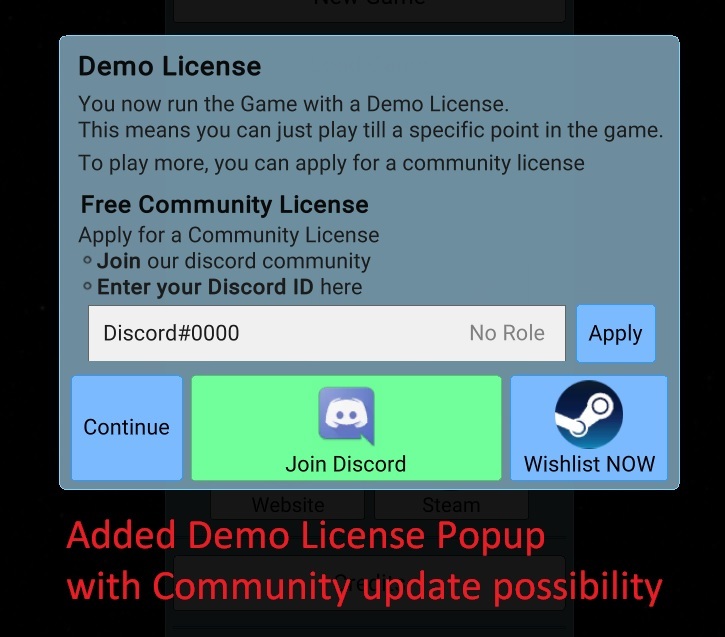