Posted by scifanstudios on Jul 7th, 2021

I reworked the UI Architecture a bit, so i have now a 2. layer with "click through" effect. This makes it possible to add UI Effects over the current UI. I added some when a new element appears in the top right, e.g. new tasks or Warnings/Problems.
Thanks to "DragonLoon" to hint to that problem.

The Buildings are now highlighted also with the rectangular box, so its easier visible what building should be clicked.

I got some response, that the tutorials are too hard follow, so i decided to improve them again. Due to highlight mentioned above i was able to improve this now with a way more interactive tutorial. It will just show the basic task in the window below and a big "help me" toggle-button. If this one is activated, it will directly highlight the area of interest and add the related text next to it. This should be way more intuitive than the big task-list before.
Thanks to "ScruffyJoe" for the hints.

To assign the workers easier to buildings, its now possible to just click on an empty worker slot, and a popup is showing up where the player can choose one. Persons already working in the building are grayed out. This gets even more valuable, when the persons getting skills like "engineer" what effects the work efficiency (planned for later).
Thanks to "Greeny" for the Idea.

I added Credit Costs for the Supply Ship. The player for now is starting with 1 mio credits, so it should be way more than enough. I will see how much the players are using till the end of the game to adjust it a bit. I plan to add some additional credits for fulfilled achievements or other static events, e.g. the war on earth goes well. Its also planned to separate the Supply Rockets from the Docks, so the credits can be used for buy more supply ships in further iterations. He can than decide to go with just 1 ship with more supply over time, or faster and more often supply. 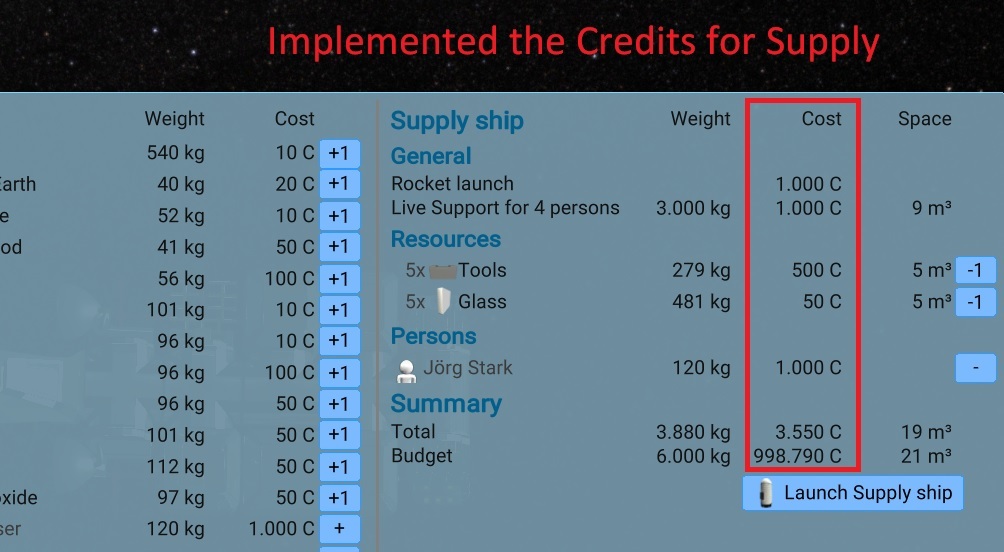 I also highlight all Resource boxes, when hover over the Resource Overview Icon. This should make it easier for the player to find the boxes when searching for it. 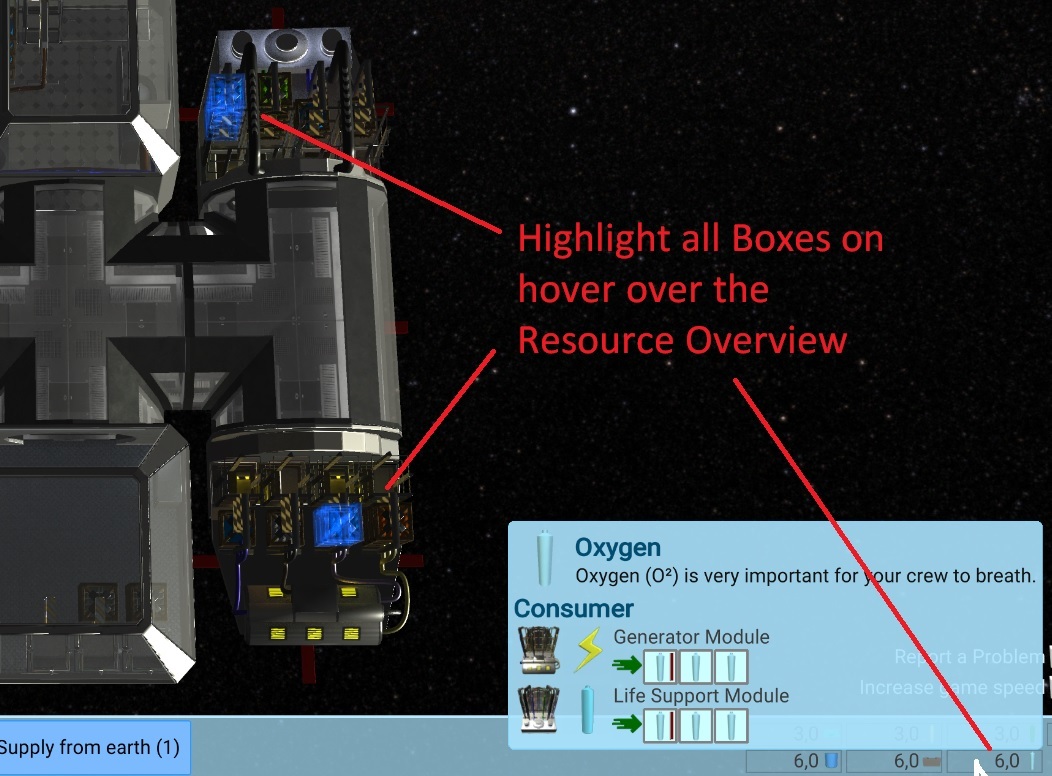 I added some basic steam Achievement support. For now, its just finishing the first grid and winning the game. In further interations, i will add more of that and add also nicer icons.