The original plan of the iteration was a new building: Ejector, that just throws resources out when something gets in. I think, this was not a good idea, due to in late game, the player need all resources to survive, and its just for the early game, when the player cannot recycle all resources and has limited storage space.
So i will add an option to the out storages to throw out the resources instead, when all connections are not accepting more resources.

The second option, that has been added are for the input storages. In the playtests, it often happened, that the user needed to move some partial finished boxes from one store to another. To make this easier, there is now an option for requesting also not finished boxes from an other output storage.

To see how much power is really used, the consumed and produced delta values have been added to the UI. With that, it should be easier visible if new power plants are needed. I also added it for the other Air-Values. 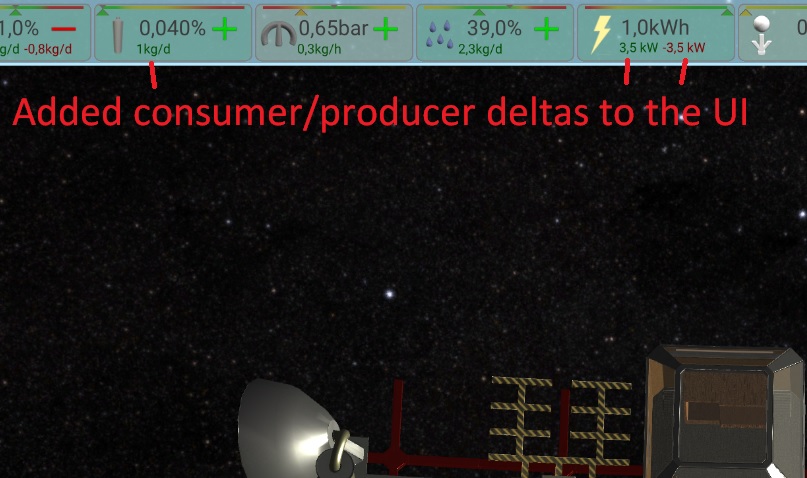 Due to some feedback from some Playtesters (thanks to Greeny and Pyzen), i added the Problems of Construction Sites also to the Problem Overlays, where till now just work-Problems were added. Its now easier visible, that there is some Problems. For details the player can select and see it highlighted as red text with an overlay for more details.
Thanks to a feedback from "Lakota". 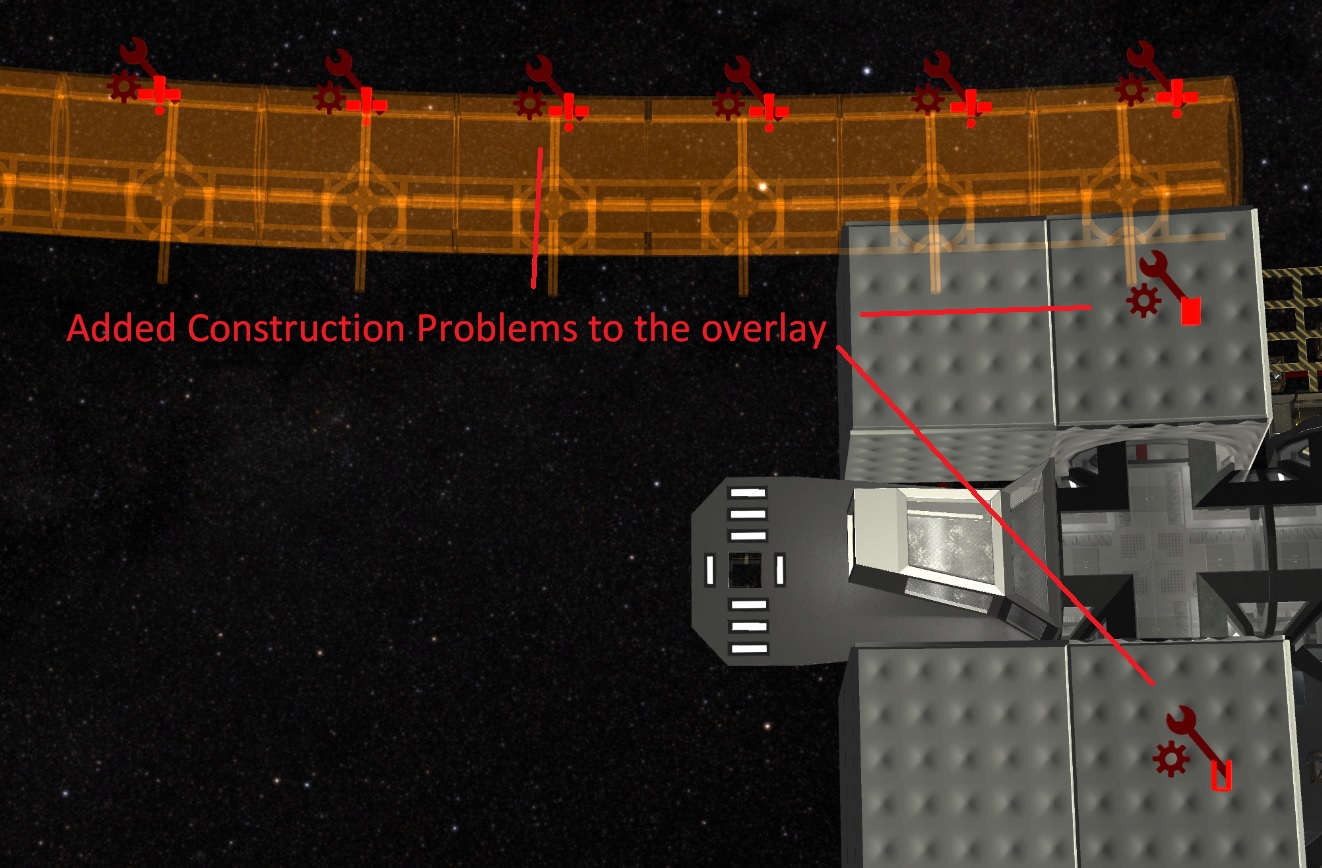 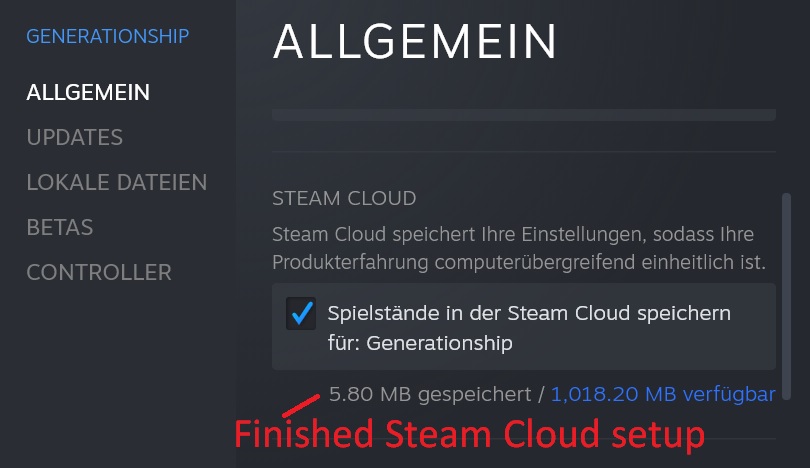 Having several storages could lead to confusing when the player want to know where its going. So i added a renaming possibility this iteration.

I also added a Tooltip for the Resource boxes, so its now easy visible where the resources are and how many are needed. The construction sites are also included, so its easy countable how much resources are missing.
Thanks to a feedback of "Greeny". 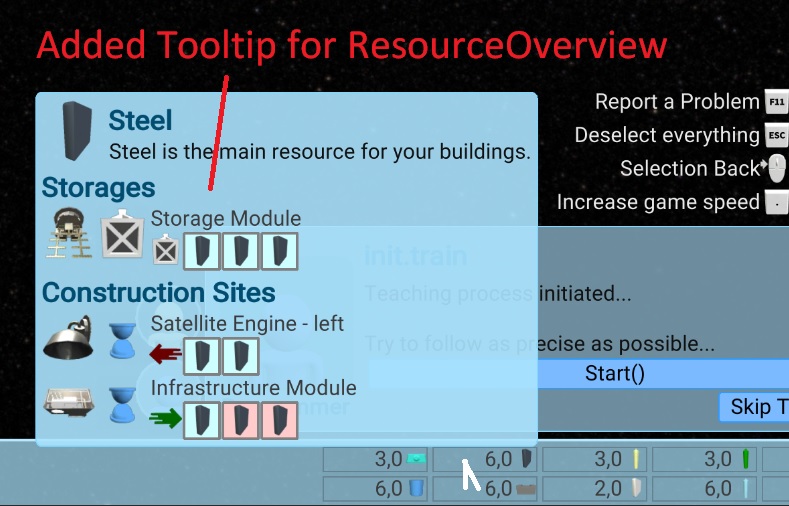 Before, there was a maximum time of 3h to unload the supply ship. With full storages, this could lead lost of resources. To prevent that, the player has now the responsibility to deal with a not automatically starting supply ship. Keeping the ship there counts as an additional storage he can use, but also has the disadvantage that he can not reuse it for more supply (it needs ~1 week to prepare for another launch).

Thanks to a feedback of "Lakota" 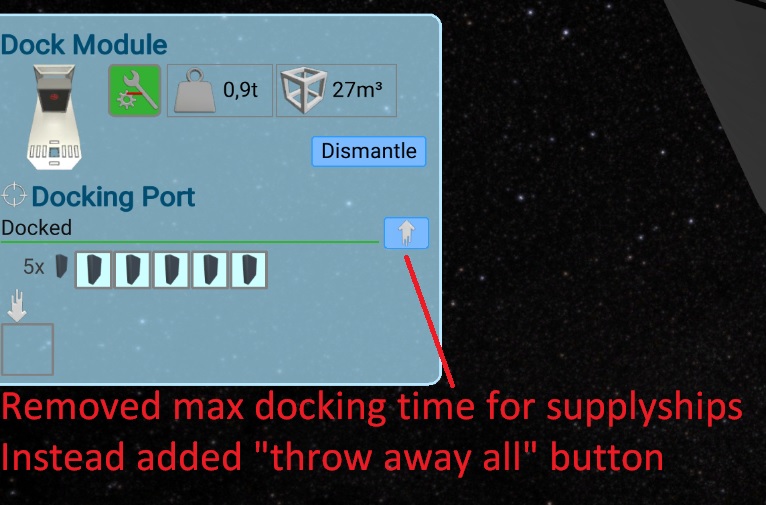