Situation on the Fronts

August and the first half of September have been very productive. Let's recap some of the August reveals and additional gameplay features.

As outlined in the previous dev update, several UK task forces will be available as reinforcements for Belgian forces - representing the 33rd Armored Brigade that was supporting I BE Corps in reality.
Challengers and Warriors can anchor the battle line, allowing the more mobile Belgian forces the freedom of maneuver.

The full might of the British Army of the Rhine will come later during the game's life cycle.

In the campaign, nighttime directly affects the gameplay - highlighting the difference between NATO and the Warsaw Pact in terms of night-vision equipment. We now differentiate between no NV, basic NV, advanced NV, and thermal imaging equipment, adjusting the vision at night accordingly.

To level the playing field a bit, forces will be able to call upon artillery illumination missions that help offset the darkness for a limited time.

It is possible the feature will be backported to the Skirmish game modes as an optional setting.

Most of the maps will support all three Skirmish modes - in some cases, with several different patterns of objectives and spawn points for extra replayability.

Skirmish game modes are all about attaining the objectives in a limited time frame. Casualties are accounted for in the victory calculations, but you never actually run out of units.

In the campaign, casualties matter a lot more. There is a limited amount of units available per platoon 'stack' (in essence, representing a company or a battery). Too many units lost will eventually force you to deploy understrength platoons or lose access to a certain company altogether - along with any remaining experience it had accumulated.

While it's possible to replenish the companies during the campaign, it uses up the ever-important Operation Points that have a variety of other, more productive uses.

Supply platoons are no longer an infinite cornucopia of ammo & repairs.
First of all, they no longer restore wiped-out units in a platoon - only repair the damaged ones, restore ammo and replenish infantry squads. To restore the platoon to full fighting strength, you'll need to re-deploy it.
Secondly, supply platoons have limited capacity. They will eventually run out of ammo & spare parts, preventing further refit operations. In the skirmish, that means you'll have to retreat them and wait for the new one to arrive. In the campaign, you can move them back to one of the core nodes with a Supply Hub, where supply platoons will grab new supplies from the global pool.

Overall, supply platoons move from being a linchpin of the combat force to their actual role as support.
I'm also trying out tube artillery rebalance: limiting them by supplies rather than artificially inflated reload times. 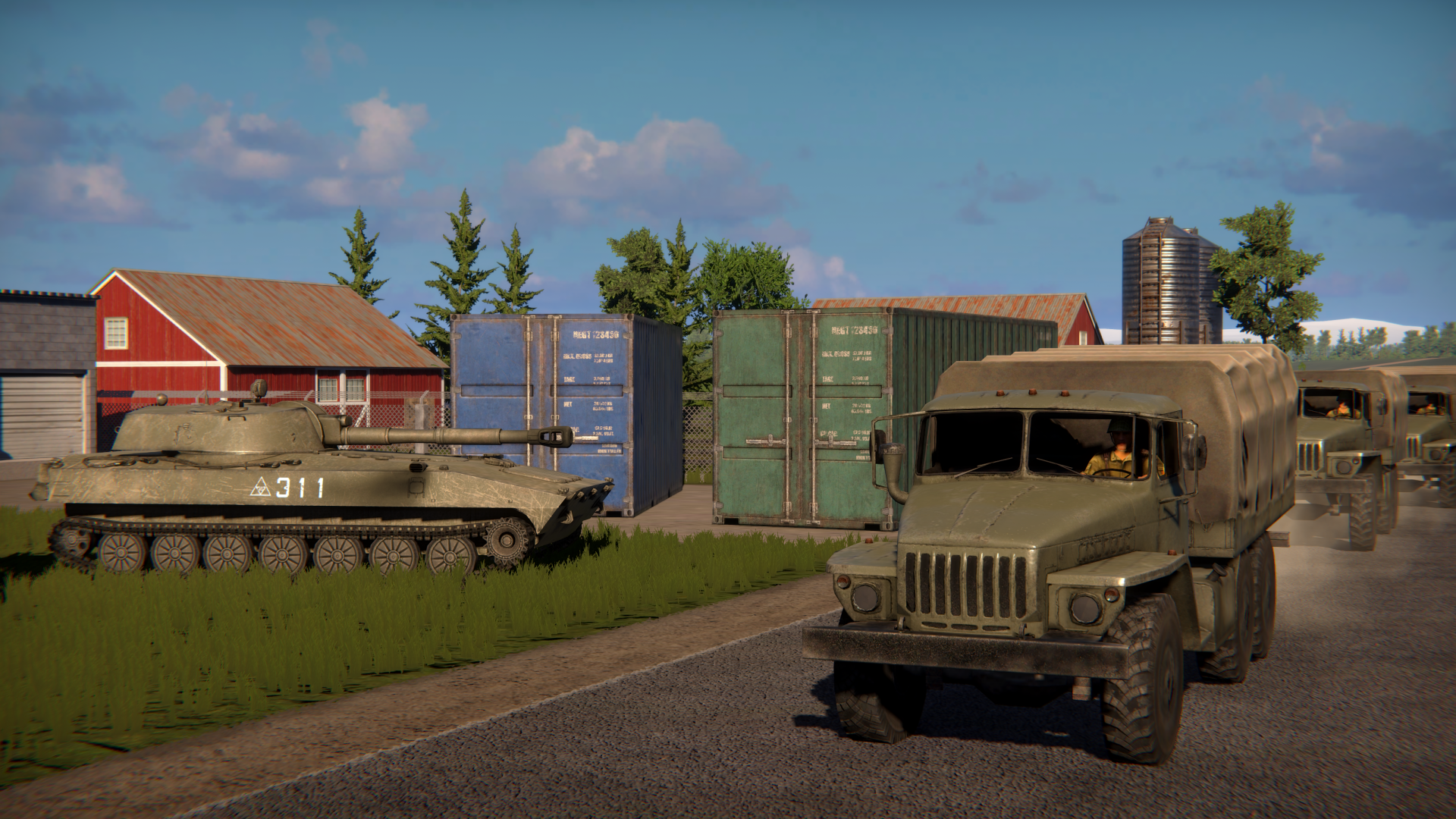 I'm not delving deep into the actual campaign mechanics yet. The progress there is very rapid and promising - and I would really like to present the whole gameplay loop at once.

That's all for now, thanks for reading!

looks great, I think I only play skirmish mode though