Our modeler team recently finalized the key equipment of the I Belgian Corps.
Armed forces of Belgium join Regiments as a 5th playable faction.

I Corps (Belgium) defended a narrow area at the southernmost end of NORTHAG, protecting the approaches to the Cologne and Ruhr industrial zone. In skirmishes, it'll be represented by three Regiments: armored 17ème Brigade Blindée, mechanized 4de Pantserinfanteriebrigade, and recon-focused 4e Chasseurs à Cheval, along with a set of 12 Task Forces.

Playing Belgium in 1989 requires a different approach compared to the major powers like US or USSR.
Strong recon elements, equipped with CVR(T)-series vehicles, is a highlight of the Belgian force. They must be used aggressively to harras the heavier enemies and provide updated intelligence pictures.
Setting up mechanized infantry strongpoints and plotting out ATGM engagement zones is more important than ever. Outdated Leopard 1BEs can deliver effective counter-strikes, but only if unleashed at an appropriate moment, engaging targets from the flank. 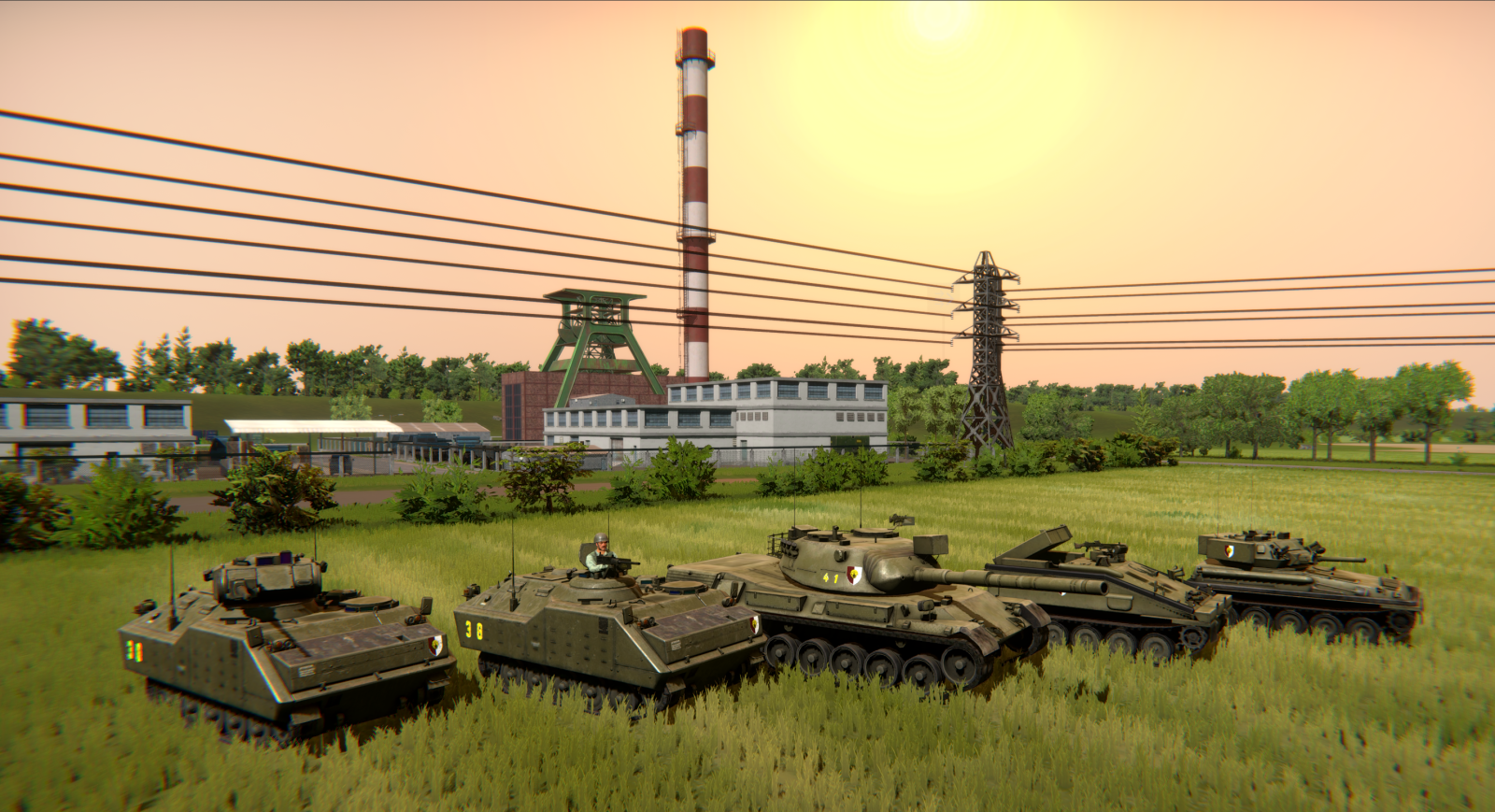 NATO command recognized the relative weakness of the I BE Corps and supported it by units from nearby III German Corps and I British Corps, like the British 33rd Armored Brigade. In-game, you can expect several German and UK Task Forces to be available to Belgian formations.

During the game, you can augment your core Regiment with 3 Task Forces that expand the number of available units. Before, all Regiments shared the same list of Task Forces; the list that was gradually becoming truly gargantuan. For example, there are 20 Soviet Task Forces. Scrolling through such a list and comparing options during the game was seriously disrupting the pace.

Now, each Regiment has access to a fixed set of 12 Task Forces to choose from. It further augments the 'theme' of each Regiment, while still leaving a lot of possible combinations. Having all options laid out on a single screen is handy too. Also, note that the main GUI now remains visible when selecting Task Forces - easier to make informed choices that way. 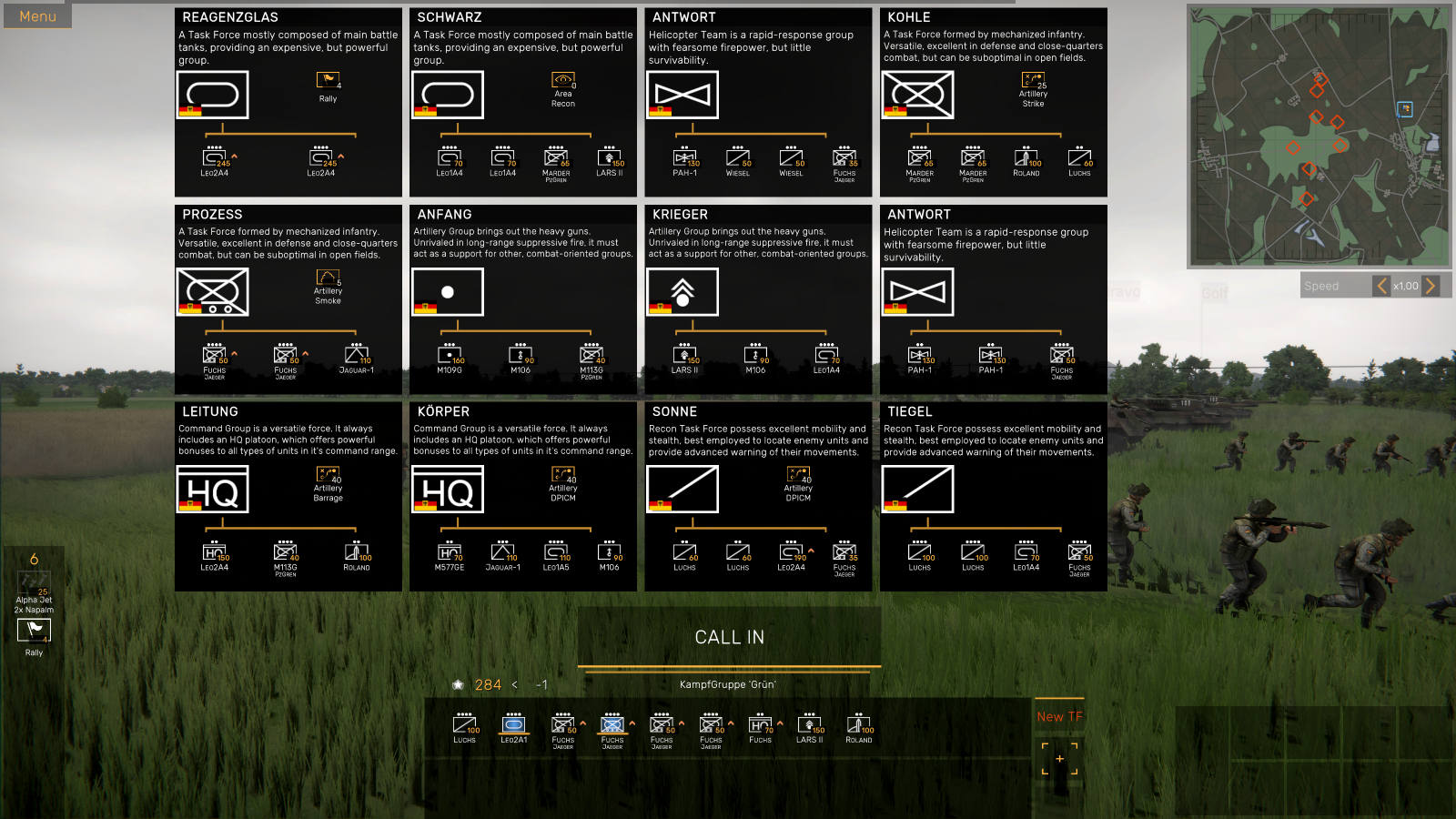 Regiments encourage you to retreat platoons that are severely depleted - preserving & restoring the units instead of losing them outright. There were some problems with the system, however.

First, depending on the location, it could take more than a few minutes for a platoon to complete their retreat - and that's without the repair time taken into account. Sure, you save points and experience, but in some situations, it was just more expedient to lose the platoon and order a new one.
Second, it required the player to pay attention to the rear assembly area and manually order the repaired units back to the frontline. Which is tedious micro. And the whole concept of Regiments is to remove tedious micro wherever possible.

Thus, the changes. Now, when you order a platoon to retreat, it will automatically exit the map after reaching the rear assembly area or after 30 seconds out of contact with the enemy, whatever comes first. The Deployment Points invested into the platoon will go to the 'reserve pool', similar to how the dead platoons are handled. But these points will be returned to the main point pool much faster.

In essence, the repairs, rearmament, and reorganization happen outside the map now.
The experience level is retained as usual. Should you recall the same platoon, it will return with an increased XP level.

This simple change has profound advantages:

Due to the nature of the game, common Anti-Aliasing techniques like FXAA/SMAA weren't effective at removing aliasing artifacts, leaving a lot of edges looking 'ragged' and shimmering.
TAA handles the situation much better - by accumulating information over several frames, it can handle small details much better. If your GPU can handle the mildly increased load, it'll be a massive boost to the quality of the picture.
(also, you wouldn't believe how much easier is it to make good-looking screenshots with TAA).

Almost all vehicles now display pilot/driver models. Not every vehicle will be visually crewed - some weapons require complex or unique animations, which are currently impossible to add - but the vast majority should look much more believable. 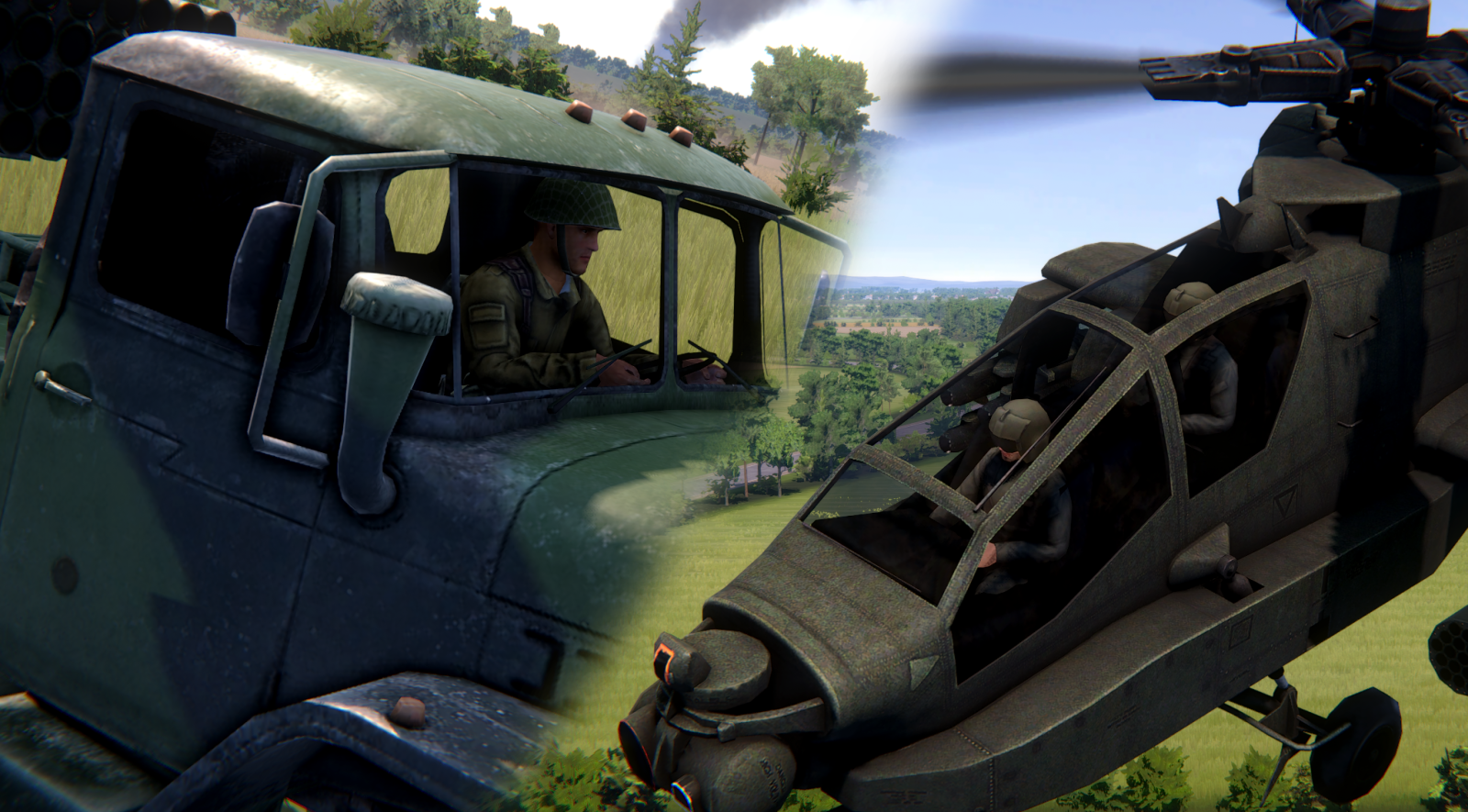 Platoon tooltips that display key unit information during the game now also show unit thumbnails, which will help you visualize the differences between FV101, FV102, FV103, FV105, and FV107. 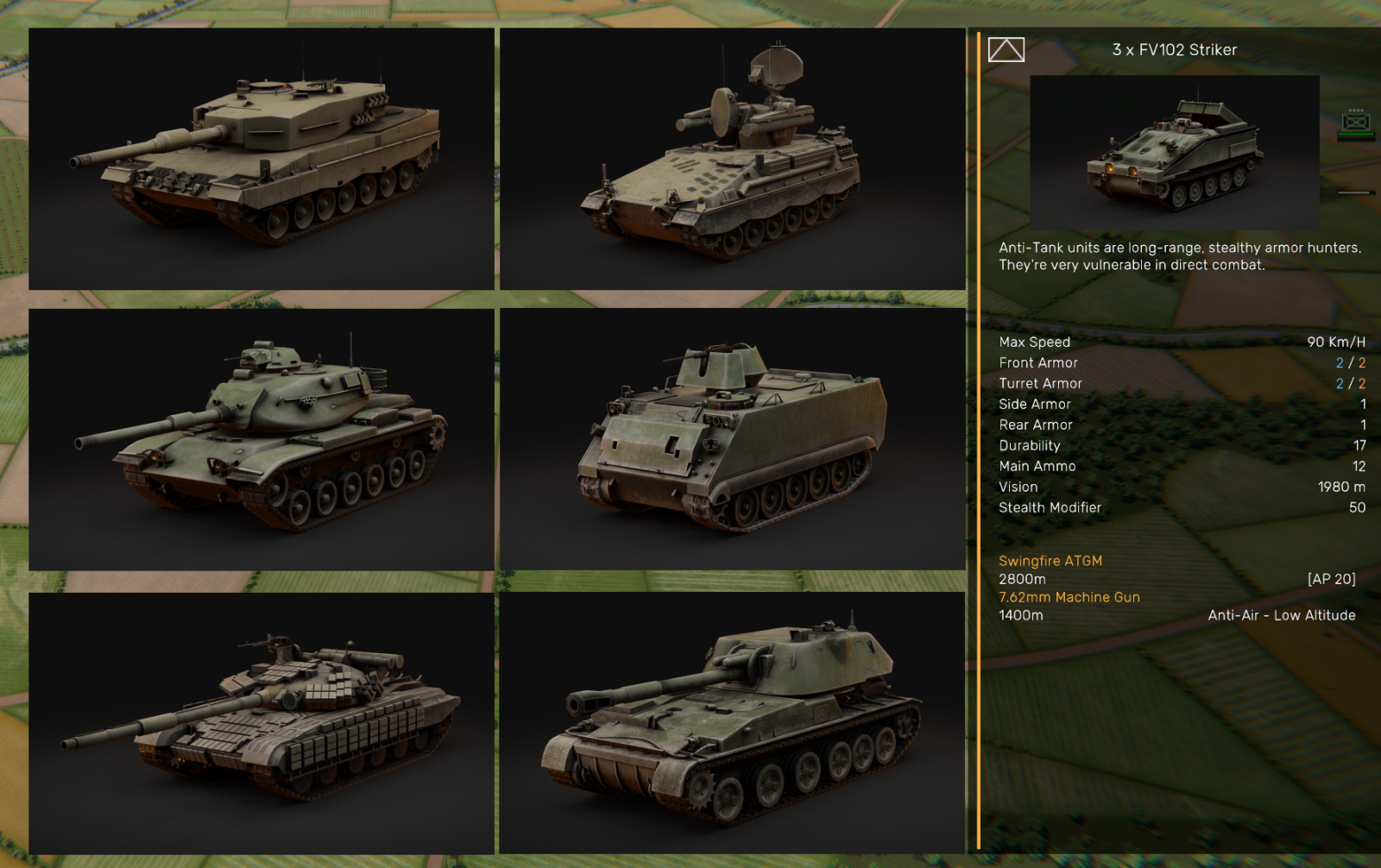 That's all for now, thanks for reading!

If things will proceed as planned, the next big dev update will finally cover the details and the mechanics of the campaign.