Mythology permeates Call of Osiris, a game driven by ancient stories reverberating in the present.

Reflections of the old gods: Egpytian mythology in Call of Osiris

Egypt’s ancient religion is inseparable from its history and Call of Osiris would be remiss if it didn’t incorporate the country’s elaborate mythology. However, the legends of Osiris, Anubis and other famous deities aren’t included just for show, or to justify the many magnificent statues that loom over Jack and Leila. They’re an organic part of the story, as inseparable from its core as the heroes’ journey across Egypt. 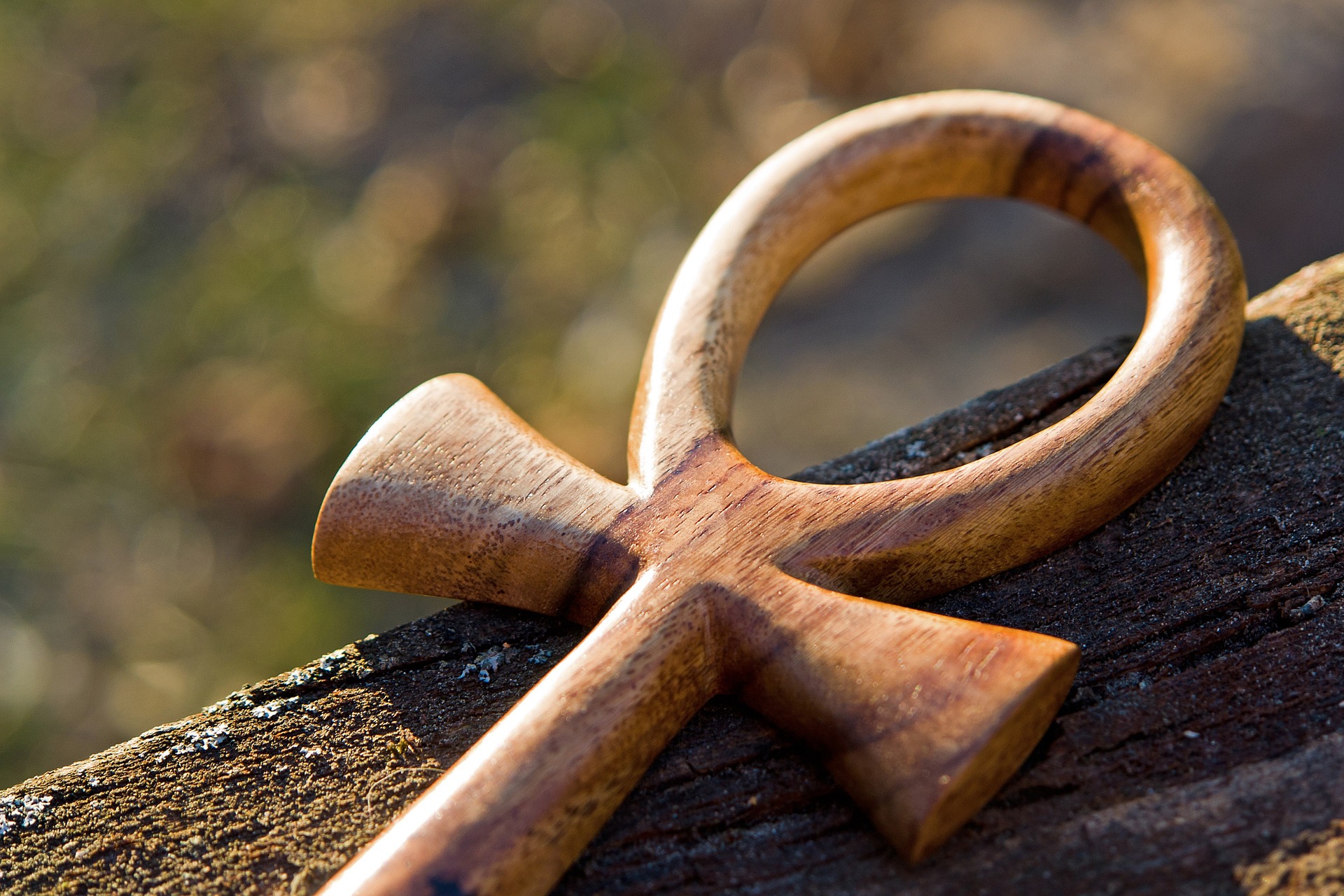 [The Ankh, the ancient Egyptian symbol for life.]
[Image by Devanath from Pixabay.com

You might already be aware that the Osiris myth forms the foundation of the game’s narrative. This epic old story describes how lord of the Egyptian underworld and primeval king of Egypt Osiris was murdered by his own brother Set, both being children of Geb (Earth) and Nut (Sky). Set slew Osiris, cut him into parts and scattered them across Egypt, introducing chaos where there should be order. It was Osiris’s wife and sister Isis who put him back together, while their son Horus battled Set for the throne and reinstated Osiris, restoring order to the land. This myth shows that the ancient Egyptians were really big on hierarchy and social stability. 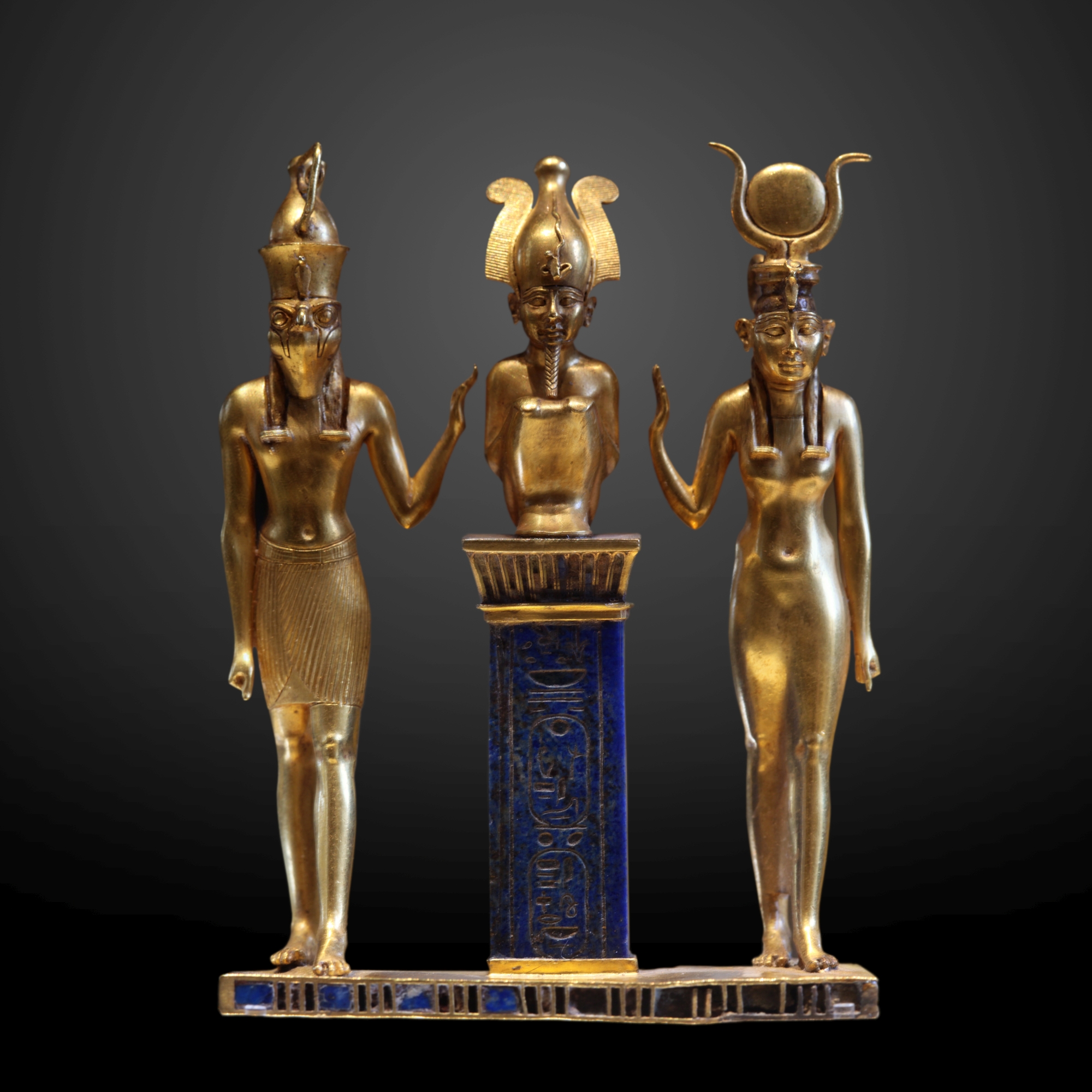 Having not skimped on research, I’m well aware of the fact that Osiris getting dismembered is the version that was popular in the New Kingdom, no less than a thousand years after the Old Kingdom. So how come it’s become a part of Call of Osiris that focuses on the latter? Well, ‘ye olde’ rendition has a major problem: it doesn’t support gameplay. In it, Osiris is killed or drowned, and remains stationary. That was a problem for us because we needed a reason for Jack and Leila to travel across the land. 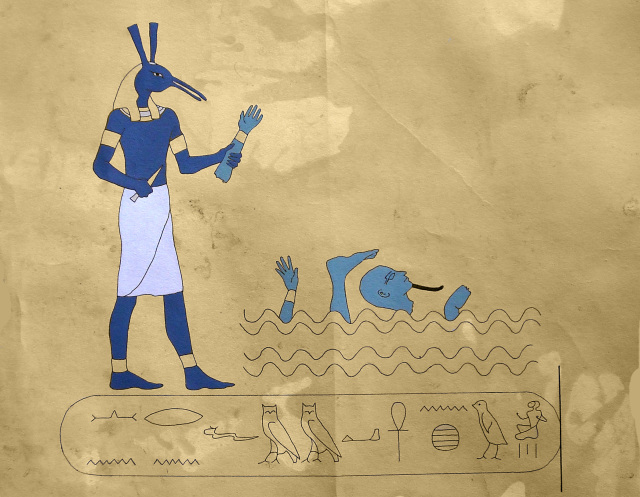 [Osiris myth: Set has dismembered his own brother Osiris. ]

With this in mind, I had Set cut off Osiris’s hands, feet and head, like he does in the legend, and give these body parts to five Pharaohs, respectively, to guard them in life and death. I also linked these body parts to canopic jars, special containers that ancient Egyptians used to store human organs. 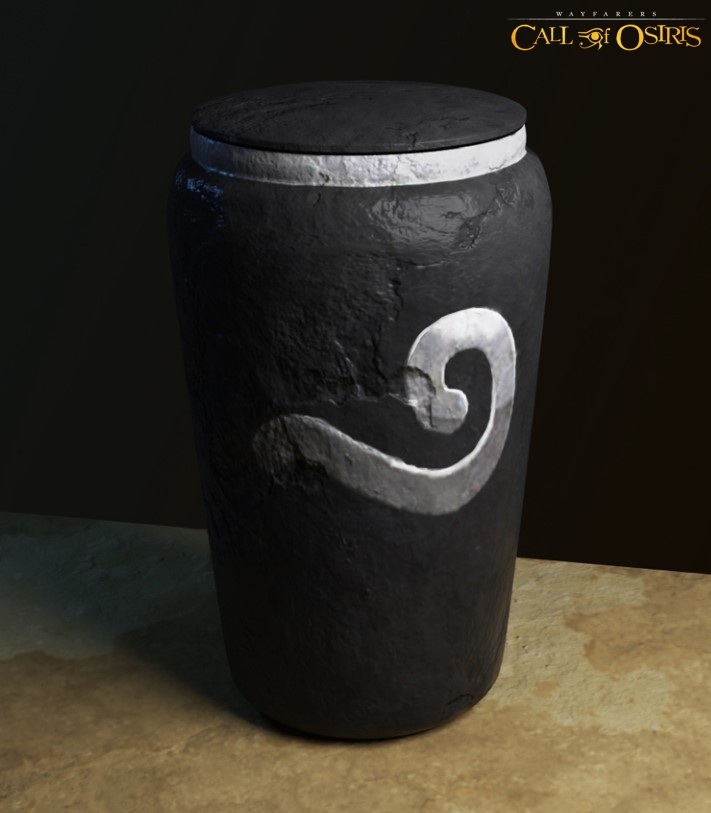 [One of the canopic jars in Call of Osiris.]

That drew a line in the sand, so to speak, that Jack and Leila could follow to various temples and pyramids, while maintaining a clear view of their current objective. This structure also enabled me to rhythmically deliver the gameplay and story beats. The players would first need to obtain a canopic jar guarded by an army of human opponents, then enter a major underworld, deal with another kind of enemy, and reach the Pharaoh’s chamber where the liberated ruler would point the pair to their next objective. The goal would always remain clear: topple Set from the throne of the underworld. There are twists, of course, but games generally benefit from this kind of transparent structure. Think of Kratos trying to reach the top of the ‘mega-weenie’ mountain with his wife’s ashes and son in tow, or Joel escorting Ellie across the monster-infested United States because she might be the key to combatting mutated spore infections. 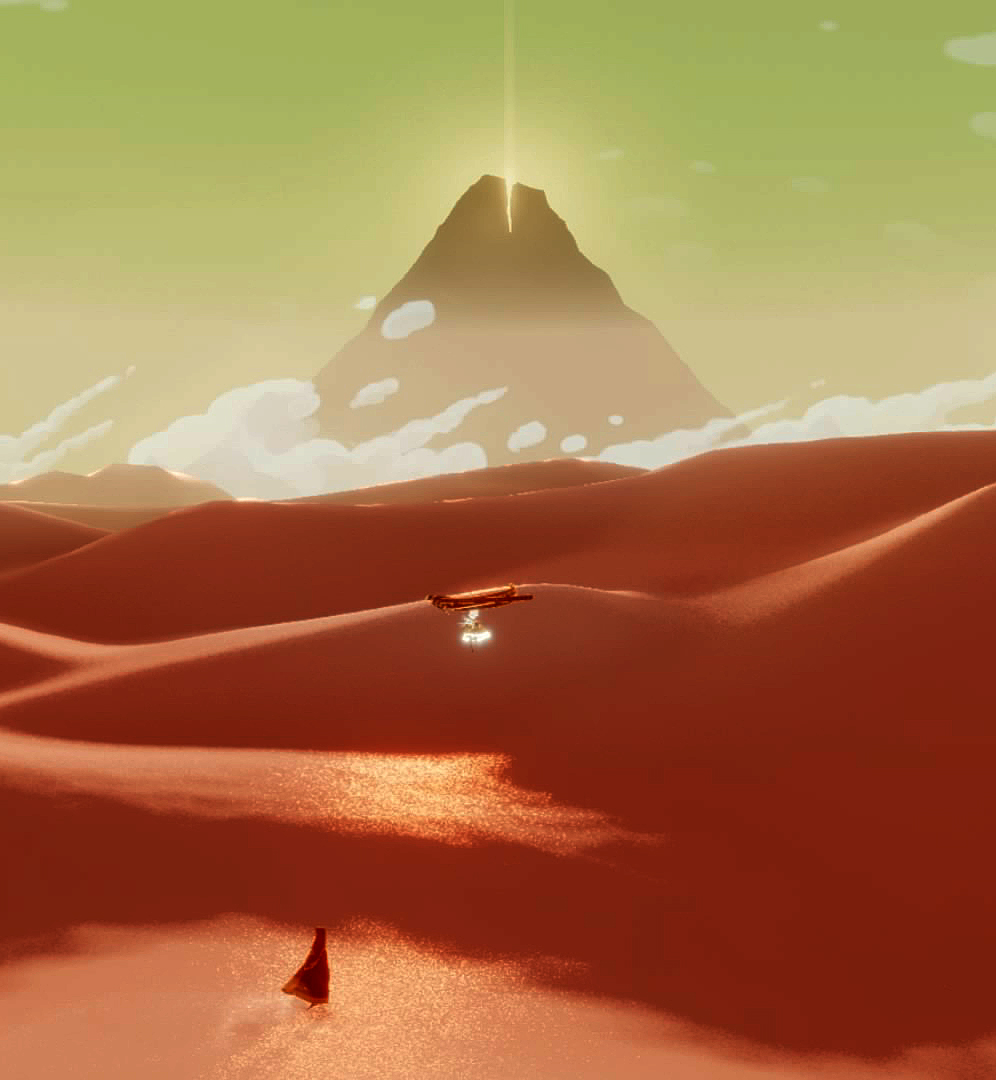 [The mountain in Journey acts as a permanent weenie, pulling the players forward. Incidentally, Austin Wintory scored both that game and Call of Osiris. #shamelessselfpromotion]

With the Osiris myth locked in, I began to enrich the story with other elements of the incredibly rich Egyptian mythology, which was surpassed only by the Greeks. The problem wasn’t what to include, but rather the opposite. There’s a multitude of Egyptian legends and gods, and many have several versions. Set, for example, was considered a good deity in the early days, and only became evil later on. I stuck to the Old Kingdom period where possible, and included the elements that could be directly connected to the Osiris myth, for example the hatred of Osiris’s son Horus towards Set. On the other hand, I kept the scope narrow because it would be counterproductive for such an intimate story to include a dozen gods and their agendas.

[Set, god of violence, chaos, deserts and storms. Once, he was Ra's ally and helped him repel Apep, but later on, he became evil.]
[By Jeff Dahl (talk · contribs) - Own work, CC BY-SA 4.0, Commons.wikimedia.org

I left out certain iconic deities such as Anubis because they simply didn’t gel with the plot. I kept the focus on Jack, Leila and their native ally Aseem as Osiris’s champions, and on Set and his high priest in the role of the bad guys. Instead of constantly introducing new characters and gods, I strove to flesh out Set with a believable background and a sense of purpose, something the myths are lacking. Certain aspects of Set’s personality and background are communicated through the game's main story, while others are better understood by finding secrets and reading their descriptions. Many of the collectables come in the form of various items, such as statuettes, parchments, silver caches et cetera. But there are also special altars with a lengthy original poem that explains what Set has been up to, and why. It pays to track down all of them!