After a very productive month, I have a lot of new things to show you all. Let's hope I keep this workspeed.

It has been a very productive month. Very much so that I can update two weeks earlier then I usually do. Let's hope this positive work attitude stays. 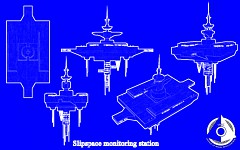 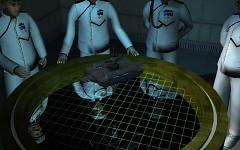 We also talked about Reach in the previous update, and how the Sabre wouldn't be in. After Homefront showed us how cool the shipyard looked, I decided I would have to have that too. So I made my own version of it. 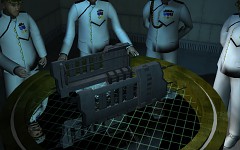 Today we also celebrate the launch of the new, redesigned ONI Prowler. This Prowler is capable of moving around without being detected by most Covenant forces. Though lacking any of the more standard UNSC weaponry, it does carry mines that it can deploy. 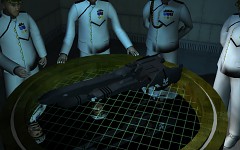 The new ONI Prowler has already paid off. ONI researchers have managed to compile a more detailed report on a Covenant ship we knew almost nothing about. 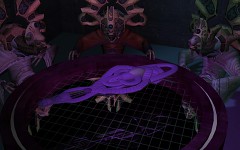 I had really hoped to be able to show you all a Covenant Destroyer as well but unfortunately contact with that modeler is lost entirely. I hope he is okay and that it's just an internet problem.

Now I really hope that my next update will be just as full as this one. It shouldn't be too difficult as whats on the planning are a few objects for which I should only adjust a few ships I already created. Though of course there will also be completely new things.

dont have nexus, but i is tracking anyways... init... sorry my teachers effort at making me try to humanise my assignment has obviously rubbed off

Are you working on the new Covenant Corvette or know of anyone who is?

in response ti Unikraken i asked him and he said he probably won't since they really didn't serve a real purpose in halo reach. they where more of just drop pod ships not really space combat. but i can't say for sure cause i thought they fought against a unsc frigate and destroyed it?

I've decided to make this model either way. If I can see the model I can make a copy of the original and change it around a little and then decide what to do with it.