Probably the largest total conversion project for Red Alert 3 at the moment. Entropy greatly expands the gameplay and universe in a lore-friendly way. 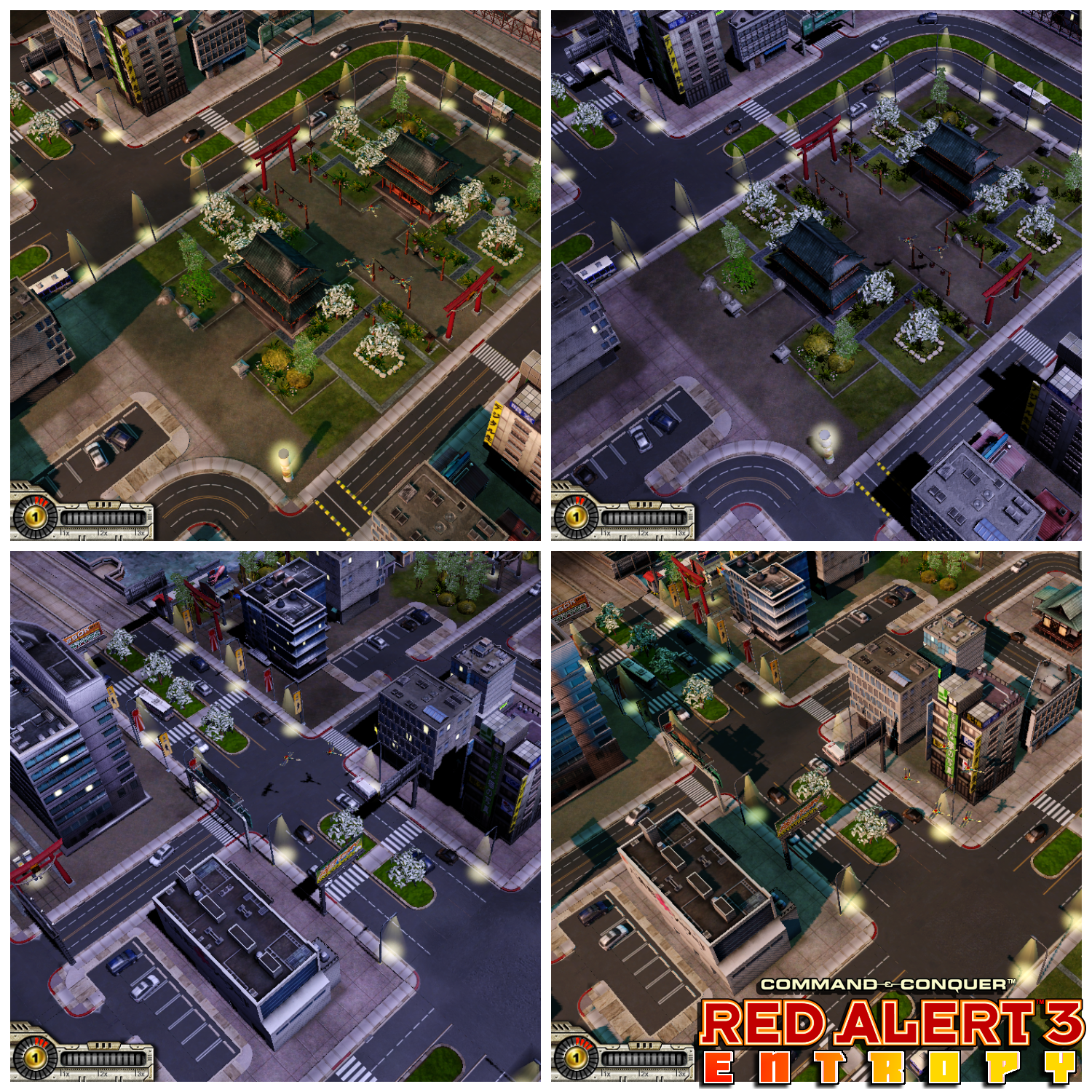 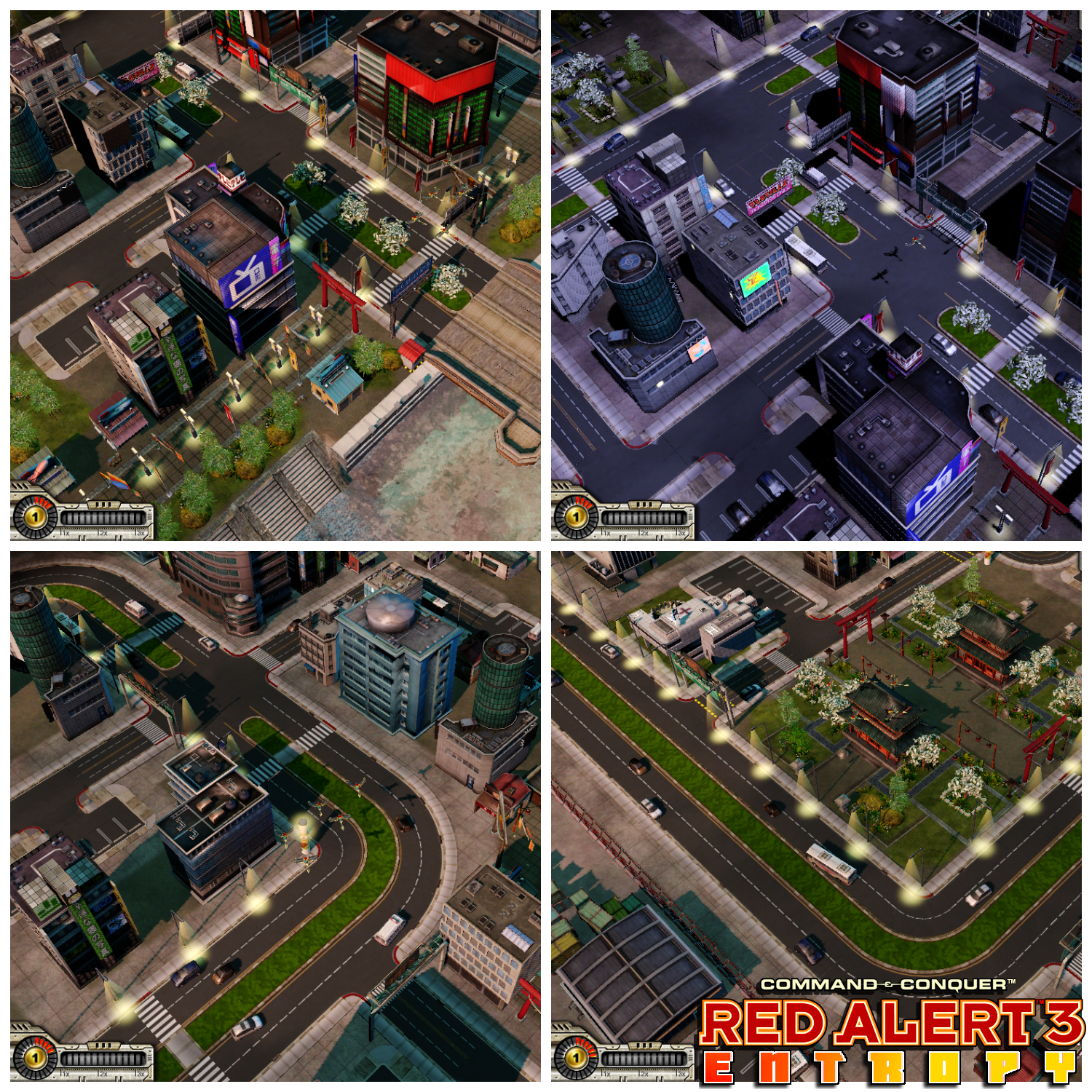 Are now available in [Infantry only]

Introduced by player's request as a test run during this update. The further preservation of this system depends on the feedback of Entropy players.

A versatile commando whose sword is capable of cutting through even the toughest armor. Homing kunai are capable of killing multiple soldiers at once.

Experimental units are extremely powerful and are perfect when attacking heavily defended opponents. However, they are limited in number and require special production facilities such as this.

Experimental war factories allow you to upgrade your experimental units.

Changes in units and structures

This strongest soldier of his kind unleashes the most powerful lightning bolts on the enemy. When activating the additional mode, turns into a walking thunderstorm, destroying everything around.