Patch 1.0.2 just released (available here)! This means that, slowly, RA20XX is heading toward version 1.1. In this new patch, you'll find new units, revamped ones, brand new SFX and, of course, balance change and bugfixes. So let's dive in what 1.0.2 has to offert to Red Alert 20XX.

Grasshopper
Replaces the Mammoth Tank for the ER 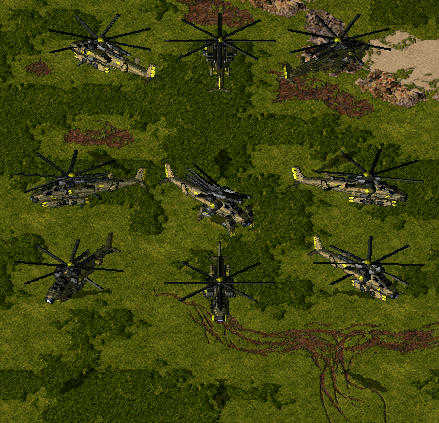 Role : Long Range, Anti-Air
Weapons : Mammoth Tusk Missiles (airborne) + Dual Long Range 120mmx (deployed)
Note : The Grasshopper is a heavy helicopter that uses air-to-ground and air-to-air Mammoth Tusk Missiles when airborne. Once deployed, it will switch to its double heavy cannon. Beware, since it is quite vulnerable to close range attack when deployed.
Credit : Crazy Bird/Creator (exclusive voxel for his mod and RA20XX)

Damocles
Unique Unit for the EU 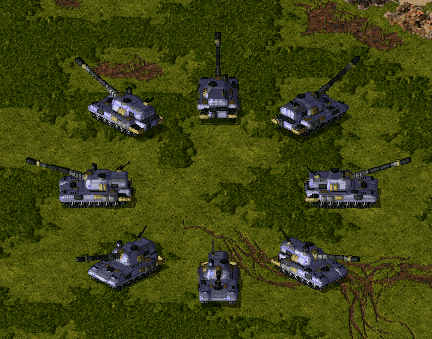 Role : Long Range
Weapon : Heavy Cluster Shell
Note : The Damocles has formidable range and can inflict a lot of damage to enemy's units and structure. However, it is quite slow and must be protected against direct confrontation and air assaults.
Credit : Crazy Bird/Creator (exclusive voxel for RA20XX)

Role : Anti-Infantry
Weapon : Dual Vulcan Cannon
Note : The Berzerker Battle Armor is designed to support armor division against infantry assault. With its dual miniguns, it can mow down infantries with ease, but has much more trouble handling heavier foes.
Credit : Lao Tze 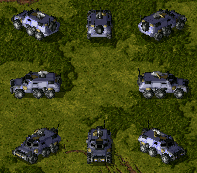 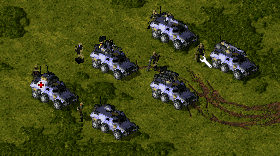 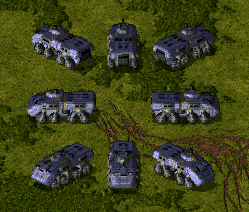 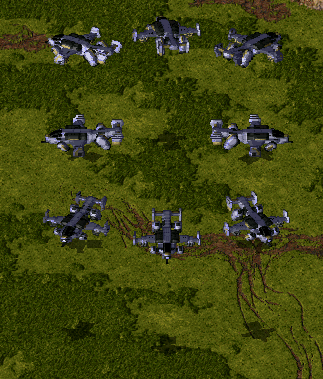 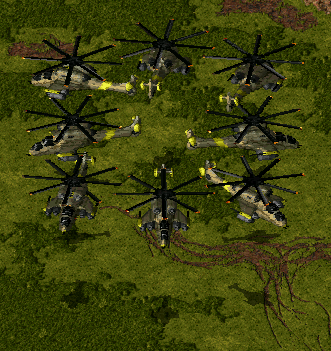 Credit : Kerbiter (for the original voxel), Mig Eater (for the rotors) and Yamanekoayf (for the edits),
exclusive voxel for RA20XX 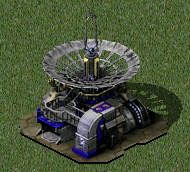 For the rest of the bugfixes or the minors balances adjustments, check the changelog in v1.0.2's readme file.

First things first, I'll take a break. It doesn't mean I won't work at all on the mod, but I'm starting to feel modding fatigue and the best way to get past it is doing something else... like playing Cyberpunk 2077 at launch, for example.

Then, if 1.0.2 can be considered the artillery and helicopter update, version 1.0.3 will definitely be the Pacific Shogunate revamp update. I intend on changing most of their specific units, making sure that they are unique enough with the rest of RA20XX unit roster and that they differ much more than Red Alert 3's Imperial Japan. But this update should add other things : more options for the CNCNet Launcher, more units change for the USA, more SFX for railguns and building destruction and more custom voxels. One thing I'll really like to finish and present is RA20XX's lore, but I lack the motivation to do so. As of now, if you really need to know more about the mod's universe, just know that it takes place after the events of the Soviet victory in Red Alert 1. This however, doesn't mean the Soviet won in the long term, since Stalin's death threw the Union in many internal conflict...

For now, this is all. Enjoy the new update and feel free to contact me on C&C Modding Haven on Discord!