The rebuild currently has all planets in plus militia, music, most maps, and the Empire has been ported over nearly 100%, all ships save supercaps, abilities, and research are all in.

One a many moons ago, in September in the release log for 4.10.0, we talked about the future plans of the mod, namely the upcoming effort to completely rebuild the mod from the ground up, to eliminate memory leaks, bugs, unused assets, and other performance issues. After the release of 4.10.1 in mid-December, this project started in earnest. While RL has unfortunately been slowing progress more than I'd like, I'm pleased to give you an update on what has been done up to now:

With all of these tweaks and inclusions, the rebuild is in a playable state with Empire vs. Empire matches, pirates and supercapitals excluded, being possible. Lag has also gone down significantly, have ran AI vs. AI simulations on the Medium Large random map and a little over an hour in with Squad Reduction enabled, I could watch battles at 1x speed without facing crippling lag. While this performance will slightly worsen as more factions are added, these results are promising. The next faction that will be added to the rebuild is the Clone Wars-era Republic. Also, enjoy these two pictures from the rebuild; skyboxes are from vanilla Sins. 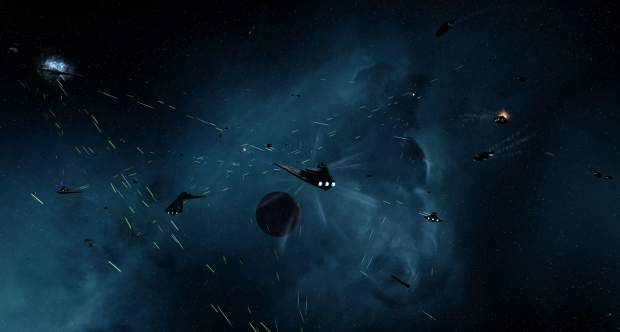 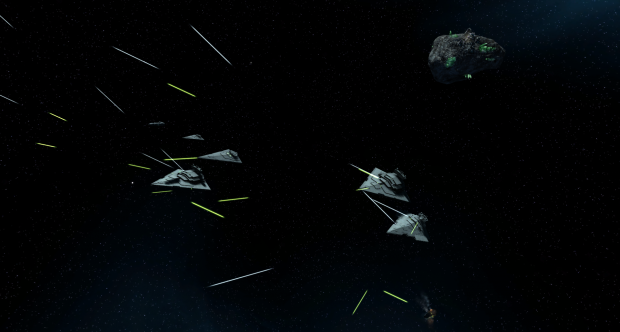 Great news! keep it up guys

Very good news had forgot about the mod being rebuilt haha just been so busy with other stuff.

Interesting, but... Do you also have an update on The Old Republic addon?

I do not have an update on the Old Republic addon.

Any chance we can get Arquitens-class Light Cruisers for the Galactic Empire (as seen in Star Wars: Rebels and some of the new canon comics)?

No; they fill the same role as the Carrack.

I just want to say thank you for all the work you are doing. I look forward to this mod's iteration.

Not really a Fan of Ep7 but will we see some First Order Ships ?