A new version with five more teams and numerous changes. 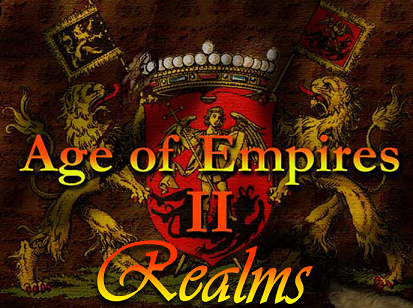 The latest patch comes with a number of improvements and additions. First off, no fewer than five new civilizations from various parts of the world: Moors, Mandinkas, Burgundians, Malays, and Muisca.

There are also a number of balance changes, including many that folow HD 5.0. Moreover, there are two new generic units: the Carrack and the Elephant Archer. Carracks, available in the Castle Age, deal area damage with a bonus vs galleys, but are extremely vulnerable to fire ships. Elephant Archers are slightly more expensive, but are otherwise similar to their Indian origins. They are available to the Indians (at their original price), Khmers, Bamars, Viets (+10% movespeed bonus), and the Malays.

The Tufans see a considerable rebalancing, with a reworked unique tech and bracer allowing fully upgraded cavalry, as well as complete access to the militia line.

Viet spies become a secondary unit, with the Than Co (a hand cannoneer with blast damage) becoming the primary castle unit. Archer movespeed is now a civ bonus rather than unique tech, replaced with a new unique tech that gives archers a bonus vs ships: Hich Tuong Si.

And of course, a selection of new random maps. Several alter the tech tree for a new experience: a drush-wall-fast Castle is an impossible strategy on Hattin, where walls and towers are disabled. Turtlers will appreciate Stronghold, where Castles and towers are not only half price, but a lack of trebuchets and bombard cannons ensures an attacker with have to force the way in with a determined frontal assault.

There are also two families of maps adapted from works by Gallas:

Dragon maps replace the Aztec civilization with a reptilian hunter capable of taking down cities singlehandedly. Adapted from Terror of the Dragon

No Rush maps separate players with an impassable barrier that vanishes after a certain time.