After much hard work ReactionLab 2 has finally released on iPhone.

ReactionLab 2 is an 8-bit particle sandbox inspired by 'Falling Sand' and 'The Powder Toy'. Today, after much work it has finally come out for iPhone (released on Android last year).

Let your inner mad scientist shine by drawing elements onto the canvas and watching them interact in real time. Featuring 65+ elements, hundreds of different particle types, and nearly 120 achievements to attain. There are endless creative possibilities and undiscovered combinations. Try to find every reaction, or just build something awesome; it's up to you!

Features:
-- Massive reactions list and over 65 elements.
-- Freely pause and rewind time.
-- Zoom tool with minimap.
-- Save creations locally or share them with others online.

Functionally the iOS port is almost exactly the same as the original Android version, although it does have a few improvements:

Some screenshots from this version: 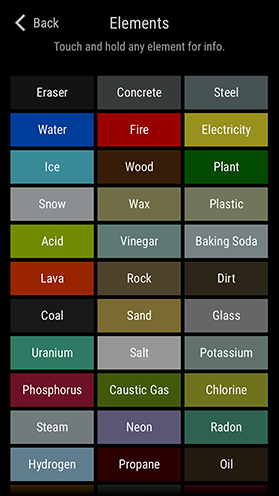 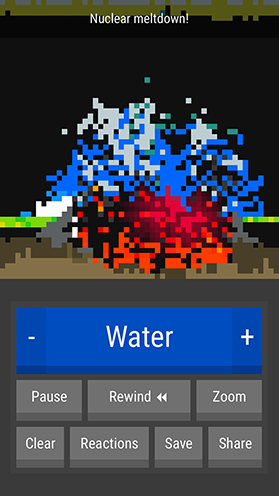 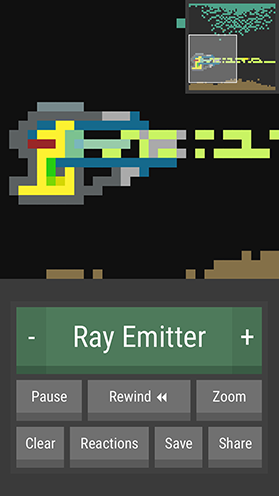 The new iOS version is available on the App Store here: Itunes.apple.com