As things progress for the movement system I have been working on getting warp gates set up for certain instances of the game..

In the last blog I talked about using the Complete Physics Platform Kit, it WAS working out nicely but I ran into some complications and found that it wasn't the right fit for this project. It is a great package and I am sure will help in another game but I wanted something a little more for this game, with that I ripped the guts out of the game and started from scratch, what I mean is I removed any system that aided in the movement and interaction for the character. Now why did I do this? It's always best to start with a clean slate then try and mix and match different system packages, most work fine with each other but I have found that some may not and the issue could be very subtle. 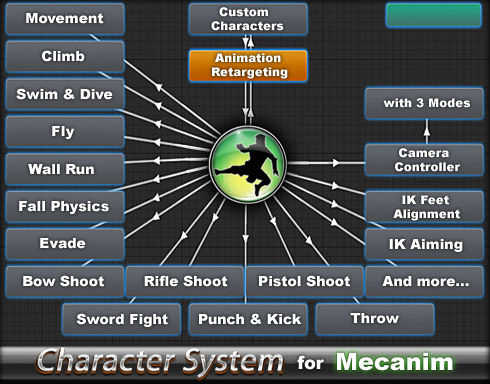 So with a clean slate I moved onto working on an Animator that would suffice, I came across the "Character System" asset on the asset store and it has everything I desired and more, it comes with a working animator as well as animations. Unfortunately the model the creator provides along with animations are male so they look a bit weird on Shyla at times but changing some of the animations shouldn't be an issue. The interesting thing about this system is it relies on character joints, colliders and rigidbody for each body part (arms, legs, hips, etc.), thus enabling a pretty accurate movement system and interaction system for enemies and NPC's, I spent an entire day setting up and playing with the new version of Shyla and she works very nicely.

There are of course still a few things that need cleaning up like the transition from walk/run/jump to swimming when lets say you jump into the water or walk in, the pulling out and re-sheething of her sword, wall climbing and a few other small things but nothing major. Basically just cosmetics to make her motions look more fluid and realistic, with this new system in I am very happy with the results. I have actually went through at least 4-5 different setups like this so far and Character System using Mecanim by far has been the quickest and most rewarding asset I have come across. With the movement system almost complete the creation of the game can finally really start to get underway, I had been waiting for this time as without a proper setup for the characters interaction with the world it's hard to set things up fully.

As things progress for the movement system I have been working on getting warp gates set up for certain instances of the game, I was battling between 2 different warp gate setups for a little while trying to decide which one I wanted to go with. I decided and am satisfied with the outcome, below you will find an image of the new warp gate. 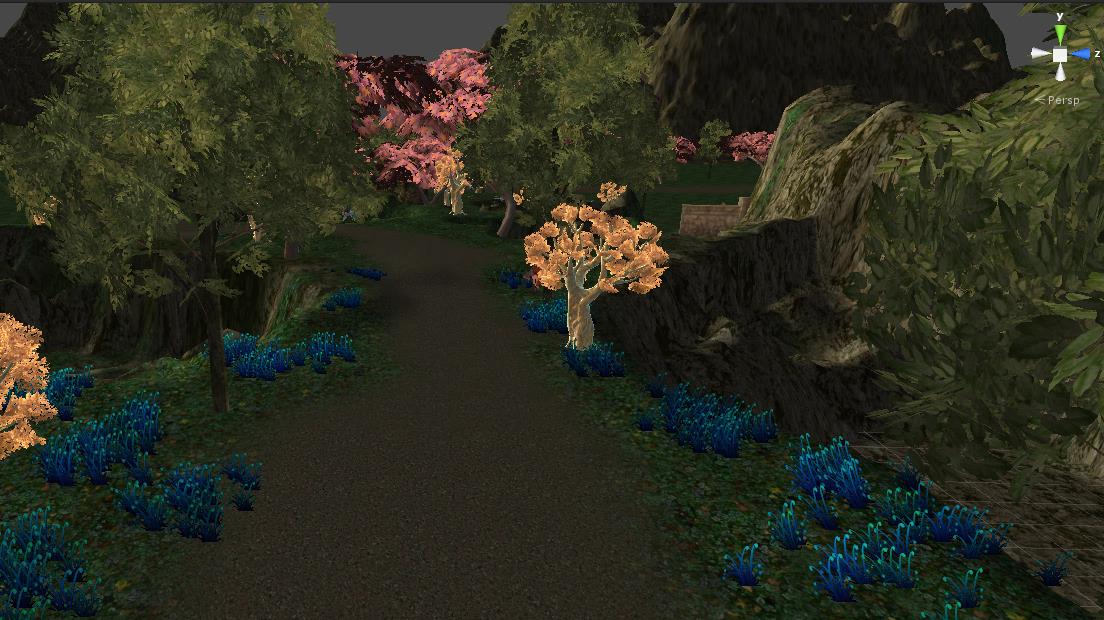 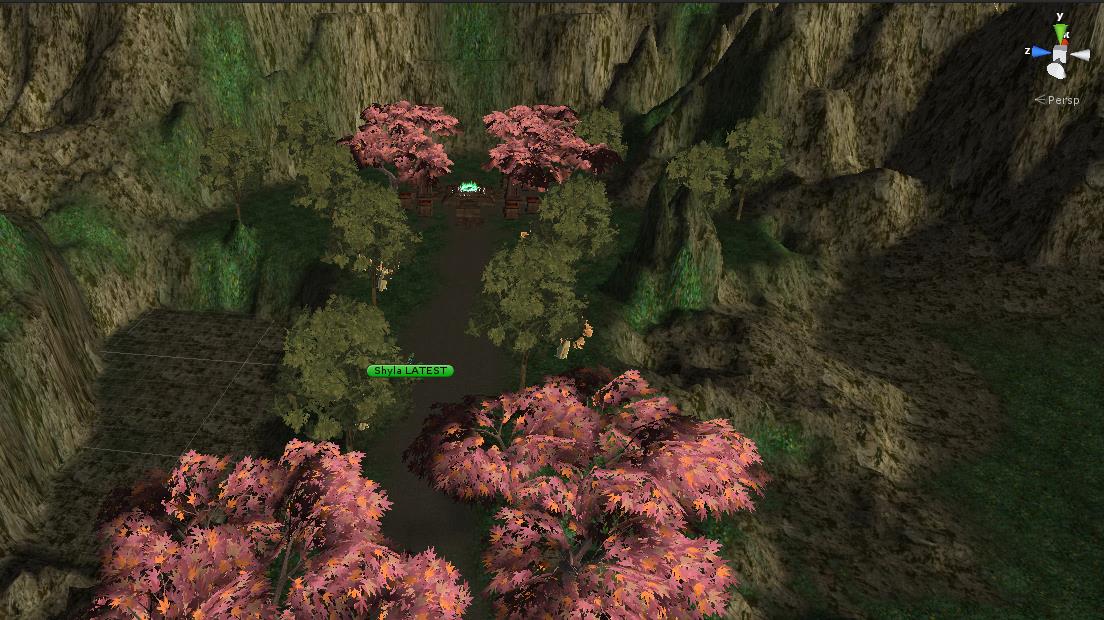 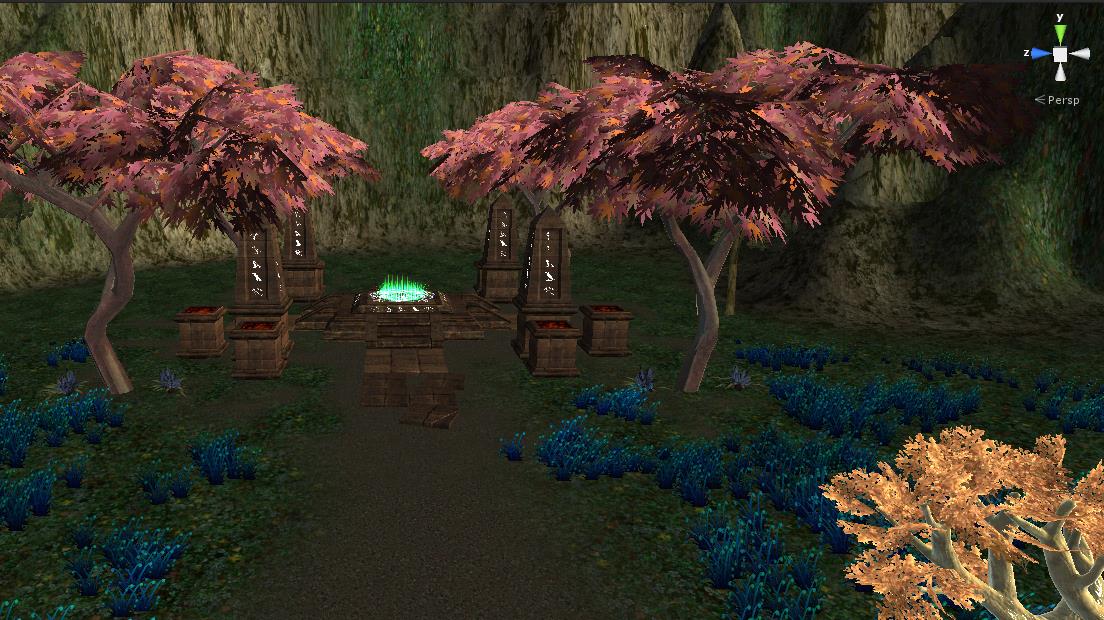 I decided to remove the pillars that had surrounded the previous warp gate area and expand the section out to reach the back wall, this gave me a lot more room to work with. The screenshots are from inside the editor and are not real time but you can get the general idea, the warp gate will only work after a certain point in the game and will have restrictions on it's use, more details for that will come later.

I am actually excited about working on the warp gate, I can't wait to get some particle animations going and see what kind of ideas I come up with, should I shoot her into the air? suck her into a black hole? warp her like star trek? There's so many different warping techniques, I have a general idea of what I would like to do so let's see how ti comes along. I haven't started working on that yet but I will after Shyla's movement system is perfected and a few other things are set in motion, for now the last thing I have to share is some work on Shyla's tree house, I have all the doors interactive now, walking up and pressing E will open and close the doors. I have not however put in animations for Shyla to open and close the doors so for now they move on their own but once I have the animations for those instances made/completed I can then import them and have the process look more realistic.

That wraps it up for today but there will more to come soon! Thanks for reading!