Celebrate crimbo with some all new equipment items as R01d is released!

Life is never simple. Just when you think the spurious bomb drop crash bug is gone, one more players turns up to tell you that, no, it isn't gone. I have decided to demolish the offending animation -- the activation circles will now switch on and off instead of fading in and out. It's not particularly nice to look at, but that's a small price to pay for people to actually be able to play the game (I hope).

But every cloud has a silver lining! Remember those upgrades I posted images of, saying they were coming in R02? 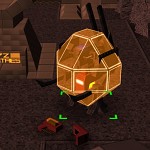 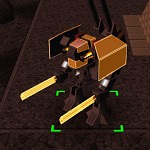 Well, if you like new items then it's going to be a proper crimbo for you -- seeing as I had already implemented the Prox Mod, Aegis and Projector Kit over the last few days, I've decided to throw them out there with this latest attempt to kill the crash bug. Merry Christmas, everyone!