Rats – Time is running out! is almost done, so does the team.The good news is, we started to feel some hype because we know the game will be released in the next few weeks.

Putting on the finishing touches!

Rats – Time is running out! is almost done, so does the team.

The good news is, we started to feel some hype because we know the game will be released in the next few weeks. We are now fixing the last details: Small visual glitch here, oops we forgot to include controller support in the challenges mode or the secret star in the result screen is never given, etc. But, we’ll get through them, because that game needs to be in the player’s hands. Your hands.

Fixing details : the color of the last diamond, which is green in the game but red in the loading screen. 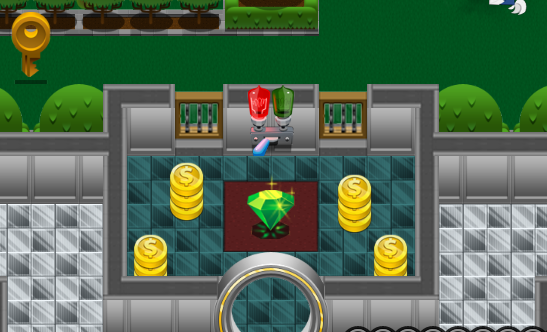 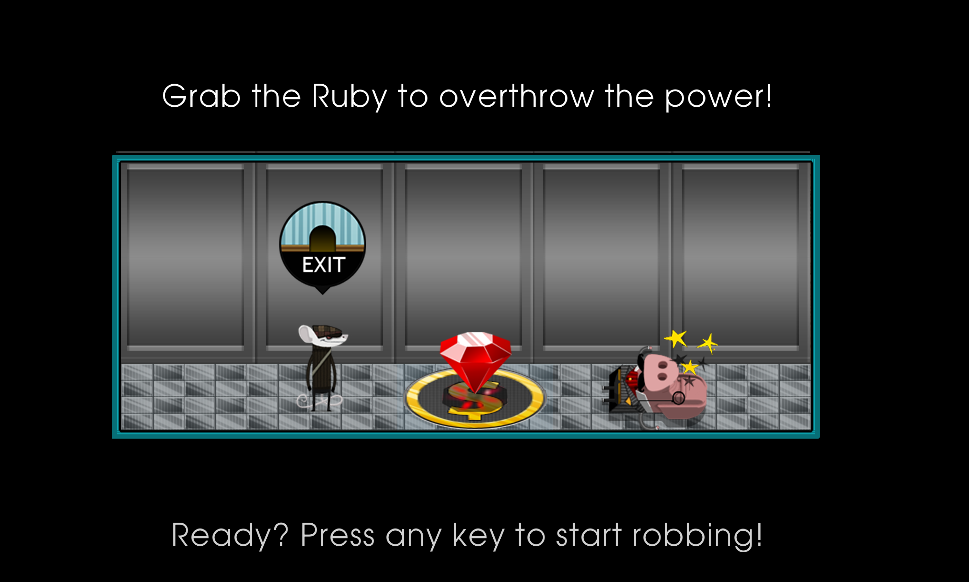 Another example: Some level’s icon were not properly place in the district map. 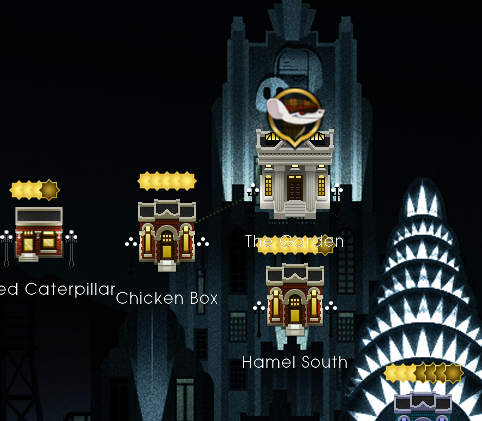 Progression of the Angry Hint

While talking about details, during the development we wanted to have an accessible, cute and funny game and since creating a game is really an organic process, some of these ‘details’ grew along the development cycle. The guards angry’s expression is one of them. We had a knife at one point and thought that it might not be approriate, so we changed it to a baseball bat.

And believe it or not, just like in movies we are also cutting features. Not because they are not working or they are not fun, but simply because we think they might not be interesting to our players. Last summer, right after Pax East, we had this upgrade system where you can put points into the legs, the stomach or the brain of your rat. After stealing few banks with some friends (sounds cool!), we decided to simply removed that ‘RPG’ element since the ‘fun’ for them was more into stealing than upgrading.

What’s next ? Today’s objective is to make sure the skates doesn’t get triggered too easily. It is fun to quickly dash through a guard when you do want to activate the skates, but it needs to be when you want to do it…

One more Rats feature short video about the powerful reverse time clock. When Rat grab this clock everything is revers in the game. Getting caught by guards give you 10 sec and the time increase as long as the effect of this solar clock.

So there you have it, we are almost there! Exciting no ?