Doors and Corners, Kid. Gotta watch your doors and corners, that's where the bugs hide!

I meant to save this for when the next patch comes out but progress has been a bit slower than I would've liked and I'm not sure I can get it done before the end of the month so I'm making this post now! Hooray!

A lot has changed in the background of the game which is what's taken up most of my time working this past month, but it's work that needed to be done. Various improvements to the game include things such as: More efficient emitters, faster loading of maps, smoother loading of maps, and many more!

One of the kookiest bugfixes was with the map loading that wasn't related to speed or smoothness but stability in general. Turns out, in the current version, if you load into the one mission that's available more than twice, everything starts to fall apart. The way I have things set up is that the only area which should remain permanent is the lobby, and even then that's just for now while I get content into the game to make for a more Borderlands-esque world structure. The rest of the game's world occupies the same spot, "level 2" which is reused between missions by clearing it out completely after all players have left the area. So, create a map on level 2, stick the players in it, and when everything's done, move them back to the lobby (on "Level 1"), clear level 2, and repeat. Problem is that Level 2 was getting skipped after the first iteration and Level "3" was being used. Of course, level 3 wouldn't get cleared since it's currently programmed to clear level 2... where the map is supposed to be. So, first and second runs of the mission would go well but the third and all after would see the map constantly loaded over and over again onto level 3 while the empty level 2 was...cleared. Nice.

It's all resolved now of course but if you were getting frustrated at your speedrun attempts of the first level... I'm sorry! It's fixed now, I promise!

For new things coming to the game, which is why I primarily made this post: There's a slew of new stuff.

New weapons like the shotgun and new animations and graphics for doors : 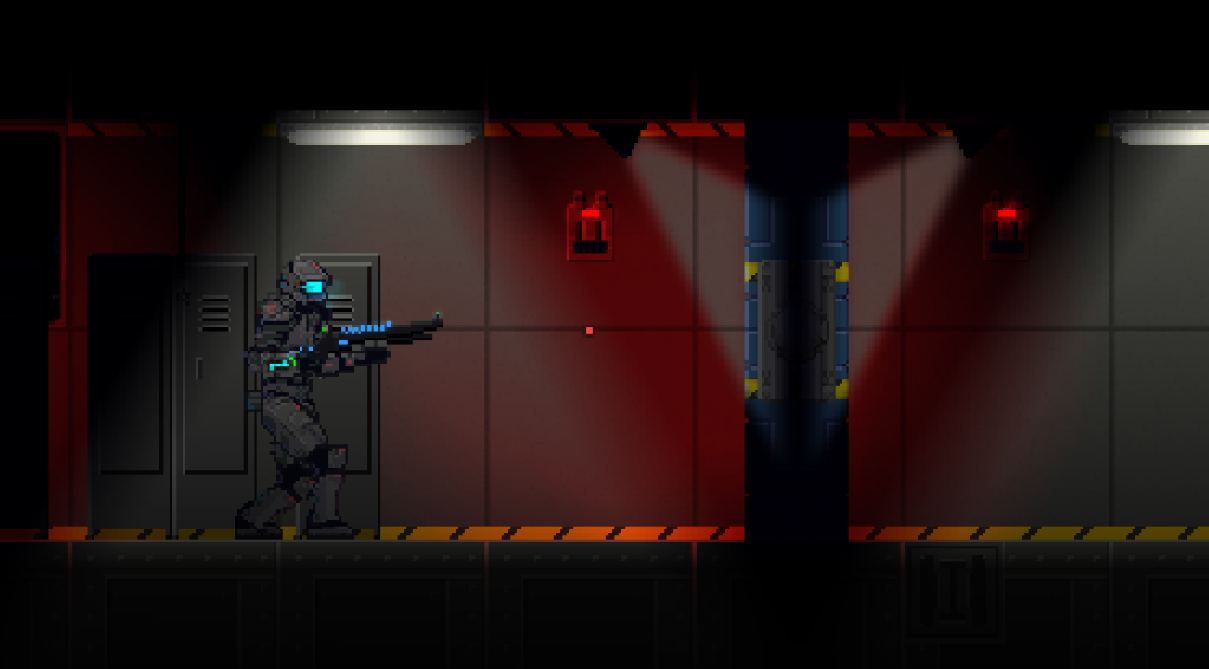 You also may have spotted the lockers in the background, those are new too!

Inside you can find various weapons, some of which are preselected and others which are randomized. Eventually players will be able to set their own loadouts from a smaller pool of weapons, and others will be included in-map for players to find via lockers or corpses or... other things >_>

Another added feature is helmet selection: 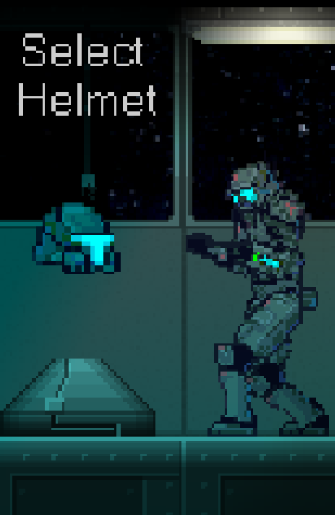 As well there's a few new enemies in the station, one of which being the "Wriggler": 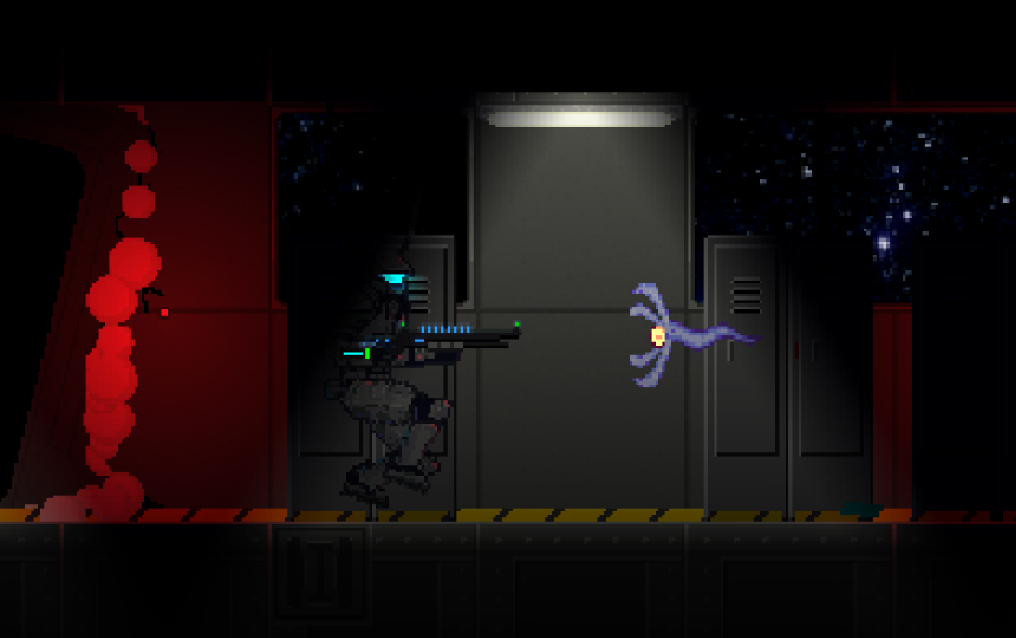 These little bastards will hound you so long as the gravity in the sector is out. That can change though (hint hint)!

Other additions coming are various, such as loading screens, mission stats, new hazards, ramps (which were in but not used prior), and gibbing! The biggest one though is the new mission which sees the player defending the station from an outside threat. That's what you're doing already but this one's a bit more literal!

Another article will be coming along with the update when it's ready to go, I'm hoping to get things done before the end of the month.

Until then, stay frosty!