Radial Champions has finally been released on Android! And after only 12 months in production! Download it now to receive an IndieDB exclusive in game icon - and keep a keen eye out for the iOS release!

Radial Champions has been released on Android! Download RADIAL CHAMPIONS now to receive an IndieDB exclusive in game icon - just enter in the promotional code MAGICGOOSE - in the options menu of the game, hit the redeem button and type away ;)

There are only 10 going! Don't worry all you iOS users, we will be releasing 10 more on Radial Champion's acceptance to the Apple Store. Join the battle for domination! Pick your side and help prove if Battle Hammers or Battle Axes are the superior weapon - do your best to destroy as many enemies as you can and help your side be the victor! 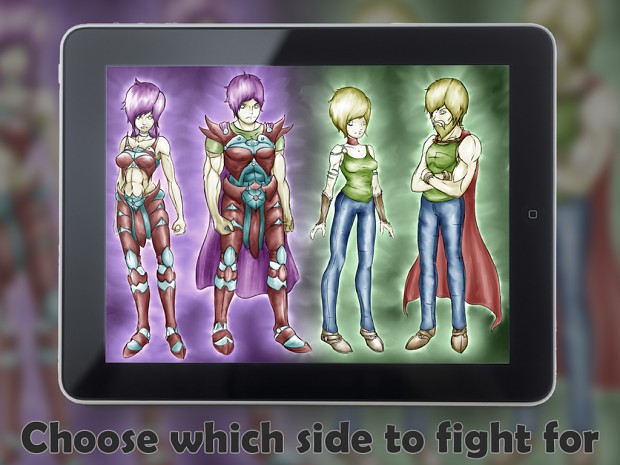 Choose your side, Viking or Paladin, and fend off the oncoming slaughter of enemies! Wield, customise and upgrade a multitude of axes (Viking) and hammers (Paladin) to attempt to gain the highest score possible! This innovative action game can be played indefinitely and higher scores can always be achieved. Radial Champions features many advanced online systems and mechanics to constantly provide a great gameplay experience! 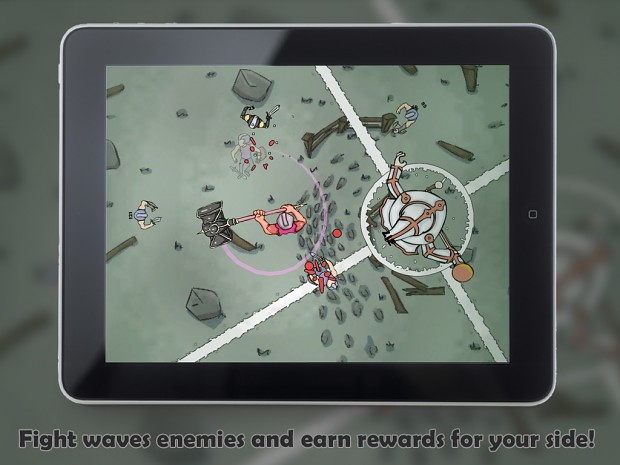 ★ Unique and fun gameplay
★ Start at level 1 and fight your way to level 100
★ Buy new and better weapons as you gain levels and become more powerful!
★ Watch out for the big bosses in your rounds!
★ Make your peers proud by playing well and earning points for your league!
★ Upgrade your champion to become even more powerful!
★ Unlock dozens of achievements as you play!
★ Enjoy the cool artwork and gameplay effects!
★ Check out your league score and individual score on the global leaderboards!
★ Challenge your friends and family to join the forces and beat your scores!
★ And much, much more!

To keep updated with the iOS release, as well as promotional gift codes, updates, and other exciting goodies - don't miss out, give Radial Champions a little like on Facebook! 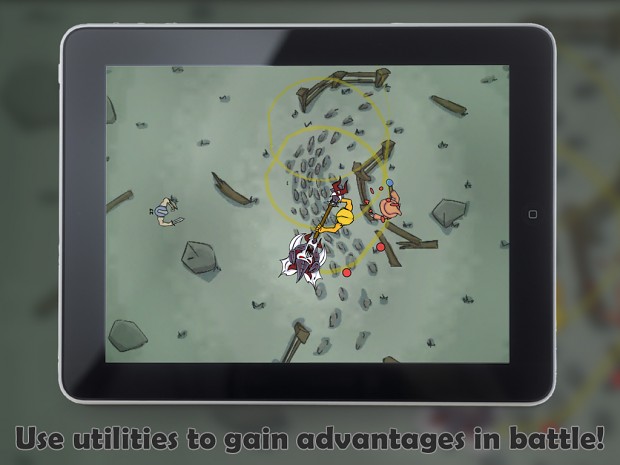 Once upon a time Paladins and Vikings were all merry friends. They would go to battles together, Paladins toting their mighty hammers, and Vikings wielding their fierce axes, obliterating every army they faced. And after these epic battles, they would party and feast in celebration together. Nothing could tear this formidable alliance apart! Until one night...

The night in question was a grand one. The Paladin and Viking forces had won their biggest battle yet! Not one fatality to their forces, not even a scratch had marred a single warrior! The feast was enormous! There was beef, pork, lamb and chicken - mountains of food - and let’s not forget the GALLONS of chocolate milk! Everyone danced and sang around a massive bonfire, all the while guzzling down their chocolate milk and munching on the roasted meat.

After feasting for hours everyone was content to quietly relax by the bonfire; a Paladin was even idly making a tune by tapping their battle hammer on a large rock, which seemed to clink in harmony to the nearby sound of a Viking chopping wood with his battle axe.

"Would you cut that clinking out," a Viking gargled, burping from his excessive consumption of chocolate milk "Gosh, I don't even know how you lot can destroy enemies with a big flat, primitive thing like that!"
"What!" exclaimed a drowsy Paladin, struggling over her chocolate milk filled tummy to sit up,
"These hammers can turn an elephant into a pancake! Unlike those fancy axes - all they are REALLY good for is chopping fire wood" She snorted, gesturing to the Viking chopping wood nearby.

Everyone glanced over. The wood chopping quickly stopped as the Viking grew embarrassed. A moment of awkward silence ensued - all that could be heard was the crackle and pop of the fire...

And then the argument broke loose! Paladins and Vikings argued for hours and hours, only taking breaks to nibble on some more meat and chug down on another big mug of chocolate milk.

"No, hammers are a WAAAYYY better weapon! And they look so awesome" "Are you kidding?! Axes are so much cooler; just look how sharp it is! I can cut down a million enemies before it's blunt!" "Yeah well, I don't EVER have to worry about that, cause hammers don't need sharpening to cut down a BAZILLION enemies!"

Finally, as dawn was lightening the horizon, a Paladin, still dressed in their battle armour (although, covered in chocolate milk and chicken grease) clambered upon a table yelling for attention.
"HAMMERS ARE DA BEST!" he exclaimed. A Viking immediately joined him upon the table.
"NU UH - AXES FOR DA WIN!" she hiccuped.
The two glared at each other for a moment and then both exclaimed;
"BATTLE TIE BREAKER!"

Everyone cheered in agreement. The rules were set: Paladin's and Viking's would, from now on, fight battles as separate forces. The side with the most enemies slain would win, and that would, once and for all, decide which weapon is the superior! 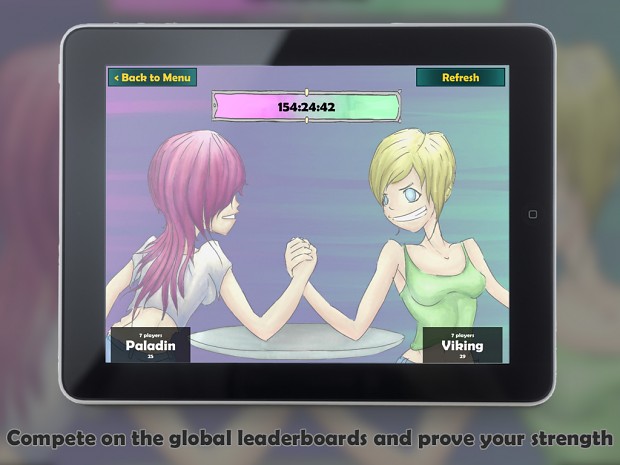 Show Avert Studios some support, if you love our mobile games, or if just want to share some tips for improvement, give us a little like on Facebook, visit the contact page on the Website, or PM us here on Indie DB!