Oz! This week, we wanted to share you our plans with dwarven culture and their factions, as part of our faction blog series we will be unveiling in time. This faction was worked greatly so far, in terms of solidfying their place in lore and their translation to the game. Their troop trees are fletched out. Art direction was set. There were a lot of work done in terms of 3D and 2D. Here is our plans for them, hope you enjoy!

This week, we wanted to share you our plans with dwarven culture and their factions, as part of our faction blog series we will be unveiling in time. This faction was worked greatly so far, in terms of solidfying their place in lore and their translation to the game. Their troop trees are fletched out. Art direction was set. There were a lot of work done in terms of 3D and 2D. Here is our plans for them, hope you enjoy!

Our Plans regarding Dwarves

The Dwarves (Belegost and Nogrod) are typically going to be very defensive faction, unless there is a great threat to them. We are going to split up the two cities so that they resemble city-states, with their own castles/outposts and villages/mines.

Belegost guards one of the only passes through the Blue Mountains, near Mount Dolmed, so they countrol all the trade through the lands to the east. Their walls straddle the pass, and the market, artisan areas of the city will be in the pass, as it will act as an economic centre between west and east.

The noble residences and the hall of Azaghal will be within the mountains, behind the great gates of stone and iron. Nogrod will be similar, although they will focus less on trade, and instead focus on masonry and forging.

We intend to bring dwarves in all their glorified culture, where they had spent thousands of years untouched, away from the troubles up in north of Beleriand - where they kept on growing, studying and preparing a masterfully crafted army and their mountain homes of stone and copper.

(Some of the dwarven symbols we designed for banner editor)

There is also a focus on translation game dialogs and strings into the way dwarves would speak with outsiders. Therefore, we are designing a mechanic that will offer different pronounciation, sentences and wording for per faction as they interact with player or AI. 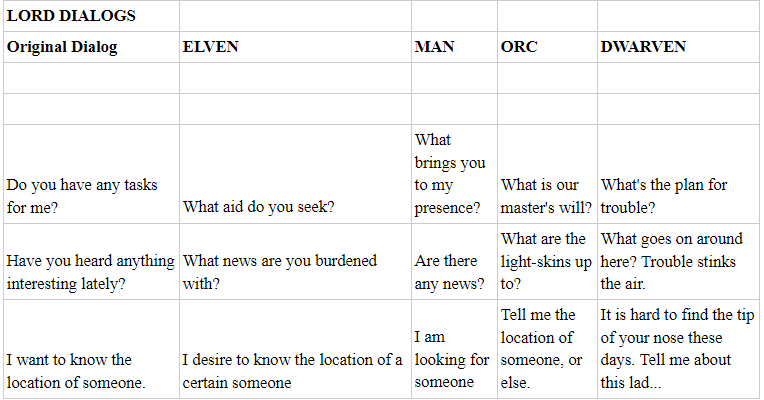 Our approach for the troop trees are divided into 5 different parts.

Belegost troop tree will be rather defensive. They will have broad shields and one of the best armors in the game but there won’t be much weapon variety.

General dwarven troop tree will not be as good as nogrod or belegost soldiers, but you can also upgrade the dwarven miners to help you at early stages of the game. Low tier troops but also low upkeep.

Greatest and bravest fighters amongst the dwarves. They wear special armor forged by the master smiths using hidden techniques so that they can withstand the heat of dragon fire. 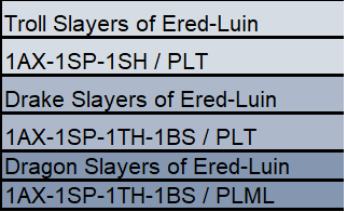 You will not able see chariots and chariot troops in early stages of the game. After the development of some buildings in the city, you will have opportunity to buy/build a certain number of chariots. (For building raw materials request will be high). You may need to think twice to get it, since it has extreme charge damage but its maneuverability will be quite low (Also chariot troops upkeep will be high). 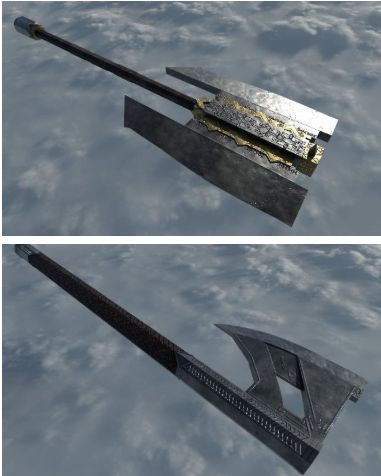 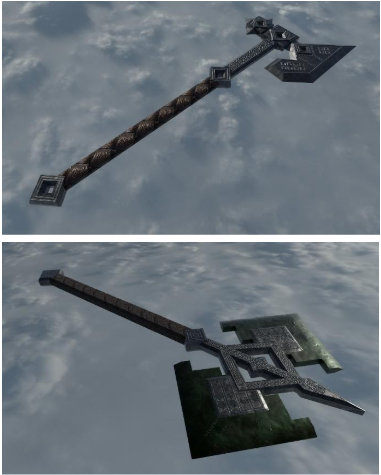 Nogrod and Belegost are two of the cities dwarves built where they lived in and around the blue mountains in the first age. According to legend, 2 of the 7 dwarven fathers woke up in the blue mountains. These two were father of Firebeard and Broadbeam dwarves. There is Beleriand to the west of the Blue Mountains and Eriador to the East. It acts as a bridge between these two regions.

Dwarves of Belegost and Nogrod were very skilled in blacksmithing. They were unmatched at using iron and copper. Nogrod blacksmiths used copper and iron to make weapons. Belegost dwarves, on the other hand, mastered making armors.

Telchar – Master Smith, maker of Angrist, Narsil, and the Dragon Helm of Dor-lomin

We have others plans for dwarves, apart from what we shared - including their involvement with main storyline. crafting orders/masters, nogrod city plan, concept art for the factions, portraits for lords, dwarven music, artifacts, level-design development, architecture, implementation of dwarven chariots, dwarves' relations with dragons, unique quests, dwarven minor factions, more detailed list of their settlements in world map, incorporation of other dwarven canon characters, Durin’s Folk, events and their diplomacy with other races. Stay tuned!

This sounds epic. I guess I will have to read the Silmarillion eventually.

Great work, i adore dwarvs and their culture, it’s very cool that you are trying to develop this theme, sure it will be exciting!

Thanks! We are really trying to flesh them out 0 percent, their culture must be different from anything, specially 3rd age dwarves.

Can you please tell me what the short mosaik words mean? For example what is HLT?

Note: Those are just planning phase and all of them may/may not change in the future as we progress.

Unfortunately, in first age those castles/cities are not located in beleriand.

what program do yall use for your map?

Houdini and World Creator so far