RA2YR Enhanced is a rebalancing mod for Red Alert 2 Yuri's Revenge with a completely rescripted AI. It aims to make skirmish games against the computer a lot more enjoyable without meandering away from the vanilla flavor. 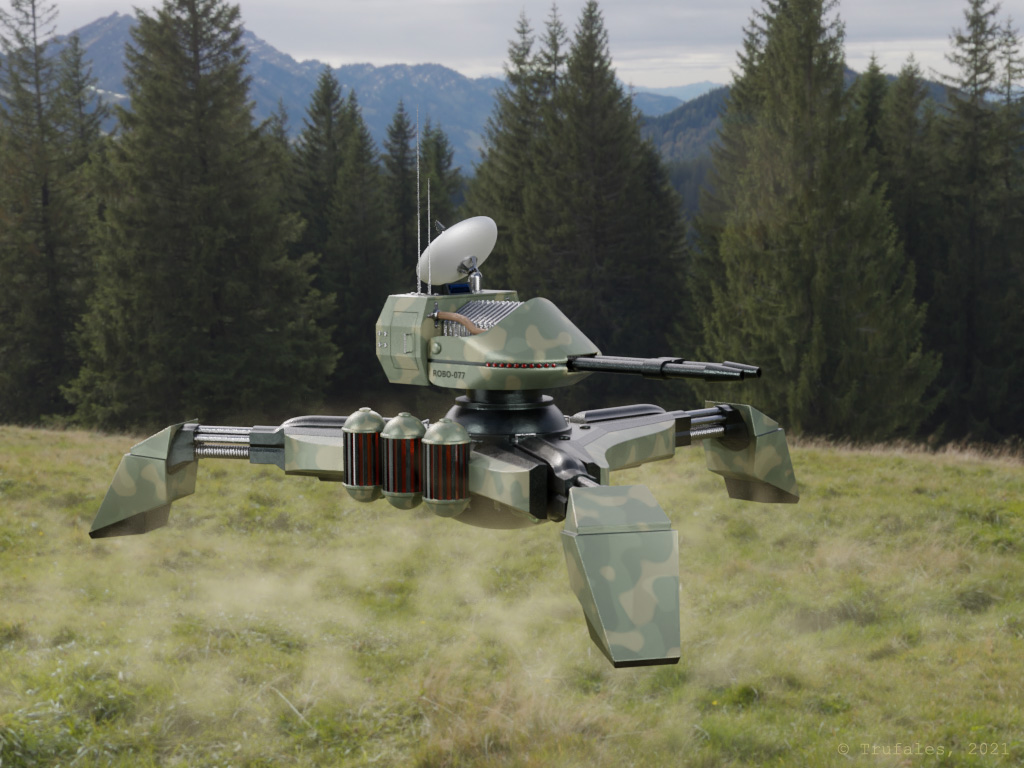 RA2YR Enhanced 7.0 is here with a ton of updates and fixes. First of all, as you can see in the picture above, I'm proud to present a freshly new rendered Robot Tank fan art! This is also set as the new loading screen for the mod. Please note that the loading screen may not be visible using Ares, which starts the game very quickly, as soon as it has finished loading.

Next, using advanced in-house tools, I've done a major cleanup of the game's configuration files. The vanilla game had lots of bogus assets which caused random crashed when least expected. This cleanup should fix most game crashes. Personally, I haven't experienced any crashes since playing RA2YR Enhanced 7.0 with Ares enabled!

Artwork has been slightly improved by restoring some lost Red Alert 2 animations: the Apocalypse Tank and Grand Cannon muzzle flashes. After a certain patch, they were accidentally removed by the developers.

One big slice of pie was missing from this mod: the Red Alert 2 music! For some reason, Yuri's Revenge was designed to exclude the music tracks from Red Alert 2, but now all game tracks have been made available. This is done automatically, however, for this feature to work you must have the THEME.MIX file in your game folder before installing the mod. If it's not there, you can manually copy it from your Red Alert 2 CD before installing RA2YR Enhanced.

Some units are a lot more fun now, like the Apocalypse Tanks shooting flak instead of missiles against airborne units, hordes of Robot Tanks that can level everything in their path with rapid fire, British Snipers and Yuri Virus being able to shoot down airborne infantry, and Desolators being stronger against other Soviets (they were defenseless against Terror Drones before).

A very nice feature, Chaos Drones can attack now on their own if set on guard. This should make them much more useful for human players, which otherwise, by default, would have to order them to attack manually each and every time. The AI will also make use of this feature, so beware of Chaos Drones inside the enemy base!

Another cool feature, this one based on Ares functionality, Prism Towers can now power up and shoot in long and complex chains! Creating a nice Prism Tower network can now be extremely effective and fun, taking up Allied base defense a notch. If enough towers are connected, they can even destroy a Battle Fortress in one shot!

A very annoying issue that has been fixed was the Chrono Miner walking all the way back to base when it was very far. Now it will automatically teleport from any range as it should. Also, Yuri's Slave Miner has 4 slaves now instead of 5, as it was intended long time ago, but a small bug kept it at 5. This should fairly balance Yuri's economy versus other countries. On the same note, the amount of credits obtained from mining has been slightly increased for everyone -- the game's economy was a bit too stingy.

Some AI scripts have been corrected, while a bunch of new ones have been added. Among some new types of attacks, computer players will be more aware of enemy super weapons now and will do their best to bring them down before they activate. 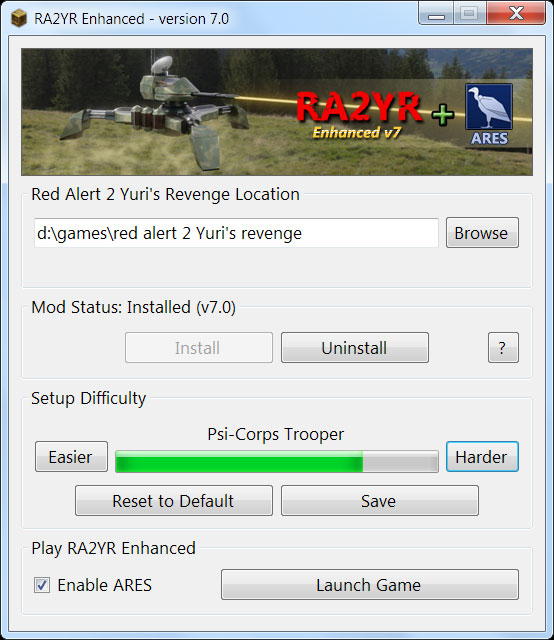 Every difficulty level in the RA2YR Enhanced mod launcher has been named after an existing infantry unit so you can remember and set your favorite difficulty easier.

Although less visible, there are loads of minor fixes and improvements which should bring the original game a lot closer to what it should have been from the start. Check out the description on the download page or the mod's readme file for more details.

Thanks to everyone who left feedback, it helped me fix many things which otherwise I might have overlooked. Enjoy!