The team at Axon is excited to announce that we have finally, officially, for realsies started to develop Quench!

The team at Axon is excited to announce that we have finally, officially, for realsies started to develop Quench!

What’s the Game About?

Quench is a story-driven puzzle game set in a lo-fi, geometric landscape. You play as Shepherd, an avatar of nature, and you have the power to control the weather to guide herds of animals on a perilous journey.

You must provide for your flock, open blocked paths, thwart enemies, and otherwise tend the land to make it lush and green again. Quench is inspired by uplifting and joyful classics such as The Lion King and Avatar: The Last Airbender and games like Journey and Okami. You will experience unique and wonderful environments, memorable characters, be awed by your own power, and be presented with a lesson: in order to make a better world, we must all do our part.

Quench was first born at TOJam: The Sevening, inspired by the theme “The World Is Not Ending”. From a Flash prototype, we refined the concept several times as various student projects. In early 2014, we made a playable Unity demo that we showed at the Level Up Showcase and Gamercamp (via Humber College). People who played the game at those events enjoyed the concept and aesthetic, and frequently commented on how refreshing it was to play a game with a non-violent core gameplay mechanic. We are really grateful for the encouragement we’ve received to continue development over the last year. 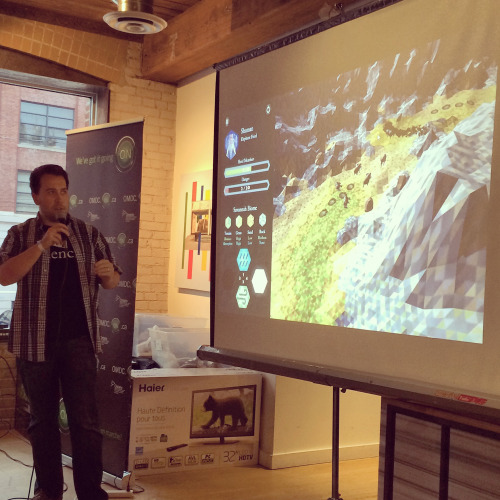 In addition to Jeff, Tabby, Kristina and James (the Axon team), we’re relying on several other team members to make the game happen.

Why Did You Wait This Long To Make It Official?

Quench has always been a passion project for us, and like most projects of that nature, we have been volunteering our time and money to get it this far. We really wanted to find a way to work on the game full time, but in order to do that, we had to guarantee that we could all afford to do that.

We decided to apply for government funding back in August. While attending preliminary informational sessions for the grant, we heard a lot of feedback about how competitive the application process would be and how uncommon it would be for a new company working on their first title to be successfully funded. Despite the warnings, we decided to put the effort in and see where it went – our reasoning was that if we were rejected, we could use the feedback to improve our application for the next year’s round.

You probably know where this is going: Late in November, we were contacted by the Ontario Media Development Corporation and congratulated on being funded through their Interactive Digital Media fund. Quench was going to happen.

We had a lot of work to do.

Since the new year began, we’ve been quietly improving the game and our workflow in order to prepare for production. In particular: 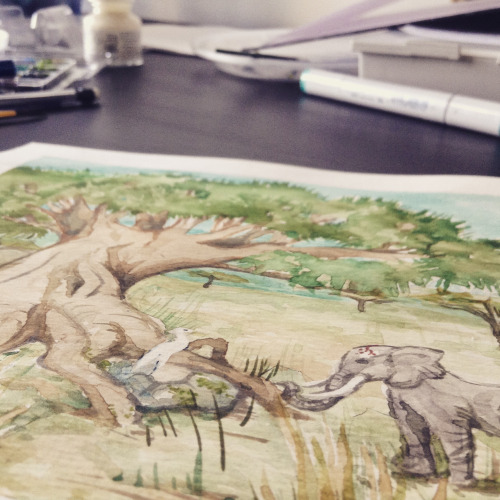 We needed time to finish the funding approval process and to jumpstart our pre-production once we got the good news. If you follow Axon or any of the team members on social media you may have noticed an uptick of tweets and posts about Quench (or about some mysterious unnamed work). Now you know what that was about!

Our official production schedule started on March 1st. We’re hoping to be close to complete by the end of the year with a release in Q2 of 2016.

We’re aiming to release Quench on PC (Windows/Mac/Linux) and tablet (iOS/Android), with more platforms to be announced.

If you want to check out the game or learn more:

Quench is made possible with the support of the Ontario Media Development Corporation.