Hello everyone, I am here today to introduce you to a new modification for Crysis, Quarantine.

Story Summary:
Hidden near the island nation of Madagascar lies an island, shrouded in fog and mystery. High mountains surround the rim of an island, providing a shield from the outside world. But within these cavernous walls, dwells something with millions of years of evolution on their side.

In 1999 the Prio-Tech Initiative discovered the island and established a facility on the island to monitor and observe these mysterious wondors in their natural habitat. They kept it a secret from the general public. A few weeks after the completion of the main facility things started going awry. People started disappearing, equipment was being damaged, it seems that the islands native inhabitants are a lot more dangerous than originally though. The onsite leader of Prio-Tech, David Vaughn has declared the island quarantined. Communitcation was lost shortly after.

Note: We just wanted to provide you with the basics of each character, you will learn more about them throught the production of the mod but mainly when you play the mod.
Weapons:
The following weapons will be featured in Quarantine, why does Prio-Tech need weapons such as these you may ask? You will find all the answers when playing through the story.


Weapons not shown (These are pretty much done but need a few touch ups before being posted):
Spas-12
MP5
Colt Trooper MKIII

Structures: (All are not listed, just ones with available previews)
Main Facility
The Prio-Tech Main Facility is where all employees go to work in the morning..... Or at least they used too. There are multiple labs and offices where research is done on the island itself. 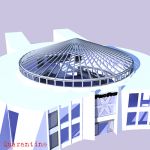 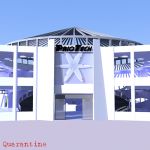 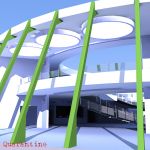 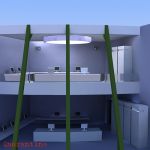 Worker's Lodge
The Worker's Lodge is one of many structures built on the island to accomadate Prio-Tech's employees living needs. 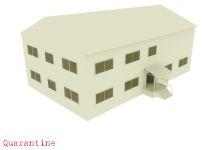 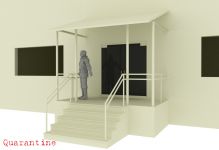 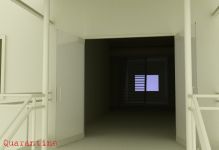 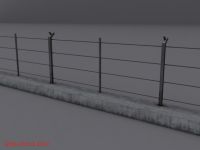 Environments:
Areas in which you will encounter on the island may include the following -
Swamps
Open Fields (tall grass)
Dense Jungle areas
Caves
etc. there are more :) 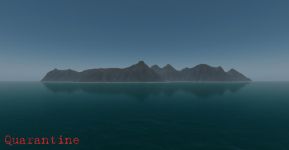 Quarantine is currently being developed by Evolved Horizon. If you wish to learn more about EH please visit the link below. We hope to deliver high quality products to the community for your enjoyment.

That is all for today, thank you for reading :). More to come soon.

That's really something - great job - a lot of hard work there already - it looks promising and I like the concept [adding this to my tracking list]...

I especially like the detail in the art - for example, the "Prio-Tech Main Facility"...

Thank you very much :). Alex E.(Prio-Tech Main Facility Modeller) is continuing to put in more details everyday and the structure is coming along nicely as well as the Worker's Lodge (made by Kevin K.). Thank you for supporting us.

Impressive stuff so far, keep it up!

Will be watching closely.... good work. keep it up!

Wow, great designs going on there! Good job to Evolved Horizon. I sure am loving that main facility. Now following this mod, can't wait to see the final product.

Thanks for the great comments guys as well as supporting us :).