Hello Pilots, as we announced last week, today we have a really big update for you! This update contains mostly new content for the campaign, new racers, new challenge-types and foremost the Arcade mode! Besides that, we have made Quantum Rush Champions now available in Spanish, Italian and French.

Posted by GameArtStudio on Nov 4th, 2014

As we announced last week, today we have a really big update for you! This update contains mostly new content for the campaign, new racers, new challenge-types and foremost the Arcade mode! Besides that, we have made Quantum Rush Champions now available in Spanish, Italian and French.

We would like to take this opportunity to thank you all for your great feedback! It matters to us and that's why we fulfilled your wish and made all menus gamepad compatible and fixed most of the bugs you reported.

Full information on the update can be found below.

We hope you like the update and we look forward to your feedback and your reviews!

To unlock tier 4 you also have to win a new boss fight in tier 3 of this campaign.

With the new tiers, for each manufacturer a player now gets tier 4 and tier 5 racers including parts which can be unlocked.

The 2 new challenge types "Time Trial" and "Hit the Target“ are now available!

In Time Trial the player has to perform a solo race with 3 laps and beat the best time.

In Hit the Target the player has to perform one lap only, but he also has to race through certain targets to avoid penalty seconds.

Together with the new tiers a new race track becomes available, the mountain track "Deuterium Rally“!

In this thrilling race down the slopes of a mountain players have to get out the most of the many pickups and boosters placed right at the edge of the cliffs without loosing the ground under their feet!

The artificial intelligence of the NPC opponents has been improved. Now they act smarter and are no longer such an easy target for experienced players!

Consequently, the degree of difficulty of all challenges has been adjusted in such a way that both new players and professionals will have a new and motivating gaming experience !

The Arcade mode is now available!

It allows players to configure and drive races and challenges freely. They have various options which allow them to imitate the races of a campaign and to create new kinds of challenges by their own.

Some options such as choice of race track and choice of glider are restricted at start and are unlocked through mastering of challenges.
The Arcade mode will get some new options in the near future. 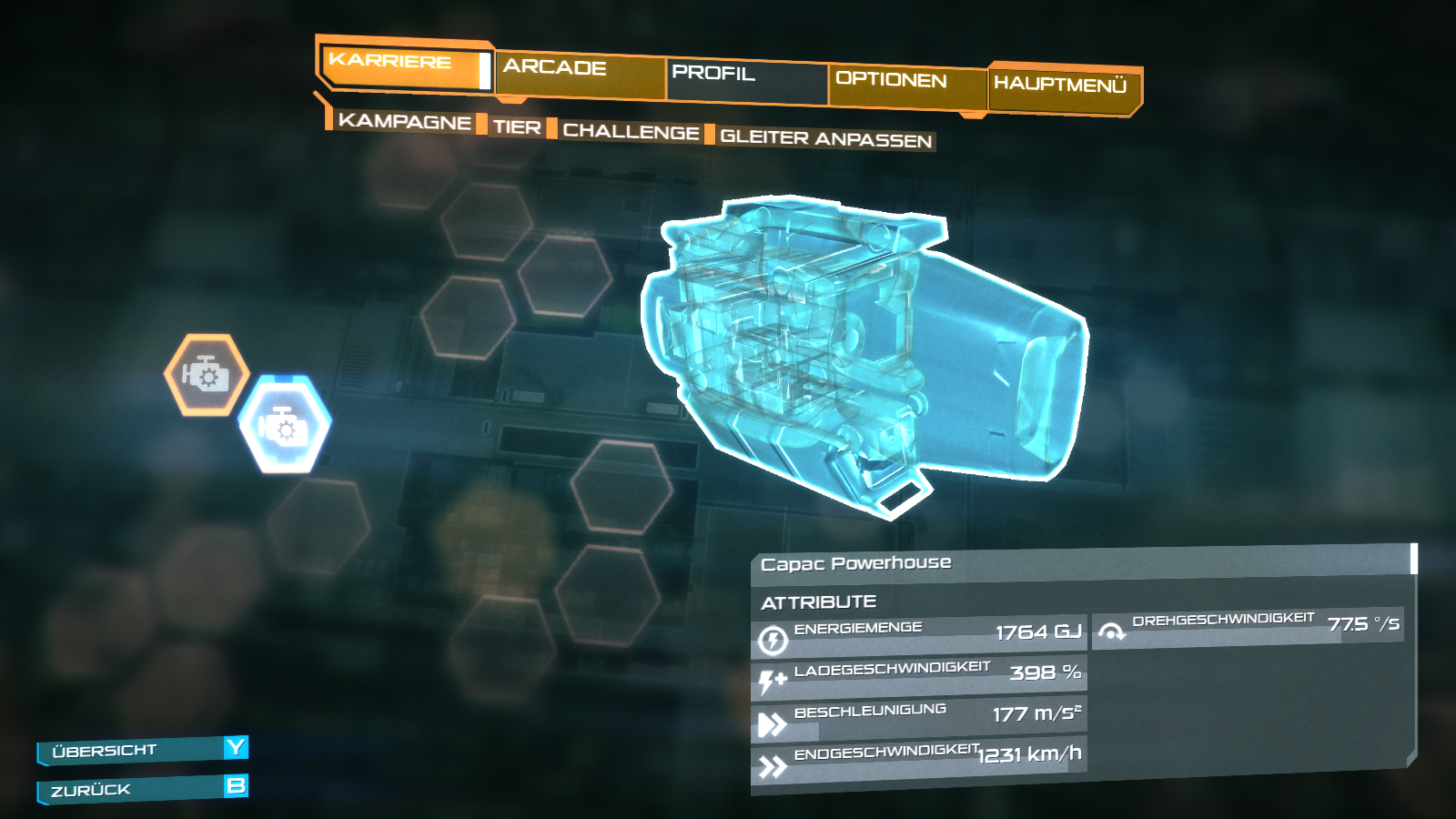 We listened to the feedback from the players and our plan to make Quantum Rush: Champions fully compatible to gamepad was carried through. All menus now are fully controllable with the gamepad.

We will work on the controls in future as well and improve them where possible!

Quantum Rush: Champions can now be played in Spanish, Italian and French. You can select the language in the game options in your Steam library. 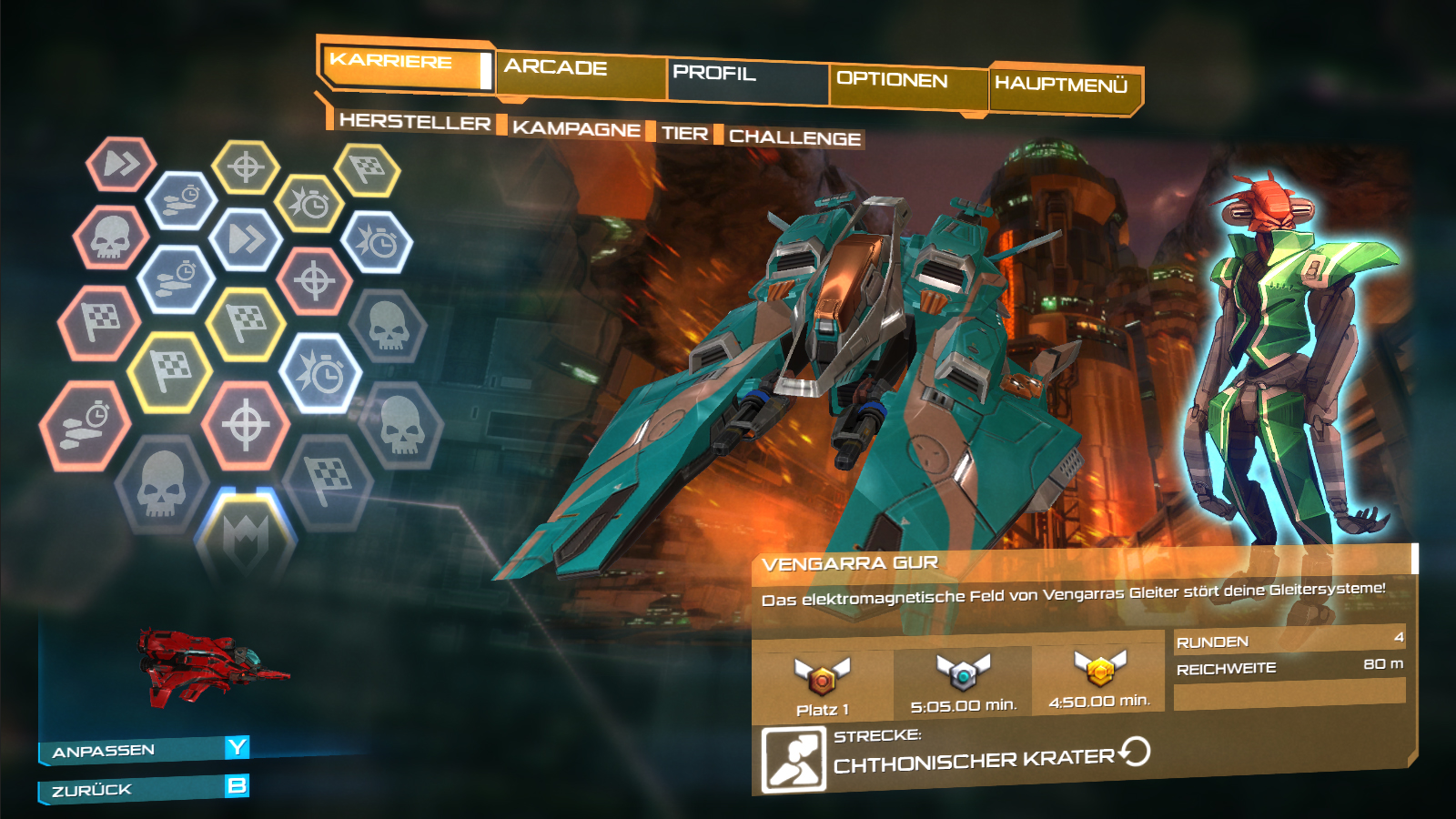 The Arcade mode is now available. 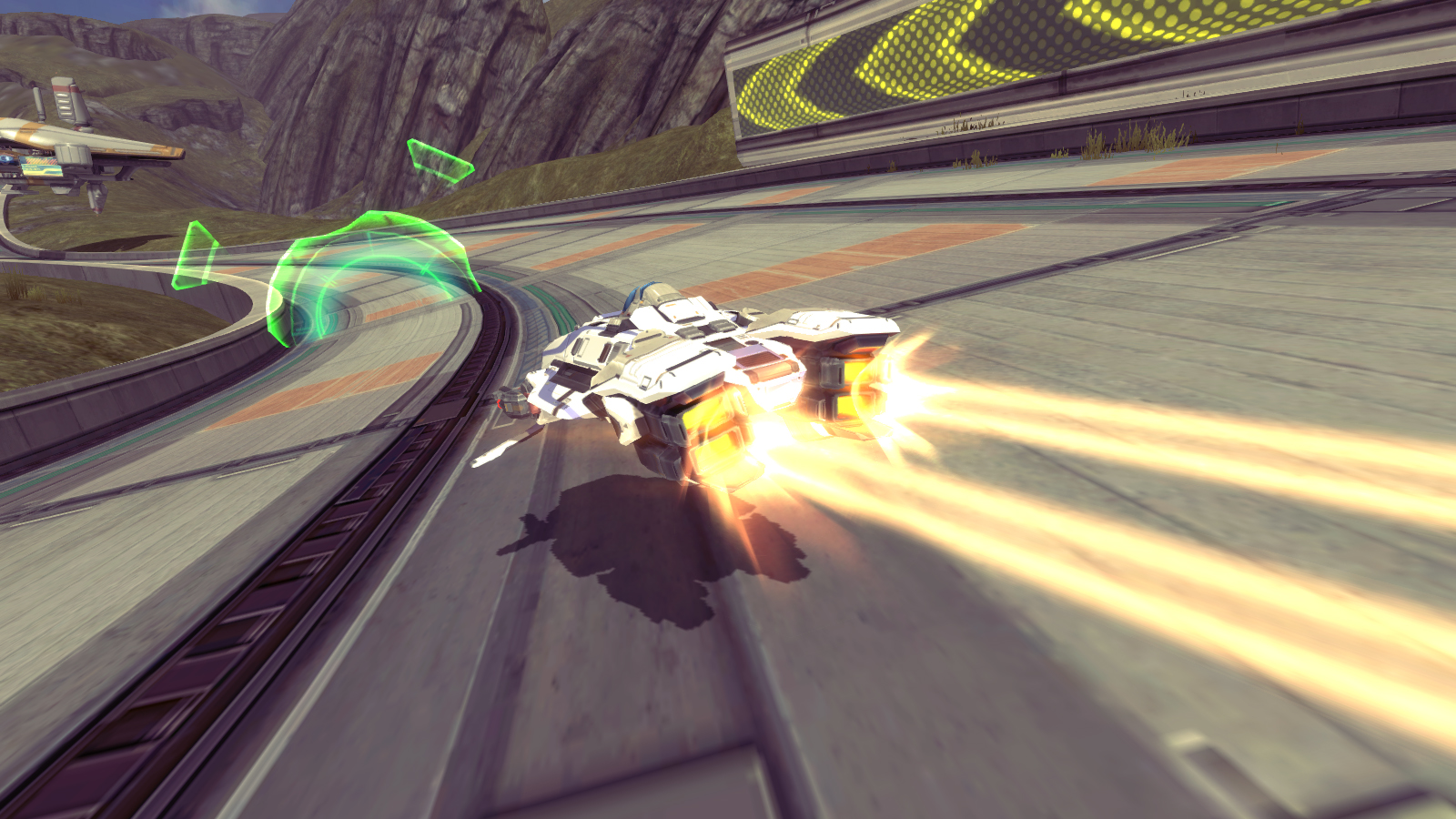