I wax eloquent about the new strategy for Lemma development. And show off some new stuff.

As I suspected, I have an almost insurmountable case of coder's block after a full day at work. Nevertheless, things are getting done. In fact, this might be the best thing that's happened for Lemma because it's forced me to cut a lot out of the design and focus on core things. It's the only way I'll ever finish.

Screenshot below gives an idea of the new direction. I've dropped any pretense that the game occurs in our world as we know it. It was a restriction that existed only to service the story, and it was limiting the gameplay and visual style a lot. Now I'm free to do a lot more, and I'm not precluded from telling a story just because it's fantasy rather than sci-fi. 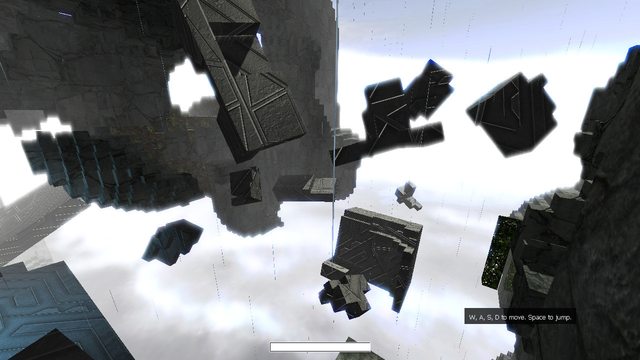 In order to get this thing out the door, I am now dead-set on eliminating anything that does not contribute to the core gameplay. You won't be seeing any more nifty graphics features. From here on out, I'm determined to churn out two things: enemies and levels. And I do mean "churn", although that's not something that comes naturally. I tend to set out with the goal of creating the best mechanic/level design/widget/mouse trap and spend months perfecting it, before deciding to cut out the whole thing completely.

No more. From now on, I'm churning out crap. I'll throw out the worst and polish the remaining turds until they sparkle.

Some of the kids in the latter half made over 300 pots. By the end, they were so practiced that their pots were of higher quality than the students who were tasked with creating five perfect pots.

This might be a no-brainer to you, but it's changed the way I think. As game designers, we're always trying to pin down that elusive thread of fun that runs through every good game. There's no formula or guaranteed method to create it. The only thing to do is try a lot of things and hope that you've picked up enough along the way to make a perfect pot at the end.

So that's where I'm at. Churning out levels and interesting objects to fill those levels.One thing that's been missing for a long time is physics joints between voxels. Without them I couldn't create things like sliding doors and rotating platforms. Click the image below to see a GIF showing what I mean. 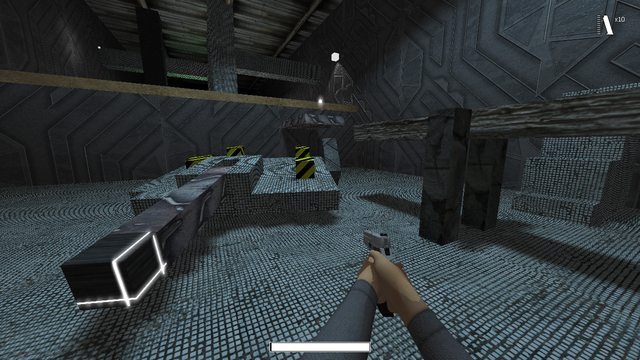 I'm pretty excited about new possibilities this opens up. I've already implemented a few in one of those churned-out levels I was talking about.

One other minor announcement. The website used to be hosted on NearlyFreeSpeech, which charges based on usage. The huge spike following the release of Alpha 1 cost quite a bit, and the whole experience has just been kind of annoying, so I moved the site to Amazon. The whole site is static despite having a lot of dynamic content pulled from all over the interwebs, so I was able to plop it in an S3 bucket for dirt cheap. So far I've payed 50 cents, plus the domain name. No complaints!

That's it for now. Thanks for reading and being patient with this incredibly slow project. Hopefully some of the ideas in this post will help speed it up.