The return of PVKLive! We got gameplay footage of Knight Assassin, Voice Actor reveal, New Maps, and a New Gamemode!

Missed PVKLIVE? Watch it here on Youtube or on Twitch! Please note all video footage, imagery and info below is work in progress and is subject to change. 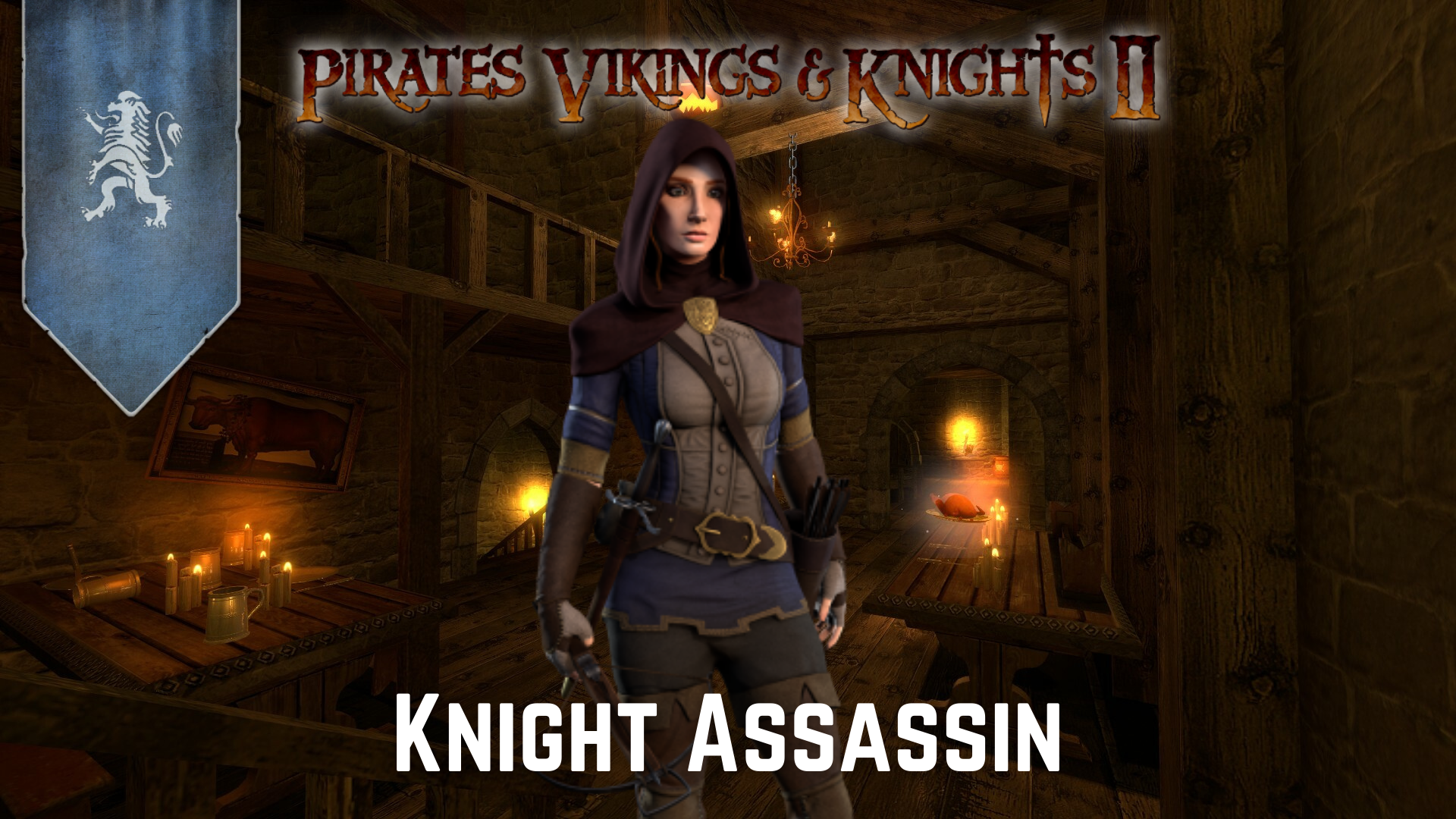 Most comfortable in shady alleys, gloomy dungeons and dark castle halls, the Assassin strongly prefers not to be seen. Really, don’t look at her. She hates it and she’ll cut you.

In service to the Earl of Bamburgh as spymaster, at court and abroad she schemes, plots, spies, blackmails, steals, embezzles and kills to further the noble goals of her good Lord’s house. Operating from out of sight, she knows precisely when to use her natural guile to remain unseen and when to brutally press the attack and eviscerate all who oppose her.

Intrigue, evasion, deceit and cunning are the core of her devious toolkit. She’s not above dirty tactics to trick and outmaneuver her opponents – some people might say that makes her dishonorable, but those idiots are as dull as rusted iron. To them, her methods make her a lying, cheating, sinful, poisonous, backstabbing no-good cowardly murderer. To her that’s just another day at work. 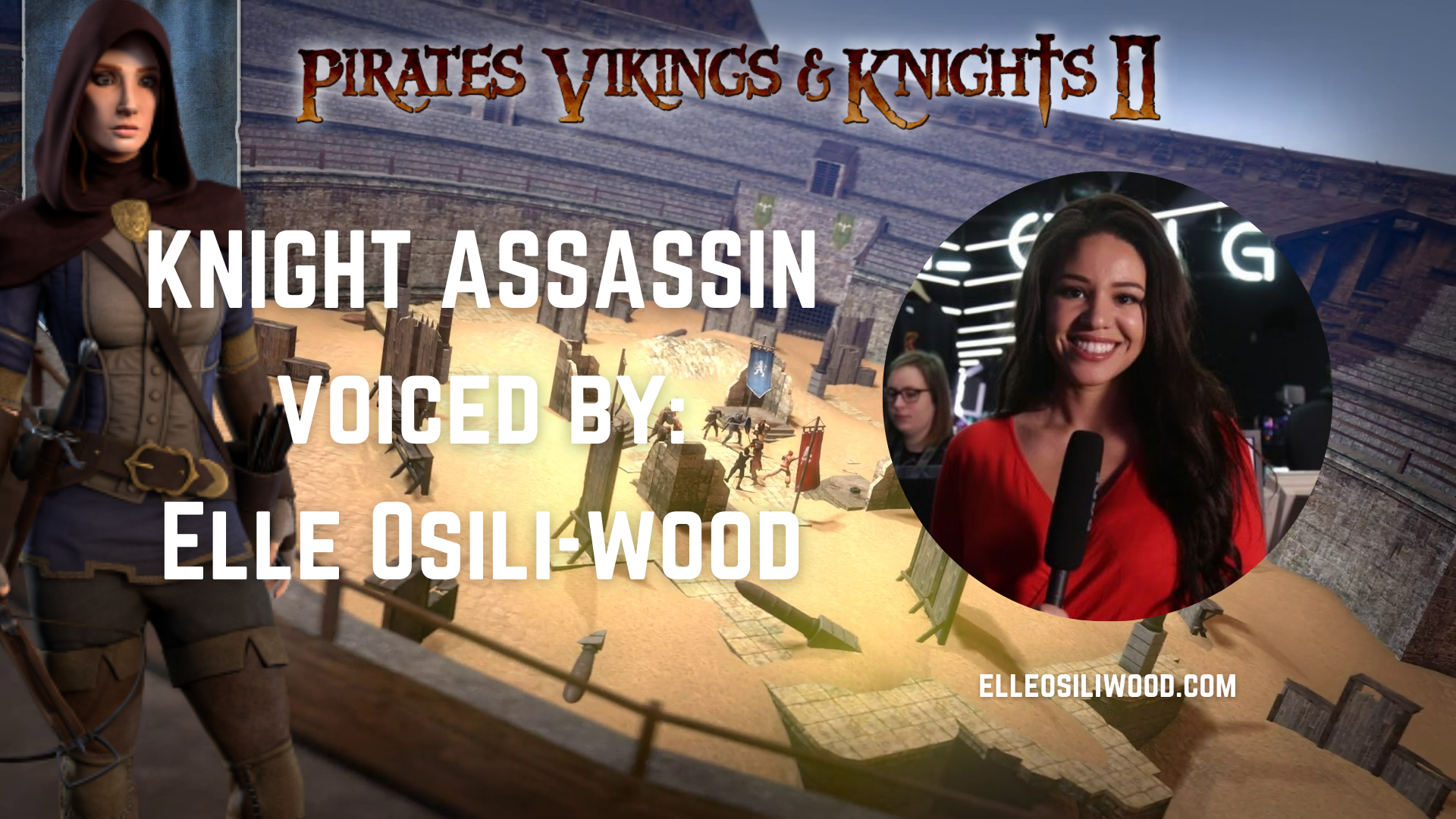 Voice Acting
The Knight Assassin is voiced by television presenter, video games journalist, and voice actor Elle Osili-Wood! She has been named by GamesIndustry.biz as one of the most influential women in gaming. Seen on screen for a huge range of brands, including PlayStation, Ubisoft, BAFTA, and the BBC, Elle is one of the most recognizable faces in gaming, with over ten years of experience in the industry.

Elle brings a natural English charm, a cunning charisma, and a mischievous way to her Assassin character. Elle has been amazing to work with and we are very excited to have her be a part of PVKII!

Knight Assassin
The Assassin is the fastest class in the Knights team, and fulfills the same role as the Skirmisher or Berserker. With a speed of 245, she is faster than the Berserker but slower than the Skirmisher. She is tied with Archer and Sharpshooter as the squishiest class, having 100 HP and 80 Armor.

Stiletto and Parry Dagger
Her Stiletto is a very fast weapon, it charges quickly and swings quickly. All of its downtime is in its recovery. Even the Skirmisher's cutlass has a longer wind-up. The Stiletto has a reach of 48, which makes it the shortest primary weapon in the game. For comparison, the Sharpshooter's dagger has a range of 45 and the Skirmisher's cutlass has a range of 50. Most importantly, the Stiletto can backstab, which has a damage modifier of 1.98. A fully charged backstab does 90 damage. The Assassin is best played as an opportunist, waiting for openings to capitalize on. Unaware or distracted enemies are her best targets.

Crossbow Pistol
The Crossbow Pistol starts with 5 ammo and has a max of 10. It deals 40 damage, the same as the Skirmisher's flintlock. It is less accurate and less damaging if you don't aim it, and deals less damage in melee range. The Crossbow Pistol can headshot, which brings its damage up to 60, same as a fully charged throwing axe. It takes 2 seconds to reload, which slows you down. If you take into account the steep arc of the bolt, you can hit enemies at almost any distance granted your aim is good enough. The Crossbow Pistol is very good at supportive fire, finishing off fleeing enemies, and snagging that last bit of your special in relative safety. While it's also really great for kiting, running out of ammo puts you at a very big disadvantage. Be aware that using your Crossbow Pistol will more than likely alert your enemies of your presence, reducing your capacity to land backstabs. The Stiletto and Crossbow Pistol are very effective when used in tandem.

Caltrops
The Caltrops are a utility weapon on a 30 second cooldown. It tosses 6 caltrops each of which deals 5 damage and slows enemies. You can either throw them forward or use M2 to throw them directly behind you. Use Caltrops to set traps in chokepoints and other opportune locations to slow advancing enemies or cut off escape routes. Caltrops can also be used aggressively mid battle to try and trip up an enemy so they're easier to engage for yourself or your allies.

Special
For her special, the Assassin tosses down a smoke bomb that stuns and blinds enemies near its explosion and cloaks the Assassin for 6 seconds. While cloaked, the Assassin is the fastest character in the game, faster even than an enraged Berserker. Swoop in quickly to snag some unseen backstabs, or brazenly engage an enemy knowing they'll have issues tracking you. The Smoke Bomb also doubles as a very effective escape, and the stun and blind can save yourself or an ally from an attack. 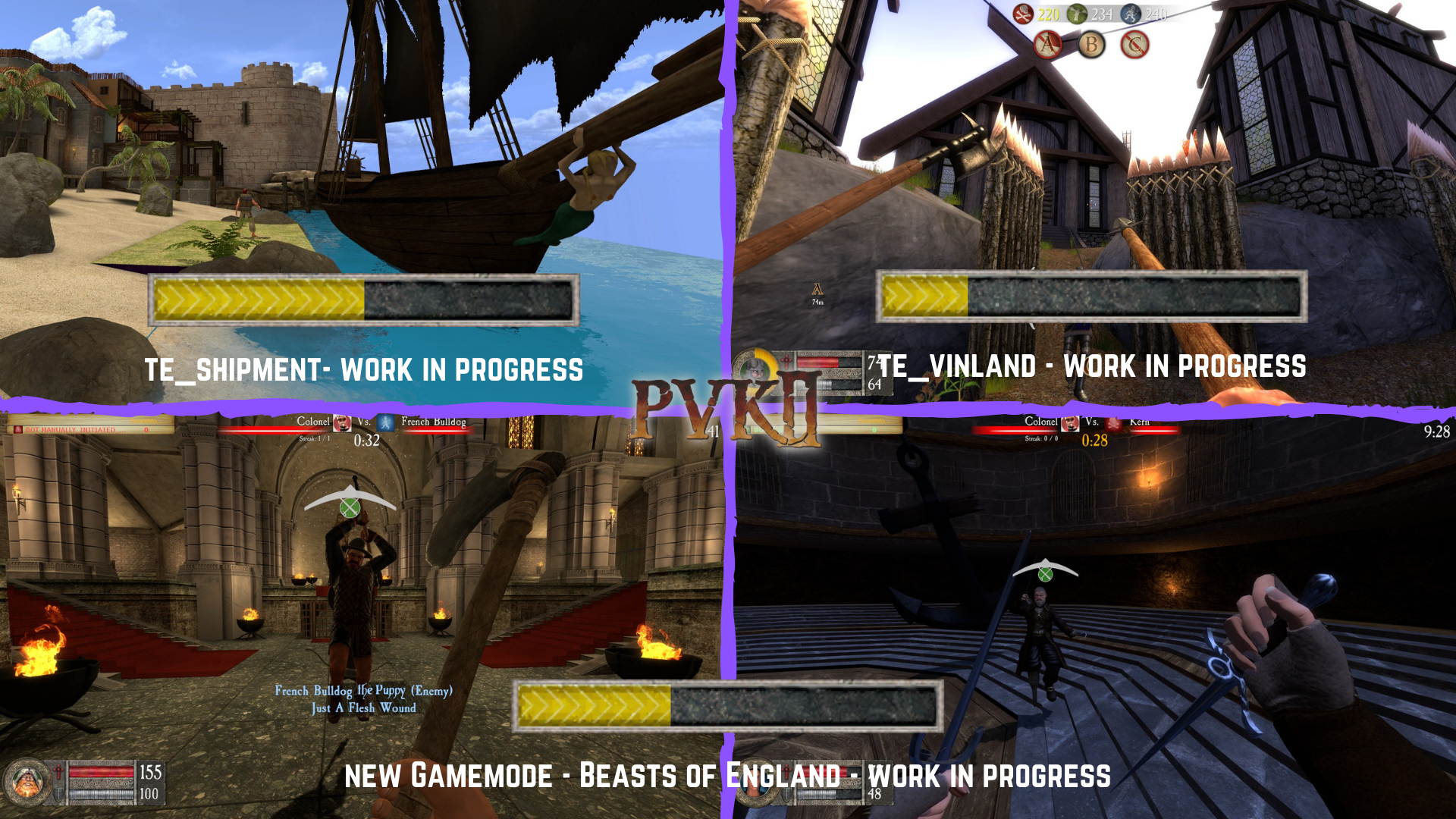 Beasts of England
Beast of England, using the af_ prefix meaning Animal Farm, is a duel based, stay alive for as long as you can King of The Hill like gamemode. Taking place on smaller sized maps this mode brings a new element to PVKII where everyone is your enemy including any class from any team! Built for our player base size, competitive, and interactive for spectators. Climb to the top of the leaderboard by killing as many as you can. If you die you get put back in queue, and if you survive your next opponent seamlessly drops in!

Check out some BoE Gameplay in the PVKLive video! Use timestamps to skip the crashing issues.

Thank You!
Thank you everyone for joining us for PVKLive! The video is available for viewing on Twitch, as well as Youtube! Tell your friends about PVKII - its kinda a cool game. We’ll see you in the future to show off our final character class The Buccaneer!

Be safe, be smart, and play pvkii!