AVAST YE! We've been busy bees and there's quite a mixed bag to show you today.

Let's start with ze Man At Arms. As y'may know, the Man At Arms is a french Knight. His role on the team will be a 'support' role, and he'll be juggling tactics between offense and defense. His main weapon is the halberd with its powerful close range special, great fer keeping enemies at bay when things get a bit too claustrophobic. He sits on a nice comfy middle ground (or you could say, up a nice comfy castle wall like a similar french knight you may know...) between the Heavy Knight & the Archer, which is good news for game balance and even better news for more diverse teamplay. Hands and Halberd - WIP. 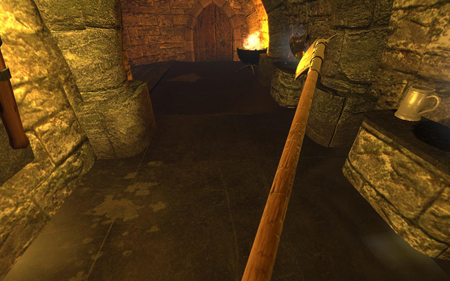 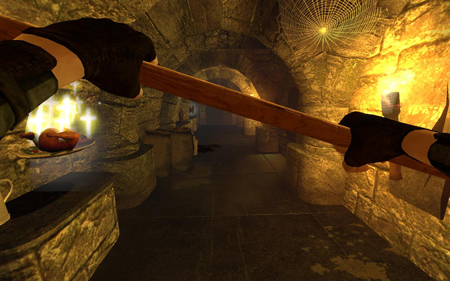 Now. Trinket Wars! Trinket Wars is, in essence, an overhaul of the long-plagued-by-balance-issues Holy Grail mode. Each team now has their own 'Grail' (or Trinket, if you will). Each team has to protect their trinket carrier, whilst getting kills nearby him and trying to take down enemy trinket carriers. With each team having its own Trinket and with players spawning close to friendly trinket carriers, expect big dirty fights all over the place. The team that utilizes teamwork and tactics the most efficiently wins.

CrackaPolly's been working out bugs in our lovely new shader system, tryin'a make the game as shiny & shadey as possible.
Viking's Horn (Model by JRocket): With the new shader specular can be tinted by the albedo allowing support for improved rendering of gold objects.

In the audio department we're making big progress, too - the Man At Arms has a voice, old characters are finally finding their voices and we're getting more and more sound effects.

We will gladly present you Berserker, Huscarl and hopefully Man At Arms in action for next news!

Great updates to be precise :)

Any plans for a Mac release later on?

MAC is supported with 2009 SDK, which mods doesn't have access yet.

No plans for a mac release right now, we're more focused on getting all the classes and features implemented.

This is great.
Looking forward to the update.

Music, Soundtrack would be really nice with this mod. A medieval themed one I think or... But still a fantastic job done by keeping it alive.