Once again the time has come to share some fresh information about the state of the game with all of you!

Recently we have been testing different map sizes to find the sweet spot between exciting exploration and engaging interactions with wastelanders and other factions. We have noticed that bigger maps make the gameplay a little bit too focused on the base-building aspect of the game and it took to long to meet opponents for the first time. We really want to give you the opportunity to have fun on bigger maps and to make you feel you are building a giant corporate empire. For this reason we made the decision to take some time and develop new features that will make the early stage of the game really engaging! These new additions will also make the exploration of the map much more interesting. So here we go! 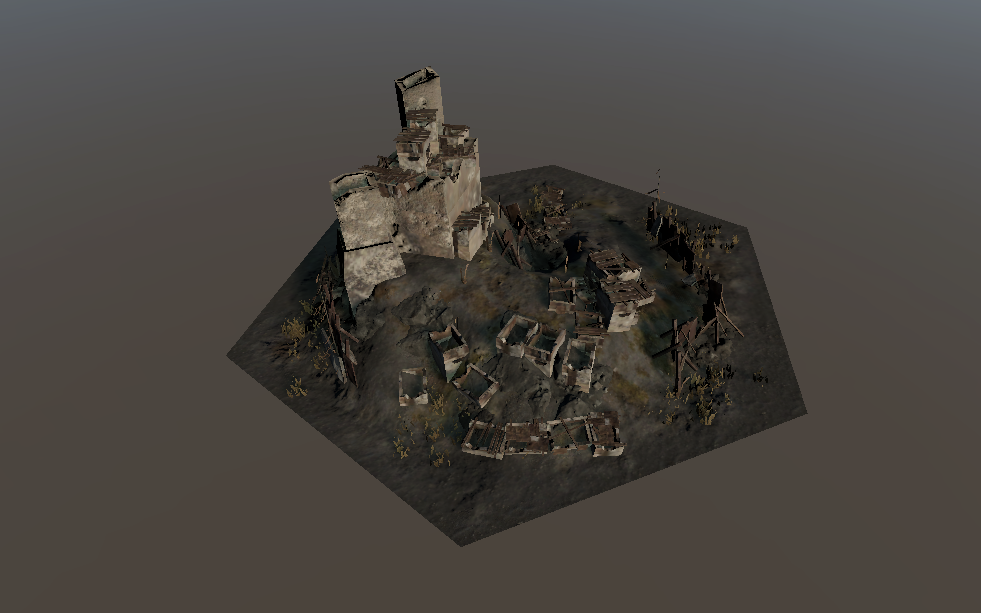 Citadels are enormous fortified left-overs from the past world that are inhabited by the Wastelanders. Every now and then Citadels will send some units, with the aim of making the lives of the corporate punks even more rough. It will only stop if you are able to gather enough units and bring the Citadel down. 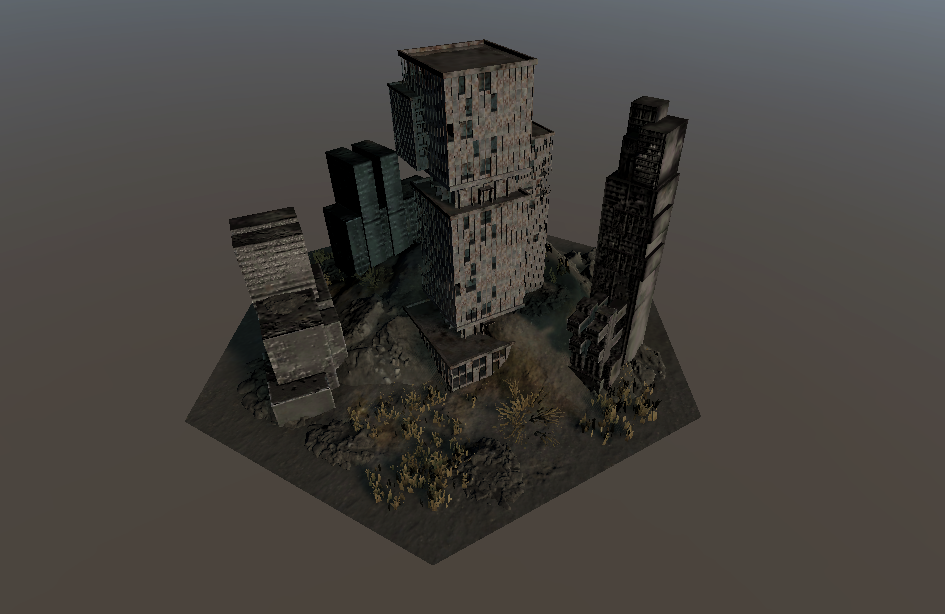 It is very time-consuming to constantly develop your base. Even more so when you lack resources and in order to gather them you have to build many costly structures. This is why we have decided to add the ability to build your towers on the Outposts, even when they are far away from your borders. The Outposts are ruins that can be easily turned by builders into bases and will allow you to gain new territories where you can develop. 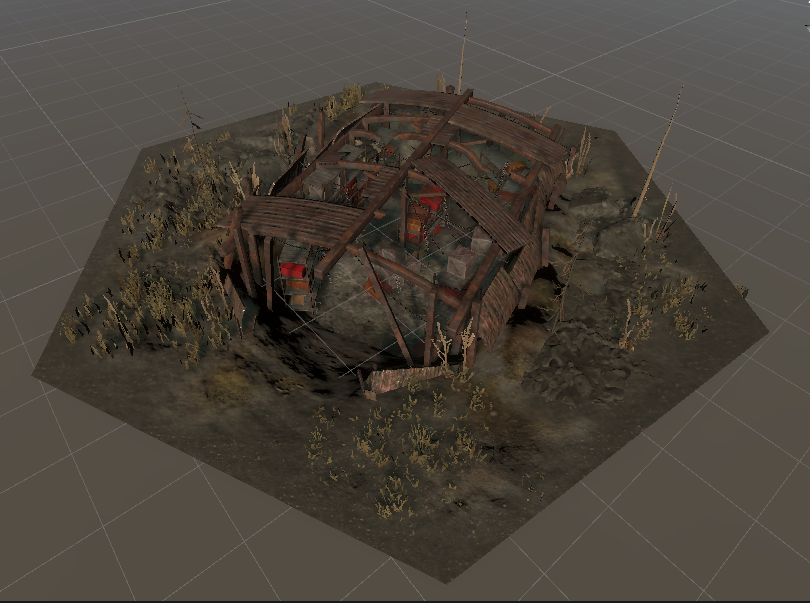 It looks like there are some areas where resources have been left by their previous owners, maybe you could take them? Just watch out, might be a trap, someone might be using them as a bait. But the risk can be worth it as you might find food, raw resources, but also research points or upgrades.

More inhabitants in the ruins!
From now on, ruined towns, slums, and ruins are more vibrant. There are various events happening if you decide to pay them a visit. As usually in Punk Wars, decisions matter. You can decide about the lives of Wastelanders during those events.

New units (that are just pissed with everyone)!
Not everyone in the wastelands likes technology - no matter what it would be. Some are just fine with the atmosphere of intimidation, chaos and death. Those people have been very devoted to gain the power they possess in this post-apocalyptic world. They only see technology as a threat for their own business, and for that reason they are ready to pay any price to get rid of the corporations.

A close-range military unit with mediocre stats. Thieves roam the wasteland to make the life of others miserable. They try to sneak up on our borders, steal your resources, and run away from danger. The best way to deal with them is to secure the border with some long-rage units or to chase them down.

“Do you really think you are better than me? I am just trying to survive here, in this hellhole you've created! None of this would happen, if not for your fanatical fascination with your own superiority!”

Kidnappers who will try to abduct your citizens!

Watch out for them! They do not fight very well, but can easily “convince” your naive workforce to join them. Heavy Minivan, slow but durable. The kidnappers will never shoot nor attack you. What you have to take into consideration is the fact that they ARE going to kidnap your people, and they won't let them go until you fulfill their demands. No technology will help if your empire lacks a workforce.

Keep your eyes up, Gangers are here!

Gangers are quick, mid-range units of the Resistance. These motorcycle-driving rebels see themselves as 'free', and their main goal is to attack and destroy targets controlled by the Corporations. They're surprisingly strong, perhaps because they fight for a cause, and not because they're told to. 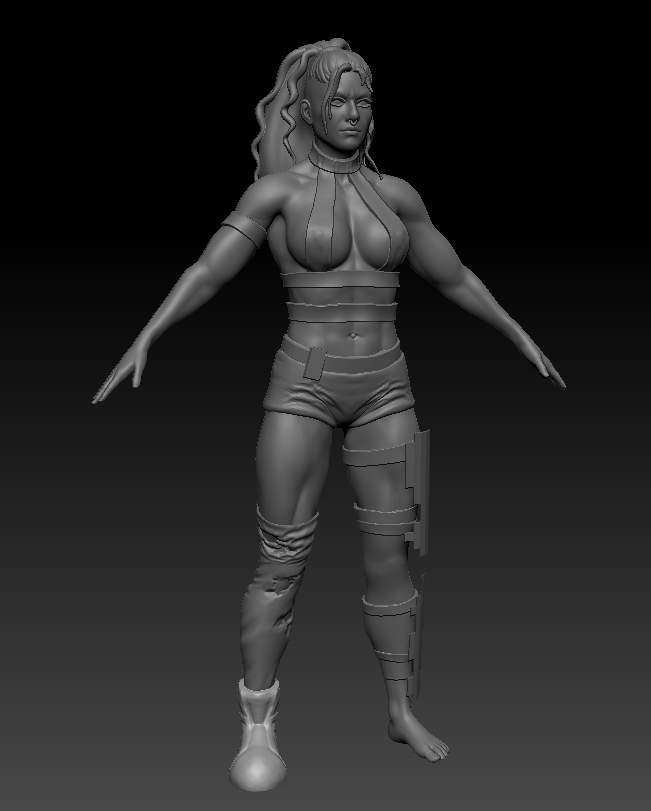 On the deserted wasteland you can also meet daring Sand Amazons! Quick, close-range units. Through their strength and discipline, these wild women were able to adapt to the hard conditions of the wastelands. Because they focus mainly on combat and ignore the needs of everyday life, they often capture civilian units and force them to work for them as slaves

“Being an amazon is amazing. The only downside is the sand – it gets everywhere…”

And that's all folks for today! Don't forget to add the game to your wishlist (if you still didn't) and stay tuned for more PUNK WARS updates! Also make sure to join our Discord community!