This article discusses the future of the editor and the public release of it. I have added many features that have modernized the editor making it a lot easier for the user to make maps. In this article I will highlight a couple of important improvements and dates. First on the agenda (Improved Selection):

Hey guys, So after being busy with things I finally have had the time to really develop my level editor. I have added many features that have modernized the editor making it a lot easier for the user to make maps. In this article I will highlight a couple of important improvements and dates.
First on the agenda (Improved Selection):

The selection has been improved tremendously, for the private testers they'll see this when they test out the public release. We have added on screen selection which is different from the previous version on text selection. You can now select object on screen by clicking on them which is shown in the link below. 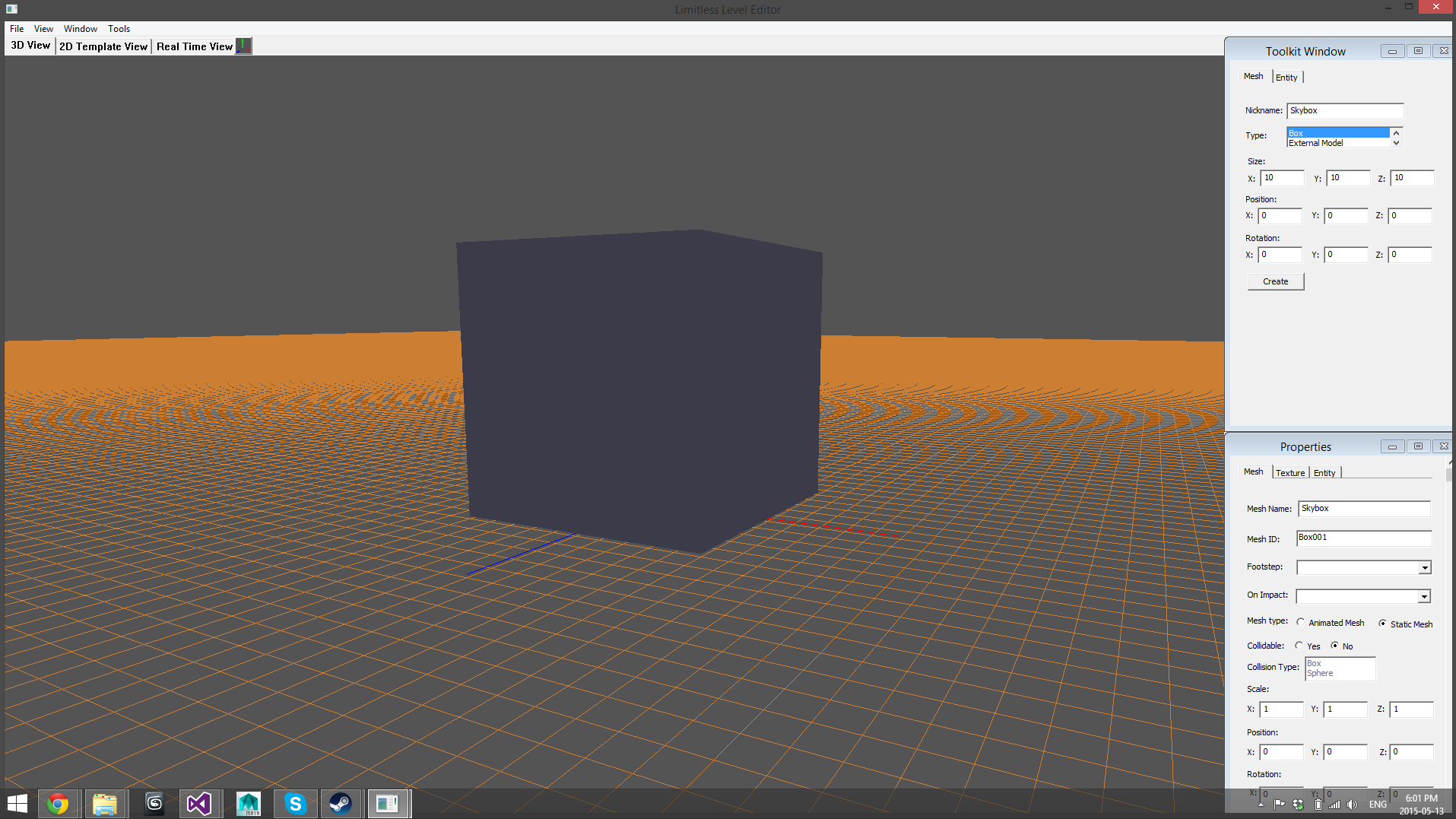 Here is a normal cube without being selected. In the next picture you can see that the cube is selected by clicking on it. 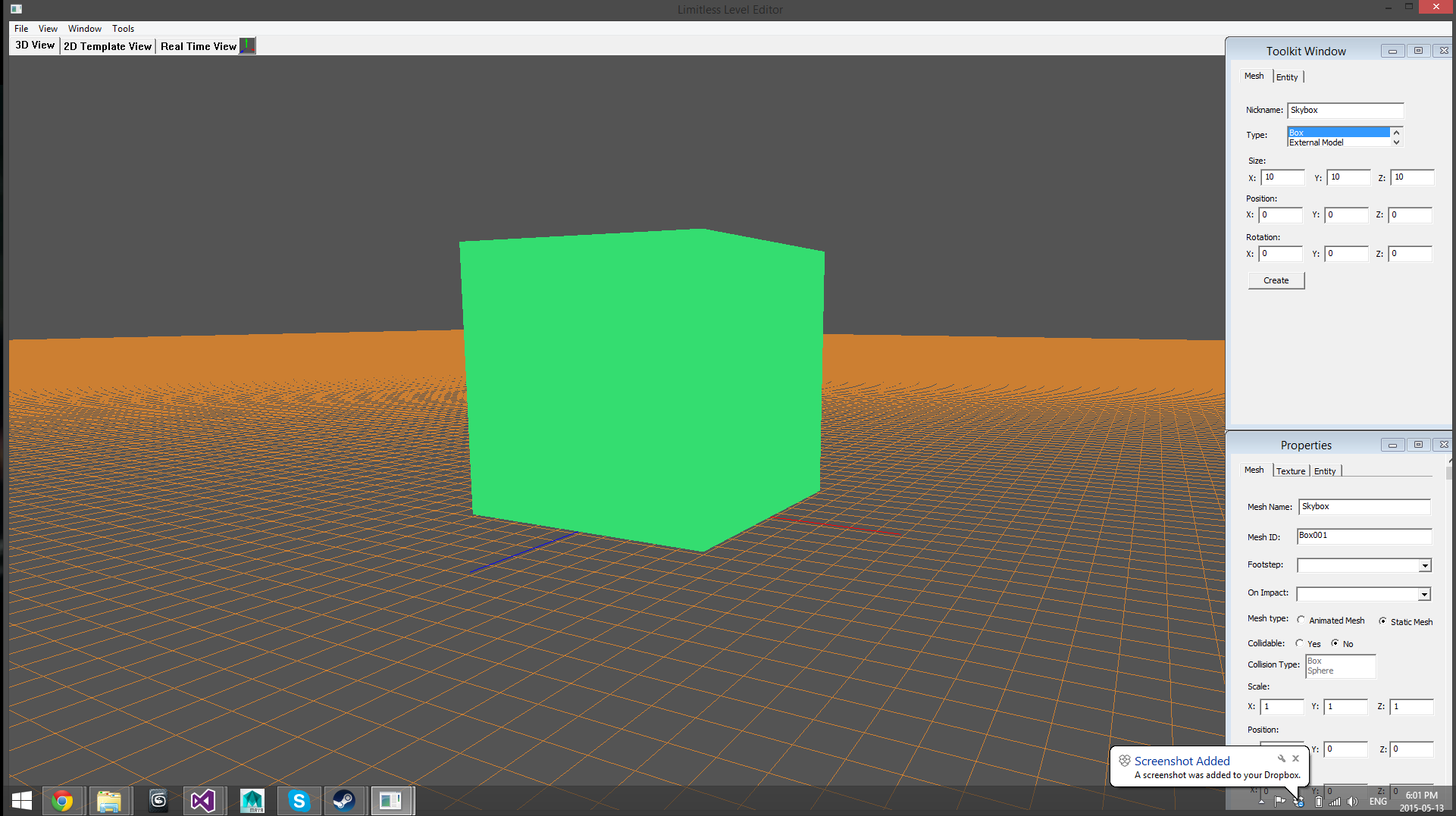 Second On The Agenda (UI Improvements):

We have changed the entire UI of the editor and built it up again from scratch. Obviously the old UI was alright but the new UI makes it easier for the user to interact with the editor. Some things I did not take into consideration with the old UI was the level of intelligence of the user. Not everyone is familiar with computers and coding or even map making which is why I took every step to make using the map editor easy. I wanted make map making a breeze for new map makers which something else I kept in mind when re-designing the UI. In the picture below you will see how I added more on screen options to make it easier for the user to perform tasks but I also supply them with every bit of info on each object as we can see in the properties window to the right of the screen. 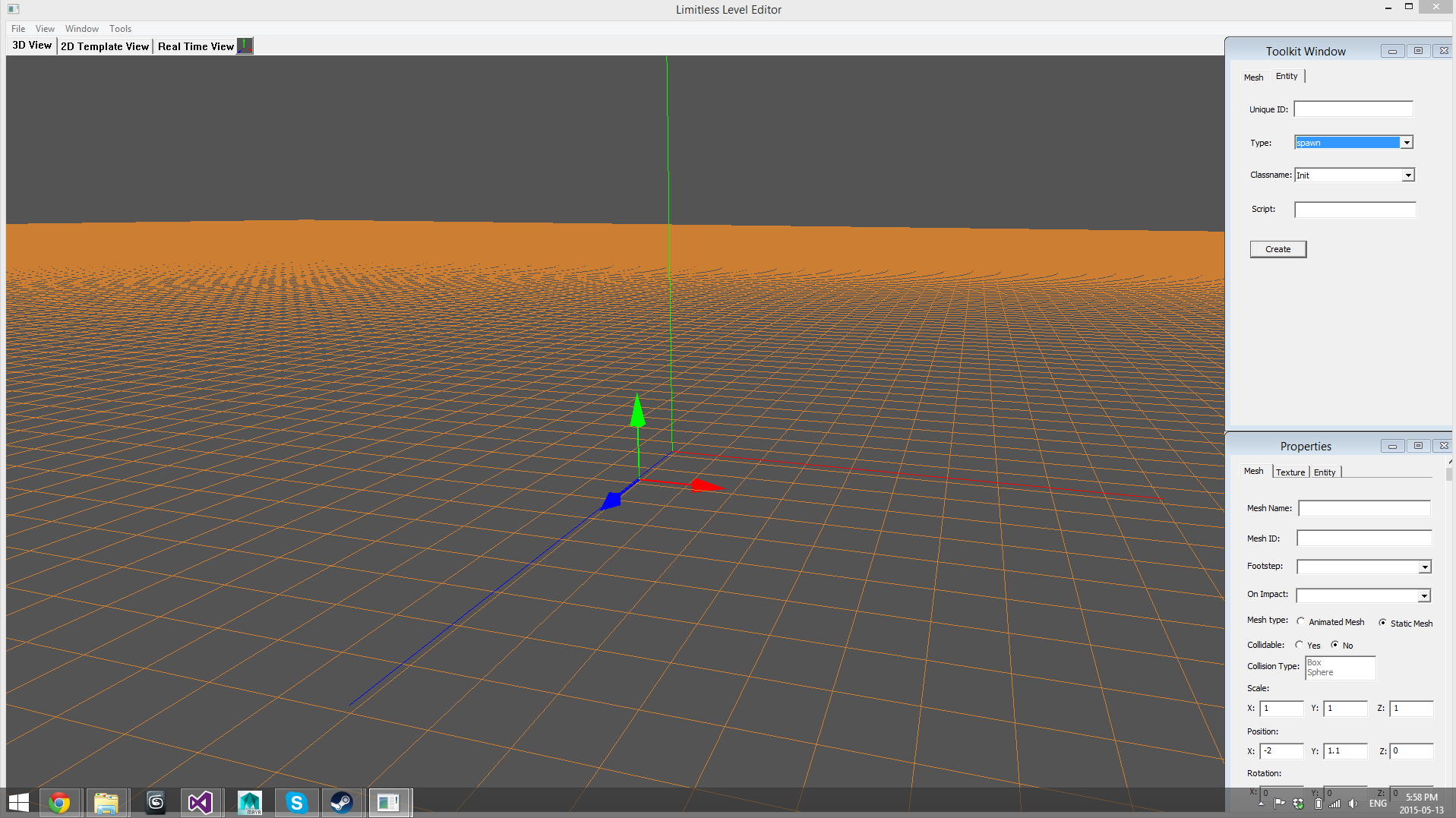 Last On The Agenda (Modability):

As the title states I will talk about the modability the editor brings us. There are many more options I have embedded to make the map more custom and modifiable. Things like importing your own animation script so instead of having the re-animate an object or even animate it you can type the animation in a text file and import it into the editor. Here's an example:

Likewise you can do the same with uv coordinates for textures. Scripts have been added as well so the coder has less to program and almost the entire map can be programmed through these scripts to add special effects and make you map more alive.

To conclude, I would like to tell you the date in which the first public release will take place. The first public release is set out to be June 16th, 2015. I am making this release for two main reasons, the first is to attract more mapper and build your mapping skills not to map for me but to make your own community of mapper so you can play your maps with friends when the game is released. The second is again feedback and bug testing, I still need to know how complicated the UI is for most user so I can make improvements to the editor. We will see you all in a month.