There is a new screenshot to show off: Unity-chan is finally holding a gun.

After a wave of events that happened at once around this weekend, I've took a bit of break on Tuesday before getting back on Prototype: Murakami. Right now, the current build is very broken, so there won't be an automated post today, but there is a new screenshot to show off. 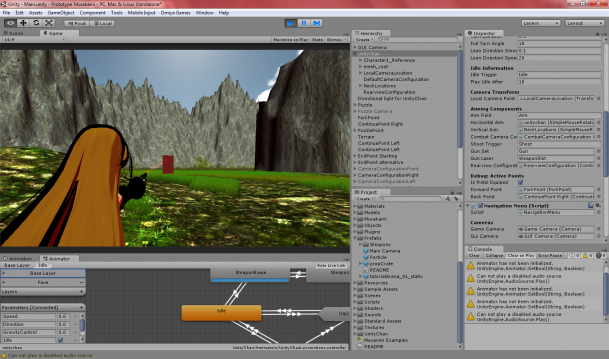 Yup, Unity-chan is finally holding a gun. The plan is to have this as an equip-able item during the puzzle sequences, so there may be portions where you have to sacrifice your pistol for a brief moment to get through a certain passage. How thrilling!

And for early credits, the pistol was created by Lotnik, and licensed under Creative Commons Attribution 3.0 Unported.