Today, I implemented a button to turn the character around 180 degrees at any point in the game.

Last time, I was working on making Unity-chan move in a pre-defined, on-rails fashion from point-to-point. Today, I implemented a button to turn the character around 180 degrees at any point in the game. Additionally, I cleaned up the running and turning animation so that the character moves very smoothly. Lastly, I updated the physics so that the player can climb and descend hills pretty easily. 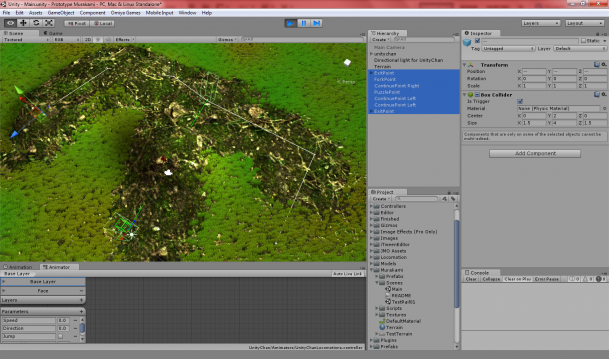 The screenshot above shows my work-in-progress with the rail system. Like Killer7, the intent is to have several branching paths. As of now, the connections between each points are working, but the ability to choose which direction to go when approaching a fork in the road is not. Hopefully that can be implemented tomorrow, making the prototype of a navigation system complete.