Projekt Welherrscher - Phase 2 will be released over at Desura on June 20th, so mark your calendars! It'll be the current (open beta) release already available over at IndieDB and as usual it'll be free (and stay free, even once the final version is released).

Posted by SaschaWillems on Jun 7th, 2013

The current (open beta) release of Projekt Weltherrscher (german for "World ruler") will be available for download on Desura starting June 20th, making this the game's (and my personal) debut in the world of digital publishing.

Projekt "W" is a complex turn-based strategy game set in a not-so-distant future that puts the five big remaining nations up against each other on the battle for world domination.

To lead it's nation to victory, the player unlocks new technologies through research, unleashes mighty global projects (including nuclear strikes), manages staff (scientists, agent,s generals), does espionage and sabotage, manages his army, captures enemy regions, constructs buildings inside his regions and much more..


The game uses OpenGL and shaders for state-of-the-art graphics, allows up to five human players (via hotseat), implements an AI for computer controlled enemies. It comes with a deep technology tree, dozens of building types and military units and implements a full threedimensional (also turnbased) battlefield where players fight over their regions in different regional settings. 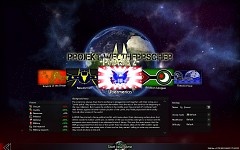 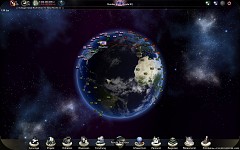 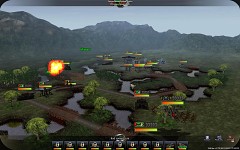 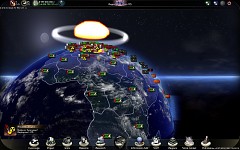 The game also implements it's very own user interface and comes with an extensive tutorial that spans over 70 chapters, that goes into detail on the game's deep mechanic, so even newcomers to the genre will be able to survive in this hostile future.