Read the latest news about the development of Project TTT


2014 is approaching it’s end and I’m here to give you the first update for Project TTT.

First of all I want to thank all the people who have decided to track our game. It makes me and the whole team extremely proud.

At what stage is Project TTT now?


The game is in early development and the team is doing its best to create high poly 3d models for the demo. We’re in constant search of people who can join the team in order to make the demo faster. Right now we’ve 3d modelers, animators, music composers, level designers.

Most of the guys took few days off to recharge their batteries for what it’s going to be a great 2015 while me, Simone, and Fabio (the two cofounders) decided to work even of Christmas Eve and to resume operation on the 27th. Every other team member will restart to work in their free time or full time on January 2nd.

Don’t worry you’ll have a chance to know the team much better than this. In fact in each future update every team member will present himself and he will answer few question so you’ll know better who is working behind the scenes.

Now let me give you few information about the game.

As you can probably tell from the game’s description Project TTT is about time travel. It’s not that easy in fact you’ll discover while playing the game that it’s not that safest thing of the world and scientists have worked a lot to be make it safer. You'll see that time travel is like sending humans on the moon or on Mars!

The time machine will give you the possibility to live again historical moment from the past but it can also be used to just ”jump” few years back. That’s why there are going to be missions that will take place almost in contemporary years of the game and missions that will take you back to Cretaceous ages. Don’t worry, you’ll be trained and equipped to survive even in extreme conditions!

Speaking about the story and levela I can already tell you that there are going to be 10 unique levels/missions and one where one of those level will take place will be choosen by you, the players!

I don’t want to give out too much information now, especially because everyone is getting ready to have celebrate the end 2014 and the start of 2015 so I’ll just leave you with few more images of the game.

The whole Enjoyable Games Team wish to you and your families an happy 2015. We wish you all the best for this new year! 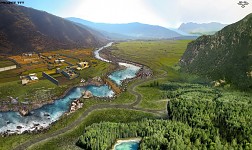 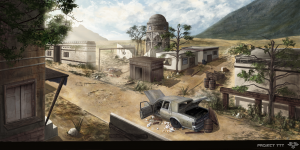