Creating new projects and loading existing ones - the "Project Hub" combines both! 👨‍👩‍👦 Take a look and read a short traffic and numbers analysis of our sandbox.

In the last devlog I talked about the "New Project"-dialog and that it needs an overhaul (which was soo damn right... 🤪).

But instead of just replacing colors and forms, I re-thought the whole thing, because I was simply not satisfied enough with just a small and simple dialog - the Project Hub was born!

The Project Hub combines creating new projects or loading existing ones. In a later update you will find a Steam Workshop tab here, where you can download user created particle scenes and particle effects.

The preview images of the projects are pre-rendered APNGs (animated png's). They are also supported within the Steam Workshop. This means that you will get nice preview animations of workshop items directly inside the Mercury Particle Sandbox - Hallelujah!

This is how it looks when you load a project from the projects folder:

Do you think we cut the video during the loading process? Well, think again! Because what you saw in the video are the actual loading times - it's nearly instant. This also counts for very large scenes which including many different entities. Each entity can be of physical or particle nature and each of those entities can have its own node graph with many different nodes.

The reason for the fast loading times is a BINARY serialization system, which works together with a JSON serialization system in our sandbox. Imagine it like this: we have a json "MetaData" file and many small binary files. All the binary files are written into the json file by reference and they will be loaded in a specific order guided by the very same json file. A binary file is for example a node graph or a mesh file. A mesh file is a physical system like a 2D Matrix. So, the loading process is like a chain of data from very small to big. But size doesn't really matter in this system, because a saved scene gets re-constructed in a procedural way.

Okay, this should be enough for the first. Are you still here? 👨‍👩‍👧‍👦

Then maybe you are also interested in this APNG thingy!? Well, there is nothing much to say besides that APNGs are like GIFs, but better 😎

The biggest advantage is that the APNG supports transparency - the GIF doesn't. The file size nevertheless is often the same or even less. It all depends on the frames and the Mercury Particle Sandbox gives you full control over it! 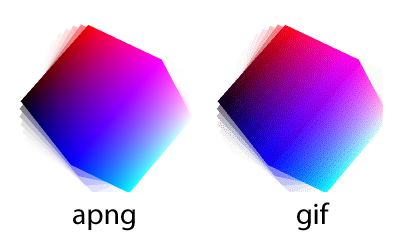 This makes APNGs way more beautiful than GIFs. It simply supports more colors because of the transparency, which makes it look ultra soft and vibrant. Look at the texture of the left cube and the transparency effects, aren't they nice? 🎨

I want to write some Steam Guids in a later development stage to explain things like that in more detail, but in the moment i'm busy with different things like writing devlogs before going early access ... 😉

This will be not a deep analytic but it should give you an idea how we are currently standing with our sandbox on steam.

You need to substract 1/4 of the page-views and impressions, because they are generated by bots coming from somwhere in the internet. It's so called "Bot-Traffic" and pretty normal nowadays 🍪.

Here is the exact value:

We need to fix some critical bugs and do steam backend tests as well as some paper work before going early access. And... yeah, small things like that! Early Access is nearer then ever before and I hope that everything goes well. 🚨

Don’t forget: We will release this application COMPLETLY FOR FREE ! Our only “currency” is YOU - following and whishlisting this sandbox on Steam:

We would also love to get your follow on our steam developer site:

Things like that helping us immensely to get visibility and to spreading the word.

We've got already a nice amount of wishlists. So, big THANKS for your ongoing support.

Thanks for reading and we are hoping that you like the Project Hub ideas.

Have a sparkling day! ✨