Hello everyone, last month we introduced our little game and showed some of the progress. We plan on doing this somewhat regularly (only if we have something to write about though). This month we focussed on improving the gameplay aspect of our game as it was somewhat dull.

We added a new movement pattern for enemies. Previously enemies would move in random direction, so getting into combat was more a game of chance or a player choice than strategy. This was boring as most enemies could be avoided quite easily and there wasn’t a lot of strategy involved in planning out your path through a room. Therefore we added a new enemy a red slime that will stalk the player and start a battle if it is near. It adds a bit more complexity to the overworld part of the game.

A new room type was added: “the challenge room”. Simply put it’s a room that will start a challenge when the player enters the room. In the current implementation the doors in the room will lock and the player will need to defeat all enemies that spawn to progress. In the future we will likely add some more variants of this room. But for now it’s nice to have something in place that breaks the pace of the game. 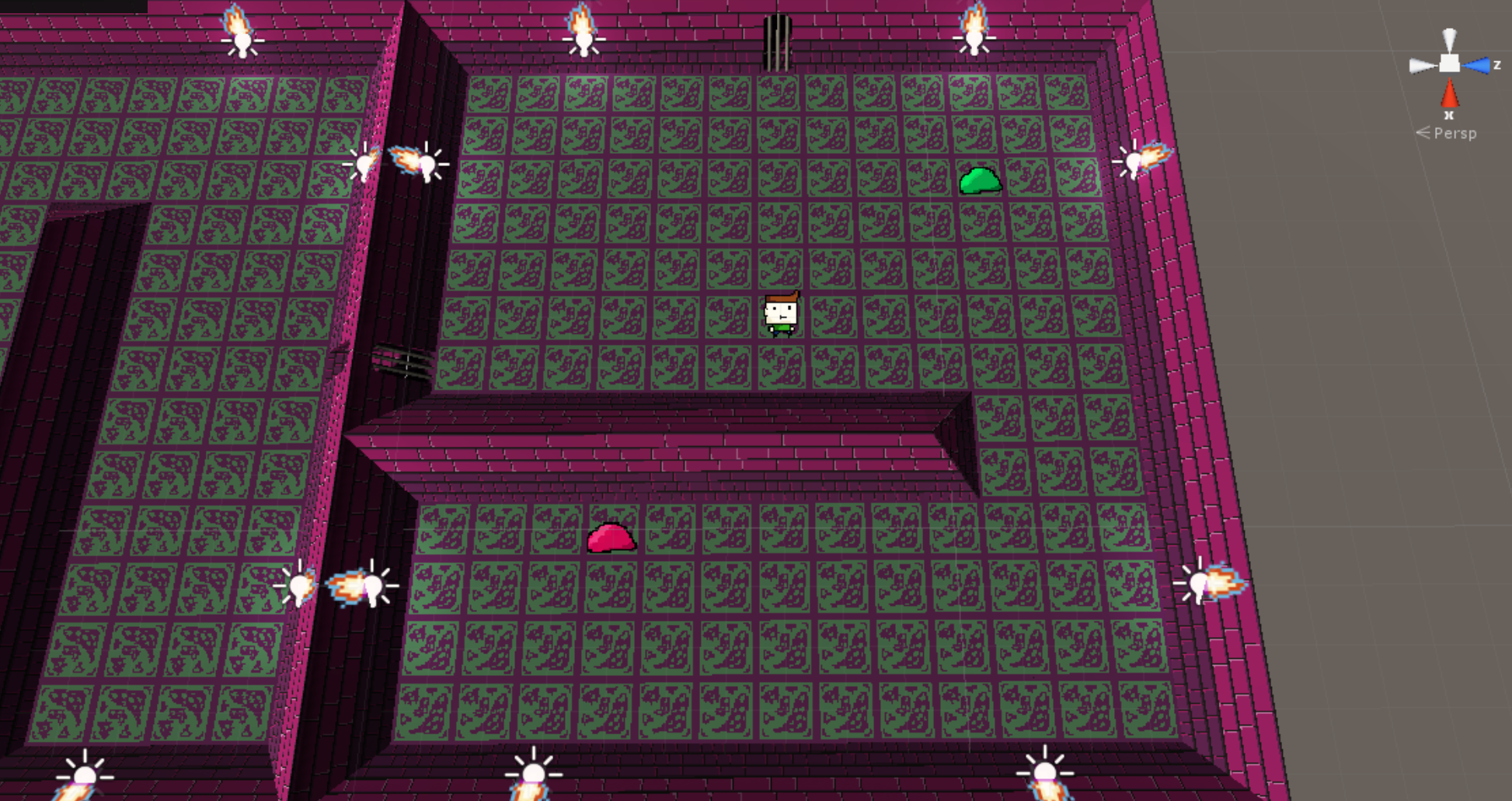 In our game, like in many JRPGs, it is possible to get paralyzed. However as the game is of a roquelike-ish nature you will probably not have items like a paralyze heal to deal with these status effects. The game then becomes a cross-your-fingers-and-hope-you-can-attack affair, this is not fun as it does not provide any strategy. So to fix this we added an option that will heal paralysis, you now have to make a conscious decision will you take the chance to cast an attack or will you use the paralysis heal and lose a turn. We’re not sure yet if we’re going to keep it like this in the game, we will need to play test it more, though we’re pretty sure that it is better than having to rely on blind luck. 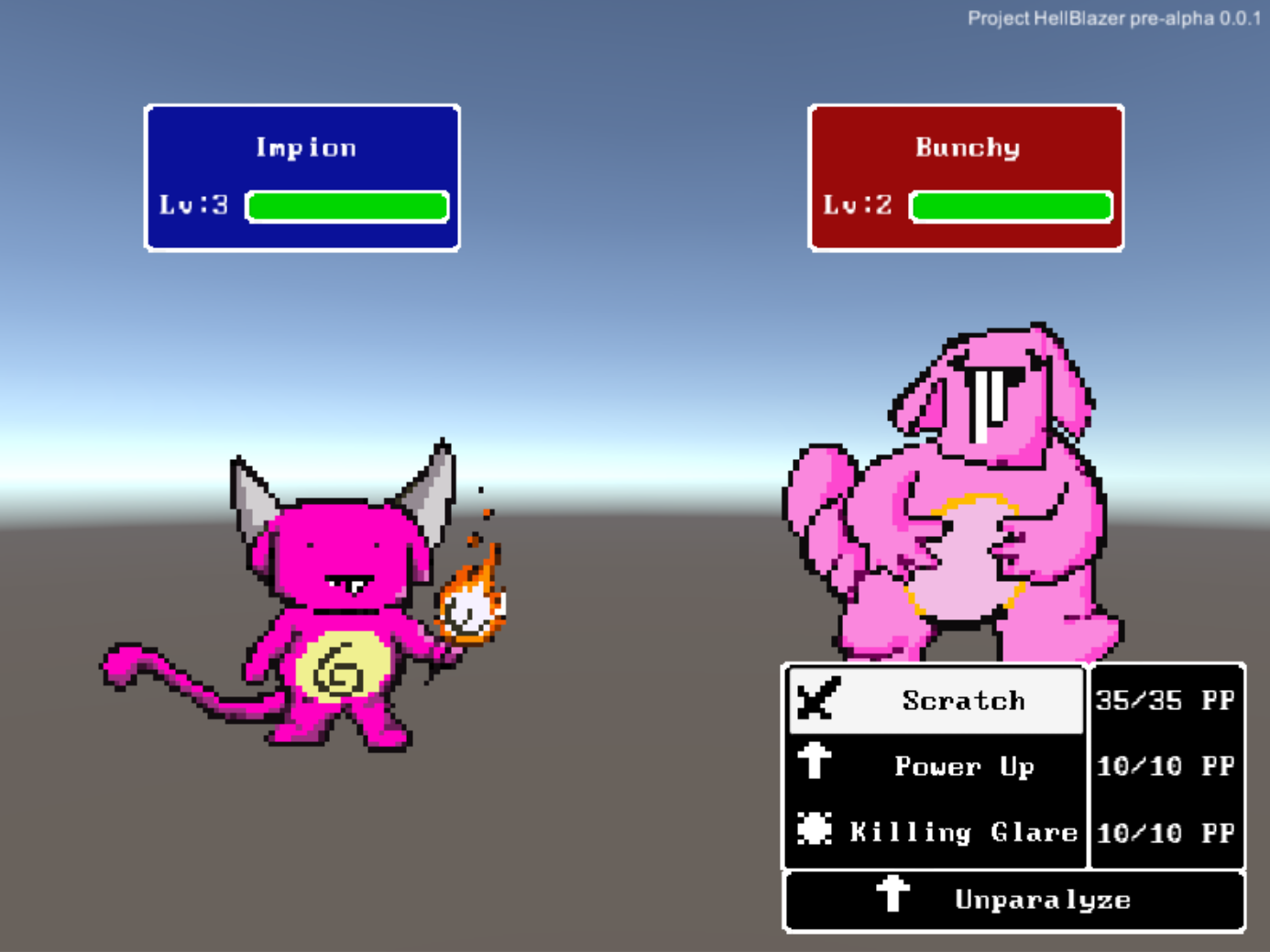 The camera used to follow the player on a 1:1 ratio. We never liked the way it felt, it was rather janky. Also when the player was in the corners of a room the camera would expose large parts of the room next to it, we didn’t like that either, it ruins the fun of exploring the next room. The new camera system is a lot smoother. It will also not move too far outside the borders of a room and has a cool transition effect when you leave a room and enter the next.

Jop created a cool looking magic book which the player can interact with. We’re not going to tell you what it does quite yet, as we’re still figuring that out ourselves. We just wanted to show you as it looks cool.

(It still needs some refinement, but it looked cool)

Thanks for getting to the end of this update, we hope you are getting a bit more interested in our project. If you would like to do some very early testing or stay up to date pass us a message and/or follow the game.