Welcome to another week of updates from us at Prototype Studios. We've been working hard these past few days to bring Project Empires to a near-demo state. On this weeks update - Buildings, Units, and Maps.

Welcome to another week of updates from us at Prototype Studios. We've been working hard these past few days to bring Project Empires to a near-demo state. On this weeks update - Buildings, Units, and Maps. 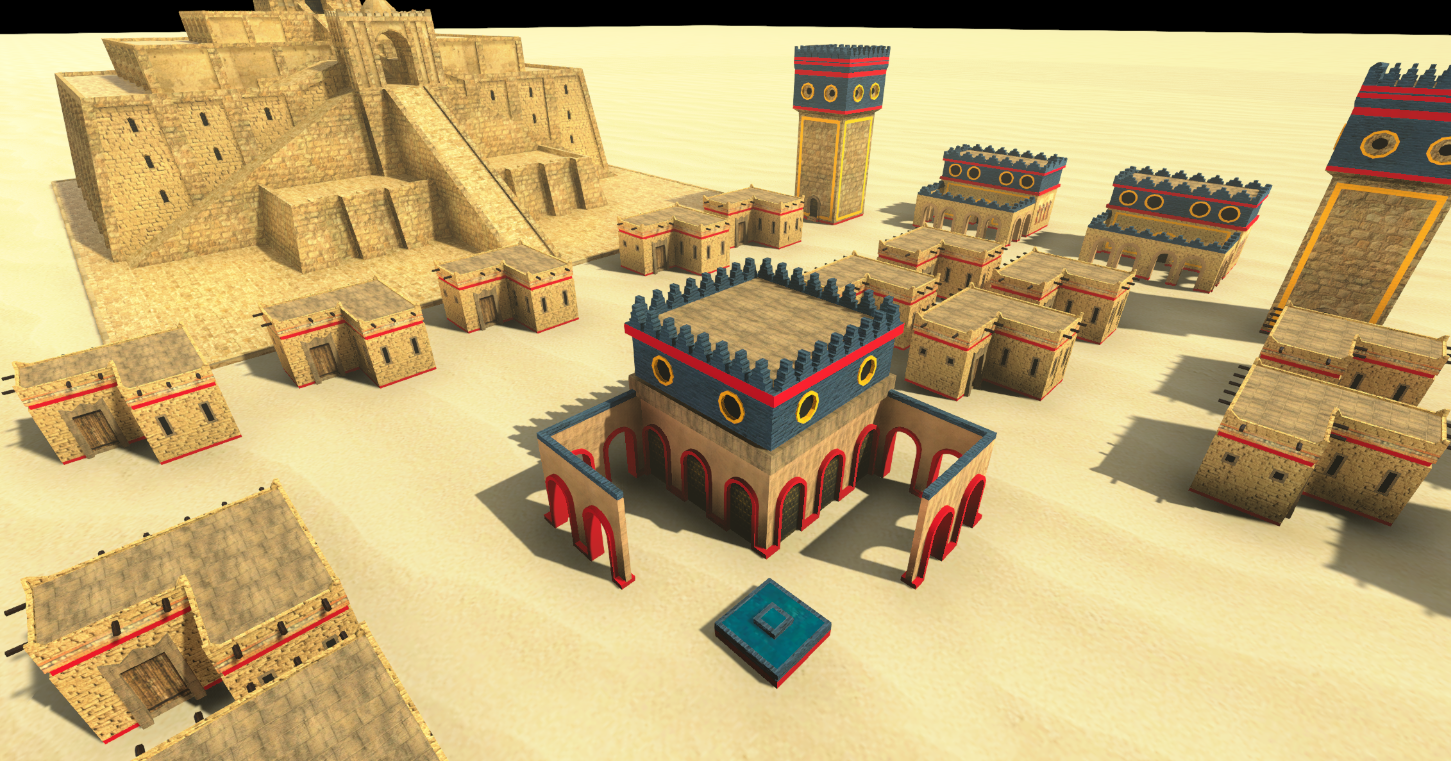 The above shows the Babylonian civilization set of buildings, including its wonder. We've had some internal feedback for the design and concluded that to have something that is visually aesthetic yet historical, we've toned down the colors of the buildings and used Substance Designer to design the stone material on the buildings. 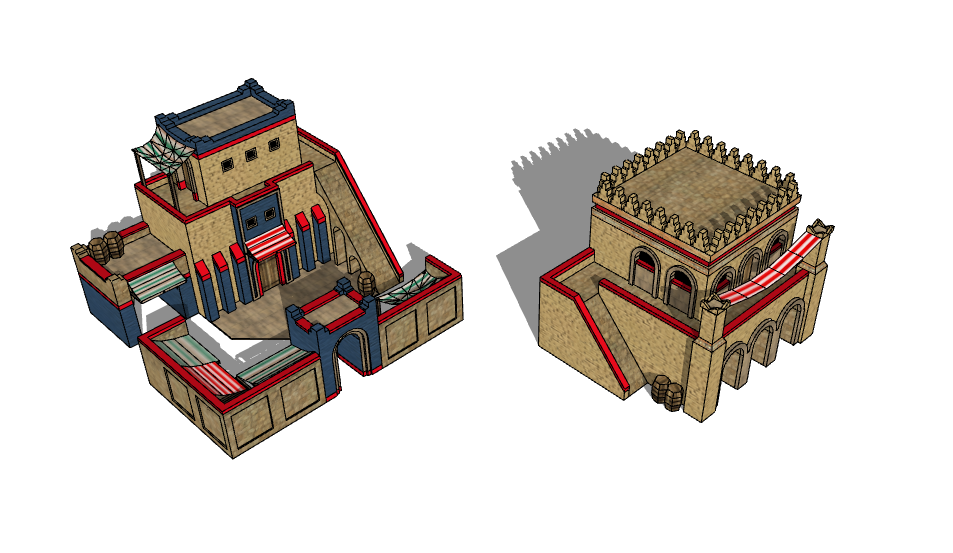 That is a work-in-progress of the Babylon Set. These buildings and its design plays an important part in the visuals and gameplay. We don't you to see the same set of buildings across plays each time.

We aren't showing the design of the units just yet. Instead, we're showing the units gameplay. As units play a crucial role, we wanted a refined experience for it, something that isn't cluttered by buttons and more buttons. We've decided on how to approach this and came up with a design similar to Arma3.

*Sorry about the crude drawing. The idea is to have a small circular menu hovering over the selected unit. This menu would have the current units available commands such as Attack, Defend, Build, Follow. This, we think should be a way of removing alot of clutter from the on-screen ui.

Here you can see the unit selection is ready. You can select multiple or single units. You can also see that having multiple units work on a building project would have a buff on the building time, making it shorter. We will post more about the gameplay next week.

We've made good progress on building the maps you'll play in. We've got 3 ready for a gameplay demo we'll be conducting soon and more in the making. Our maps usually start off like this:- 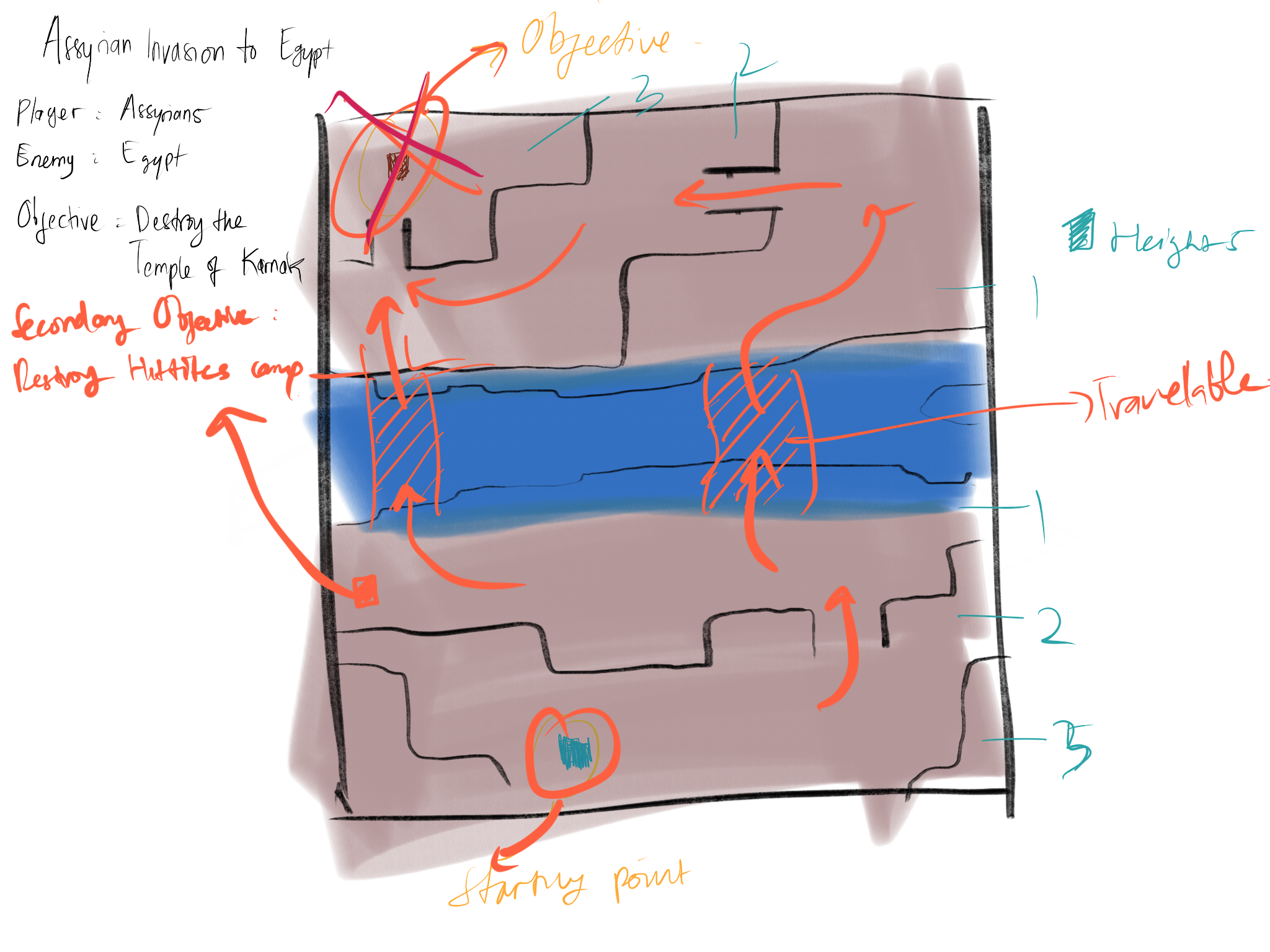 Where we visualize the game and make the map around it. Next is where we turn it into a Unity scene:- 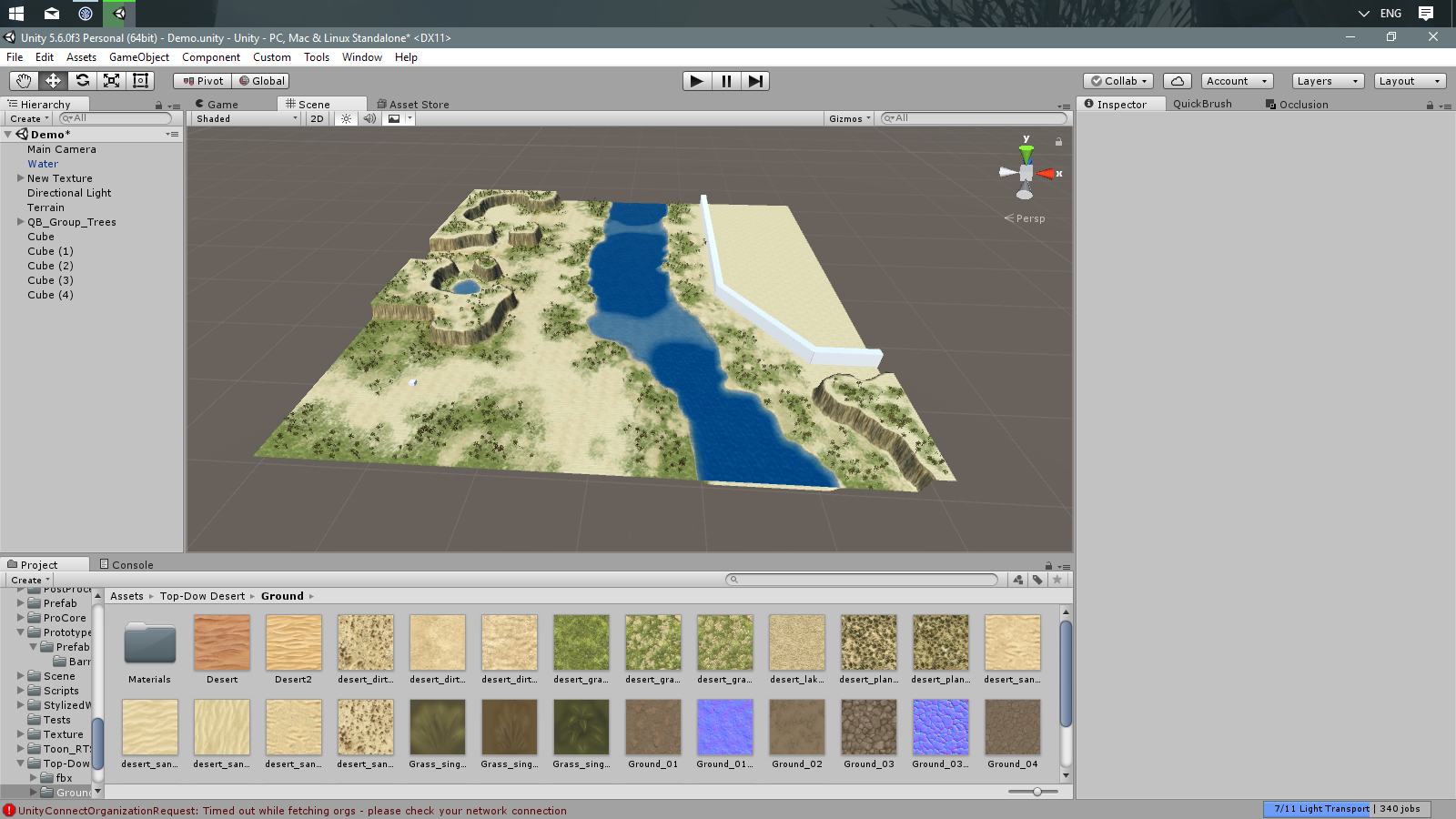 Our programmers built new tools for us to build the terrain, from visualization to procedurally placing environment objects like tress and rocks. We've also utilised Unity's capabilities to use Substance materials, where we used it to render the water including its waves, refractions, reflections.

In the above video, you can go and see one of the maps of Project Empires, the Nile river, a native map of the Egyptian civilization. Well, I guess thats all from us, until next time. - Haikal Izzuddin (Project Lead, Prototype Studios)