We've revealed our latest game a few weeks ago and now, we've got the first updates ready for you guys to see our progress. As our art, design and code departments are all making major progress, and the general direction is crystallizing, we feel confident enough to start sharing regular development updates. These blog posts will follow a simple structure, as our three leads talk about what they’ve been working on.

Welcome to our first development update. We will be posting a new dev update every Friday but we started this first one early just to give you a heads-up on what we've been doing here for Project Empires.

First of all, let’s introduce the team of artists working on this epic title. My name is Raihan, the lead artist at Prototype Studios. We’ve already layed a strong basis for our visual style, combining the classic Age Of Empires style of art and the modern low-poly art style.

Because we have a general idea of the game, a basic story and some prototypes that we can work from, we decided to start building on the game and its universe starting with some of their most basic inhabitants. We call them the ‘villagers’ (that is, until we have a better name), and they’re the ones who runs around your screen building that empire of yours.

The villagers are the people who live in the game world, they help you build your buildings, help you gather resources, and more. However they're extremely fragile and can be killed easily by foot soldiers. To help them defend themselves against attacks, they can be trained into militias with an increased stats.

The buildings within the game are however behemoths when compared to the villagers (isn't that the case for ancient structures? Big). Right now, we've got the Town Hall, a place where you manage taxes, research civilization upgrades, train villagers, etc. Next, we have the house, the house is literally a house. It increases your population limit so that you can train more and more of your tiny friends. Lastly, we have the barracks. The barracks is exactly what you think it is; a cheese... Nah it's not really a cheese, it's where your foot soldiers are trained. Here are some of the designs of the structures: 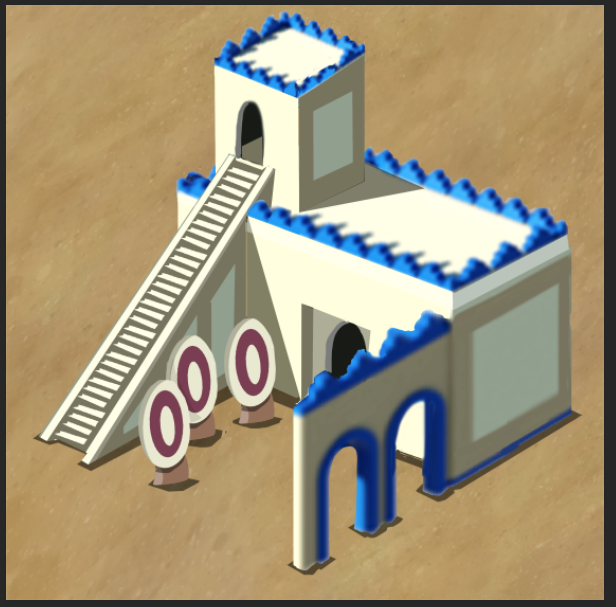 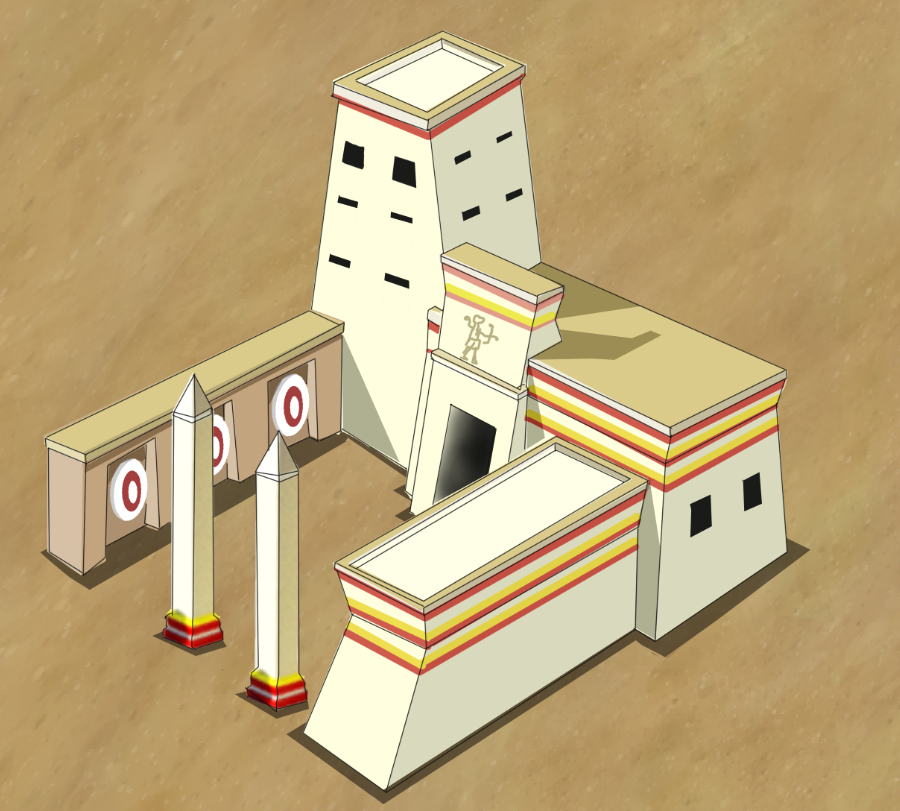 Following the classic Age of Empires game modes, skirmishes are 30~ minutes long matches where players compete against other empires in either a team deathmatch style of game or deathmatch.

Matches follow a core gameplay structure: explore & gather, build & expand, destroy & conquer. Players are spawned into a map with along with a few villagers for them to setup their empire, they would need to explore a bit to find that right spot for their first empire. Based on this intel, they set out to build the Town Hall, the empires government building, this will help them train more villagers and gather more resources. As the players empire advance, they would finally reach a point where they can train military units, this is where the games get destructive. To win, players will need to either destroy, conquer or assimilate the other empires either through military force or diplomatic actions. The levels’ procedural nature forces players to think on their feet and improvise strategies. Here are some more details on the most important gameplay elements:

The AoE construction mechanics (as far as I know) allows only for one villager to work on a building. For Project Empires, we've increased that limit and also made it to work like real life. Have more villagers work on a project to have it finish earlier. As shown in the gif below.

An improvement over the AoE gameplay is the new Diplomatic Actions. Build relations with other empires to have them send resources/units to you, help defend your empires for some amount of gold, or assimilate them into your empire and have them convert into your culture.

Each level has a procedurally generated element such as vegetation, disasters, and wild life. The uniqueness of each level means that players will need a new strategy within each match. Maps consists of some of each civilizations unique locations such as the Nile River and the Oasis of Ra for the Egyptian civilization.

Over the last months we’ve been prototyping the game’s strategies and have been shaping its unique flow. In future blog posts we'll elaborate on the design decisions we’ve made thus far, so you get a better understanding of our process.

Hope to see you again on the next update.