In this devlog update, we'll look over the new updates made to Project Crypt since the last update.

Welcome back to Project Crypt!

Since our last devlog we've made significant progress, refining old things and adding new ones.

So let's go over them.

This short gameplay video demonstrates the new gameplay of the game and the intro locations.

Let's start out with the UI: Since our reveal of the new inventory system, it has gone through a few changes - it now has item names and objective listings: 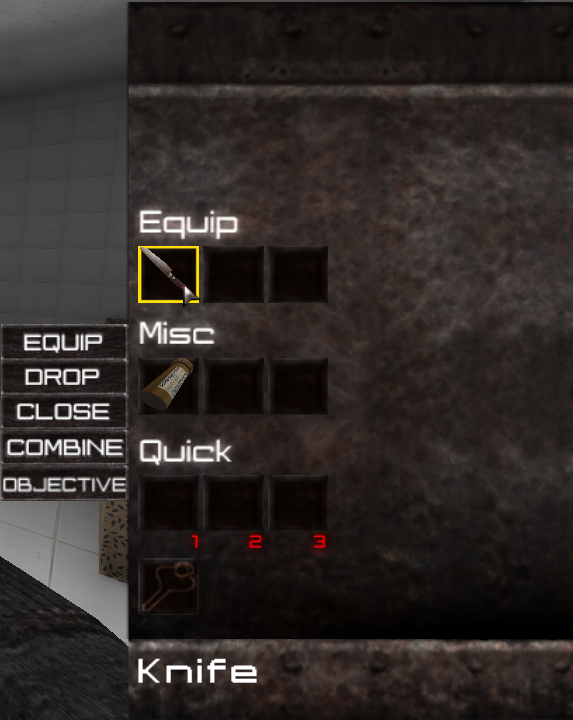 The objectives would update automatically, as you go through the levels.

We've taken a lot of time to improve the old enemy models, have the Faceless as a comparison: 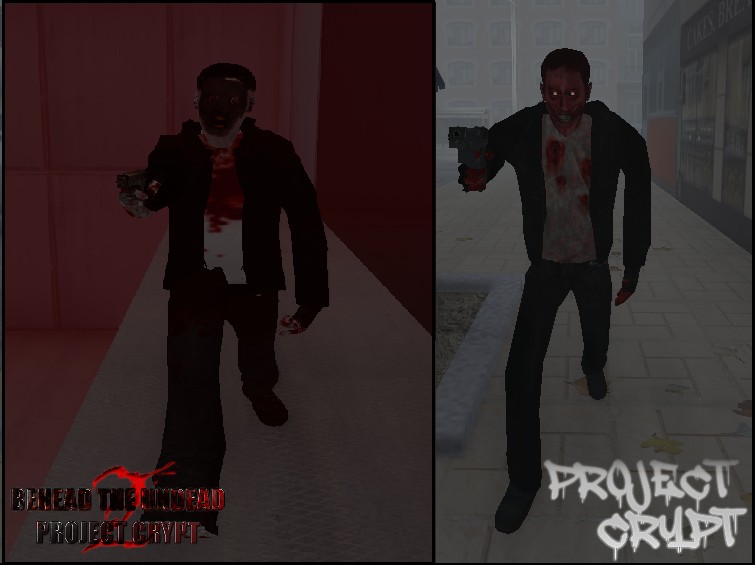 Additionally, new enemies will appear in the game. I don't want to reveal what those are, because I don't want to spoil the surprises for you. Here's screenshots of a couple of the new bad guys added: 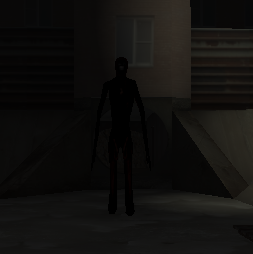 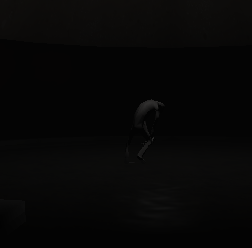 It's not just the models that have been improved. Their behaviour has changed too. For example, the faceless now can run out of bullets in their gun, and they will try to run for cover before reloading. It's nothing ground-breaking, but the new foes will be a little bit smarter than average Doom monsters.

Let's not forget the player's arsenal - that also has received some work. We decided to rethink the armory from BTU 2, and we've only left the guns that would differ from each other. Trimming down the arsenal, we improved their visual fidelity. 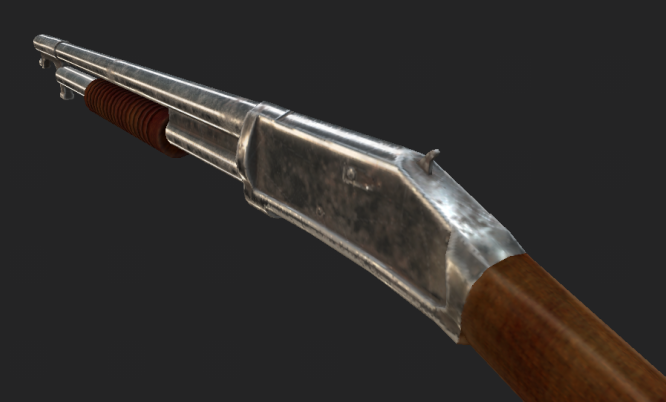 And here's the revolver model: 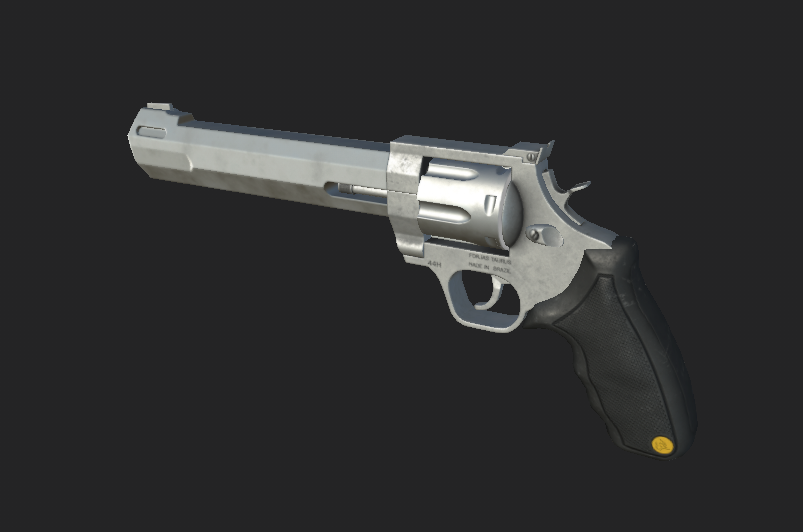 The weapons will also be reanimated, so they would fit the game design and balance. They will each have their advantages and disadvantages, and since you'll have a limited amount of inventory slots to choose from, you'll have to think which ones you actually want to carry.

I'm not gonna say a whole lot on this, since I don't wanna spoil too much, but I will show that some BTU 2 locations have been remade: 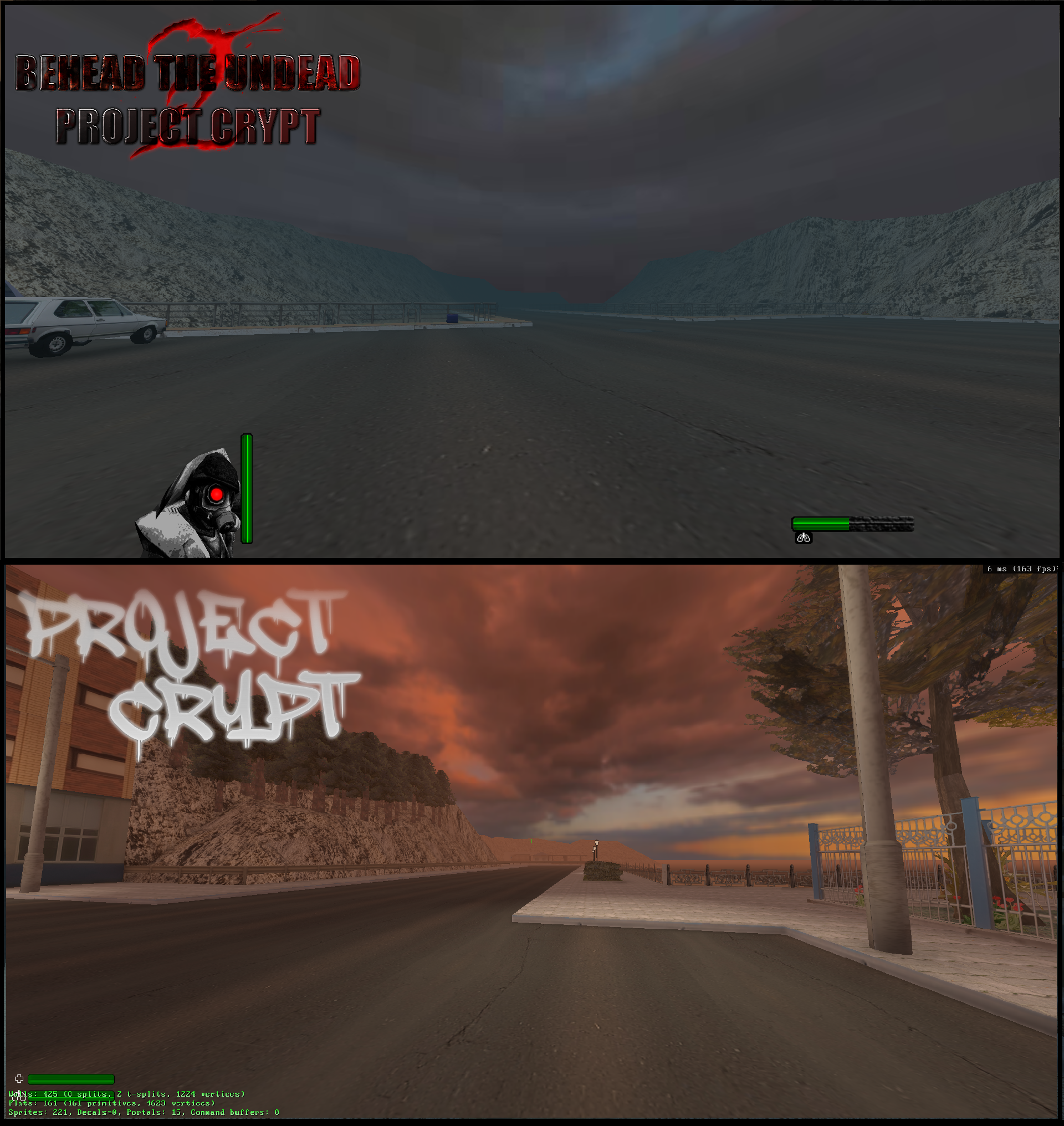 The game isn't gonna be a complete remake of BTU 2, but I decided to remake some of the more scenic environments from BTU 2 in Project Crypt.

Thanks to a GZDoom update, Project Crypt will also feature localization into different languages. It will be limited to UI text and subtitles though. Yes, this does mean we'll have to ask for help from translators, so if you want to help us out, let us know in our official Discord server linked down below. Here's a list of all the supported languages by GZDoom:

The menu in English: 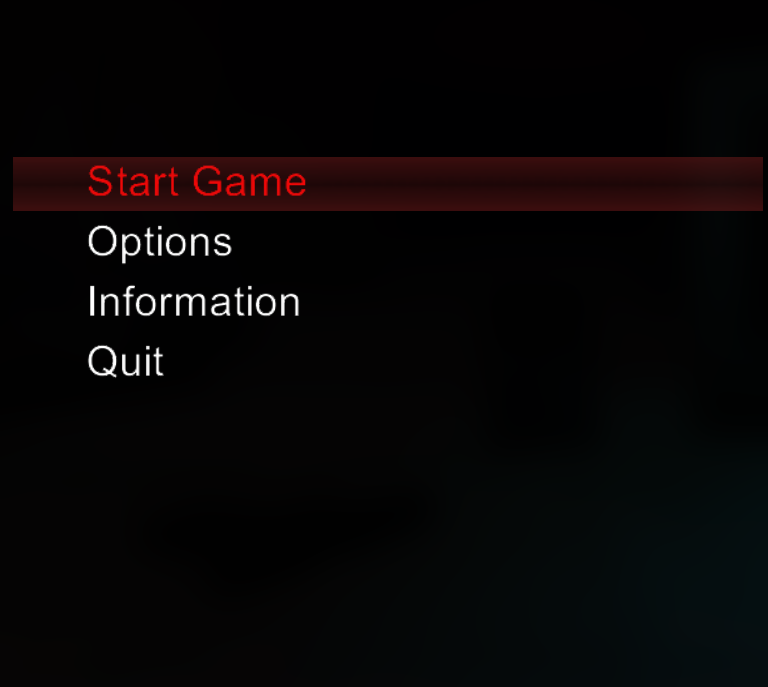 The same menu, but now in Russian: 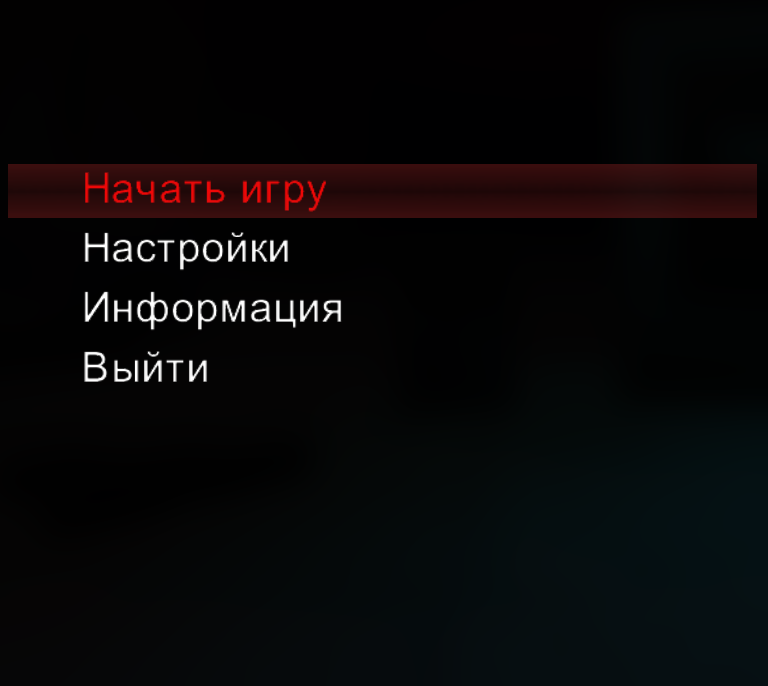 NOTE: At the time of writing this, the current version of LZDoom (the sourceport that will allow Project Crypt to run on most of underpowered devices) does NOT support this feature. While it may be added in the future versions, Project Crypt will be released with 3.87c, the recent version at the time of writing, due to the fact that it will be the last version to support OpenGL 2.0

What's next for Project Crypt?

We hope to see you again soon!

Dude, holy crap! If there was ever a case of a developer improving their skills over time this is the case! When I first came to the project it looked like a poor man's Left 4 Dead clone with less enemies and more of a horror aspect and at one point you guys were using ripped Cry of Fear assets but holy moly have you guys outdone yourselves!

First of all, despite the direct inspiration from Cry of Fear you guys have done an excellent job mimicking the experience in terms of atmosphere and horror, the new assets look good and I'm very happy you ditched directly using theirs instead of your own. The level design has improve tremendously from the original city concepts and the lighting you've pulled off look amazing, my only complaint is that the light of the lantern needs to extend further out for sure.

I'm proud of what you accomplished and while this is a rip-off of Cry of Fear it's a very well made rip-off and I'm excited to see where the project goes especially in terms of story because it would be cool to have the universe be the same but from a different perspective.

Good luck guys, definitely keeping my eye out on this one more closely!